Tumor immunotherapy has become popular in recent years. TIM-3 is another one after PD-1/PD-L1 and CTLA-4. Emerging immune checkpoint molecules [1].

As reflected in the name of TIM-3, current research on it is mainly focused on T cells. TIM-3 is regarded as a marker molecule of T cell exhaustion in chronic viral infection and cancer models[2].

Although multiple drugs targeting TIM-3 have entered clinical trials[1], but The mechanism of blocking TIM-3’s anti-tumor activity is still a bit vague Because TIM-3 is also expressed on many other immune cells, do immune cells other than T cells participate in its anti-cancer effect, or even play a more important role?

Screenshot of the paper’s homepage

In order to understand the specific functional mechanism of TIM-3, the researchers used a large number of conditional knockout mouse models.They found that in After knocking out TIM-3 in CD4 and CD8+ T cells at the same time, tumor growth was inhibited to a certain extent, but not very significant ;and Specific knockout of TIM-3 in CD8+ T cells, regulatory T cells or NK cells does not affect tumor growth .

This result is a bit surprising, but the researchers quickly thought, would TIM-3 on myeloid cells have a more important function?

The researchers found through single-cell sequencing combined with flow cytometry that High expression of TIM-3 in DC1s and migDCs (migDCs) in tumors .in After specifically knocking out TIM-3 in DCs, tumor growth was significantly inhibited, and This effect is stronger than TIM-3 knocking out T cells .

Knock out TIM-3 in dendritic cells (gene name is Havcr2), the tumor is significantly suppressed

So, how does TIM-3 on DCs affect the anti-tumor immune response?

With the help of single-cell sequencing results, the researchers found that after knocking out TIM-3 in DCs, the number of CD8+ T cells infiltrated in the tumor increased. A more detailed analysis found that Early activation, effect, memory, memory precursor T cells increased , These T cells play a key role in the anti-tumor immune response[4].

Streaming analysis also confirmed that in After conditionally knocking out the TIM-3 of DCs, the memory precursor CD8+ T cells and effector T cells infiltrated in the tumor increased significantly .

One of the main functions of DCs is to promote the anti-tumor immune function of antigen-specific CD8+ T cells through antigen presentation[5].Further analyzing the myeloid cells in single-cell sequencing, the researchers found Some genes related to MHC class I antigen presentation are significantly elevated .

Mouse experiments also confirmed that after knocking out the TIM-3 of DCs, the proportion of antigen-specific CD8+ T cells in the tumor was significantly increased, and it had a stronger killing potential.Description Inhibition of TIM-3 can enhance antigen-specific immune response .

After knocking out the TIM-3 of DCs, the proportion of antigen-specific CD8+ T cells increases and has a stronger killing potential

After studying the mechanism at the cellular level, the researchers began to further explore more detailed molecular mechanisms.

The researchers first analyzed the interaction between CD8+ T cells and DCs based on single-cell sequencing technology. The results showed that after knocking out the TIM-3 of DCs, the ligand-receptor interaction scores of Il18–Il18r1 and Il18–Il18rap increased significantly.Analysis of cytokines in tumor homogenate also found Significantly increased levels of IL-1β and IL-18 . 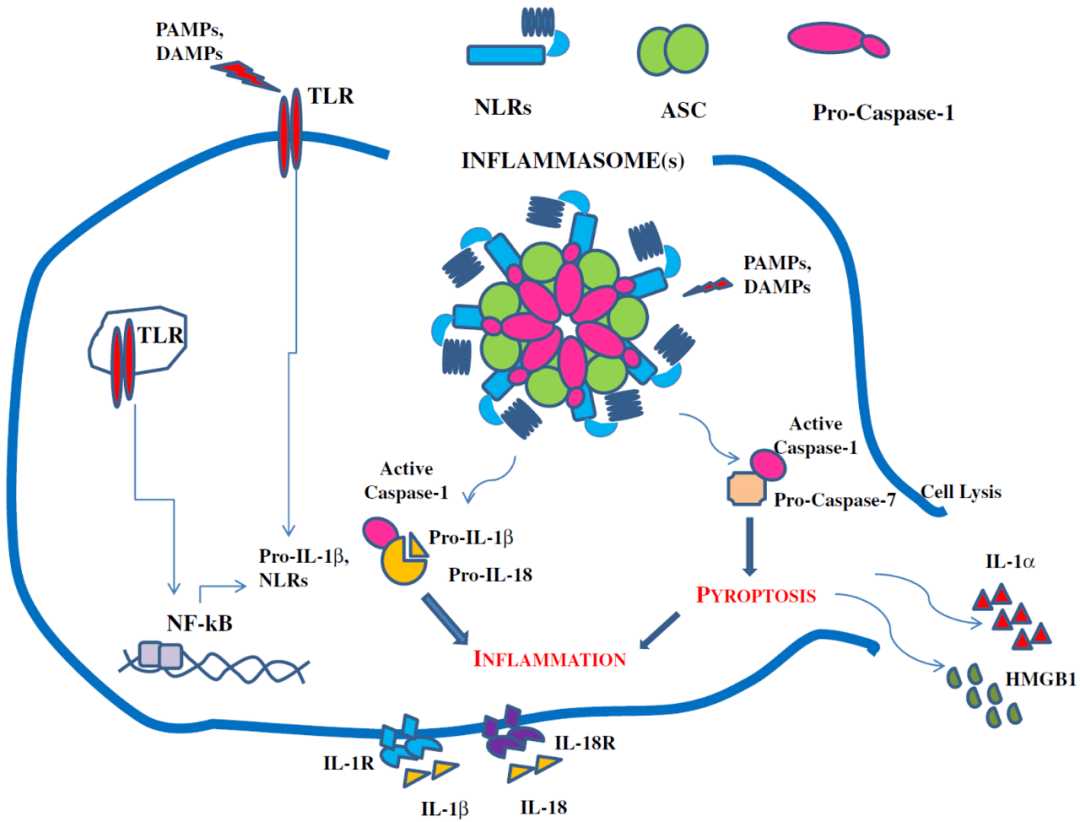 Researchers found that in TIM-3 knock-out DCs, the enrichment level of oxidative stress-related gene characteristics was significantly increased, and flow analysis also confirmed Increased ROS levels in DC1s and mDCs .Furthermore, the researchers treated mice with tumors with antioxidants (N-acetylcysteine) and found that The tumor suppressor effect brought by knocking out TIM-3 is completely eliminated, and the increase in IL-1β levels in the tumor is also completely eliminated .

After knocking out TIM-3, the level of ROS in DC1s and migDCs increased

So, is the activation of the inflammasome pathway the reason for the enhanced anti-tumor immune response?

Researchers used three ways to inhibit the inflammasome pathway (inhibition of caspase1, inhibition of NLRP3 inflammasome, inhibition of IL-1β/IL-18, friends can check the above schematic diagram), and found The anti-tumor effect enhanced by knocking out TIM-3 completely disappears, and the function-enhancing effect of CD8+ T cells is also eliminated .

Overall, this study found that compared to T cells, TIM-3 on DCs may play a more critical role in tumor immunity , This discovery has a certain subversive significance to people’s previous cognition.

The author analyzes the mechanism from the perspectives of cell function changes in the tumor microenvironment and changes in molecular pathways in DCs, but this article still leaves many unanswered questions.

For example, how does knocking out TIM-3 lead to increased levels of oxidative stress in DCs? In addition, the experimental evidence of the relationship between oxidative stress and inflammasome activation in this article is still weak. In this model, is it possible that the inflammasome may be activated by other factors?

How does the activation of inflammasome affect the function of DCs and T cells? Is it possible that TIM-3 may affect the function of DCs through other mechanisms?For example, in the latest issue of Immunity, Brian Ruffell and others believe that Blocking TIM-3 contributes to the activation of the cGAS-STING pathway in DCs, thereby promoting the anti-tumor immune response [8].

Although TIM-3 still has a lot to be studied, it is worth looking forward to that many TIM-3 antibodies have entered clinical trials, including some domestic drugs. It is hoped that these drugs can be marketed as soon as possible and benefit more patients.

Xinhua All Media +｜The Power of Belief-Entering the Theme Exhibition of...

editor - June 16, 2021 0
In the past few days, the Chinese people have been saddened by the departure of the two giants of science, and they have also...