Kaiserlu, this is an over-the-counter drug that the common people are very familiar with, and often find it difficult to tell. However, Kaysaluru has recently become an extremely cost-effective “skin care artifact”, and many celebrities and Internet celebrities also endorse it. Is Kayseri really so magical? The reporter launched an investigation on this.

The skin becomes smoother after applying the corkscrew

Citizen Ms. Pang is 26 years old this year. As a beauty lover, she likes to learn various skin care skills by using Douyin and Xiaohongshu during her breaks. Recently, Ms. Pang became fascinated by Kay Selo.

“I think Tranquility, Fan Bingbing and many internet celebrities are all bringing goods to Kaisalu. After a period of time, after rubbing the body with Kaisalu, the photos taken out have indeed turned white and delicate, but they said they need to stick to two or three. Months, I really want to try it, but I’m afraid that it won’t work or have side effects.” Ms. Pang said that because of her dry skin, she used to rub body lotion before going to bed. Recently, according to the celebrity’s recommended method: Snake oil ointment was mixed with Kaisailu, and tried to apply it on hands and feet. It felt smooth. As for the whitening effect, she hadn’t felt it yet. The point is that this hybrid skin care product is much cheaper than body milk.

Mr. Luo, a citizen, told reporters that he had an unbearable past for Kaisalu. “When I was a child, the adults in the family bought some kaiser, because the bottle looked cute, so I secretly used it to play with it, and then bit it open and found it was sweet.” Mr. Luo said, after tasting the sweetness, he felt it opened. After closing the door of the new world, I drank five or six bottles of corkscrew at home as a drink in the afternoon, and then had diarrhea. When his parents came home from get off work, in addition to the peculiar smell at home, he was also weakened…

“So, no matter which one tells me that Kaysaluru can be used for skin care, I would never believe it!” Mr. Luo said.

Reporters log on to platforms such as Douyin and Xiaohongshu and found that a small number of bloggers indeed recommend the use of Kaisero for skin care, and most of the video content is only an analysis of the ingredients of Kaisero.

More exaggeratedly, some bloggers said that Kaiseru should not be used during the day, because Kaiseru is “photosensitive”, and it is easy to “blacken” when used during the day. At the same time, everyone has also developed a lot of mix and match methods, such as whitening with rose pure dew, white vinegar can shrink pores and blackheads, etc. As for exfoliation and acne, there are also some corresponding matching methods…

It is reported that the main function of glycerin is to absorb and store water, not to create water. Therefore, when added to cosmetics, other oils and moisturizing ingredients are usually added to achieve a better water-locking and moisturizing effect. If you simply use high-concentration glycerin, such as Kaisailu, when the external environment is relatively dry, he will suck out the moisture from the skin, which will cause counterproductive results. In addition, for groups with sensitive or oily muscles, it is more likely to cause skin redness and swelling, allergies or clogged pores, acne and other adverse symptoms. 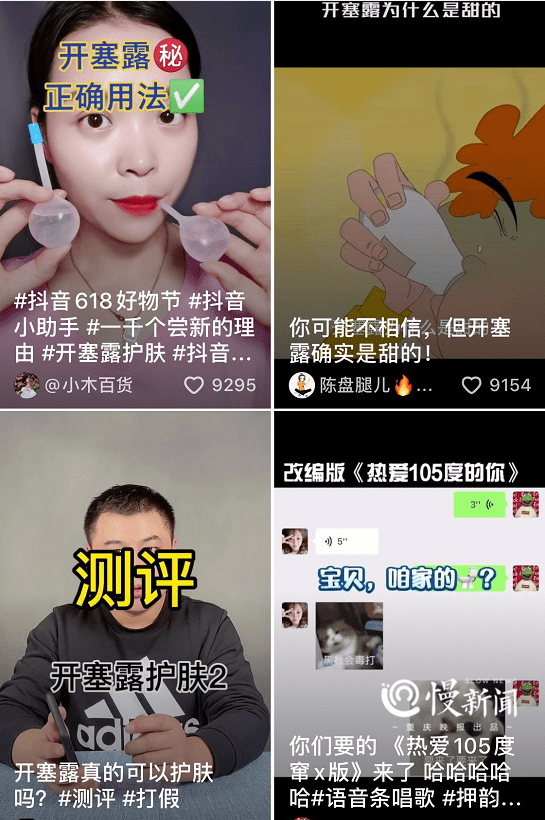 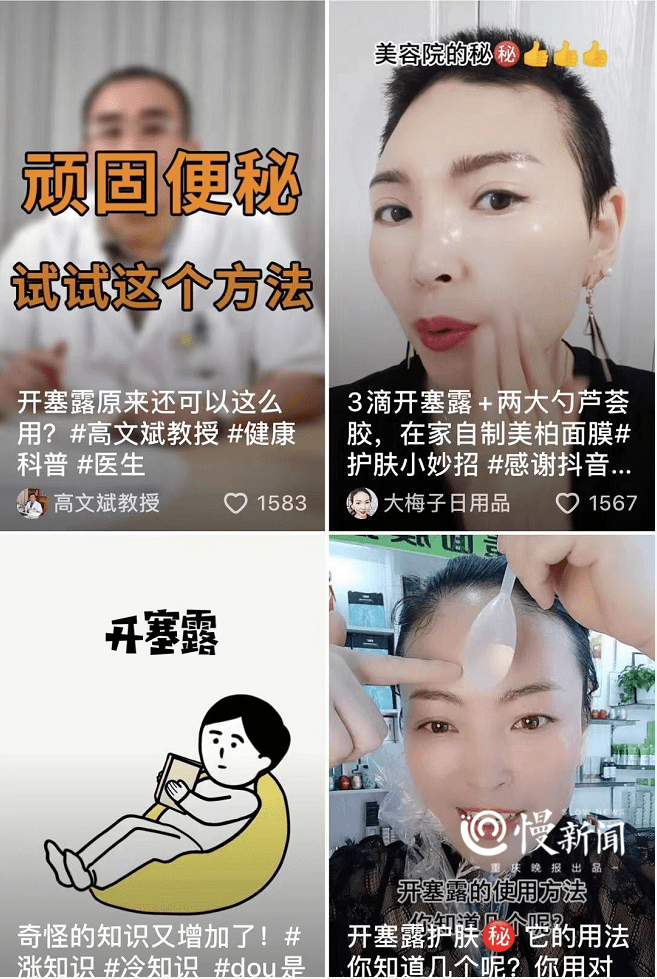 It is not recommended to use Kaiserol for skin care

The reporter visited Nan’an District, Jiulongpo District Heping Pharmacy, Tongjun Pavilion, Baijiaxin and other pharmacies. These pharmacies have different capacities of Kaiserol for adults and children. The content for adults is 20ml, and for children it is 10ml. There are also slight differences in the price of different brands of Kaisero. For example, the Kaisero for adults from Shanghai Jiayun is one yuan, while the Kaisero with the same content of Zhengyuan brand is three yuan. 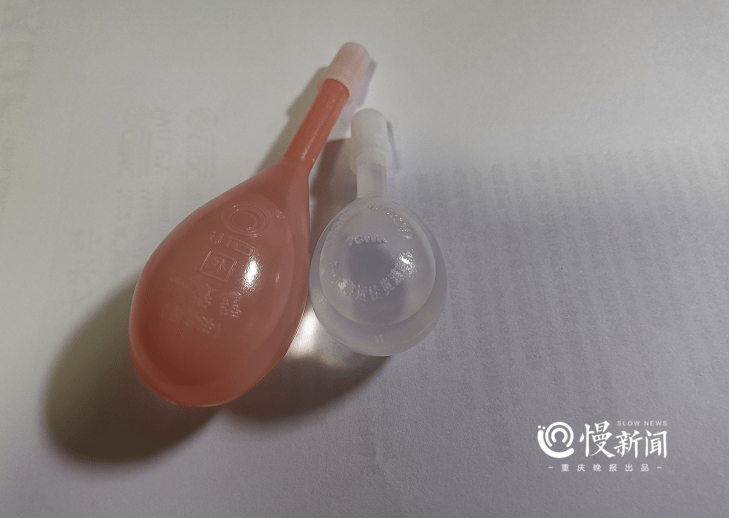 The reporter also bought a box of corkscrew, which is in the shape of an inverted lollipop. The plastic bottle is filled with a transparent liquid. The reporter opened it and smeared it on the palms and arms. Compared with skin care products, the corkscrew had a more tactile feel. Greasier. 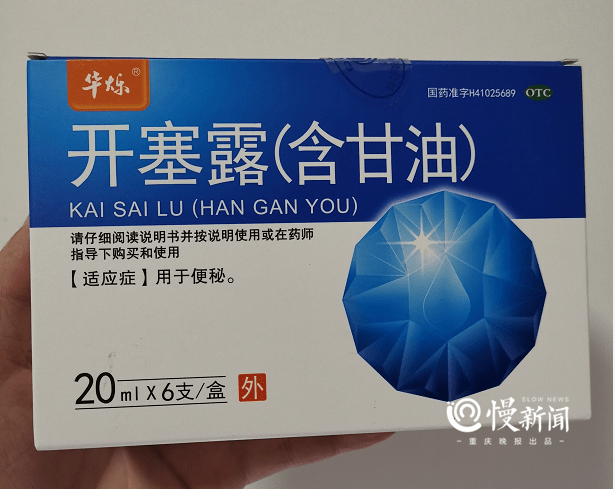 The indicated indications of Kaiserlu are for constipation

The effect of Kayseri is exaggerated

In this regard, the reporter consulted Zhou Xun, director of the Department of Dermatology and Beauty, Chongqing Hospital of Traditional Chinese Medicine. The other party said that the main ingredient of Kaisai Lotion is glycerin. Glycerin has an emollient effect, just like the shell oil used by citizens in the past. If citizens’ skin needs to be repaired, skin care products with ingredients such as hyaluronic acid, collagen, and ceramide are needed. “If the skin is compared to the structure of a city wall, these components are like cement mortar, which can make the city wall stronger and denser.” Zhou Xun said.

Xuân Mai (Vietnam+) - April 25, 2021 0
Designer Minh Hanh believes that in order to touch the traditional ao dai, to touch the value of identity, the designers must have enough...