Home Tech The youth power behind the Shenzhou 12 launch mission｜Li Xiaolin: Carry the...

At 9:22 on June 17, the Shenzhou 12 manned spacecraft launched from Jiuquan, successfully entered the scheduled orbit, and completed the deployment of the solar wing. This is another feat written by the Chinese in the history of China’s manned spaceflight, marking the Chinese space station. The construction task has once again taken a big step forward. In Jiuquan, a hot land full of merits, the Shenzhou team gathered again and again in the place where the Dongfanghong-1 satellite was raised, burying their heads and making swords for the country’s manned spaceflight industry and opening up the sky. Generations of young people hold high the relay torch of the spirit of manned spaceflight, with their hearts in Shenzhou, and building their dreams for the country. Today, “post-80s” and “post-90s” have devoted themselves to it, with aspirations, doing practical things, and walking into them, we can hear the most The full, most passionate youth story. 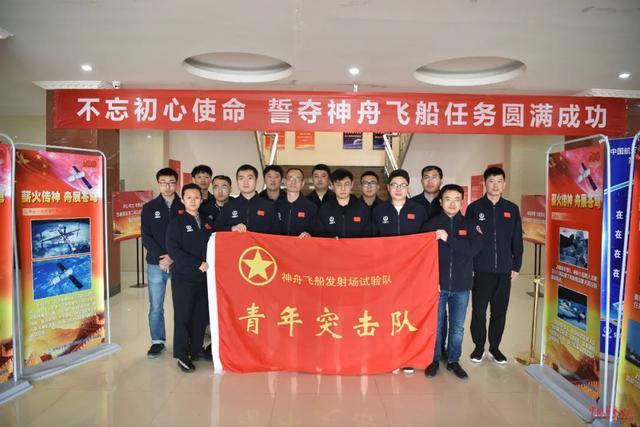 Carry the spaceship on your shoulders and move forward Narrator: Li Xiaolin, Comprehensive Test Engineer, Shenzhou 12, Fifth Academy of Aerospace Science and Technology Group My fate with Shenzhou spacecraft began in August 2010. After graduation, I became an aerospace engineer, mainly involved in the comprehensive testing of Shenzhou-8. At that time, it was the first prototype stage of Shenzhou 8, and then it turned to the positive prototype stage. I learned a lot of testing experience and testing methods from it. In August 2011, I participated in the Shenzhou-8 launch site mission. The mission successfully broke through the first rendezvous and docking technology, laying a solid foundation for subsequent manned rendezvous and docking. At the end of March 2021, as the captain of the youth commando team of the Shenzhou 12 mission launch site test team, I entered the Jiuquan launch site and began to perform the launch site mission. The Youth Commando Team of the Shenzhou 12 Mission Launch Site Test Team is a youth team, but it is composed of overall design, testing, and assembly teams. As a comprehensive test, we will do our best to check the health of the spacecraft, and carefully escort her into space in perfect condition until the last second before takeoff. Looking back on the days and nights that we have been struggling together, we can never forget the mutual encouragement of the two ships during the high-intensity test in parallel during the epidemic, and the unforgettable long-distance test link after opening up the “transformation of the sky”. It is even more memorable to face the challenge of twice the previous workload at the launch site. At that time, our resolute eyes, never a hero who fell from the sky, only mortals who stood up, ordinary and tough, tried hard to hold the spaceship on their shoulders and forge ahead. During the testing phase, the young commandos of the test team of the Shenzhou 12 mission launch site, we took the initiative to work overtime to complete the test tasks to ensure quality and quantity. The test time has changed from 14 days to 11 days, which has won valuable for the overall progress of the model. time. During the propellant refilling phase, we have people on duty 24 hours a day, ensuring the safety of the Shenzhou model during the refilling process. In the final stage of the 30-minute countdown to the launch, we were responsible for the withdrawal of the tower cable and the safety of the astronauts for the complete success of the model launch. In the mission of the launch site, we always adhere to the concept of “solving problems together, overcoming difficulties together, grasping margins together, and taking risks together”. We work hard in coordination and go all out to work hard at all stages of the launch site. Bravely shoulder heavy responsibilities, inspire enthusiasm for struggle, and strengthen the ideal of serving the country, contribute youth to the successful mission of the Shenzhou XII spacecraft launch site, and inject youth power into the smooth development of the space station construction task. Guangzhou Daily·Xinhuacheng reporter: Xiao Huanhuan, correspondent Chai Yue Guangzhou Daily·New Flower City Editor: Cai Lingyue

Trọng Đạt - May 17, 2021 0
If being tagged by a stranger on Facebook, users need to be very careful, absolutely do not access the link posted by the suspicious...