Sunshine in the land of Phu Yen is very beautiful, especially at the beginning of the day and at about 15-16 o’clock. This locality has the destination of Mui Dien which is the place to receive the first rays of sunshine on the mainland of Vietnam.

The natural scenery of Phu Yen is simple and beautiful, the locals are kind, and the food is delicious. Because tourism has not really developed, many areas in this province still have primitive features, infrastructure and accommodation do not have many facilities. But this is the attraction for those who like natural beauty, who have not yet explored and “destroyed” humans, carrying backpacks to find. 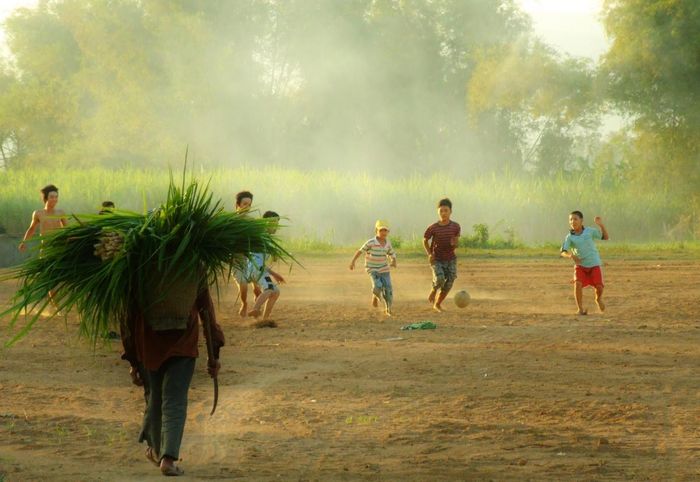 The man went to cut sugar cane (young sugarcane) to feed the cows, passing the “field” football field of a group of children in the village. Every afternoon, after class or temporarily finishing housework, the group of children and adults in Phuoc Loc village, Xuan Quang 3 commune, Dong Xuan district rehearsed a few football matches in the afternoon sun. 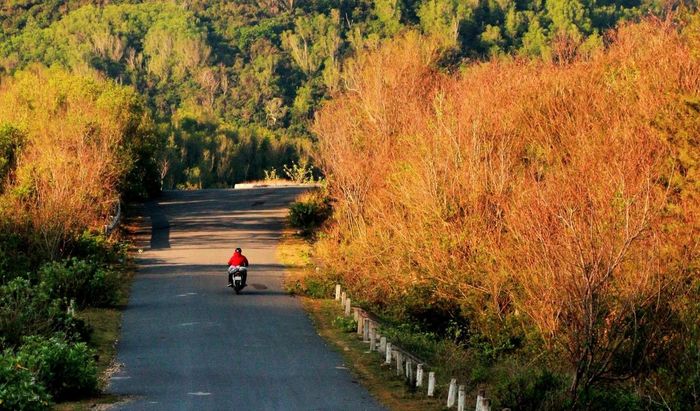 A man rides a motorbike on the road to Mui Dien (Hoa Tam commune, Dong Hoa district). This is considered the first place to receive the sun on the mainland of our country. The early morning sunlight dyed the trees on both sides of the road creating a beautiful scene. 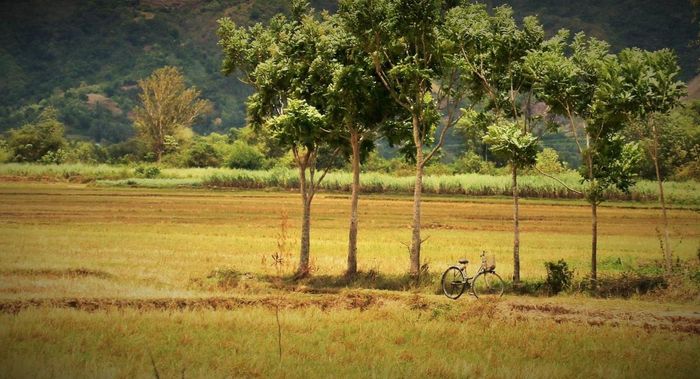 The bicycle of a field visitor is erected on the bank of the earth under the trees, in Thanh Duc village, Xuan Quang 3 commune, Dong Xuan district. The weather at this time is not really sunny but also not shady, in the Central dialect it is “the sky is ui ui”. The scene is quiet, beautiful and sad. 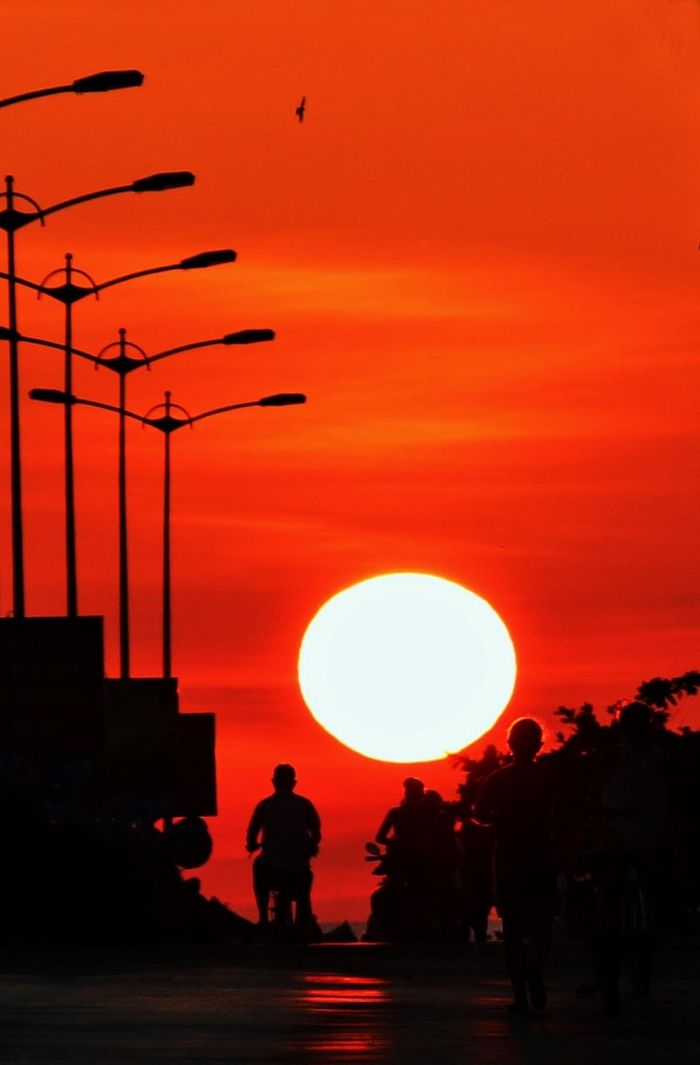 A bird flies above joggers, cycling exercise in the morning in Tuy Hoa City, the provincial capital of Phu Yen. The sunrise is very loud, but the early morning light is not harsh enough, creating a scene that can call visitors to jump out of bed. 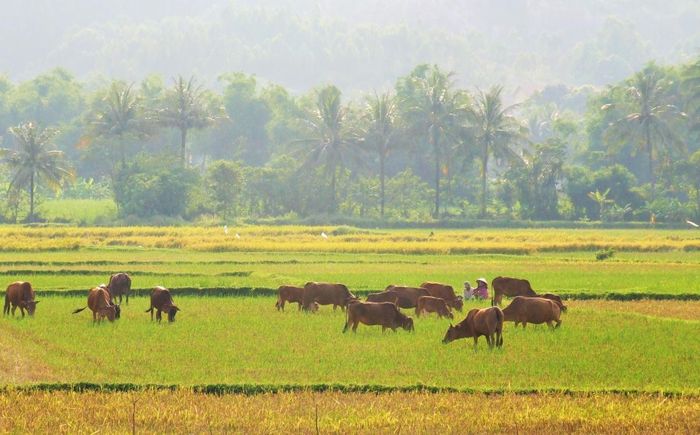 Two people stopping cows (herding cows) leisurely sit and watch the cows leisurely gnaw on straw feet after the rice cutting season in TT.Chi Thanh, Tuy An. National Highway 1 from Quy Nhon to Tuy Hoa passes through this area, on both sides are fields, the rice season is ripe and golden, bustling with harvest scenes, crowded with herds of cattle. 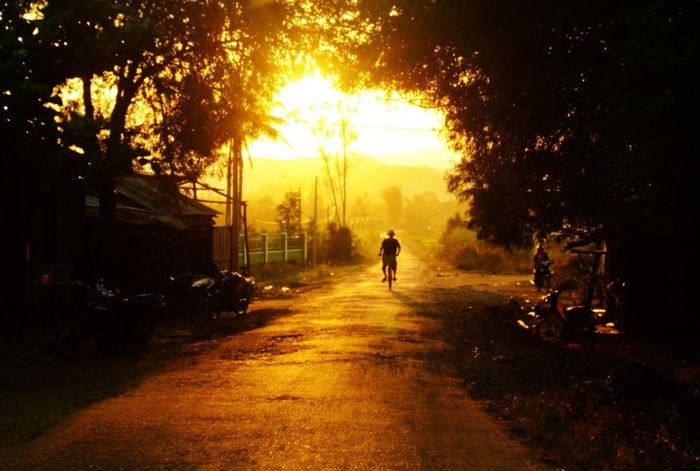 The man rode a bicycle to visit the fields in Dong Xuan district. At this time, the afternoon sun shines on the last rays of the day and then disappears behind the mountains in the distance. The scenery is rustic and peaceful, holding people’s feet. 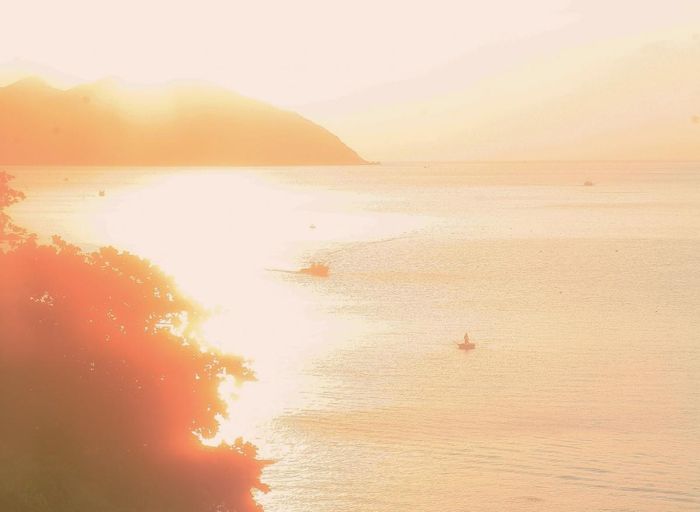 Photo taken from the window of a train car on the journey from Saigon station to Tuy Hoa station, passing through Vung Ro area in Phu Yen territory. When the train arrived here, the sun had just risen, passengers after a deep sleep were waking up in the sound of loudspeakers reminding them to prepare their luggage to get off the station. 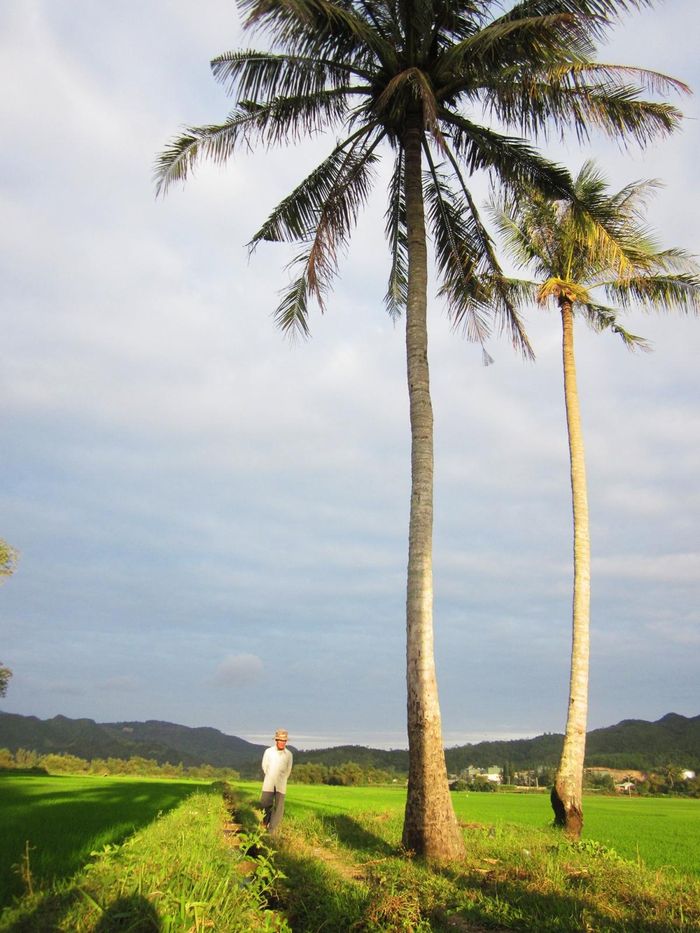 The old man visited the fields in the fading afternoon sun in TT.La Hai, Dong Xuan District. Local people often go to see if the water from the irrigation ditch is in the field, the rice has pests or not. 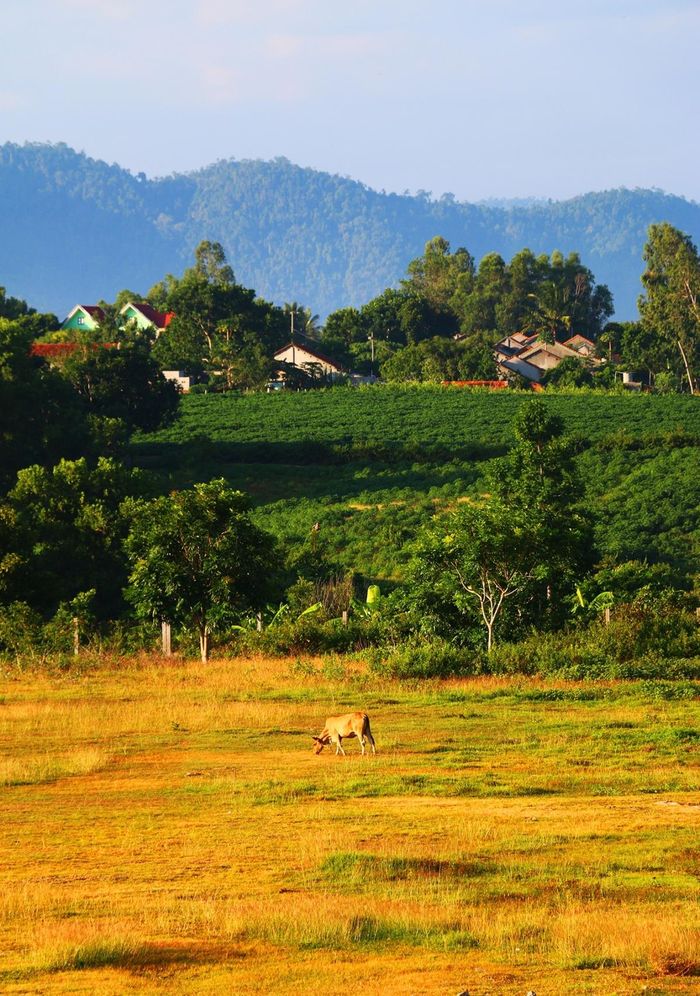 Cows graze on an open field on the outskirts of Hai Rieng Town, Song Hinh District. This is the mountainous town of Phu Yen, whose scenery and lakeside in the central area is likened to the Xuan Huong Lake of Da Lat. 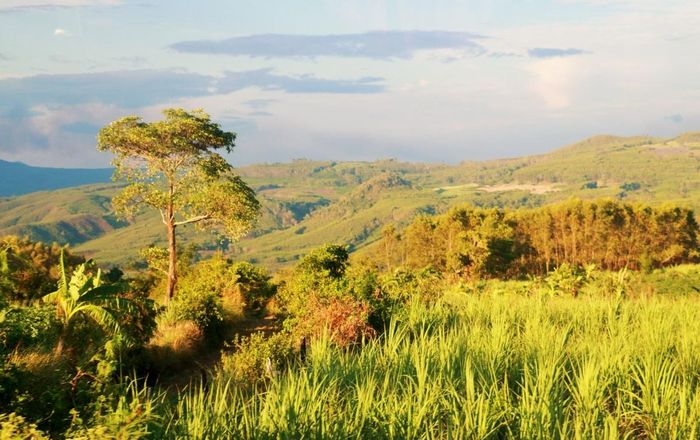 Van Hoa plateau belongs to Son Hoa province, where the climate is cool all year round, different from most localities in Phu Yen province. This 400m high plateau is spread over 3 communes, has many specialties such as red fruit, salted cow with yellow ants, chicken cooked with dit leaves… 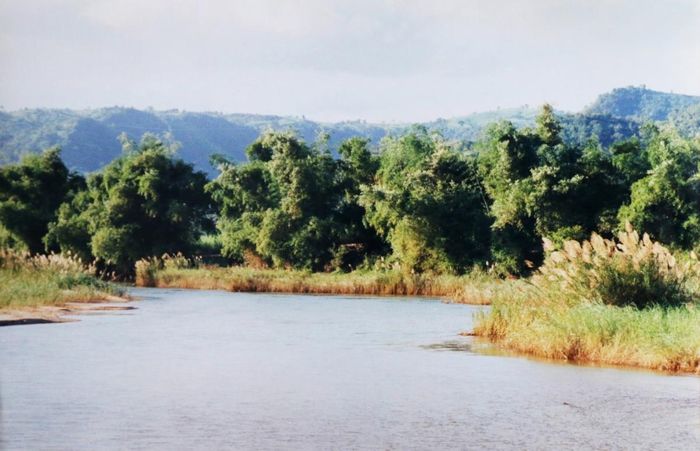 Golden afternoon on the banks of reeds rustling in the wind of Ky Lo River, the section flowing through Long Ha, TT. La Hai, Dong Xuan districts. Rivers in the mountainous Phu Yen pass through many steep hills, so the flow often changes, the landslide side constantly creates dangerous but beautiful bends.

Hải Nam/VOV.VN (biên dịch) Theo Reuters - May 16, 2021 0
Greece officially opened its doors to international tourists on May 15, with high expectations for the summer revival of the tourism industry, which has...