The models of shrimp intercropping with mullet or monogamous tilapia in Binh Dinh show that they can both overcome the pollution of farmed water sources and increase income.
Build a water filter 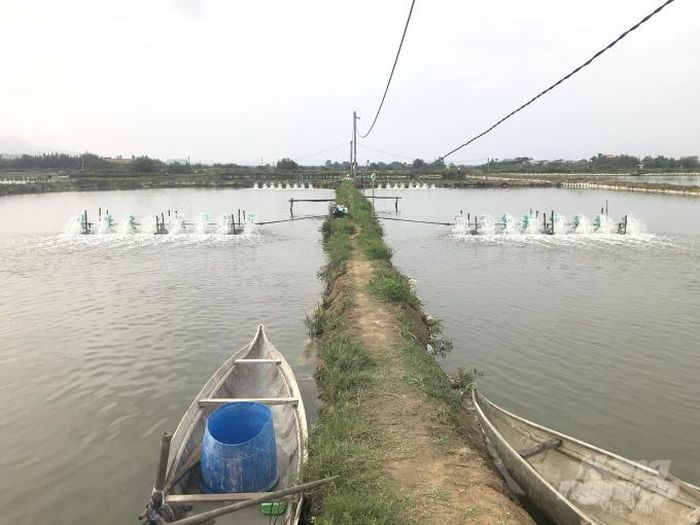 Contamination of culture water is the main cause of disease for shrimp. Photo: Vu Dinh Thung. The filter tank is built of cement bricks with a width of 6m, a width of 4m, and a depth of 2m. Underneath the tank is a layer of coral rock, followed by a layer of activated carbon and a thick layer of sand on top. Water is pumped from the underground circuit into the filter pond and then discharged into the pond with a large plastic pipe. Pump and filter continuously until there is enough water in the pond. After being filtered, the water is clear, when entering the pond, there is little change in algae. Every 3-5 months, shrimp owners have to change the sand and coal layer once. The 1-year coral layer must also be removed, scrubbed clean and then put back in the tank to avoid contamination of the culture water from the scum in the filter tank. The model of using water filter tanks for shrimp farming has been applied by many whiteleg shrimp pond owners in My An commune (Phu My district). Breeding fish in a dual-effective shrimp pond For shrimp farmers in Hoai Nhon town (Binh Dinh), raising mullet in shrimp ponds to help the fish clean the pond environment, both to limit environmental diseases on shrimp, and to earn more income from fish. . According to Mr. La Dong Quang in block 2, Tam Quan ward (Hoai Nhon town, Binh Dinh), one of the three pioneers in raising mullet in shrimp ponds has degraded in the model developed by the Binh Dinh Agricultural Extension Center. deployed with an area of ​​12,000m2, the number of mullet fingerlings stocked is 12,000 with the size of 200 fish/kg. After 8 months of stocking, the results showed that the fish grew well, the survival rate reached nearly 90%, the average weight reached 2-3 fish/kg, the estimated yield was more than 4.8 tons. Mullet has delicious meat, is popular with consumers, so the output is very generous. 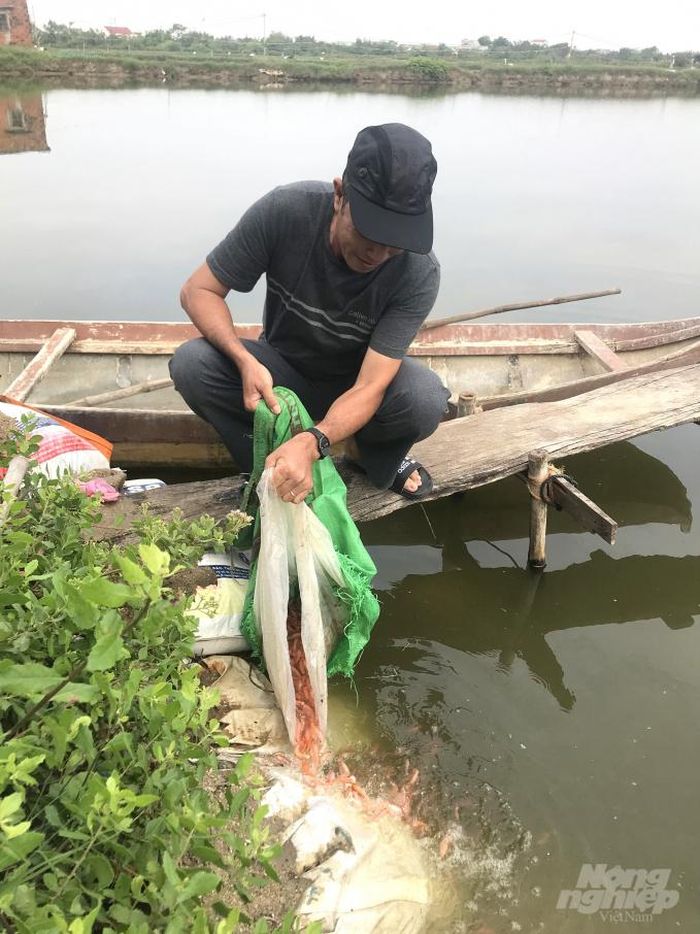 Mr. Pham Van Chay, a shrimp farmer in Dong Dien hamlet, Phuoc Thang commune (Tuy Phuoc district, Binh Dinh) releases monotypic tilapia into shrimp ponds to clean the pond environment. Photo: Vu Dinh Thung. According to Mr. Do Minh Quang, Deputy Director of Binh Dinh Agricultural Extension Center, farming households must manage environmental factors during the farming process; regularly monitor watercolor, identify environmental factors, monitor environmental factors. Monitor the health and pathology of the mullet fish to take timely measures. The water level in the pond is always maintained above 1.2 m, the amount of water changes from 20-30%/time, the time of water change depends on the level of pollution in the pond. Use aerators and aerators to maintain optimal dissolved oxygen levels in the pond, especially after sunset. In the first time of the farming process, only run the fan in the evening, when the fish are large, depending on the total weight of fish in the pond, adjust the running time of the fan accordingly.