Although the ‘content’ part is still beautiful, still ‘mlem’ as usual, but ‘Élite 4’ is a bit paler than expected.
*The article contains spoilers of the movie’s content

After the departure of key figures like Lu, Carla or Polo, many fans of Elite was worried that the quality of the film would not be the same. Indeed, despite having “changed blood” nearly half of the cast to bring something new, but Elite 4 like a snake biting its own tail when the conflicts are resolved incompletely and not convincingly. 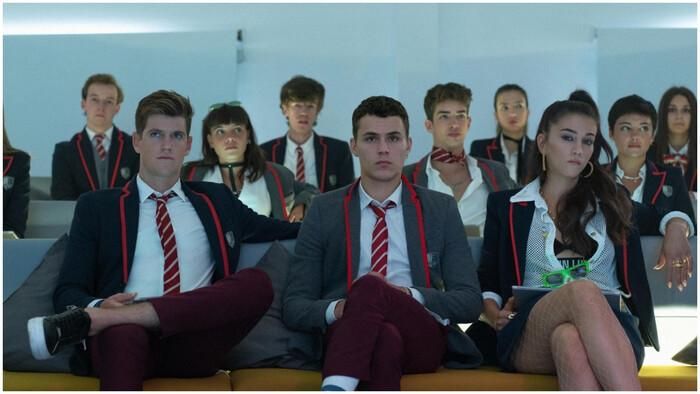 Season 4 of the series begins with a completely different story. At this time, Las Encinas High School welcomed the new principal and his three children, Patrick, Ari and Mencía. In addition, there is also Prince Phillippe from the Spanish royal family to study. These warm boys appeared, bringing a series of storms to the group of old students, and then the end was a murder case with the unknown perpetrator. 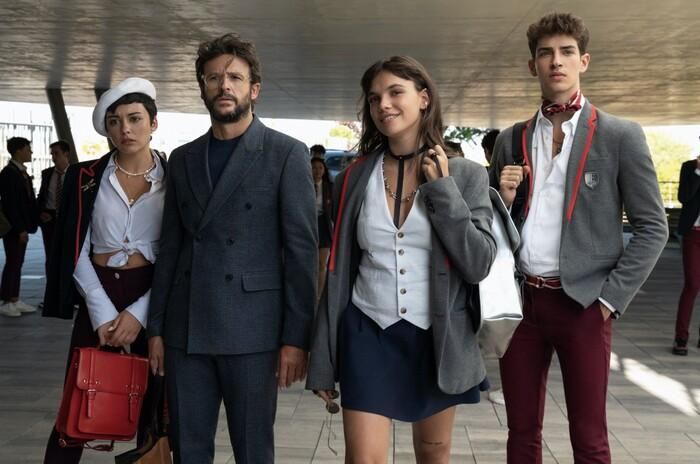 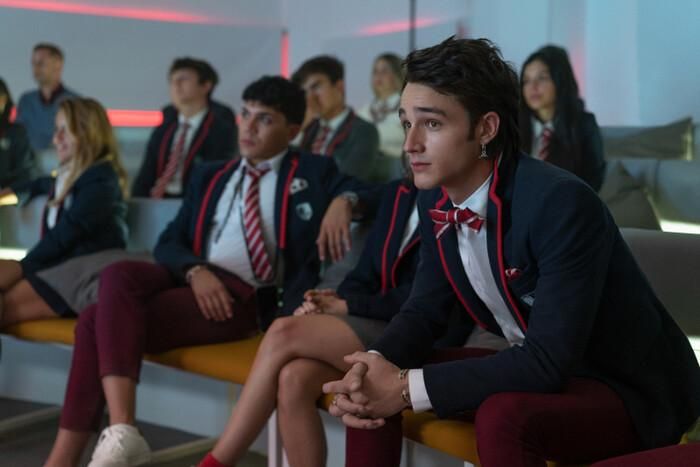 Not groundbreaking, Elite 4 choose to go in the safe direction when applying the correct formula that made the success of the previous 3 parts. It all starts with the case and then gradually uncovers the answer through previous developments. The movie’s loyal audience must be okay with this because it still creates the necessary mystery and unpredictability before releasing the unexpected answer. 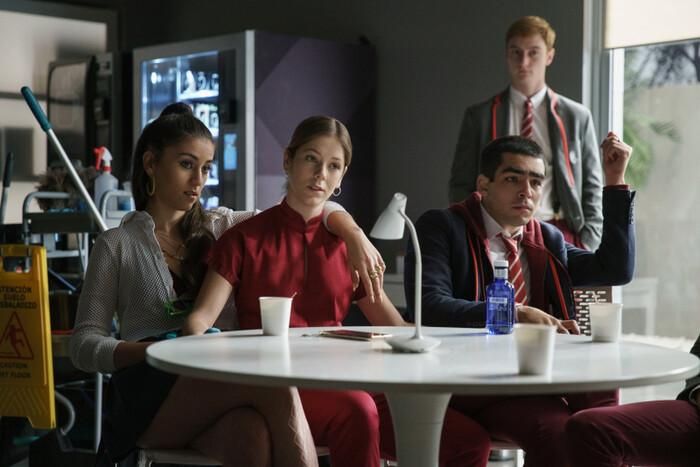 However, it seems that the level of drama has decreased significantly when the flashback scenes have not exploited deeply enough character psychology to stretch the audience’s emotions. The number of characters participating in the interrogation is also not much, so it does not create ingenuity, confusion and danger. 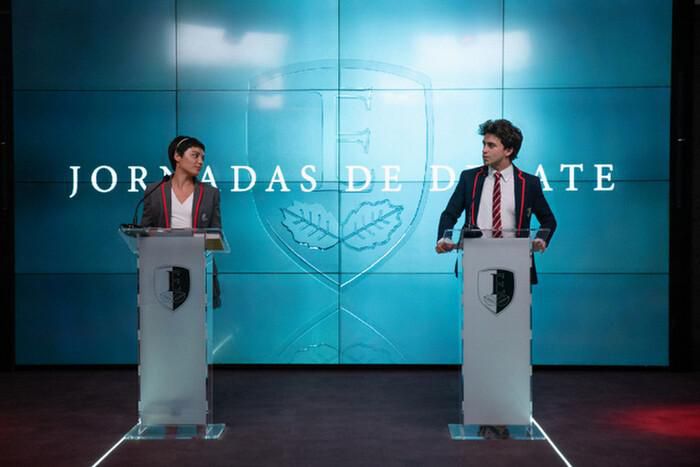 The content of itself Elite was created based on the conflicts between the characters. It can be any kind of conflict such as love, family affection, friendship, class discrimination and they are the reason why the film is likened to a picture that reflects society deeply. But in season 4, these contradictions are overused to create drama in an unnecessary way. There are even things that are given as if they were given away and the writer is ready to tear down what has been painstakingly built from the previous 3 parts. Typically, the conflict between Guzman and Nadia was resolved too quickly. It’s hard to believe they’re a couple that went through many ups and downs to come together. Even the relationship between Guzman and Nadia this time makes the previous short episode about them as if they were released into a “chicken coop”. 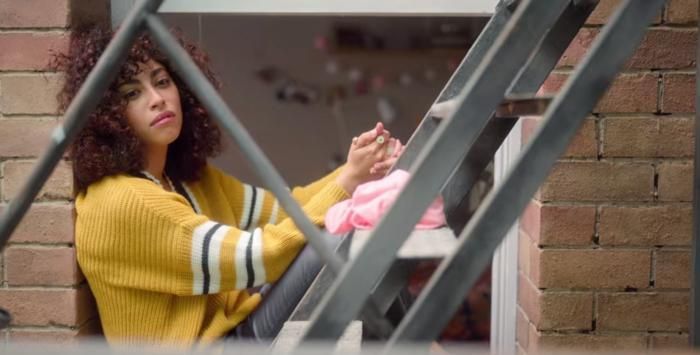 Or the conflict between Ander and Omar. The appearance of Patrick caused the couple many difficulties. But the sad thing is how Elite 4 portraying and exploiting the psychological development of these three characters makes the audience completely disappointed and confused. 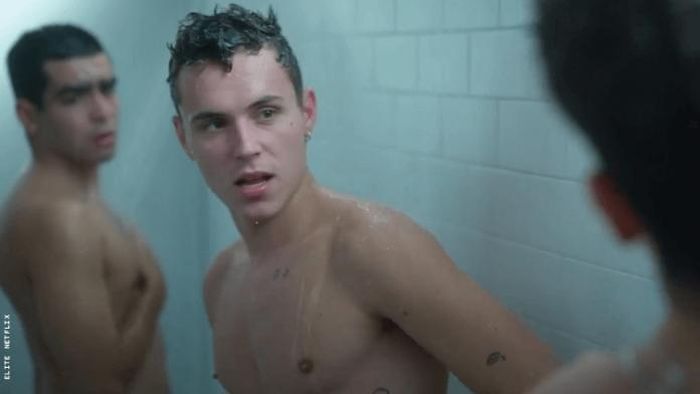 Thankfully, the other two story lines are stellar. There, we see that the film reflects the basic but equally difficult contradictions and problems of society, thereby best expressing the true nature of society. Elite that fans expect. 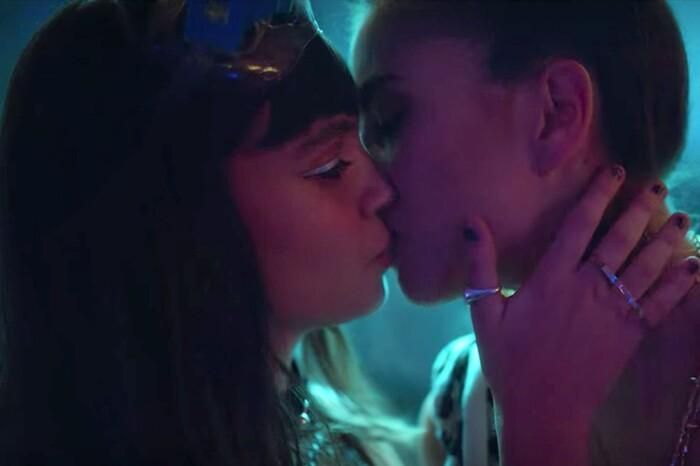 Another factor that many viewers are interested in when enjoying Elite 4 That’s the hot scene. The level of daring of this film even surpassed 3 seasons ago with extremely naked body-showing segments. Of course, the production team still knows how to moderate and turn them into artistic scenes by combining light, background and frame animation.

Conclusion: Elite 4 clearly not as excellent as the way the previous 3 seasons have shown, especially in handling conflicts and exploiting character psychology. But for fans of the series, this is still a worthwhile experience to wait for when the hot scenes have partially covered the absurdity of scripting.

Although season 5 has yet to go into production, two more veteran characters have said goodbye to the series, Ander and Guzman. This is definitely a huge loss and not very happy news, especially when seeing the quality of season 4 like this. Hope the production team will find a way to overcome the weakness to bring Elite back to the top.

Phương Thảo - April 15, 2021 0
Dozens of artists and celebrities in Myanmar were arrested and wanted. Miss international contest was stuck in a foreign country because of 'trot' calling...