Home Entertainment Cinema & TV 7 mistakes of Titanic from super small to ‘against’ even physics, looking...

The movie Titanic seemed to be a perfect work, but it was still full of basic errors pointed out by the audience.
As one of the most classic movies with the “ageless love story” of Jack and Rose, the name Titanic directed by James Cameron has been associated with many generations of audiences. The film was praised for its profound content and the feat and ingenuity from the setting to the characters. However, the film’s $ 200 million budget still could not make the production process avoid a number of mistakes from elementary to “tiny” that many viewers discovered while watching the film. Page Bright Side compiled 7 “excessive” mistakes of Titanic , from tiny details like Rose’s mole to the whole movie… negating the gravity of the Earth.

1. Mysterious mole that changes position in a super confusing way 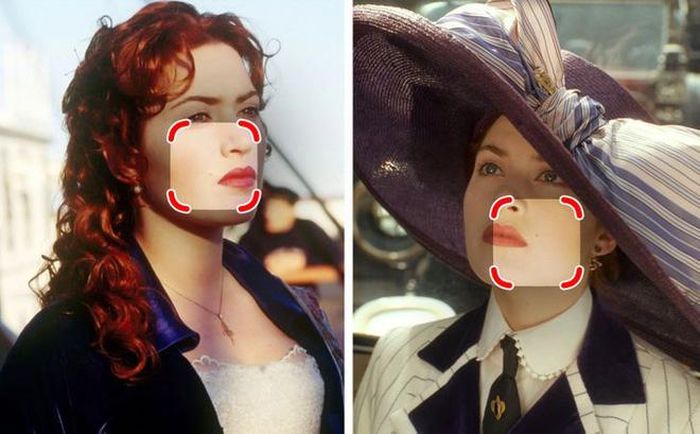 This is a detail only for die hard fans of Titanic, First time viewers will probably not recognize it. The mole of Rose (Kate Winslet) actually had a rather unusual position change, jumping from the left cheek to the right cheek. This mistake occurs several times throughout the film, but only those who “saint” probably realize. 2. The bar on the ship is also “variable” like a ghost 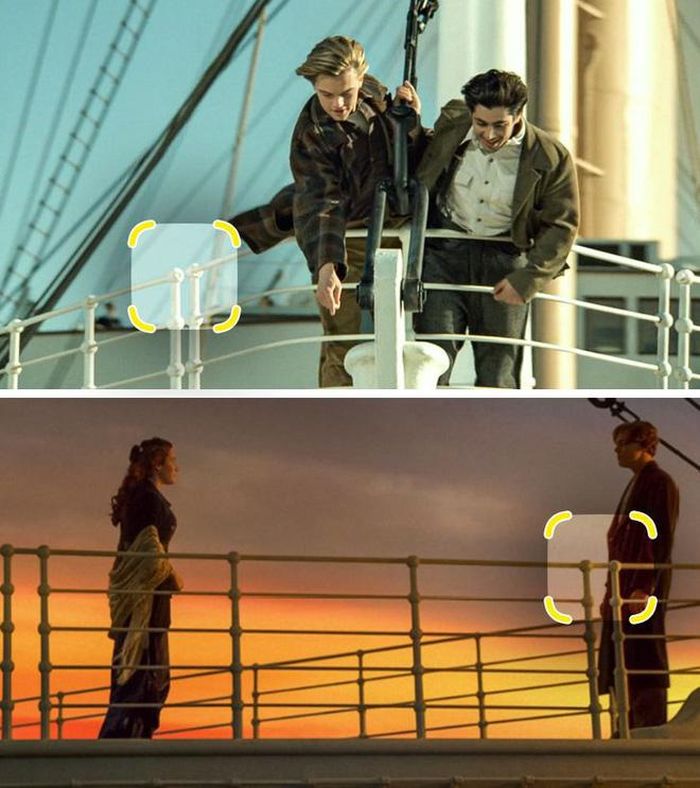 An error in the context of Titanic can also catch the eyes of many spectators. In a scene when Jack (Leonardo DiCaprio) stands at the bow of the ship, the ship’s railings can be seen separate from each other. Later in the film when Jack and Rose meet at the same location (and then hug each other romantically in the wind), the railings are connected again. Is it in this most luxurious journey, the train Titanic still being… under construction? 3. The necklace is also “flying without wings”, will the Titanic encounter ghosts? 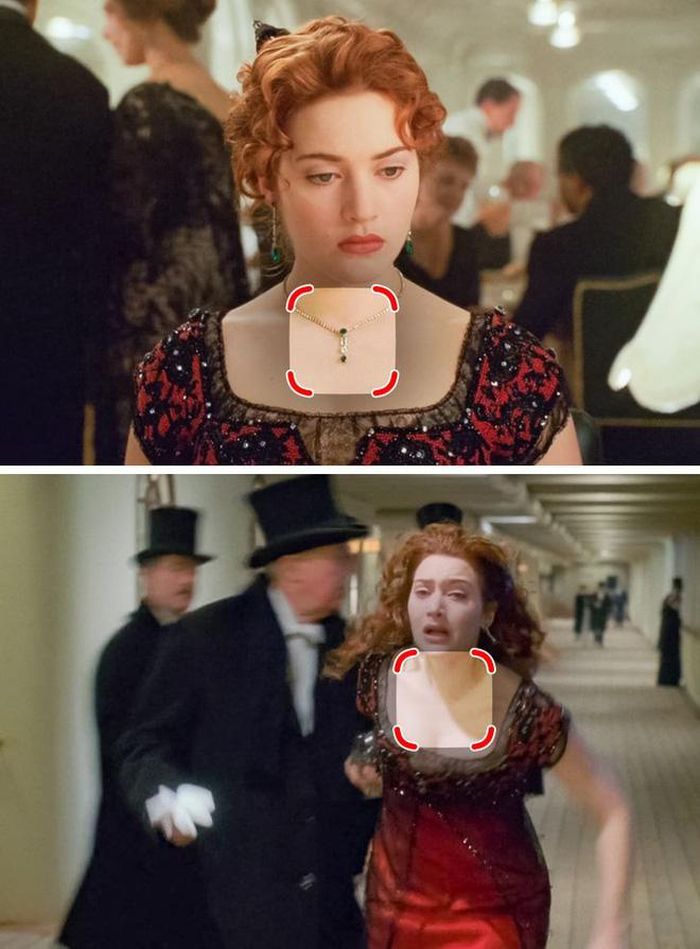 Ship Titanic did not meet ghosts, instead encountered the team in charge of the setting, the costumes were a bit neglected. In this scene, Rose and her mother attended a very luxurious party. However, annoyed by the surrounding guests, she decided to leave the party. On the way Rose runs out, the audience can also see her necklace disappear. 4. Even Rose’s dress is very mysterious, now and then! 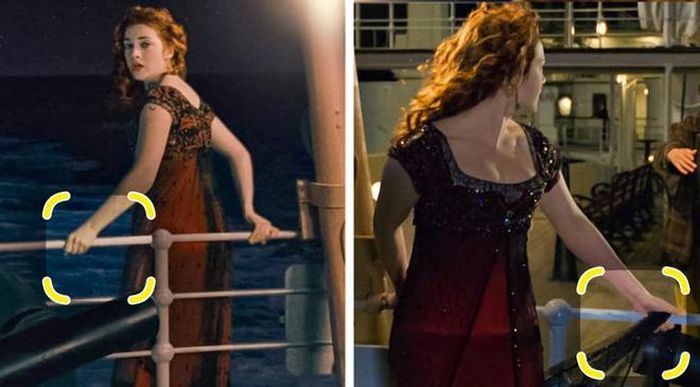 When Rose was about to do something foolish, Jack quickly appeared to save her. In one scene, her hand is firmly on the rail of the train. In the next scene, her hand also conveniently holds the hem of her shirt. Is it possible that while playing on the side of the ship, Rose also meticulously groomed her outfit and held her shirt for poetry? This must have been a link error on the part of the crew while filming this segment. 5. The “miracle” glasses regenerate themselves after being smashed in the face

In one scene, Rose breaks the glass to get the ax to rescue Jack. But in the next shot, the audience can immediately see that the broken glass looks completely different, just like new glass! 6. Even the ropes of the Titanic “opposed” the gravity of the Earth, is it funny? 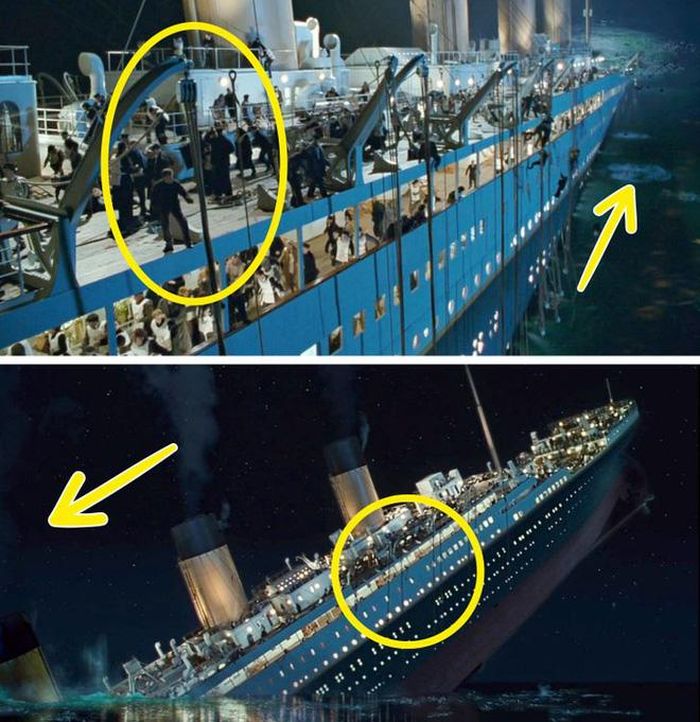 When the train Titanic crashed into the iceberg, the ship sank from the front, causing the stern to be thrown upwards. But in the photo above, viewers can immediately recognize that the ropes are being dropped in a direction parallel to the hull, rather than going straight into the sea as shown in the image below. This is probably an error of the film crew when staging the scene into a giant ship. 7. Jack’s nose is frozen, but maybe it’s because their love is so passionate that it melts 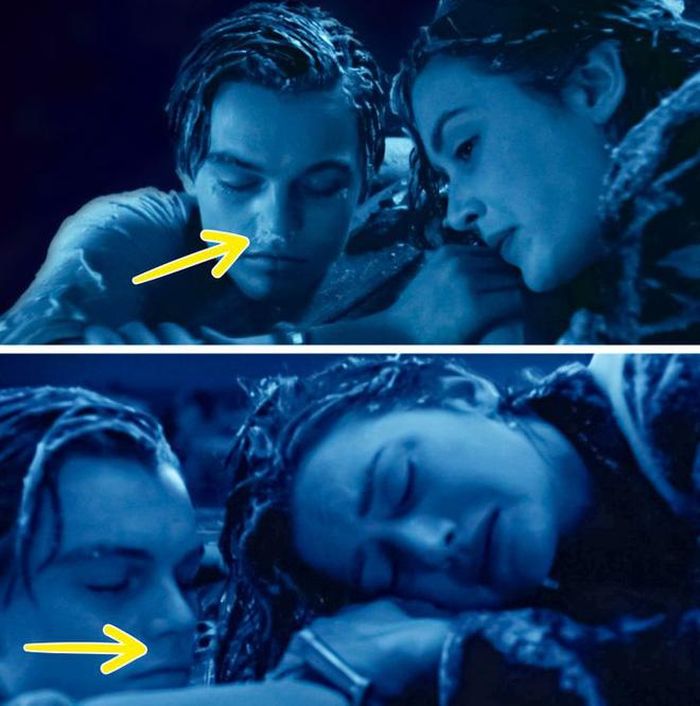 When the shipwreck happened, Jack and Rose were floating in the frozen Atlantic Ocean, waiting to be rescued. In the first scene, when the two were encouraging each other, Jack’s nose was frozen because it was too cold. But a while after the guy “passed out” due to the cold, the icy part of this nose had completely melted. Image source: 20th Century

The insatiable wild emperor, along with 2 great masters, went to...

editor - April 23, 2021 0
With her excellent bedroom ability, Ha Co has caused many men to fall in love, including the king of the Tran kingdom. Ha Co...