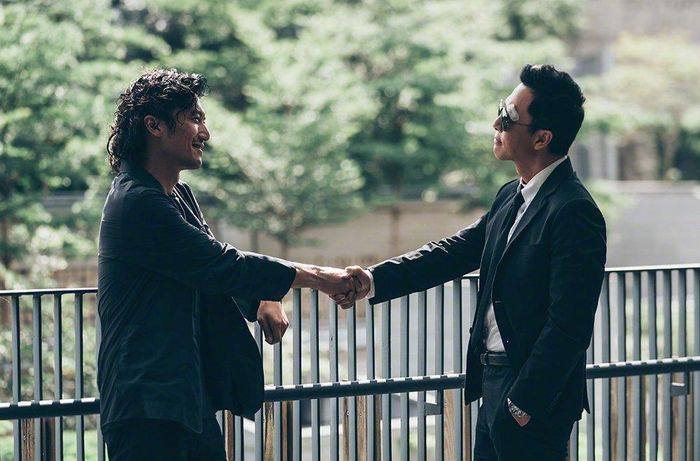 Donnie Yen (right) and Nicholas Tse in the movie Fury. Movie content Wrath of Fire revolves around the tense confrontation between crime boss Khau Cuong Ngao (played by Ta Dinh Phong) and the leader of the crime team Truong Sung Bang (played by Donnie Yen). Initially, the character Khau Cuong Ao was a good friend of Inspector Truong Chong Bang. But for personal gain, Khau Cuong Ngao colluded with criminals and became a murderer. Recently, when the film was about to be released, the Hong Kong martial arts star (China) recalled the films that made a name, including Ip Man . The actor remembers Mike Tyson’s heavy punch when filming Ip Man 3 (2015). Recalling the scene above, Donnie Yen said he thought he would have died if he hadn’t dodged the blow in time. “Just a little carelessness, punches can be fatal,” Donnie Yen told SCMP. 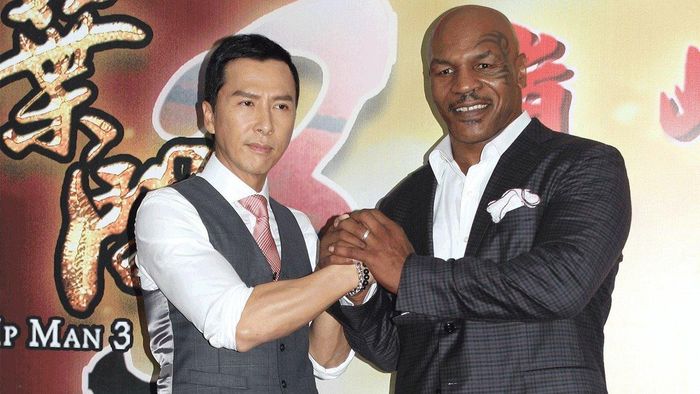 Donnie Yen and Mike Tyson. “When I first met Mike Tyson, I was very emotional. I don’t think I’ll be acting with an idol. I was really worried at first. I’m afraid he can’t control the force of the punches because Mike is actually not a professional actor. I was very cautious,” said Donnie Yen. When filming Ip Man 3 , Donnie Yen always considers this a life-and-death boxing match. He recalled his fight with Mike Tyson in the action movie. For a moment, Mike’s punch grazed Donnie Yen’s head, even coming close to touching the Hong Kong actor’s hair, before the punch hit the sandbag behind. “I had to immediately lower my head to avoid an accident. He used a lot of force, even all of his energy, to throw the punch. As Mike approached, I felt like a big truck was coming towards me. Eight years later, I still remember that dangerous moment vividly,” film star Ip Man told SCMP. In the movie Ip Man 3 , Donnie Yen as Master Ip Man, this time used his martial arts skills to protect good against evil. That’s why Ip Man became an enemy of Frank – a gang boss specializing in looting and oppressing civilians in 1950s Hong Kong played by Mike Tyson. 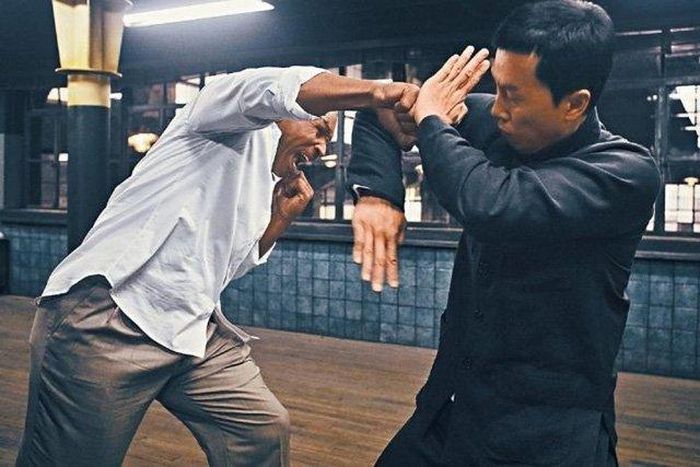 The fight scene between Donnie Yen and Mike Tyson in the movie Ip Man 3. The scene of Ip Man vs Frank impressed the audience and was considered the most “expensive” scene in Ip Man 3 when the audience had the opportunity to admire the high-low competition between modern boxing and traditional Wing Chun martial arts. system of China. Talking about Mike Tyson, Donnie Yen shared: “He is too famous in the world boxing world. People may not know who Donnie Yen is, but everyone knows Mike Tyson. That’s why I always stay focused when duel with him. Just a little loophole, I will pay the price. Mike Tyson’s attack speed is very fast, I also dodge quickly but still feel like I have just narrowly escaped.” Meanwhile, Mike Tyson also used many words of praise for his colleague. “This is my first time acting in a martial arts movie. On the set, I completely followed Donnie Yen’s guidance,” Mike said. After an encounter with “the scariest man on the planet”, Donnie Yen said that Wrath of Fire is the action film that makes him most satisfied in his decades of filming. Quoc Tiep (th)