Despite being a heavily advertised ‘underwater killer’, the VA-111 Shkval super-cavity torpedo ‘Wind’ is not trusted by many Russian weapons buyers, why is that? 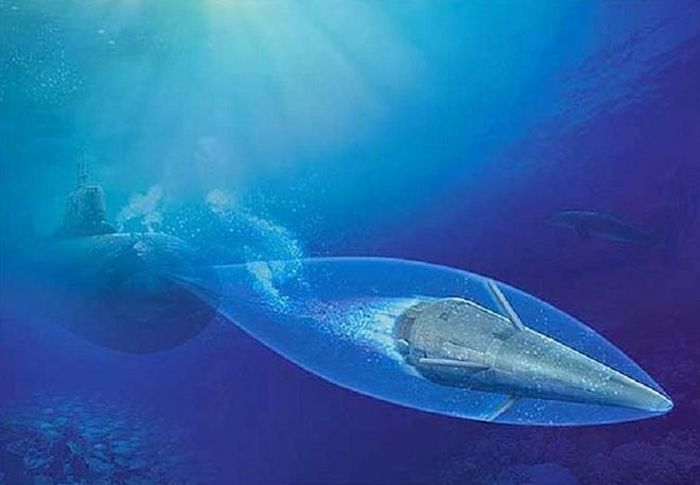 First, it is necessary to consider the operating principle of Shkval. When an object moves in the water, it will create bubbles around it due to its motion, which is the phenomenon of cavitation in nature. 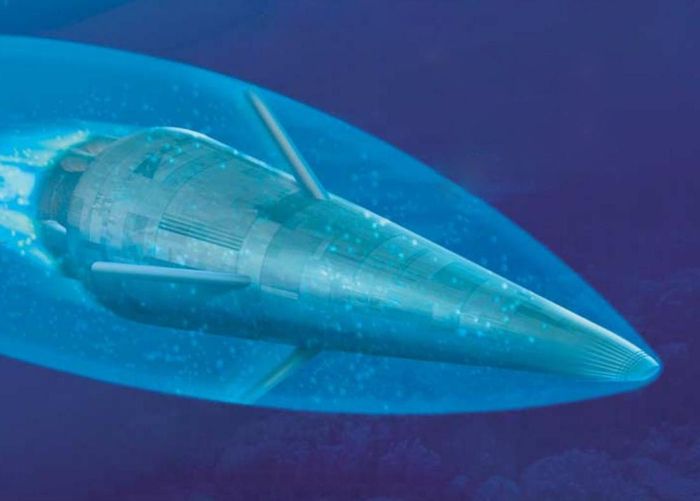 The super-cavity is a more special case, when a large air bubble appears and covers the entire object, then the object will almost fly in the air due to the maximum elimination of friction. This is the principle applied on the VA-111 Shkval super-fast torpedo. 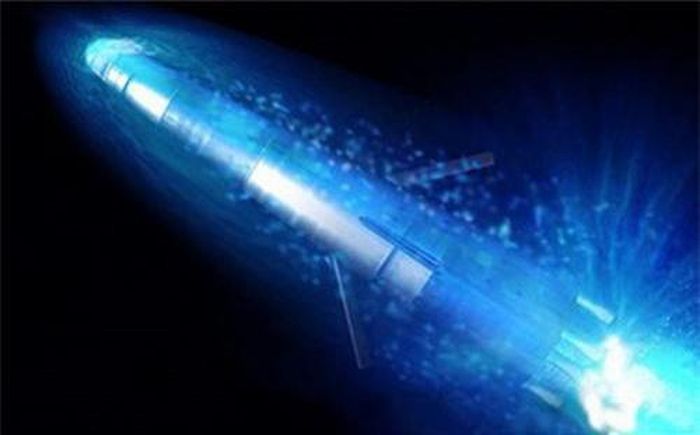 The VA-111 Shkval was researched in the 1960s as a specialized weapon for attack submarines to fight nuclear submarines and enemy surface ships. 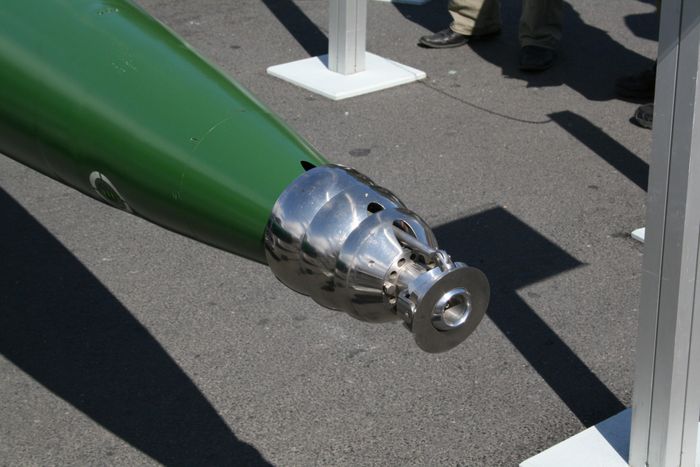 On November 29, 1977, the VA-111 Shkval super-cavity torpedo was officially accepted into service in the combat component of the Soviet Navy. 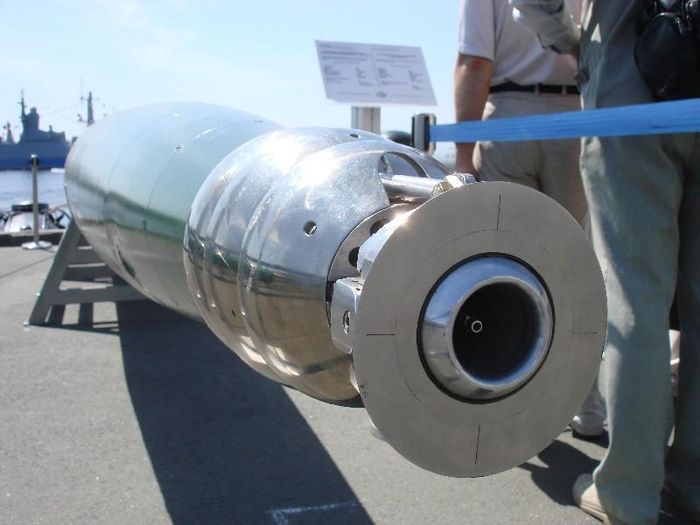 Shkval torpedo uses a solid fuel engine, the head is fitted with a special cavity-forming device. It is a thick elliptical piece of metal that is sharpened with an angle of inclination to the longitudinal axis, with a circular cross-section to create an angle of elevation. 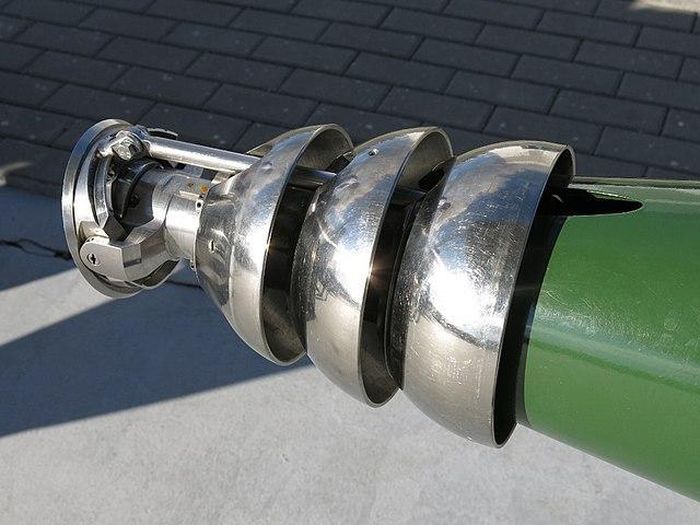 In fact, a foam generator is not enough, so the torpedo head adds foaming air ducts, the bubbles are generated by a gas booster. This allows to increase the volume of air bubbles and create bubbles that cover the entire torpedo body. 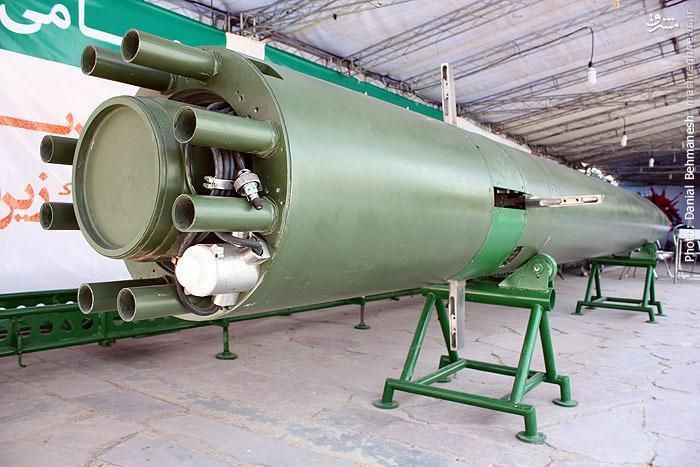 The Shkval super-cavity torpedo has a speed of 93 km/h out of the launch tube and up to over 360 km/h when the engine is at full capacity, twice as fast as conventional torpedoes. 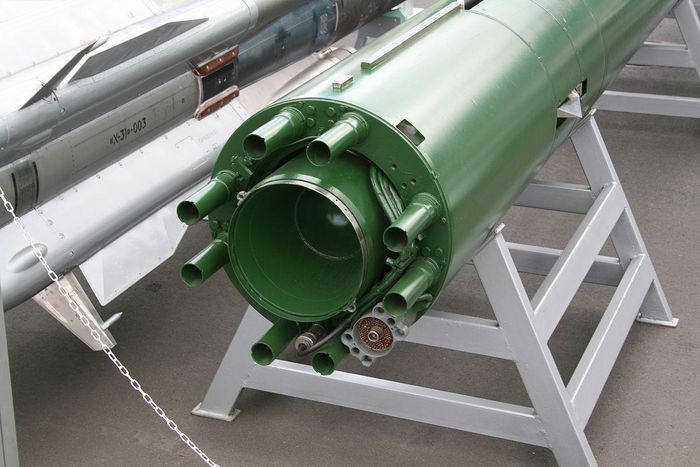 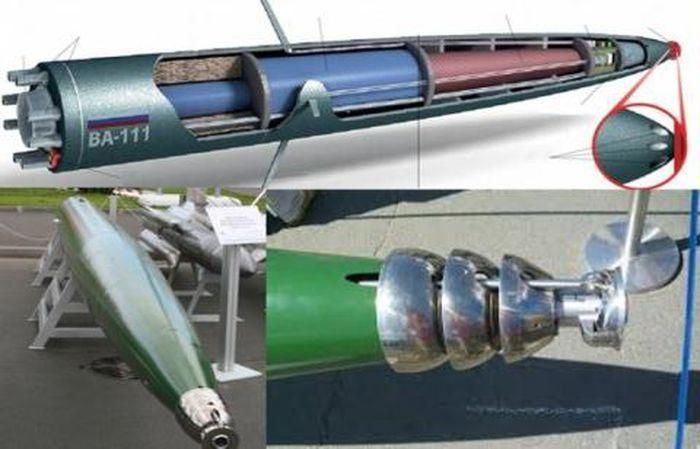 However, it should be added that besides the advantages, the VA-111 also has deadly disadvantages, making its use in combat must be carefully considered. 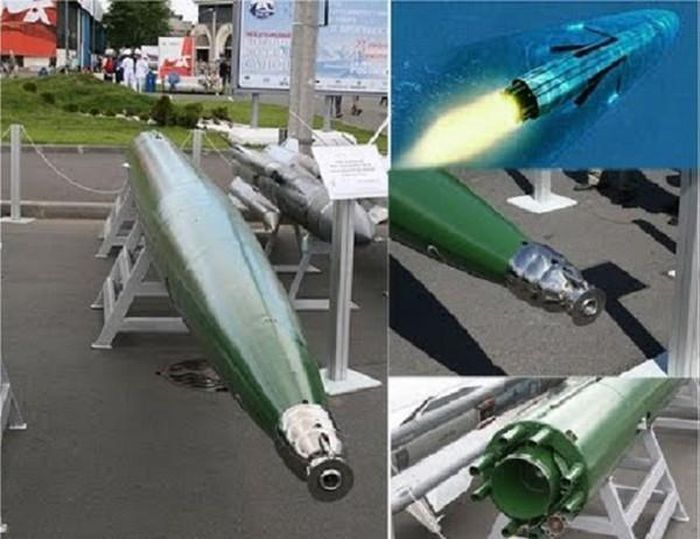 Firstly, Shkval’s range is too short, reaching a maximum of only 6,858 m, forcing the submarine to be close to the enemy to be able to strike. This is extremely dangerous because modern warships all have advanced sonar navigation systems and extremely powerful anti-submarine weapons. 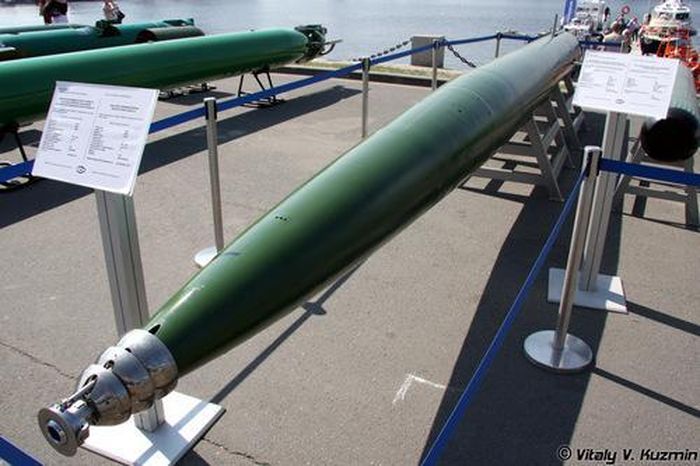 Second, it is the super-cavity technology that creates superior speed that makes the torpedo unable to establish two-way communication, when the radio signal is blocked from the outside, unable to penetrate the air bubbles. 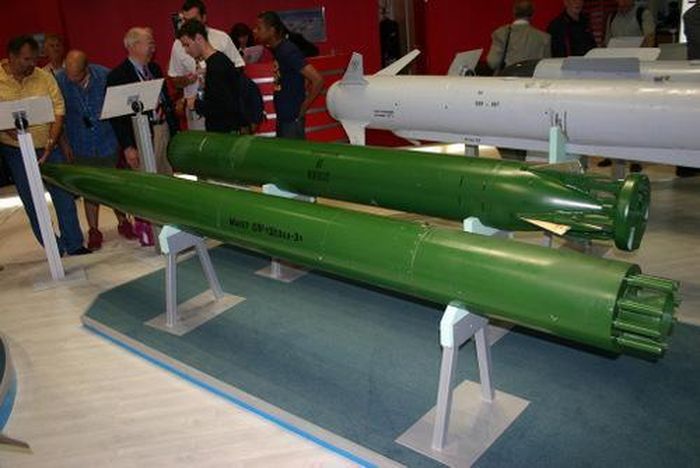 The torpedo relies on estimating target coordinates prior to launch, and its maneuverability is also extremely poor, as a sharp turn would break the supercavity bubble. 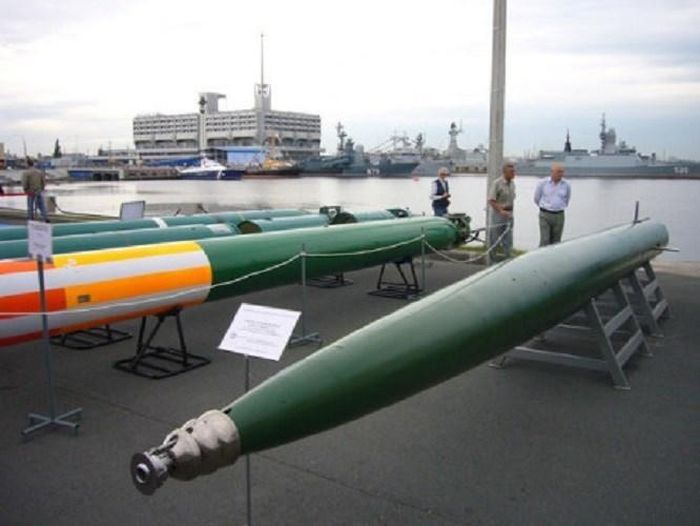 Third, the secrecy of the Shkval torpedo is completely absent, because it creates extremely loud noises and forms a line of bubbles floating on the water that is easy to observe. 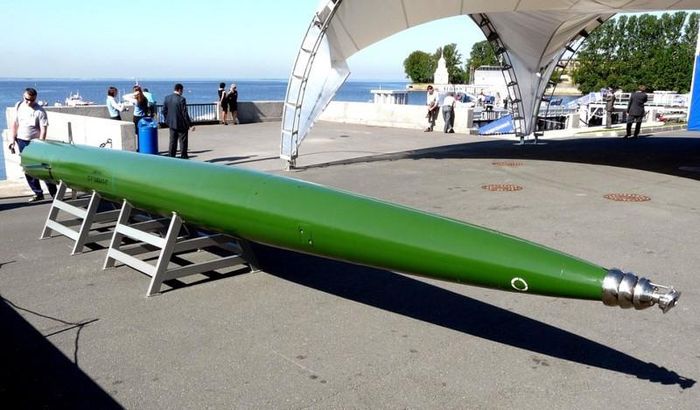 Finally, the unit price of the Shkval torpedo is said to be significantly higher than the older generation types, while the advantages are not yet outstanding. 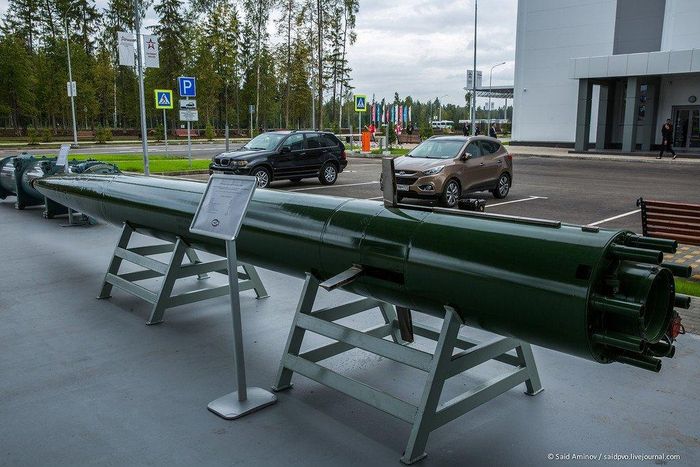 For the above reasons, guided torpedoes such as TEST-71 or Type 53-65 combined with Kalibr cruise missiles will give modern submarines a higher combat capability, especially without tethering. it faces dangerous situations like when carrying the VA-111 Shkval. 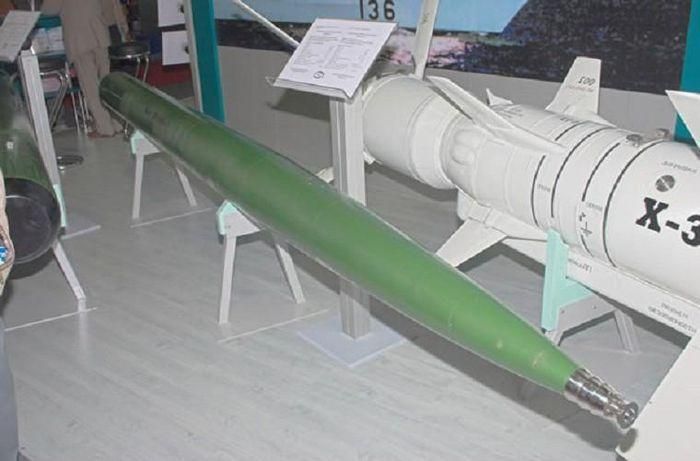 Currently, Russia announced that it has initially successfully tested the Shkval 2.0 variant with a longer range and controllability. If the above weapon is soon completed, it will really be able to replace the products of the old generation.

Văn Giáp/BNEWS/TTXVN - May 27, 2021 0
EVNSPC and FPT officially signed a strategic cooperation agreement in the field of digital transformation in power management, business and operation management systems. ...