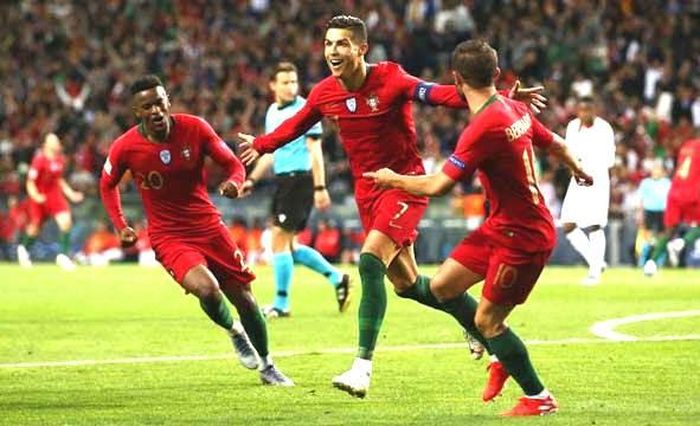 Portugal and Ronaldo are ready to conquer EURO 2020. Photo: Eurosports. In the same group with two other big players, Germany and France, Portugal will have to make real efforts right from the opening match if they want to get tickets to the knockout round. The opponent of the defending champions in the opening match will be Hungary, who in 2016 only participated in the EURO for the first time since 1972. Of course, Hungary is the most underrated team in Group F. Compared to the EURO 5 years ago, the current squad of the Portuguese team is much more appreciated. Teacher and coach Fernando Santos also had a good run for the EURO finals this time and was completely confident even when falling into the group called “death”. Portugal is one of the winners of this tournament. They have talent and quality in every position, and are led by a superstar like Cristiano Ronaldo. A lot is expected from Portugal at EURO 2020. The focus of the match will definitely be the star Ronaldo. At the age of 36, this tournament could very well be the last time this superstar has tasted the EURO feeling. Just need to score one more goal in the record of 5 appearances at EURO, this striker will surpass Michel Platini to monopolize the position of top scorer in the final round (currently with 9 goals). This is said to be within reach, because this superstar is still in impressive scoring form with the title of Serie A top scorer 2020-2021. 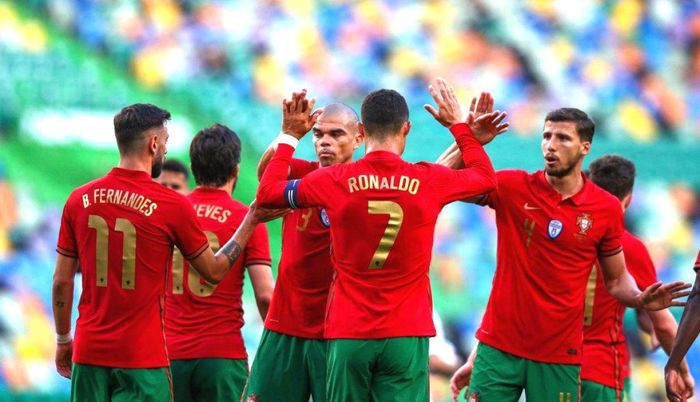 Seamless quality Portuguese players. Photo: Eurosports. In addition to Ronaldo, Portuguese football also has many impressive stars playing in Europe, including the quartet playing in the English Premier League, Ruben Dias, Diogo Jota, Bernardo Silva or Bruno Fernandes. With an even and quality squad in all three lines, Portugal is also considered as one of the top candidates for this year’s tournament championship. The goal of defending the throne is both a pressure but also a motivation for Ronaldo and his teammates to strive. With the force of the two teams, it is clear that “European Selecao” is much more appreciated than the opponent in this match. However, it would be very wrong to underestimate Hungary in this tournament. Coach Marco Rossi’s team is unbeaten in the last 11 matches in all competitions, including bold victories over San Marino and Andorra in the 2022 World Cup qualifiers. Hungary has never tasted victory against Portugal in 5 encounters. It won’t be easy for Hungary to dream of progressing to a group with Portuguese, French and German boggarts, but a positive result in the opening match is sure to leave fans dreaming about it. a miracle can happen. The EURO 2020 finals witnessed the first surprises when Spain let Sweden hold a goalless draw, Poland lost to Slovakia, the Czech Republic overcame Scotland, making many people believe that the “shocks” will continue. happen. Hungary have failed to score in just one of their 15 home matches under coach Marco Rossi. 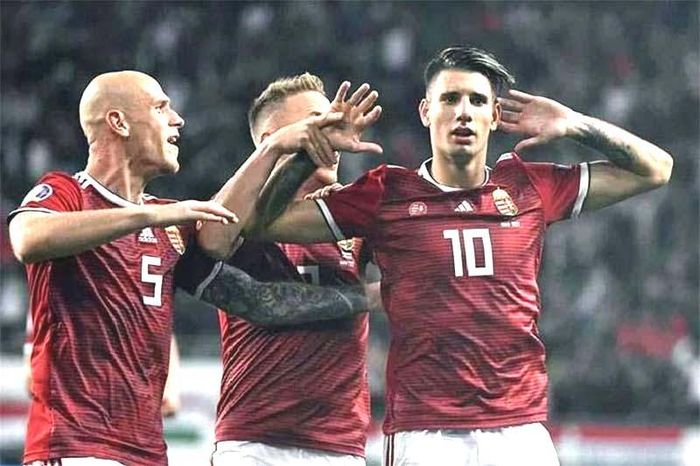 Hungary confidently welcomes defending champion Portugal at home. Photo: Eurosports. Hungary could not qualify for EURO 2020, they topped the group in the Nations League, so they have the opportunity to play in the play-off round. Marco Rossi’s teachers and students overcame Bulgaria (3 – 1) in the semi-finals and Iceland (2-1) in the final to win tickets to the biggest football festival on the continent. With a squad that does not have too many quality names, Hungary is not even lucky to fall into the group of death. However, this is Hungary’s first match at a EURO as the host, and a series of good results in friendly matches before the EURO 2020 finals will help teachers and coach Marco Rossi confidently welcome home. defending champion. The match between Portugal and Hungary will take place at Ferenc Puskas (Budapest) at 23:00 on June 15. Pre-match statement:
“We will do everything to push ourselves to the limit. We know who we have to face. The whole team will keep our feet on the ground. But of course we still want to realize our dream.” – Coach Marco Rossi. “The statistics are for reference only. From what I have seen of Hungary in recent matches, I understand that the whole team will have to do their best to win.” – Coach Fernando Santos.