Home Sport Football Rudiger: ‘We have to play dirty against France’

Germany’s defender Antonio Rudiger said he and his teammates will do everything possible, even ready to play bad to prevent the spearheads of France’s attack, before the big battle in Group F EURO 2020.
“Of course, France has very good strikers. We have to be ready to win one-on-one duels. We also have to play a little dirty, we can’t always play nice football. Yes. In front of players like them (Mbappe, Karim Benzema and Antoine Griezmann), you have to make your mark,” Rudiger shared.

Germany will host world champion France in the opening match in Group F – the death group of EURO 2020, where Portugal and Hungary are also present. Die Mannschaft is likely to play with a three-back formation, in which Rudiger can side with Mats Hummels and Matthias Ginter. 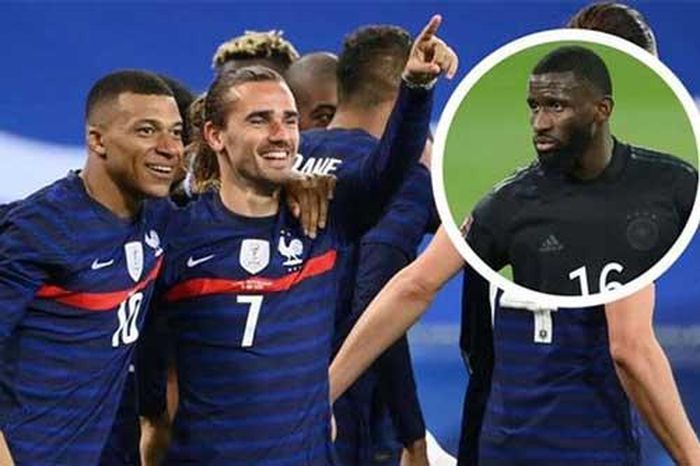 Rudiger and his teammates will do everything to win the French team. In the 2020/21 season, Rudiger played very well, especially in the second half of the season to make a great contribution to helping Chelsea win the Champions League in a worthy way. The 28-year-old midfielder is considered to be Germany’s number 1 hope in defense at EURO 2020. Due to being in the death table, a defeat against France on the opening day could become a disaster for Germany. Therefore, experts believe that this competition is likely to end inconclusively. After the match against France, Germany will face Euro champion Portugal, before meeting Hungary in the final round of the group stage. This is an extremely heavy schedule for Joachim Low’s teachers and students because it has many potential risks.

MU bought a tall midfielder to play with Harry Maguire

Hoàng Yến/VOV.VN - April 16, 2021 0
According to information from The Sun, MU leaders are contacting to recruit defender Milenkovic on the Fiorentina side to strengthen the defense. Although the...