Home News World China: Any attempt to sabotage Sino-Russian relations will not succeed

Chinese Foreign Ministry spokesman Zhao Lijian affirmed that the comprehensive strategic cooperative partnership between China and Russia in the new era is a comprehensive relationship that defies all changes.
China today (June 15) once again praised its relationship with Russia, in the context of its relations with the US and the West increasing tensions after the statements of the Group of Nations summit. industrialized countries (G7) and the North Atlantic Treaty Organization (NATO).

Speaking at a regular press conference on the afternoon of June 15, Chinese Foreign Ministry spokesman Zhao Lijian affirmed that the comprehensive strategic cooperative partnership between China and Russia in the new era is the relationship between China and Russia. comprehensive, regardless of any changes. Cooperation between the two parties has no limits. He also stressed that any attempt to sabotage Sino-Russian relations would be doomed to failure. 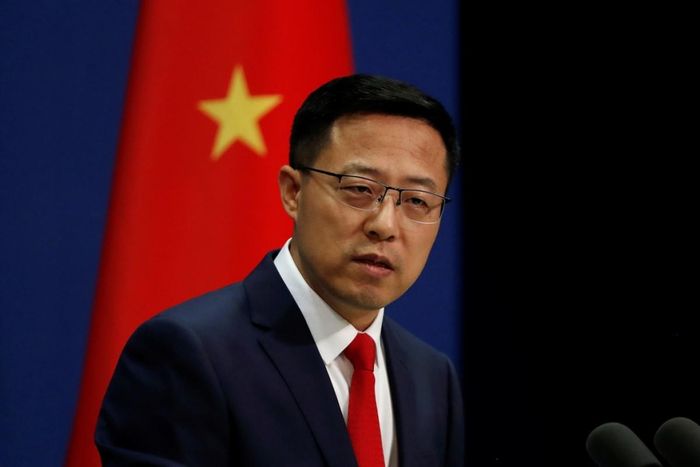 Chinese Foreign Ministry spokesman Zhao Lijian. (Photo: Reuters) The Chinese side’s statement came after Russian President Putin’s speech to the US media, affirming satisfaction at Russia-China relations “reaching an unprecedented height”, as well as appreciation for the fact that the two sides have reached an unprecedented height. The party maintains a high level of trust and cooperation in the fields of politics, economics, science and technology, military technology, etc., while recognizing that the Russia-US relationship is currently at a low level. the most in many years. In the words of a Chinese foreign ministry spokesman, Beijing and Moscow are “really united as mountains, the friendship is unbreakable”. The two countries have overcome the challenge of unexpected changes in the international situation and established a model model of a new type of relationship between great powers. Mr. Trieu Lap Kien said that in just 1 month, the two countries will celebrate the 20th anniversary of the signing of the “Treaty of friendship and cooperation between China and Russia”. This is an event of special significance in the relations between the two countries and will promote Sino-Russian cooperation on a higher starting point, broader scope and deeper level. He emphasized: “Real gold is not afraid of fire, we also advise those who are looking for ways to divide China-Russia relations that any attempt to destroy Sino-Russian relations will not be realized. . Hopefully these people won’t go too far down the road of zero-sum games and group political confrontation.” Immediately before these statements of the Chinese side, the G7 and NATO Summit simultaneously issued statements criticizing China and for the first time naming Beijing as a security threat and a serious challenge. system. Recently, Russian Ambassador to China Andrey Denisov, when responding to Chinese media, once affirmed that “it will not happen” that Russia separates from China and approaches the US when the Biden administration applies the strategy ” somewhat soften relations with Russia” to focus on dealing with China, according to him, “this view is too short-sighted”.

editor - April 22, 2021 0
The Russian army assembles on the Ukrainian border?K Palace spokesperson: deployment is not a precursor to war Reference News Network reported on...