Home Science The truth about the ‘mars monkey’

On quiet streets, police officer Sherley Brown and his partner often spend time chatting, or looking at the night, the starry sky. 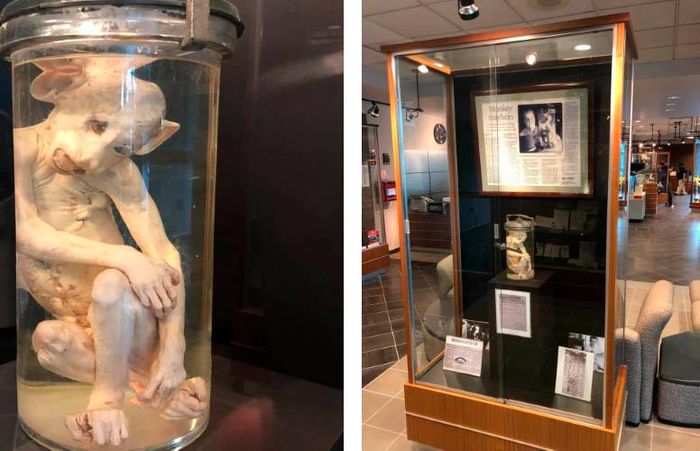 The “Mars Monkey” and the articles of that time are still on display at the museum of the Georgia State Bureau of Investigation. However, that night was different. They saw a strange creature, seemingly a dead alien… The incident was shocking, but the truth later made the public even more surprised. Strange creatures cause panic 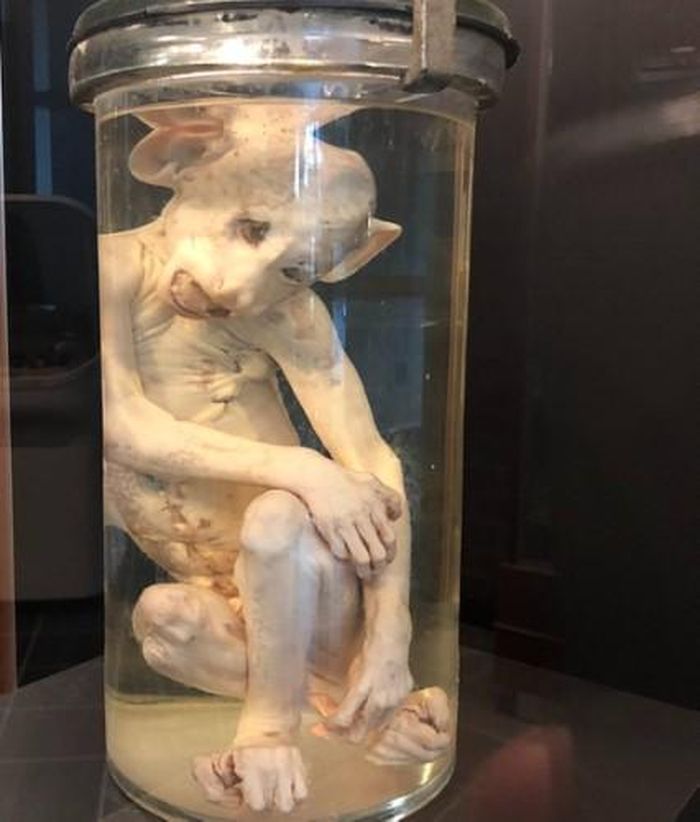 “Mars Monkey” once caused panic in Atlanta, Georgia, USA. On July 8, 1953, Sherley Brown and her teammates drove along the Bankhead Highway outside the town of Austell, Georgia, USA, patrolling as usual. When they came to a bend, they had to stop because a pickup truck stopped in the middle of the road, next to them were three men looking very excited and scared. When Brown got out of the car to find out what had happened, he learned it was two barbers named Ed Watters and Tom Wilson, and the other had a butcher’s shop named Arnold Payne. All three live in the town of Austell. They were excited, arguing with each other. After being reassured, they reported the incident. It turned out that this was not a murder as the two police officers initially thought. They said, while driving along a quiet country road and turning a bend, they saw a bright red flying saucer hovering over the asphalt. When they slowed down to take a closer look, they were surprised to see two strange creatures about 60 cm tall lurking in the bushes, then one rushed out in front of their truck and was hit, while the other one rushes onto the swooping flying object. The flying saucer then emitted a blue light and sped away into the night, shooting flames that blazed across the pavement. They also testified that when they stopped the car, they saw the strange creature lying dead on the road. Brown didn’t believe this, until they showed him evidence that the highway pavement was indeed melted to a very high temperature and still had a strange creature on it. Brown noticed that the animal had no hair, pale body, contorted head and large round eyes. It looked disgusting and clearly out of this world, so Brown was forced to admit the three were telling the truth and immediately report the incident to headquarters. It didn’t take long for the story of UFOs and alien corpses to go viral. Soon after the police headquarters was reported, the Air Force and dozens of others claimed to have seen lights in the sky and strange creatures running back and forth that night. When the incident made headlines the next day with many images of the dead creature, many believed that there was an actual alien invasion. A local veterinarian, after examining the body of the strange creature, declared it “out of this world”, causing further panic among the public. The work of jokers 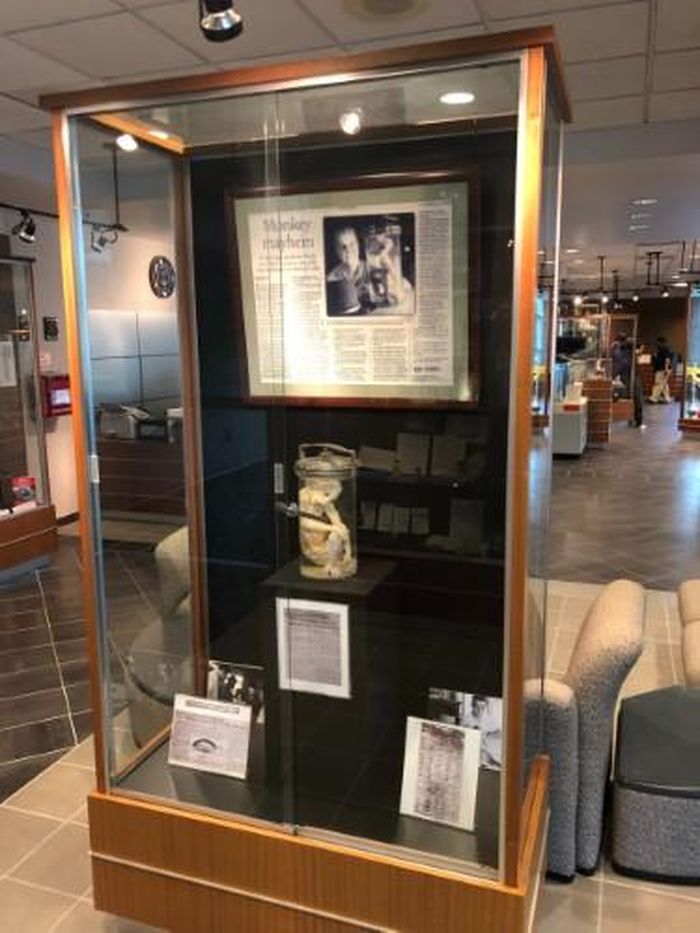 The “Mars Monkey” and the articles published at the time are now on display at the museum of the Georgia State Bureau of Investigation. Not long after, the creature known as the “Mars monkey” was brought to Emory University, Atlanta to be examined by Dr. Herman Jones and Dr. Marion Hines, two professors of anatomy. And the result caused a stir in public opinion. It turns out that this is not a “Mars monkey” or an alien creature, but just an ordinary monkey, a rhesus monkey to be exact, which has been shaved and colorfully embellished to look. monstrous compared to reality. Three men who claimed to have run over the aliens then confessed that it was all a joke but didn’t expect it to get out of control. Accordingly, after stumbling upon a dead monkey, they brought it home to shave and cut off its tail, and then paint it with some green food coloring to increase the strangeness. After being satisfied with the “work”, they took it to the highway and used a torch to burn the asphalt to create circles like a melted UFO track. Even after these confessions were made public, it took a while for people to calm down and accept that they were tricked and that no aliens invaded. Meanwhile, the three jokers mentioned above were only convicted by the court of dumping animal carcasses causing unsanitary and obstructing highways, forcing them to pay a fine of 40 USD. After the trial, letters rushed to the local newspapers, demanding that these people be prosecuted before the law for cruelty to animals. Some even suggested shaving the head of the mastermind. However, a reader in Jacksonville, Florida wrote: “Don’t be too hard on these boys. They have done a meaningful job by making many people realize that they are still living in dark times of superstition and believing in unrealistic things.” Others said that the above incident proves that hoaxes with the inadvertent help of the media sometimes create an uproar. This happens all the time even in modern times, forcing us to stay awake and see strange things with the eyes of a difficult person. The incident that caused panic eventually subsided, and the “Mars monkey” was later owned by a small museum of the Georgia Bureau of Investigation, where it was displayed along with articles published in August. at that moment.

The boy’s adventurous journey sends himself home with an airplane cargo...

Bảo Hà/Báo Tin tức - April 15, 2021 0
Because he did not have money to buy a plane ticket, British teenager Brian Robson asked his friend to pack himself into a box...