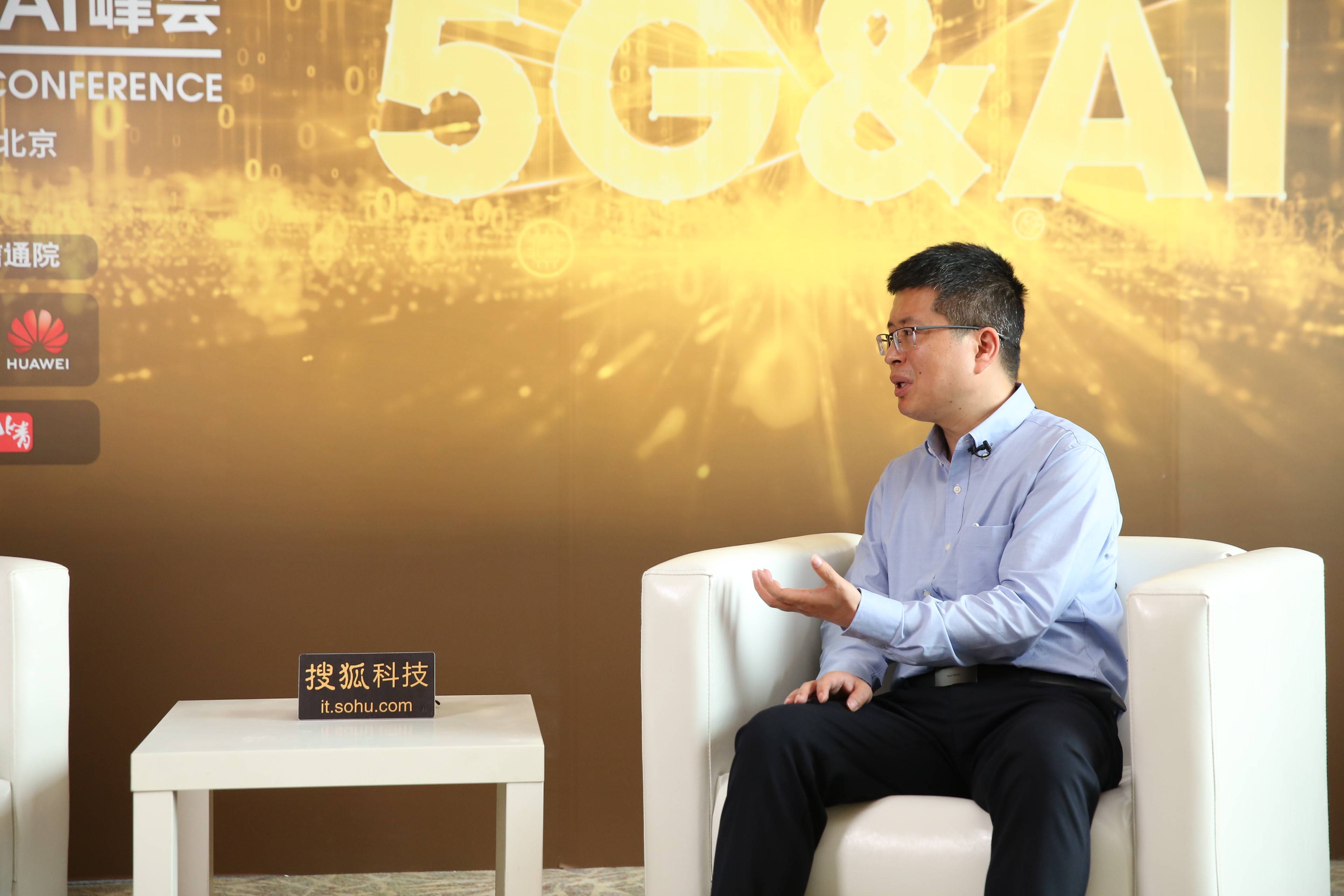 After the speech, he accepted an exclusive interview with Sohu Technology, and gave detailed answers to the characteristics of Uisee’s autonomous driving technology, the landing case of airport scenes, and the practice of more subdivided scenes.

Peng Chengjin pointed out that Uisee Technology advocates a “really unmanned, all-weather, all-scenario” unmanned driving platform in the field of autonomous driving, and “delivers AI drivers to the entire industry to empower a new ecology of travel and logistics.”

At the beginning of this year, the landing process was further advanced. Hong Kong International Airport announced in January that all luggage trailers that walk through the airport’s Haitian Passenger Terminal will be replaced by unmanned logistics vehicles in the first quarter of this year, completely replacing traditional human-driven trailers to transport passengers’ luggage at the Haitian Passenger Terminal.

Uisee Technology has successively cooperated with many international airports at home and abroad, becoming the first unmanned driving company in China and even the world to build an unmanned intelligent airport.

“In airports, the challenge of unmanned driving is very big. The first is safety. Because of the contact with the aircraft, the safety requirements are very high. Second, in addition to the requirements for safety, the airport has requirements for efficiency. It is also very high, because this flight is managed strictly according to time. Especially the Hong Kong Airport is very dense and the place is very small. The third is the environment. The Hong Kong Airport is reclaimed from the sea, and it is an environment that depends on the sea. Typhoons, heavy rains, high temperatures, and smog put great pressure on the technology itself, the quality of unmanned vehicle products, and operations.”

Peng Chengjin told Sohu Technology that after more than 500 days of operation, the above three difficulties have been basically overcome.

In response to the current car building boom, Peng Chengcheng believes that it is precisely because everyone has seen that smart driving has entered the second half, autonomous driving companies have solved the technology, products and the first batch of large-scale commercialization, so that the entire industry can see the development of smart driving. The outbreak has arrived, so so many companies have begun to join the manufacturing of intelligent driving vehicles, which in itself is an affirmation of the past exploration of autonomous driving.

The following is a concise compilation of the interview record:

Sohu Technology: First, you can briefly introduce to the netizens of Sohu the main work you are responsible for at Uisee Technology, as well as the technical characteristics of Uisee.

Peng Jincheng: I am mainly responsible for technology research and development and some construction of unmanned driving platforms at Uisee. At present, I am focusing on making unmanned driving algorithms and systems better, smarter, and safer. We call it a truly unmanned, all-weather, all-scenario driverless platform, and deliver “AI drivers” to the entire industry to empower a new ecology of travel and logistics.

Sohu Technology: The cooperation between Uisee Technology and Hong Kong International Airport is a well-known case in the industry. At the beginning of this year, it was reported that the unmanned logistics vehicle jointly developed by the two parties has also begun to operate. It can be seen that the use of unmanned vehicles in the airport has gradually increased. What are the difficulties in landing the airport scene? In terms of technology, how did Uisee achieve the first breakthrough in the industry?

Peng Jincheng: Around December 2019, we started to do normal unmanned operations in the airport. In the beginning, there were a few vehicles, but now there are dozens of them. Especially during the epidemic period last year, the airport scene saw the advantages of unmanned vehicles, and its deployment and application were greatly promoted.

In the airport, the challenge of unmanned driving is very big. The first is safety. Because of the contact with the aircraft, the safety requirements are very high. Just now I also introduced that in the airport unmanned vehicle, in addition to the safety and redundancy of the unmanned driving system, we have also created a system for “de-safety officer”, and even provided another set of scenarios for the airport. The intelligent system that monitors the environment, avoids aircraft and vehicles, and maintains a certain distance, guarantees the safety of unmanned vehicles in the airport and the safety of the apron area.

Second, in addition to the safety requirements of the airport, it actually has very high requirements for efficiency, because this flight is managed strictly according to time, especially the entire flight at Hong Kong Airport is very dense and the place is still small, so The efficiency requirements are very high. It is required that the unmanned vehicle must complete the service within a few minutes, and this cannot be exceeded. More than one time is equivalent to a record. In terms of efficiency, we also need to ensure that our unmanned vehicles cannot stop there if something goes wrong. You must ensure that it can operate at all times. If it goes wrong, there must be other ways to continue to provide services.

The third is the environment. The Hong Kong Airport is reclaimed from the sea. It is an environment that relies on the sea. Typhoons, heavy rains, high temperatures, and smog put great pressure on the technology itself, the quality of unmanned vehicle products, and operations. Basically, after more than 500 days of operation, we have overcome these three difficulties.

Sohu Technology: What other segmentation scenarios is Uisee still working on? How is it laid out? Which applications are the focus of investment?

Peng Jincheng: We are currently working hard in many industries. We are AI drivers in all scenarios. We provide AI driving services. In addition to airports, we have more than 100 unmanned vehicles in the world’s most modern factory. Normalized operation of AI drivers. In addition to public transportation, unmanned buses, RoboTaxi, passenger vehicles and unmanned delivery, we are also working hard. Our goal is to apply full-scenario AI drivers in addition to these so-called specific The scenes also include various open scenes.

Sohu Technology: In 2018, you expect that it will take 3-5 years for the cost of driverless vehicles to fall to the point that they can be commercialized on a large scale. Looking at it now, has this progress been achieved?

Peng Progress: In 2018, it seems that the judgment is still a little conservative. In fact, everyone is now talking about the second half of driverless driving. The first half is mainly about technical products and whether it can explore real business. The landing value has been proven in the second half.

Sohu Technology: Autonomous driving technology manufacturers like Baidu have also started to build cars. What do you think of the current car building boom? Does Yushi have a plan to build a car?

Peng Progress: It is precisely because everyone has seen that smart driving has entered the second half, we have solved these difficulties with technology, products and the first batch of large-scale commercialization, allowing the entire industry to see the arrival of smart driving. That’s why so many companies have begun to join the manufacturing of smart driving cars. In itself, our past work and our persistence are an affirmation.

Secondly, we still stick to our point of view. We don’t build cars. We only provide AI drivers. We work with other car-making companies in the whole industry. As we enter the second half, the industry begins to gradually integrate. The point of view is who is good at Do what you do. In the end, only in this way can the future of intelligent driving come faster.

Viettel affirms the level of high-tech research and development

TRẦN BÌNH - May 20, 2021 0
Intellectual property is what any company or organization wants when developing its own technology. From the very beginning, Viettel understands and defines very clearly...