When it comes to big cities in Gansu, the first thing everyone thinks of is Lanzhou, the provincial capital. As the largest city in Gansu and the economic, cultural, and political center of the province, Lanzhou has a pivotal position in the province. As for the second largest city in Gansu Province, there has always been a lot of controversy. Among them, Tianshui and Qingyang are the most competitive. If ranked according to population, Tianshui City is the most qualified to be selected. 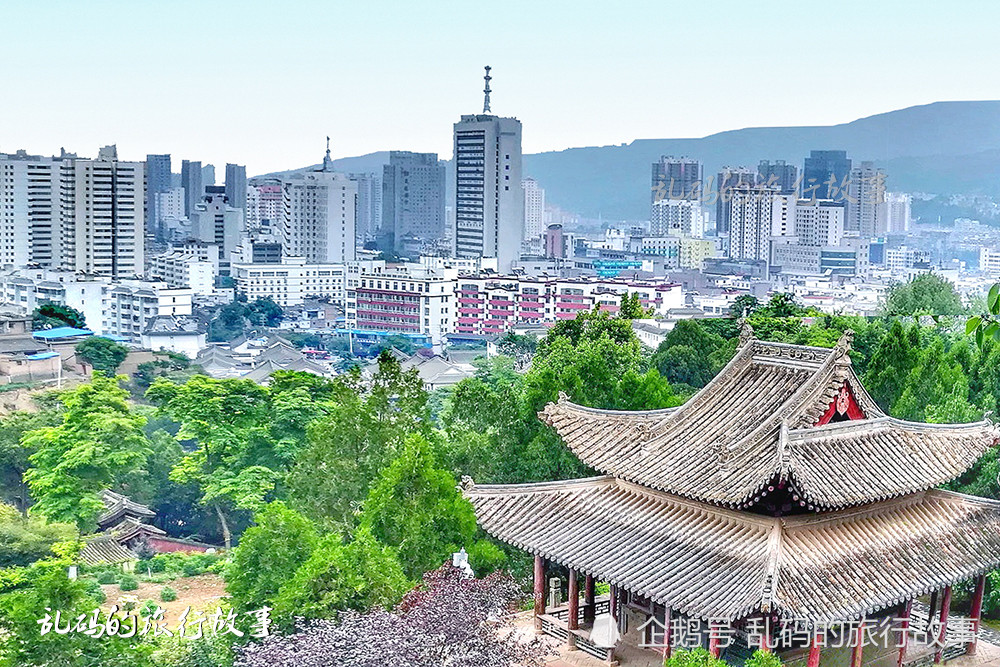 Located in the southeast of Gansu Province, Tianshui City, known as Qinzhou in ancient times, has a total urban area of ​​14,300 square kilometers. It has jurisdiction over Qinzhou and Maiji districts and five counties of Wushan, Gangu, Qin’an, Qingshui, and Zhangjiachuan Hui Autonomous County, with a total population of 3.72 million. In 2020, Tianshui City will achieve a regional GDP of 66.69 billion yuan, ranking third after Lanzhou and Qingyang, and it is the third largest economic city in Gansu Province. 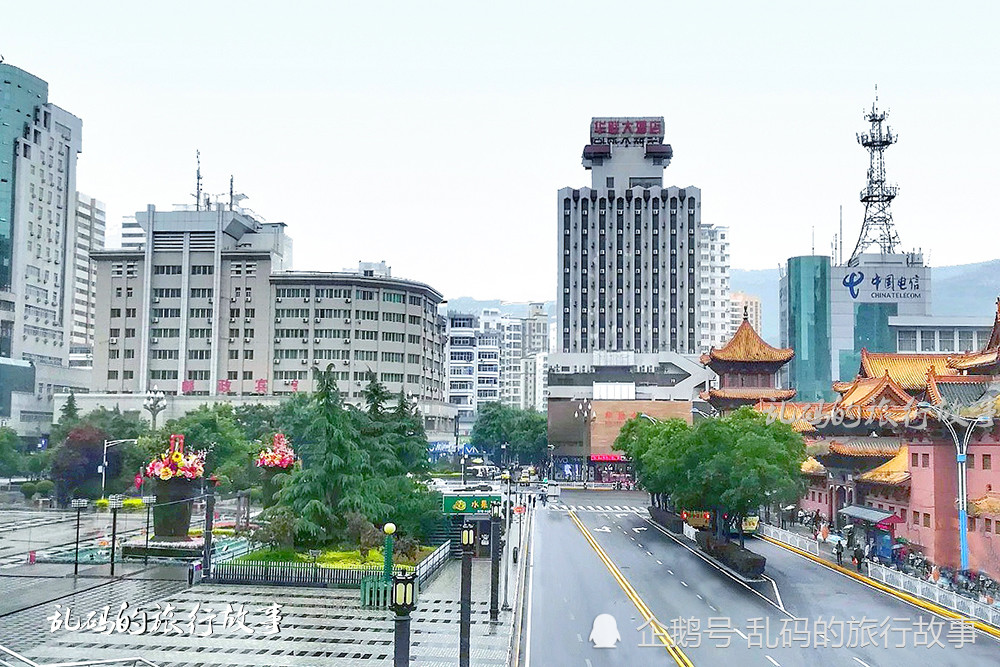 Although Tianshui belongs to Gansu Province, it is completely different from the Gobi Desert in the west. It has a mild climate, four distinct seasons, lush vegetation and a forest coverage rate of 36.45%. It is known as “Longshang Jiangnan”. The good ecological environment, unique natural resources and rich human resources such as cities, temples, temples and pavilions complement each other, making it an ideal destination for the best livable environment in the northwest and for tourism and leisure. 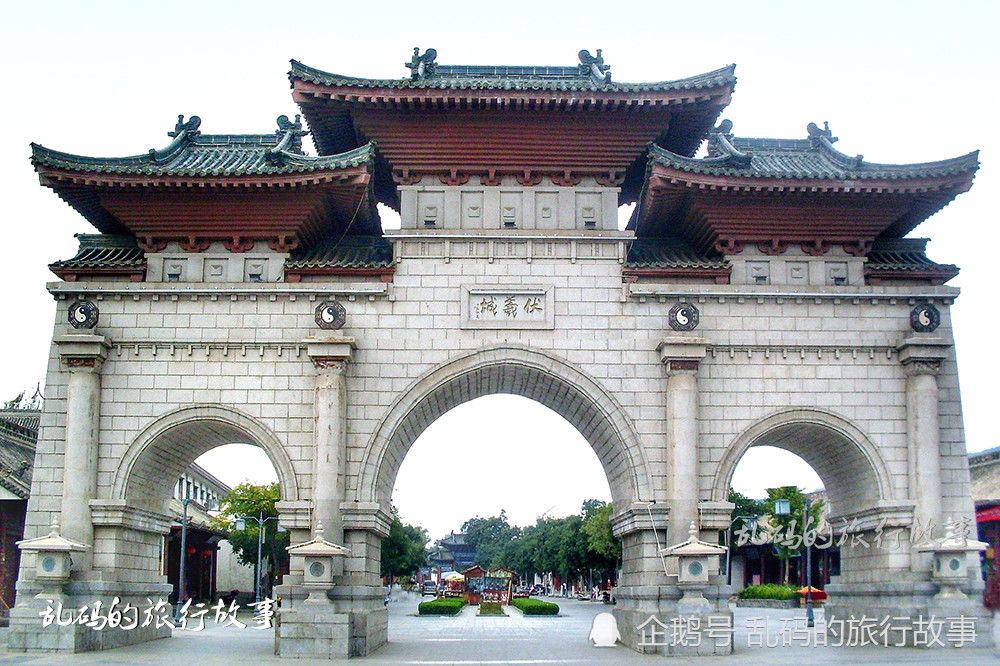 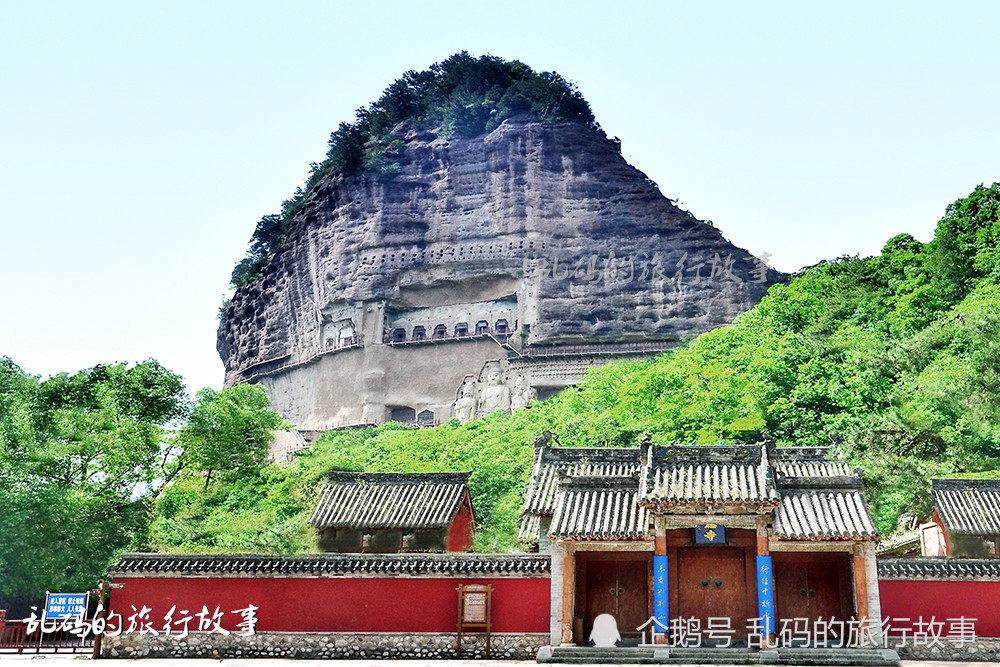 Rich historical and cultural resources have left a large number of cultural relics and historic sites in Tianshui. According to statistics, there are 470 cultural relics under protection in the city and as many as 228 scenic spots. Among them, the most worth seeing Maiji Mountain Scenic Area is a 5A-level tourist attraction in the country. The scenic area has green mountains and green waters, rich and diverse biological species, and has many famous landscapes such as “Maiji Misty Rain” and “Xianren Sending Lanterns”. It has been listed since ancient times. It is the first of the eight scenic spots in Qinzhou. 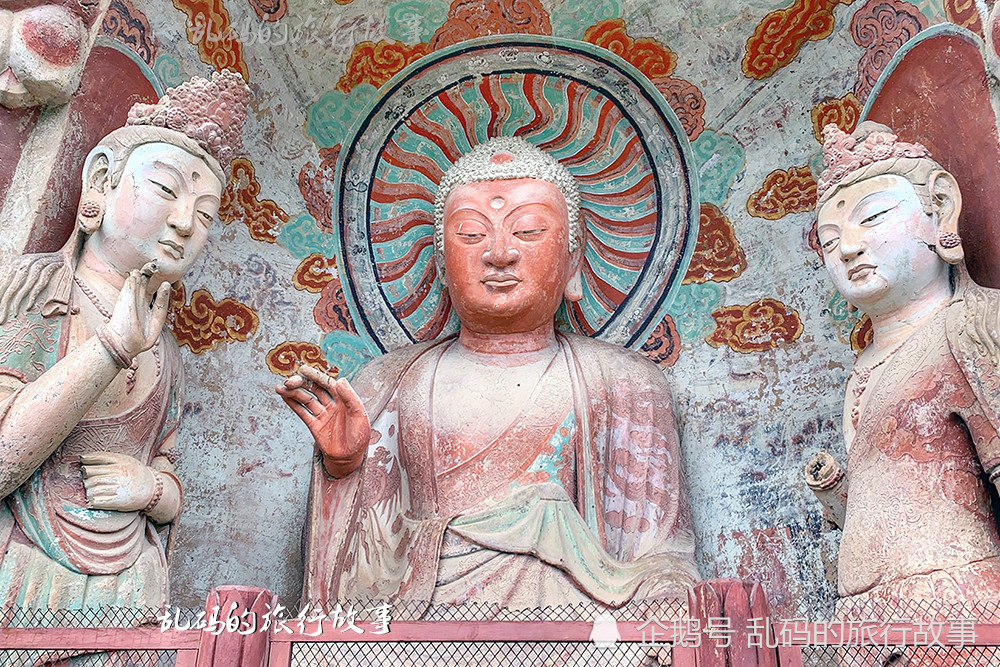 The Maijishan Grottoes, built in the post-Qin period of the Sixteen Kingdoms (384-417 AD), were excavated and rebuilt in more than a dozen dynasties of the Northern Wei, Western Wei, Northern Zhou, Sui, Tang, Five Dynasties, Song, Yuan, Ming, and Qing dynasties. There are 221 cave niches, 10,632 clay sculptures and stone sculptures, and 979.54 square meters of murals. It is one of the four largest grottoes in my country and was selected as a World Cultural Heritage in 2014. It is known as the “Exhibition Hall of Oriental Sculpture Art”. 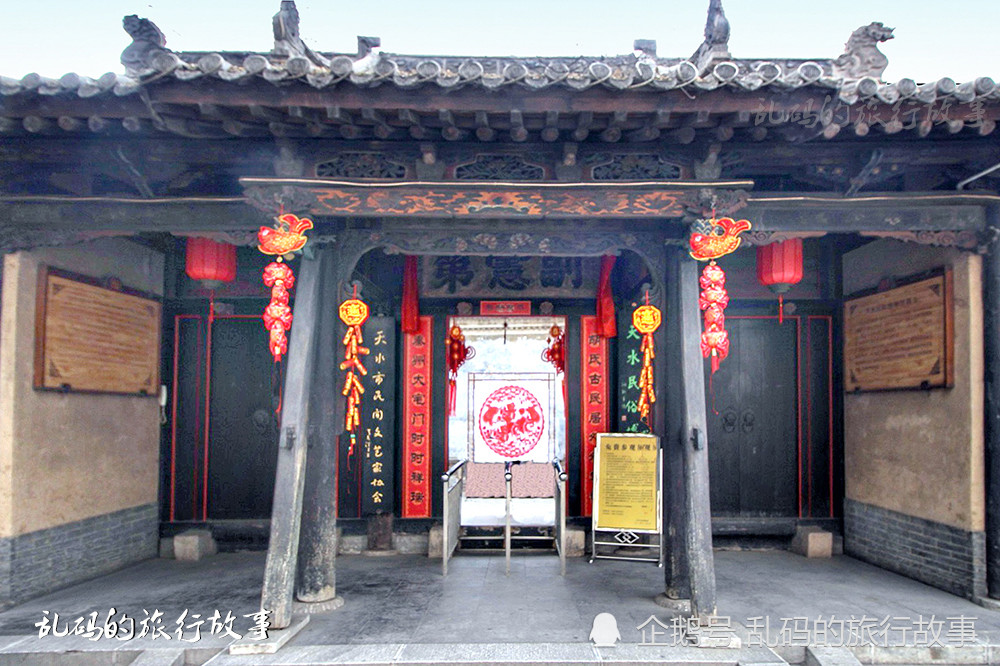 In addition to the well-known Maiji Mountain Grottoes at home and abroad, there are also many places of interest in Tianshui City. The ancient residence of the Hu family, which was built in the 36th year of Wanli in the Ming Dynasty (1608), is one of them. This residence in the center of Tianshui City was the private residence of Hu Laijin, deputy envoy of the Minister of Justice of Shanxi in the Ming Dynasty, and his son Hu Xin, Shaoqing Department of Taichang Temple. It is also the only existing Ming Dynasty official residence in Gansu. It is known as “Longshang”. The first residential house”. 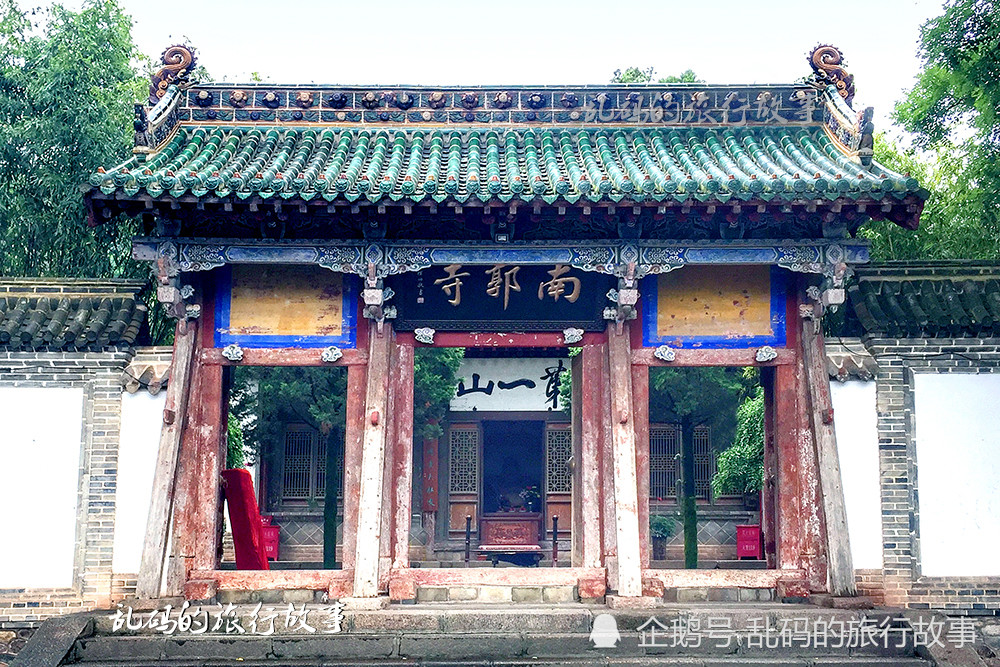 In the summer of 759 AD, Tianshui welcomed one of the most important guests in history-the poet Du Fu. At that time, Du Fu resigned and traveled west with his family members due to the Anshi Rebellion. He lived in Nanguo Temple in Tianshui for more than three months and wrote more than 100 popular poems. This ancient temple was built during the Southern and Northern Dynasties, and has therefore become a place for literati and inscriptions to visit, and is known as the “first famous temple in Longyou”. 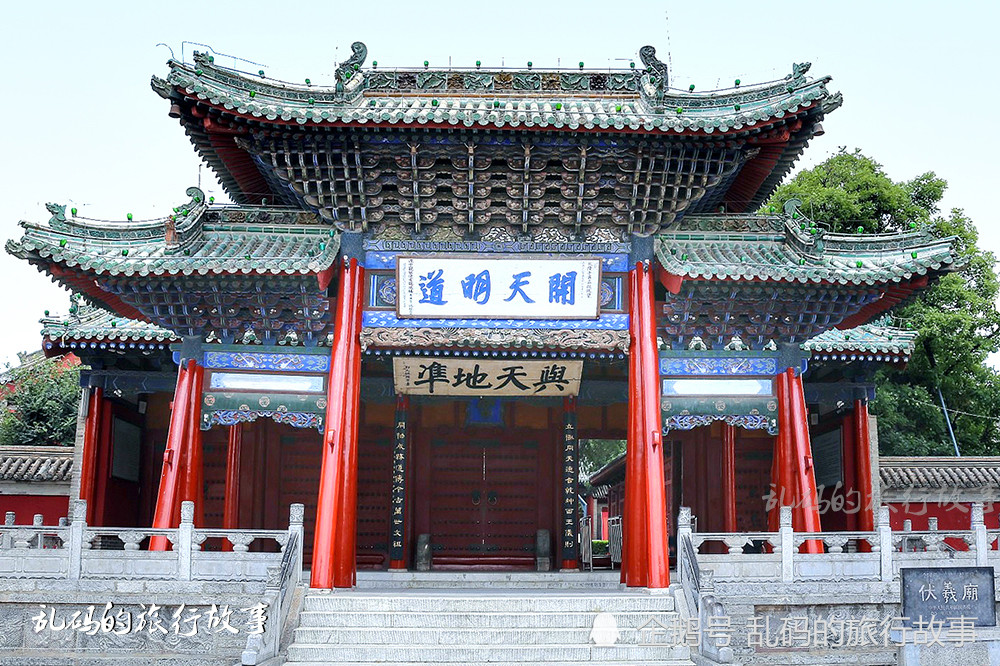 Fuxi is the earliest documented creation god in China. According to ancient records, he invented and created divination and gossip, and he tied ropes into nets to teach people the methods of fishing and hunting. He was regarded as the beginning of the humanities of the Chinese nation. Tianshui, as the birthplace of Fuxi, currently has the largest and best-preserved Ming Dynasty Fuxi Temple complex in the country, known as the “First Temple in China”. Every year on the 16th day of Fuxi’s birthday, Fuxi Temple attracts many domestic and foreign tourists to worship.

Hoài Anh - May 12, 2021 0
This statue was erected with the humanistic meaning of death and how people receive it. Poblenou is an iconic cemetery in...