Home Travel Hanfu is the embodiment of the country’s clothing, I think it looks...

In the past few years, “Hanfu” has always been a hot topic for everyone to discuss. There have been mixed opinions on whether to restore Hanfu, and there has been no conclusion. Hanfu is called “Traditional Costume of Han Nationality”, also known as Hanfu, Huafu, etc. From the ascension of the Yellow Emperor to the end of the Ming Dynasty and the beginning of the Qing Dynasty, the costumes worn by the Han people are an important manifestation of China’s state of clothing and etiquette. Every year, the third day of the third month of the lunar calendar, which is the birthday of the Yellow Emperor, is designated as the “Chinese Chinese Clothing Day”, so that more people can understand that Hanfu is one of the traditional Chinese costumes, so that traditional culture will not be forgotten, especially not let The Koreans robbed them, but they kept watching. Taken in Ningbo, Zhejiang Province in May 2021. With regard to Hanfu, what people discuss most nowadays is whether it looks good or not and whether it is actually not practical. First of all, let’s talk about whether it looks good or not. Personally, I think it’s pretty good. I have been to all parts of the country, and I have also seen various forms of Hanfu. Generally speaking, they are quite beautiful and gorgeous. As for practicality, there is indeed no convenience from modern clothing. However, it is not for you to wear Hanfu every day. It is quite necessary to wear it on important festivals. In fact, many ethnic groups in the world have kept their traditional costumes. For example, our neighbors Japan and South Korea, the Chinese culture that their ancients have learned, can be well preserved. Why can’t our orthodox Han people inherit it? Of course, in the past few years, both collectives and individuals have begun to actively promote Hanfu, so that people wearing Hanfu walking on the street will not be treated like monsters in the earlier years. The Xiangshan Film and Television City scenic spot located in Xinqiao Town, Xiangshan County, Ningbo City, Zhejiang Province, spares no effort in promoting traditional Chinese culture and Hanfu. No, during May 1st this year, the scenic spot also organized a large-scale Guzheng performance. A team of more than 200 people composed mainly of children played the most beautiful notes with traditional Chinese musical instruments. It attracted the attention of many tourists and was also aroused on the Internet. The heated discussion has allowed countless people to appreciate the beauty of Chinese traditional culture. 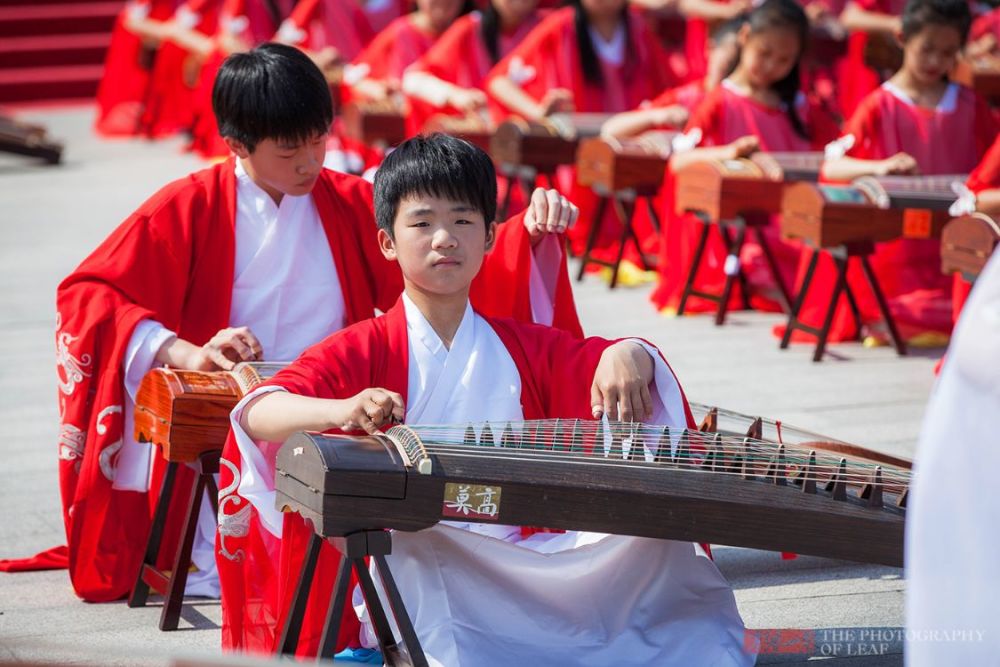 Although many children are now learning Western musical instruments, traditional Chinese musical instruments such as Guzheng are also favored by parents. A guzheng, put on a Hanfu, flicked and buckled, that calm and relaxed look, really gives people a sense of immortality. At least I like this feeling, what do you think? 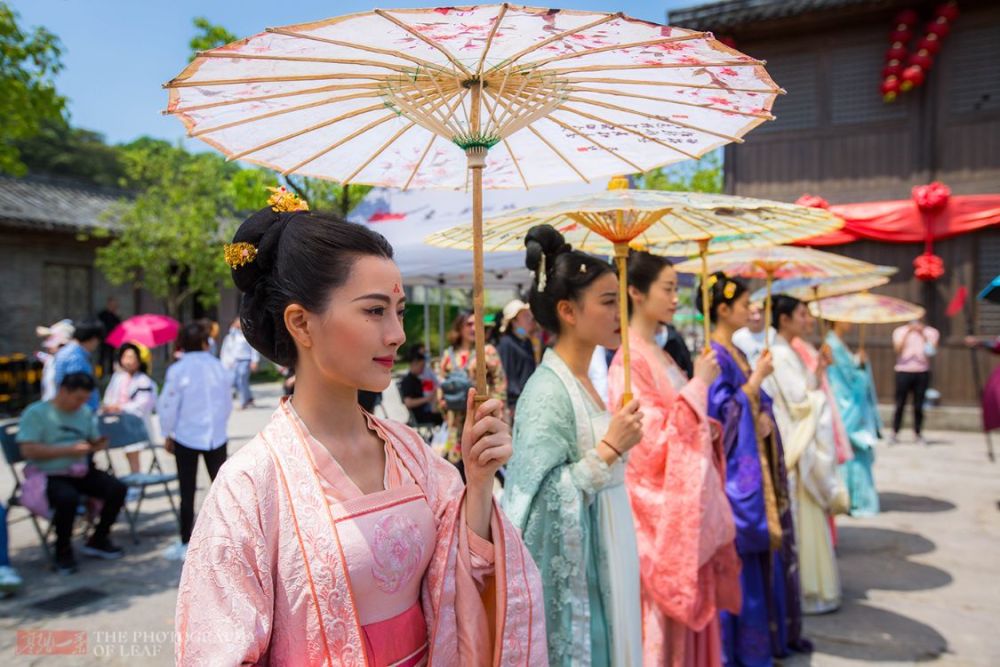 In each event, the Xiangshan Film and Television City scenic spot will launch a large-scale parade, and its theme is mostly based on Han costumes. For example, this year’s float parade restored the magnificent royal outing scene in ancient China. Especially the princess dressed in Hanfu, that was the focus of the whole team. There were many tourists watching everywhere in the team. Both men and women were attracted by the luxurious costumes and beautiful appearance, and they took out their mobile phones to take pictures. In addition, the scenic area also has a preferential ticket policy for tourists wearing Hanfu, so you can often see tourists wearing Hanfu in the scenic area. In fact, Xiangshan Film and Television City has a city that spans five thousand years of China. When you walk in it in Hanfu, there is no sense of disobedience. It even feels like you have traveled to ancient times. It is more enjoyable when you play. During the May 1st holiday this year, this kid was the one who left the deepest impression on me in the scenic spot. He is about five to six years old, dressed in a well-fitting Hanfu, with a bamboo basket on his back, and looks like an ancient person. The only regret is that he wore a pair of modern shoes. It is estimated that because of his age, his parents were afraid that he would occasionally wrestle with ancient shoes. To say that this costume, one stop in the scenic spot of tens of thousands of people, is definitely the most beautiful boy in the crowd, and it is the focus wherever he goes. The adults gave it a thumbs up, and the children cast envy eyes when they saw it. In fact, I should like the boy’s parents even more. If he can dress up his children with traditional Chinese costumes with such care, he is definitely a faithful inheritor of Chinese culture. I also hope that more parents can let their children inherit the traditional culture.

In the past and now in unforgettable places in Ha Long

editor - May 9, 2021 0
Today's urban face of Ha Long, Quang Ninh is spacious and synchronous. However, in the memories of those who were born and raised in...