Home Business Involved in catering, layout of moon cakes and other categories hit the... 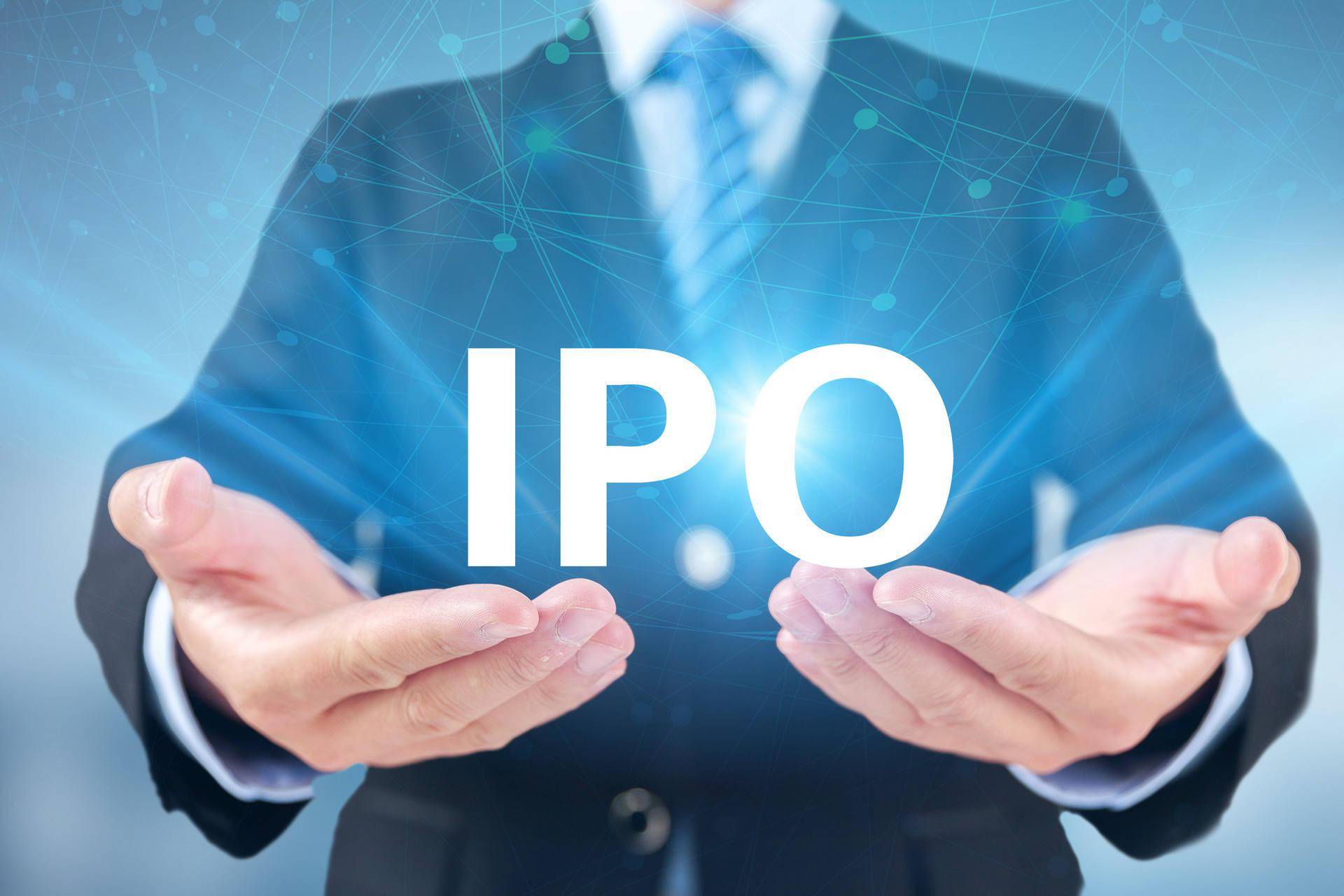 On June 4, ten days before the Dragon Boat Festival in 2021, Zhejiang Wufangzhai Industrial Co., Ltd. (hereinafter referred to as “Wufangzhai”), which changed its sponsoring brokers three times in just two years, finally submitted a prospectus to the China Securities Regulatory Commission. The company officially applied for listing on the main board of the Shanghai Stock Exchange.

Beginning in 1921, Wufangzhai became the first batch of “Chinese time-honored” enterprises to become famous for making zongzi. After restructuring and privatization of collective enterprises, the company is no longer just a zongzi production enterprise. After years of development, Wufangzhai also has business lines or product lines such as catering stores, moon cakes, glutinous rice balls, cakes, egg products, and other rice products.

However, like many old brands, in addition to products such as rice dumplings and finished dishes and semi-finished products, the moon cakes, glutinous rice balls, pastries, egg products, and other rice products sold in Wufangzhai are all processed and produced by OEMs. Even for the famous zongzi products, Wufangzhai is increasingly dependent on OEM production.

As a company that produces seasonal foods, in order to ensure the stability of the company’s income, Wufangzhai has established direct-operated or franchised stores in high-speed service areas, high-speed rail stations, shopping malls and other places with large numbers of people, but these stores have different profits and losses. From 2018 to 2020, the total number of the company’s directly-operated stores has declined. By entrusting processing to expand product lines and raising funds to build an e-commerce center, can “Wufangzhai” be transformed into an Internet food brand as it wishes?

The historical evolution of collective enterprise restructuring is complicated

The predecessor of Wufangzhai was the overall reorganization of the Wufangzhai Zongzi subsidiary in Jiaxing City, and was jointly established by Jiaxing Department Store, Jiaxing Meat Center, Jiaxing Brewing, Jiaxing Academy of Agricultural Sciences and 582 natural persons. From the perspective of property rights structure, Wufangzhai is a collective enterprise. At the beginning of its establishment in 1998, Wufangzhai still left 520,000 shares that were not clearly vested, and the remaining shares accounted for 4.29% of the company’s total share capital.

In 2011, Wufangzhai Group also incorporated 9 companies under the group including catering, e-commerce and rice industry into the company system of Wufangzhai through capital increase, in order to increase Wufangzhai’s business line and avoid competition in the same industry. Related questions. The following year, in 2012, Wufangzhai accepted the capital increase from 6 institutional shareholders, including Shanghai-Nanjing Expressway, Everbright Financial Holdings Venture Capital Co., Ltd. (hereinafter referred to as “Everbright Financial Holdings”), and 2 individual shareholders. The valuation is 1.3 billion yuan. In the same year, Wufangzhai Group also transferred 139 million yuan worth of equity at a valuation of 1.3 billion yuan.

Five institutional shareholders, including Everbright Financial Holdings and Ivy Investment, who invested in Wufangzhai in 2012, transferred their equity in Wufangzhai to the company’s actual controller’s related parties at an overall valuation of 1.7 billion yuan in 2016. Ocean decoration. Judging from the supplementary agreement signed between Wufangzhai Group and Ningbo Fuju, which became a shareholder in 2012, Wufangzhai introduced new shareholders in 2012 to promote the listing of the company. The trigger condition for the supplementary agreement signed by Wufangzhai Group and Ningbo Fuju is the enterprise. To be listed at the end of 2015.

In the historical evolution of Wufangzhai, issues such as the transfer of state-owned shares and the handling of remaining shares may become the focus of the company’s listing review. The actual controller of the company, Li Jianping, was also involved in the case of Feng Shuixiang, the former chairman of Jiaxing Industrial Assets Investment Group Co., Ltd. and party secretary, taking bribes and illegally operating similar businesses. This has aroused further market concern about the listing of Wufangzhai.

Regarding Wufangzhai’s above question, “Investor Net” also contacted Wufangzhai’s secretary of the board for verification, but failed to get a reply from the other party.

Zongzi is one of the traditional Chinese delicacies with a long history, but like moon cakes, it is a typical seasonal food. After the Dragon Boat Festival, the market demand will be greatly reduced. At the same time, in the long process of development, combined with local specialties and taste preferences, Zongzi has also developed many “factions” and taste preferences. Representatives include the Jiaxing fresh meat dumplings preferred by Wufangzhai in Jiangsu and Zhejiang, and the Beijing glutinous rice dumplings eaten with sugar in the north; in addition, there are also Shanxi yellow rice dumplings, Shaanxi honey cool dumplings, and Nanning cool dumplings. Zongzi’s “sweet party” and “salty party” are also incompatible on the Internet, and they have been a hot topic of discussion during the Dragon Boat Festival for many years.

In addition to the large regional differences in taste, the price of zongzi is generally not high, so the overall scale of this market is not large. According to statistics, the scale of my country’s zongzi market was 4.916 billion yuan in 2015, and it will grow to 7.337 billion yuan in 2019, with a compound annual growth rate of 10.53%. The report cited by Wufangzhai in the prospectus estimates that by 2024, the domestic zongzi market The scale is only 10.291 billion yuan.

Unlike moon cakes, which require a mold and an oven, the rice dumplings can be made at home after simple processing of the materials, and they can be eaten after they are cooked. Also because of the convenience of making zongzi and the different tastes in different places, shopping malls and vegetable markets in many places will provide materials for making zongzi or homemade finished zongzi before the Dragon Boat Festival. Because the production of zongzi is convenient, and consumers prefer to make zongzi now, this makes the originally small zongzi market present a very fragmented status quo.

Competition is also fierce in terms of fine packaging and zongzi gift boxes. At present, there are more than a dozen brands such as Wufangzhai, Beijing Daoxiangcun, Zhenzhen Lao Lao, and Zhiweiguan. In addition to traditional rice dumplings, beverage brands such as Starbucks, Heytea, and Naixue will also make their own creative rice dumplings to further carve up this otherwise small market.

During the period from 2018 to 2020, Wufangzhai actively deployed catering or sales outlets in crowded areas such as shopping malls, high-speed service areas, and high-speed rail stations to cope with the current seasonal changes in the company’s income and further expand the scope of the company’s product radiation .

Zongzi sales decline, the proportion of e-commerce is low

Due to the unfavorable expansion of self-operated stores and restrictions on local tastes, as of the end of 2020, 55.82% of Wufangzhai’s income depends on the contribution of Eastern China. In the division of Wufangzhai’s sales revenue, only 18.53% comes from e-commerce retail, and this part is directly sold to end consumers. Wufangzhai did not disclose the sales target. Therefore, consumers in East China may contribute more than 55.82% of the income to Wufangzhai online and offline. In addition, compared with the 411 million zongzi sold in 2018, the total number of zongzi sold by the company in 2019 decreased by 3.131 million; affected by the epidemic, in 2020, Wufangzhai only sold 366 million zongzi.

Although the overall sales volume of Wufangzhai Zongzi has declined, and the company’s production capacity has increased, Wufangzhai’s self-produced rice dumplings accounted for a lower and lower proportion of the total number of Zongzi produced by the company during the current period. The more they rely on foundries to produce products for the company, the controllers of some foundries are still shareholders of Wufangzhai. From 2018 to 2020, the foundry produced 11.66%, 13.40% and 25.01% of zongzi for Wufangzhai.

In addition to using OEMs to produce rice dumplings, Wufangzhai has also expanded the company’s product line by producing moon cakes, glutinous rice balls, pastries, egg products and other rice products. As of the end of 2020, only Wufangzhai contributed 70.77% of the revenue, of which 17.82% of the revenue was provided by the moon cake series, egg products, pastries and other products produced by the foundry.

It is worth mentioning that of Wufangzhai’s 1.056 billion yuan fundraising, 90 million yuan is intended to be used to supplement working capital. However, from June 2018 to March 2021, Wufangzhai has paid dividends 4 times, with a total dividend amount of up to 253 million yuan. This also makes the outside world have certain doubts about the necessity of fundraising.

In response to the above questions, “Investor Net” also tried to ask Wufangzhai’s Secretary of the Board for verification, but failed to get a reply. (Produced by Thinking Finance)■

Background Possibilities of the financial investment What to do with the...