More than 1,300 years ago, there was one of the most prosperous cities in the world at the time in the Divine Capital Land. It was called a “world wonder” and was known as the “Palace of Ten Thousand Palaces”, namely the Ziwei City of Luoyang in the Sui and Tang Dynasties. Ziwei City, the main palace, political center and national symbol of the Sui, Tang, and Wu Zhou empires, was Luoyang City and Palace City in the Sui and Tang Dynasties, also known as Ziwei Palace. Founded in the first year of the Sui Dynasty, it was used successively in the Tang, Five Dynasties, and Song Dynasties. After seven dynasties, it has survived for more than 530 years. It is the palace with the most dynasties and the longest history in Chinese history. It was here that Wu Zetian was enthroned. 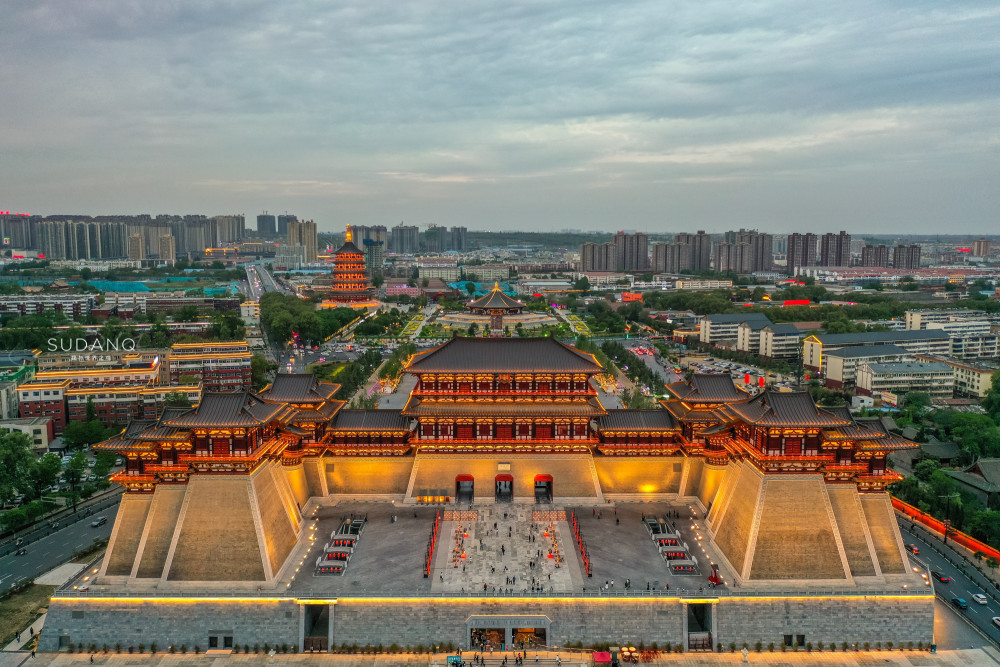 The prosperity of Ziwei City at that time is no longer visible, but the millennium relics have reappeared in the sky, and its magnificent style can be traced, such as the south gate of Ziwei City-Yingtian Gate, Mingtang and Heaven in Ziwei City. 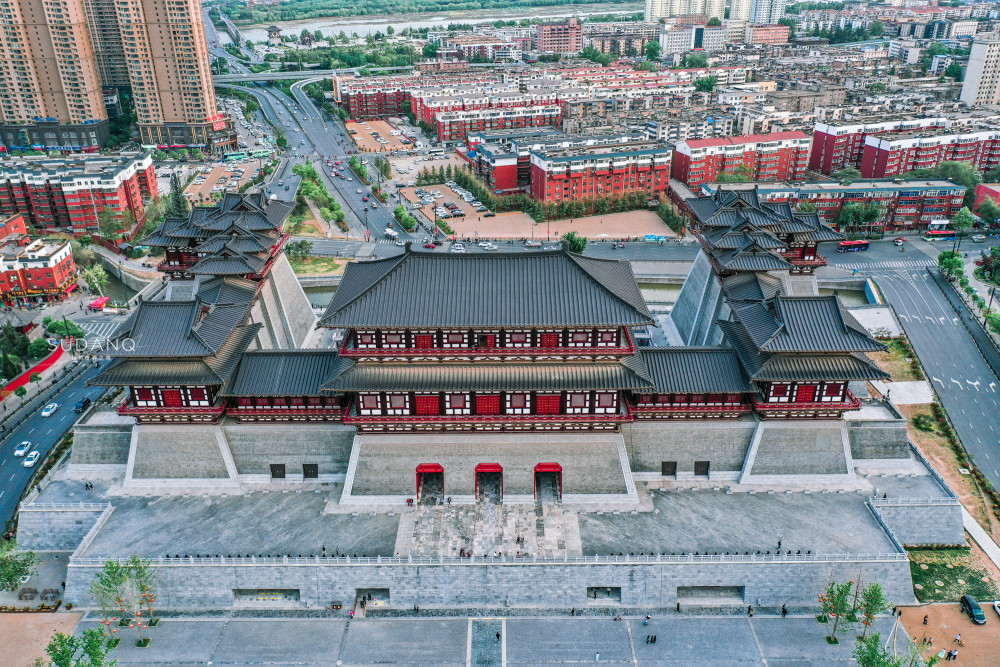 With the archaeology and discovery of the ruins, Yingtianmen and Mingtang Tiantang have been rebuilt one after another. Among them, Yingtianmen is magnificent and magnificent, and it was the place where all nations came to the dynasty. On this tower, Emperor Yang of Sui initiated the dynasty of all nations, Li Shimin issued an order to burn the city, Tang Gaozong interrogated “Korea political affairs”, Wu Zetian delivered an enthroned speech, and Tang Xuanzong met with the Japanese envoy to the Tang dynasty… its historical significance and majesty it goes without saying. When today we stand under the tower, walk under the tower, and stroll among the towers, our nostalgia and long-distance thinking about history are so “nearly late”. Especially when facing the ruins, it seems that you have come to Luoyang, the god capital more than 1,300 years ago. 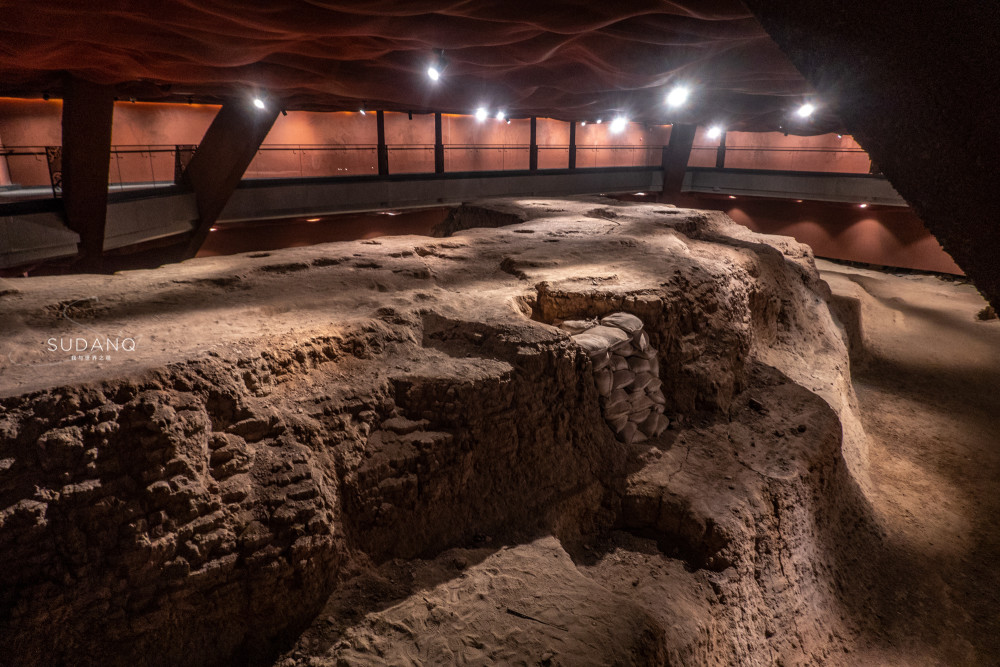 This huge building complex in the shape of “door”, which is composed of gate towers, duo towers, fault towers and the corridors between them, finally reveals its true colors. It is magnificent and magnificent. It is the first archeological excavation in the two capitals of the Sui and Tang Dynasties. Palace ruins. 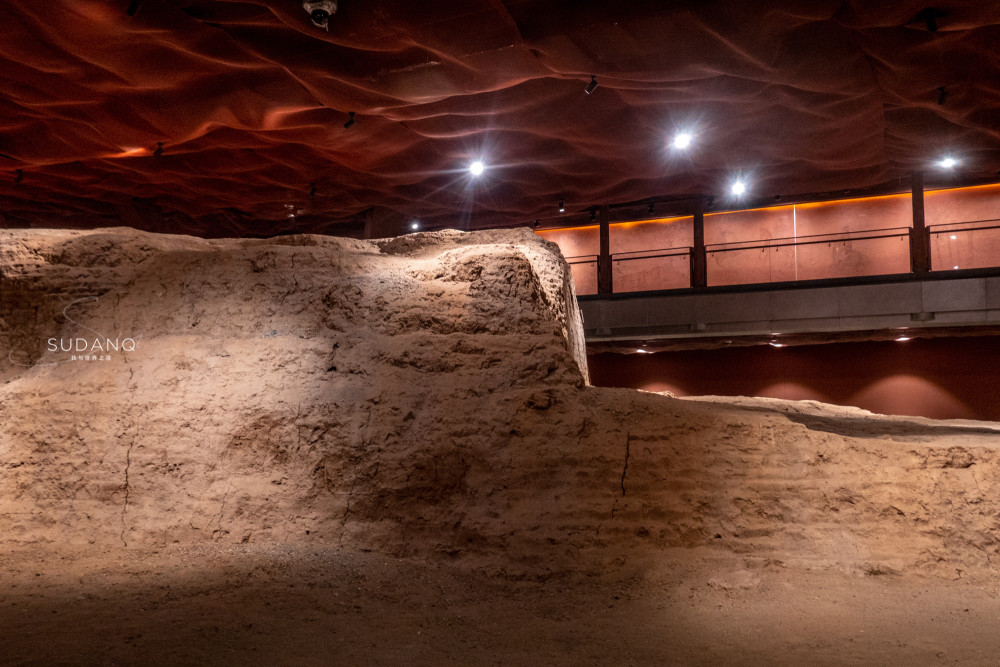 The scope of the lower platform base of the entire site is 137 meters from east to west, 60 meters from north to south, and the gate is 25 meters deep. A 120-foot (35 meters) city gate is built on such a platform. You can imagine it. Majestic. 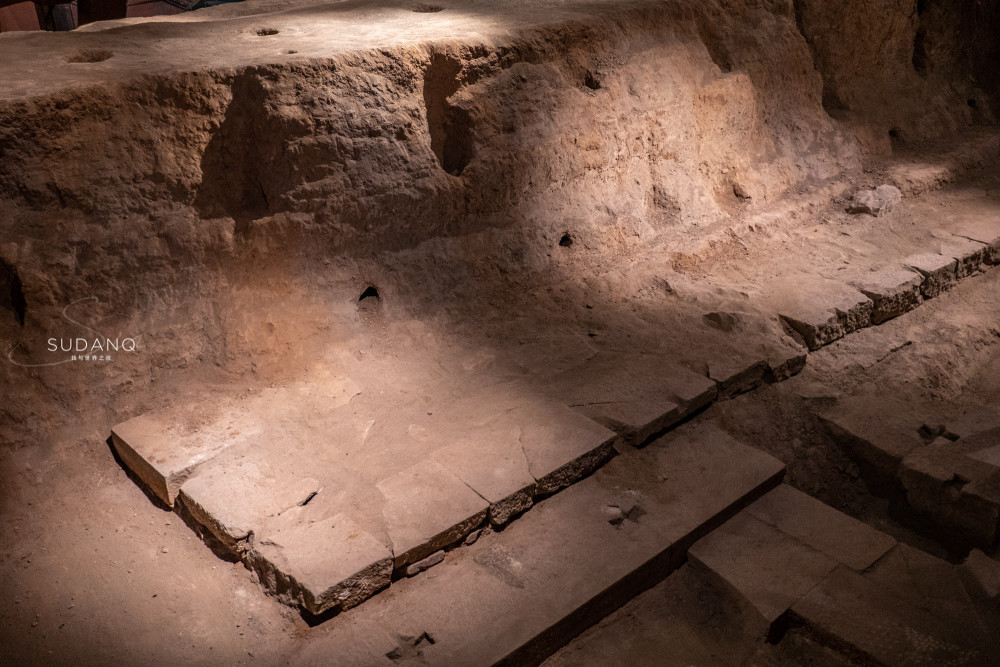 Its pier is 51 meters long from east to west, 26.5 meters wide from north to south, and the Sanmen Road is 5 meters wide. The middle is the royal road, and the left enters and the right exits. The Sanmendao is the requirement of the feudal political etiquette system, and it is the inheritance and development of the Sanmendao system formed since the Qin and Han dynasties. In front of the gate, there are two-way three-outlets that symbolize royal majesty. There are a total of twelve faults on the east and west sides. It is the highest level of the ancient city gate system and the highest courtesy system enjoyed by the emperor. Que is one of the highest-level architectural forms in ancient China. The highest-level in the Que system is the three-out que, which is dedicated to the emperor and has a respectable status. It is a unique landmark building in the world. It can be seen that Yingtian Gate is one of the highest gates in ancient China. 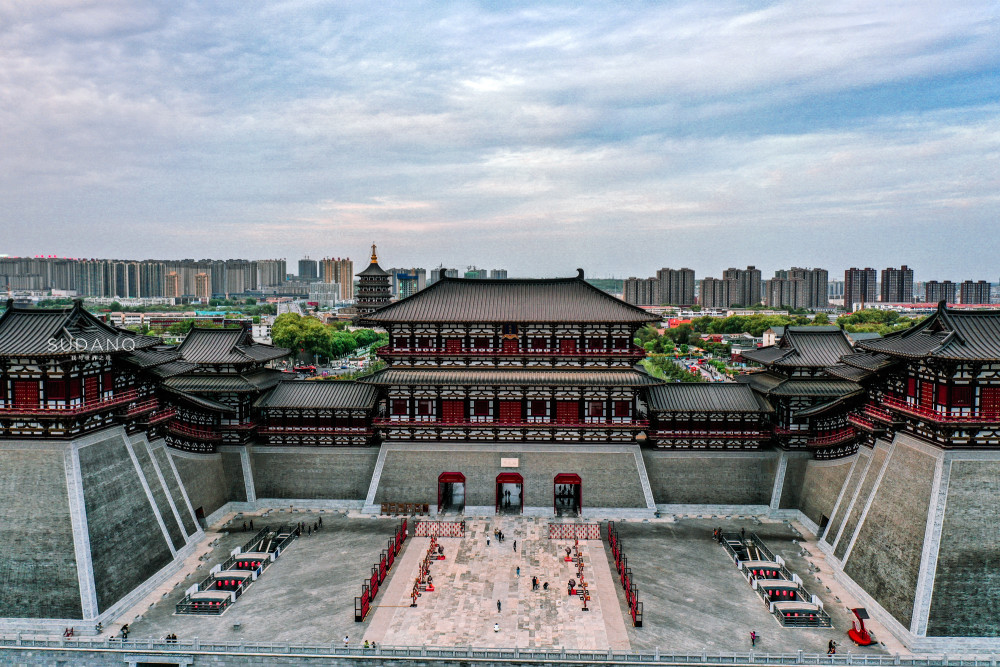 With the continuous archaeology and discovery of the Yingtianmen site, as archaeologists based on the site layout, existing objects, historical documents, etc., the majestic palaces of the year are now reappearing, and today people have a glimpse of the style in the form of a ruins museum. 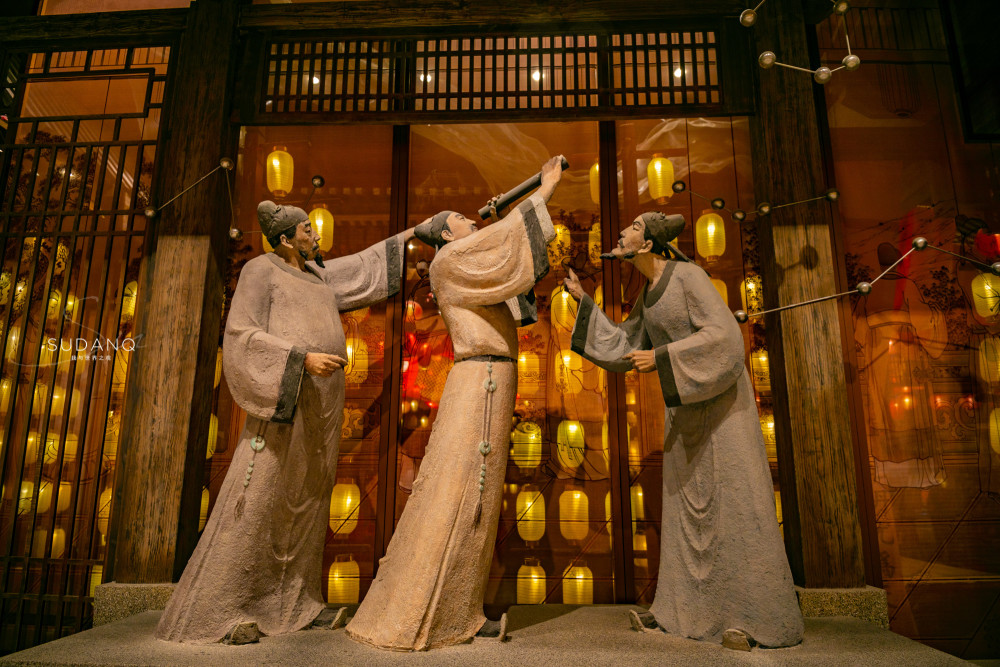 When we walked inside again, descended into the ruins, and watched the historic buildings that had long been buried by the Long River revealing a little trace, the heart of awe became particularly heavy. When the Chinese Cultural Heritage Institute and the School of Architecture of Tsinghua University kept the proportions, scales and colors of historical buildings to the utmost extent, I couldn’t help but be amazed, and I couldn’t help but sigh: Awe of history is the awe of our future. 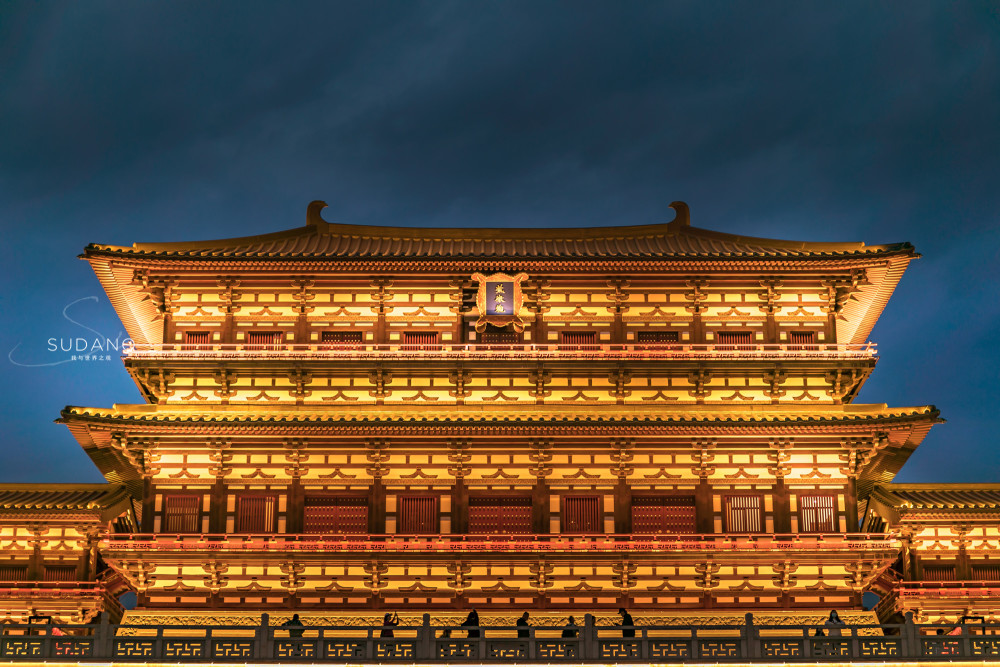 The currently open Yingtianmen site is divided into two parts: The first part is a protective cover built on the site. The base is a square base 120 meters long, 60 meters wide and 9.2 meters high. 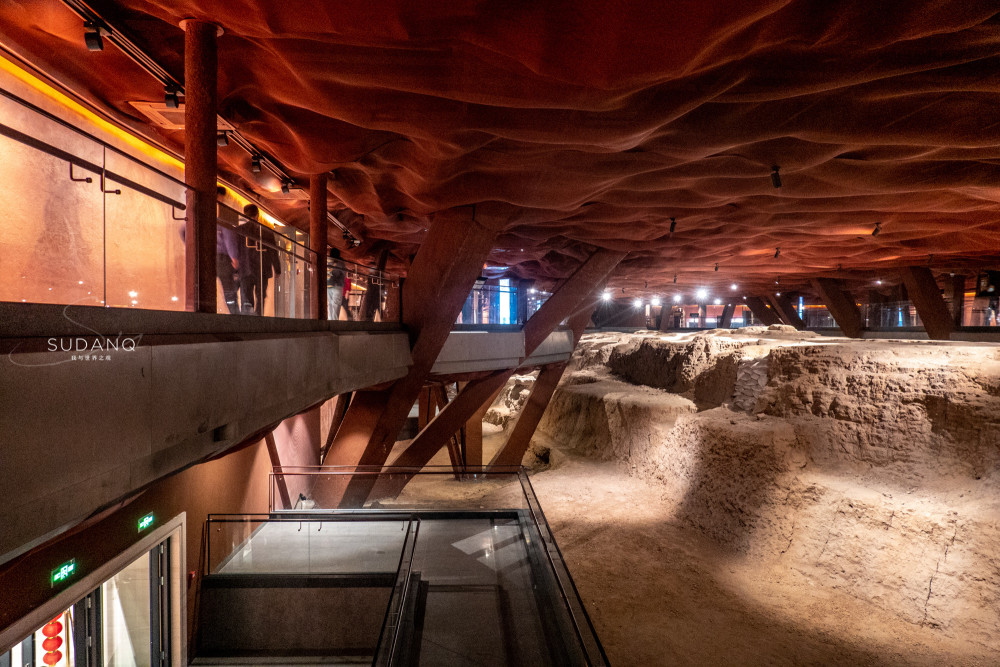 The second part is an imaginary model based on documentary records and excavation of the site. It is 50.3 meters high and consists of a gate tower in the middle, two towers on both sides and a que building extending to the south, with east-west corridors and left and right flying corridors in the middle. Connected, the whole is a huge building group in the shape of “door”. 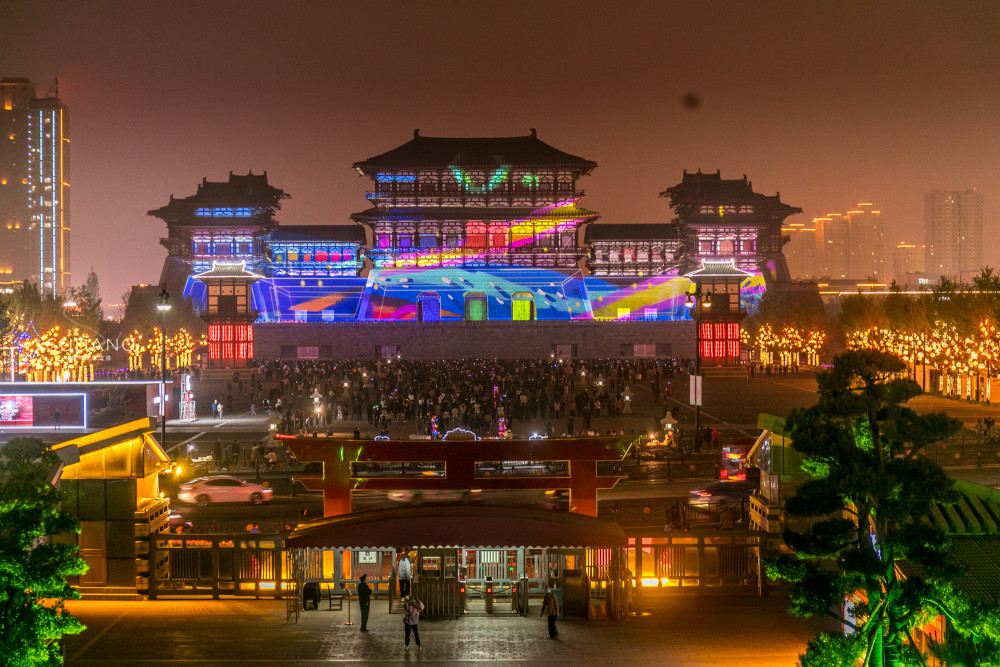 But in the face of the reconstruction of such an old site, a building complex of great significance, some netizens always complain about it as “reinforced concrete”, “is the cement dry”, and even more ironically “the first door in the universe” and “the first door in concrete”. “…Why is this? What is the meaning?

Celebrating 46 years of national reunification: Overcoming floods in the night,...

editor - May 3, 2021 0
On the occasion of the 46th anniversary of the April 30th victory for the complete liberation of the South and national reunification, we would...