Home Travel There is a small island in Zhejiang, and the fare is 440...

Speaking of domestic tourism, Zhejiang is definitely a major tourism province. It not only has famous natural scenic spots in the country such as Hangzhou West Lake, Qiandao Lake, Yandang Mountain, Putuo Mountain, but also famous man-made entertainment landscapes such as Songcheng, Hengdian, and Xiangshan Film and Television City. . Although Zhejiang has a long coastline and numerous islands, the only regret is that it lacks a blue sea and does not have a stunning seascape. However, Zhejiang is not without such islands, but because it is far away from the land, few people go to it, and not many people know about it. It is the Yushan Islands located in Xiangshan County, Ningbo City, Zhejiang Province. Today I will take you to explore this island known as the “Green Emerald in the East China Sea”. 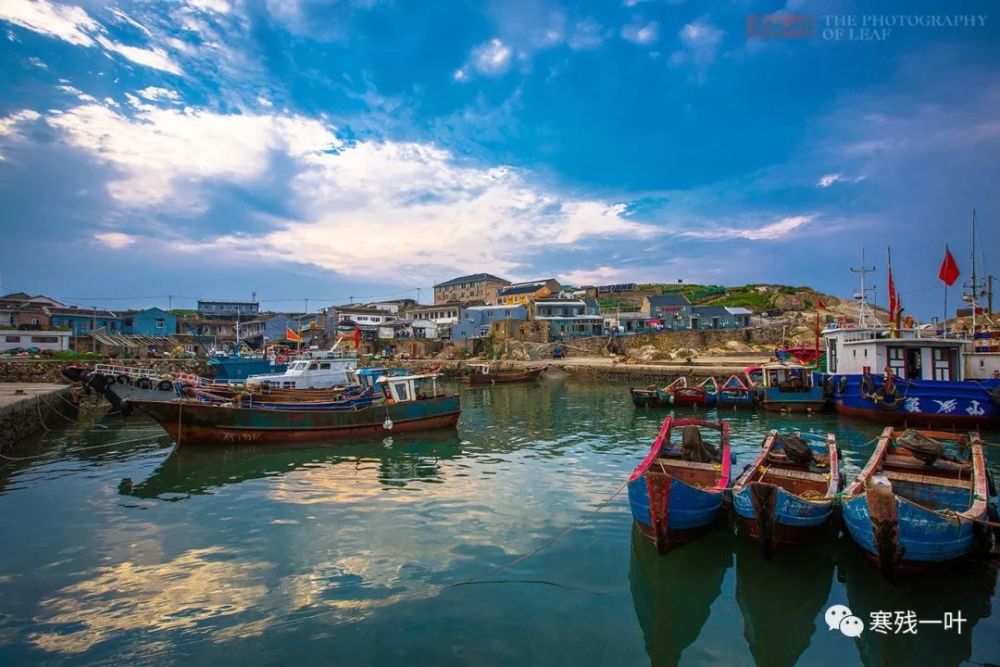 Han Can Yi Ye was photographed in Ningbo, Zhejiang. In everyone’s impression, the quality of seafood in Zhejiang is quite good, but this piece of sea yellow is a bit regrettable. But there is such a place, for the people of Zhejiang, it is a pure place outside the world. Not only is the water clear and blue, the island scenery is charming, there is also a quiet small fishing village, and delicious seafood feasts that make people mouth-watering. 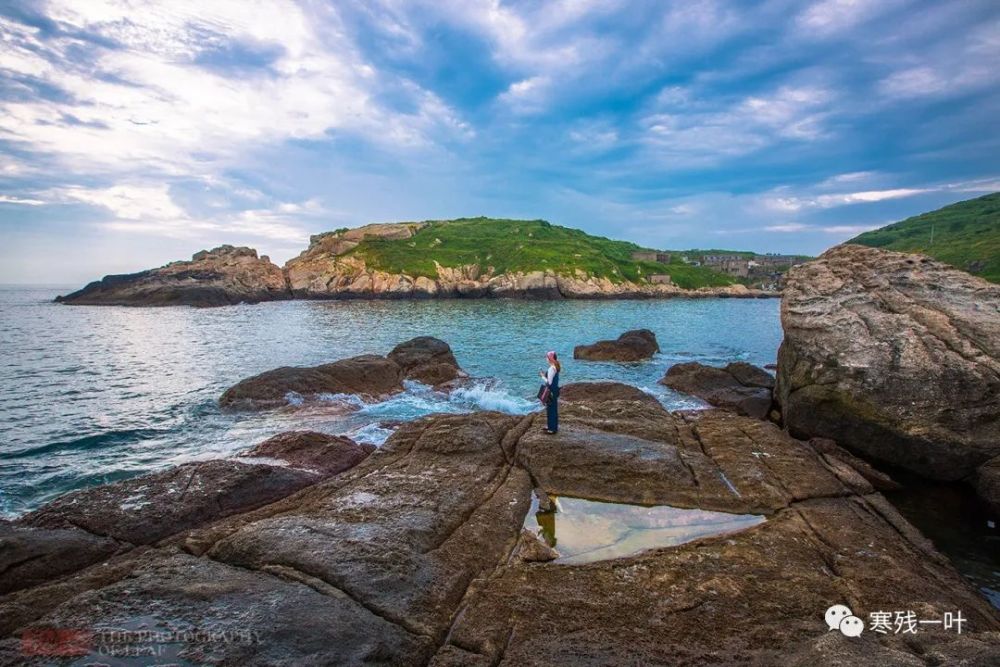 Seeing this, many friends may ask: “Why are there not many people who have been to such a good place, and there are no large-scale reports on the Internet?” The main reason is its unique geographical location. I will slowly introduce you to this special island. Xiangshan County, under the jurisdiction of Ningbo City, Zhejiang Province, is located on the coast of the East my country Sea, with abundant marine fishery and tourism resources. There are many islands in the sea area to which Xiangshan Mountain belongs, and Yushan Islands is one of them. It is located in the sea area southeast of Xiangshan Mountain, 27 nautical miles away from the famous Xiangshan Shipu Town, and the straight-line distance is about 45 kilometers. The Yushan Archipelago consists of 13 islands and 41 reefs including the South and North Fishing Islands and Wuhu Reef. It sounds like this group of islands should be quite large. In fact, the only island that tourists can go to is Beiyushan Island, which covers an area of ​​only 0.78 square kilometers. 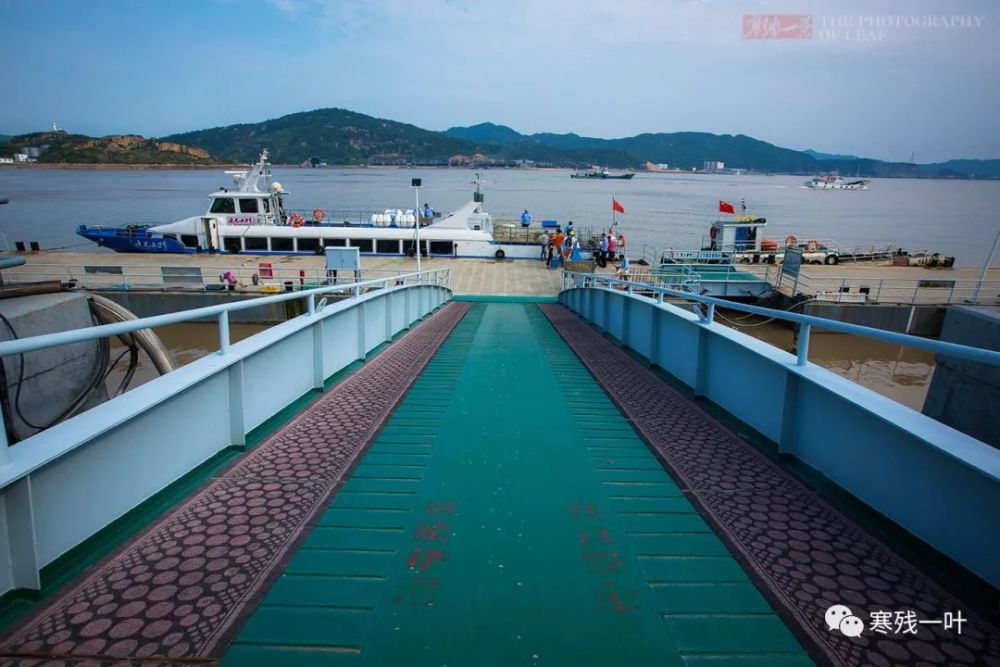 Fortunately, Yushan Island has not been developed by tourism so far, and everything has maintained the appearance of a pristine island. Because Beiyushan Island is not large in size and the number of tourists it can receive is limited, the number of people who go to the island every day is also controlled. Ordinary tourists go to the island by taking a shuttle boat from the passenger transport center on Yuquan Road, Shipu Town, Xiangshan. Tickets need to be booked in advance, so friends who want to go should choose a good day to book the tickets first, so as not to make a trip in vain. Regardless of the straight-line distance of only 45 kilometers, this boat ride still takes time. There are two types of ships in the passenger transport center: fast and slow. The express boat takes about one and a half hours one-way, and the fare is 220 yuan per person. To be honest, the price is not cheap. The slow boat is two and a half hours, and the one-way fare is 160 yuan per person. 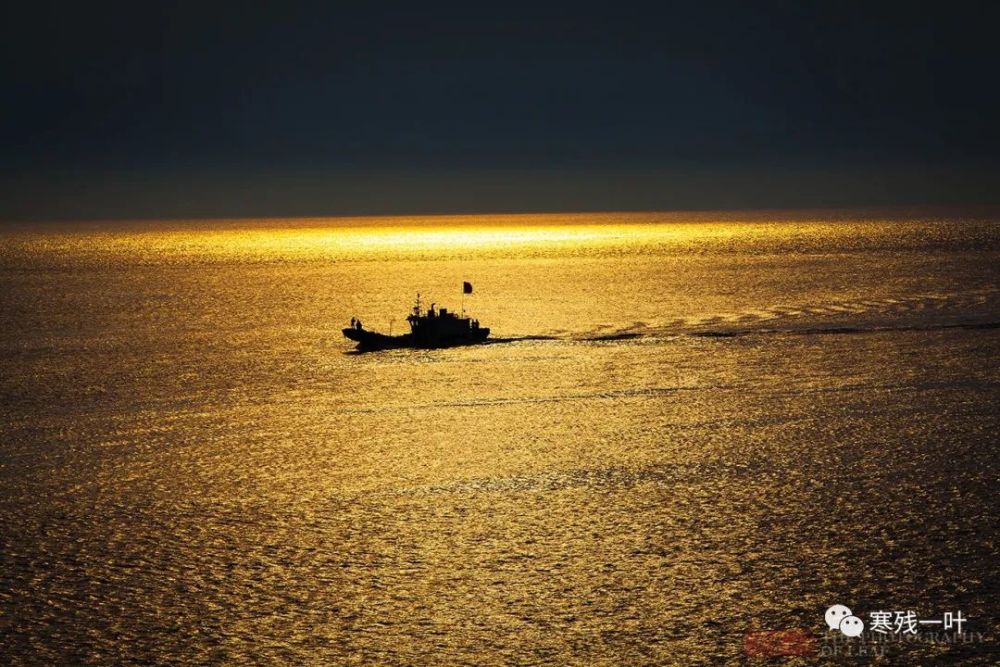 Since Yushan Island is located in the open sea, the wind and waves will be relatively large, so I personally think that taking a fast boat will not only have better facilities, but also for people who do not often take a boat, it may be less than an hour to suffer at sea. I remember the last time a friend of mine went to Yushan and was hit by strong winds and waves. It was really vomiting and unable to take care of himself, and there was no mood to play. 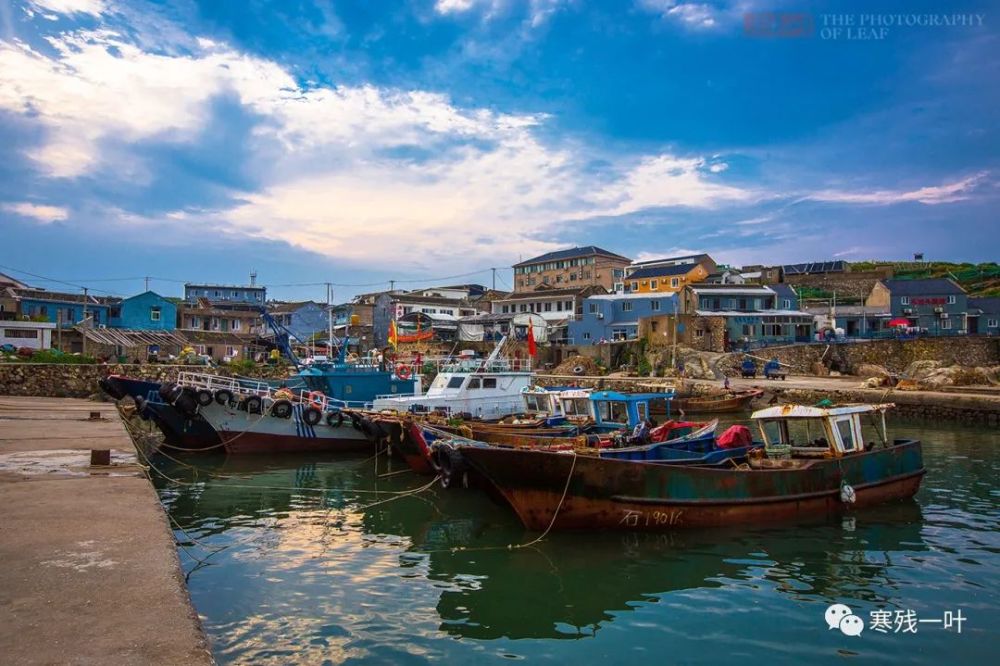 When I stepped on this island, I seemed to have come to another world. Between the blue sea and the sky, there stands a lonely island in the vast ocean, and there are only a few islands and reefs on the surface of the distant sea. In front of me is a quiet small fishing village, with several fishing boats moored in the harbor, swinging lightly in the wind. The noise in the city and the trivialities in life have been completely forgotten at this moment. Only in such a place can such feelings emerge. The fishing village is located on the east side of Beiyushan Island, facing the sea. This is a traditional Chinese construction method, which is the same everywhere. Sometimes I really sigh with the greatness of mankind. There is such a colorful village in the depths of the sea. The village is not large and is built on the back of a mountain. All houses are arc-shaped buildings, which can better defend against typhoon attacks. A piece of sea surrounds the village, which serves as the best haven for ships. The people on the island have lived on fishing for generations, and relying on this beautiful, pure, and fertile sea area has nurtured generations of Yushan Islanders. Nowadays, as more and more people know about this place, when they come here, the residents of the island took out their spare rooms to make a simple farmhouse, using the caught seafood to make fishermen’s delicacies, so that people outside can really taste it. The plump seafood on Yushan Island. Although Yushan Island is not big, the scenery is not perfunctory at all. Walking around the island for about half an hour, the whole way presents a completely different scenery, flat island meadows, wild flowers all over the ground, and different seasons. There are different flowers in different seasons. When I came, it happened to be when the wild lilies were in full bloom. Wild lilies can be seen everywhere on the island. At this time, it reminds me of Luo Dayou’s “Wild Lily Also Has Spring”, which is quite the occasion. The south bank of the island is a great sight of Yushan: Xianren Bridge. On the cliff by the sea, there is a huge, naturally formed stone arch bridge with a length of about 30 meters and a height of more than 20 meters. The local people call it Immortal Bridge. At the far end of the Xianren Bridge is the Beiyushan Lighthouse, which is a landmark of the Yushan Islands and is known as the “largest lighthouse in the Far East”. This tower was built during the Guangxu period of the Qing Dynasty and has been rebuilt many times after wars. For Xiangshan fishermen drifting on the sea, seeing it is like seeing home. In addition, if you are lucky, you may also see the “Blue Tears” of Yushan Island. In the dark night, the whole island is surrounded by light bands. From the sea surface to the bottom of the sea, you can see the peculiar The scene can definitely make you show off for a lifetime. There is no pollution on Yushan Island. The water is clear and transparent for more than ten meters. Standing on the reef, you can clearly see all kinds of fishermen swimming in the sea. The superior ecological environment and abundant seafood resources also make Yushan Island a paradise for sea anglers. It is known as the “Asia’s No. 1 Fishing Ground”. Every day, there are enthusiasts from all over the world, either on the shore or renting a fishing boat to go fishing. If you are lucky enough, wild large yellow croaker, East China Sea grouper, sea bass, etc. are all caught ashore. About the author: Han Can Yiye (photographer, traveler, self-media person).