Billionaire venture capitalist and Bitcoin investor Tim Draper still believes Bitcoin will hit $250,000 by the end of 2022 or early 2023, despite the wild fluctuations in the cryptocurrency’s value and the turmoil surrounding it. around the use of non-environmentally friendly energy. 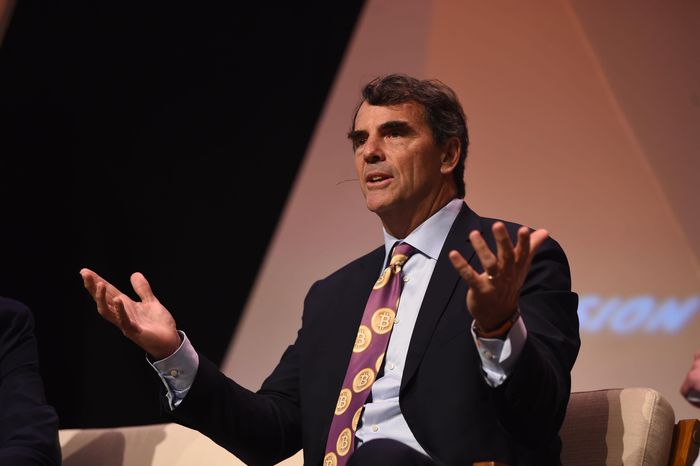 Tim Draper. “I think I would be right on this one,” Draper told CNBC Make It. Draper first made his bold price prediction in 2018, when Bitcoin was trading around $8,000, according to Coinbase. “I will be really right or really wrong [nhưng] I’m pretty sure it’s going in that direction,” Draper said. That’s because Draper believes that virtual currency will be “more used by then”. Draper predicts: “Wait about a year and a half and retailers will use Opennode [một bộ xử lý thanh toán Bitcoin], so people will accept Bitcoin.” Currently only a few major companies accept Bitcoin directly or indirectly through a third-party digital wallet app, including Microsoft, PayPal, Overstock, Whole Foods, Starbucks, and Home Depot. And many experts see Bitcoin as a store of value, like gold, rather than currency. Draper said: “I think [Bitcoin] will continue to increase because there are only 21 million in all. Thanks to its code, only 21 million Bitcoins can be “mined”. To date, over 18 million bitcoins have been in circulation. Draper, 63, who built his fortune by making early investments in Twitter, Skype, Tesla and SpaceX, did not share how many Bitcoins he currently holds or whether he invests in other cryptocurrencies. or not. Draper says most engineers are working on improving Bitcoin right now. Last week, Bitcoin had its first upgrade in four years, called Taproot. Going into effect in November, the reported change will mean greater security and transaction efficiency. It is also meant to unlock the potential for smart contracts on the Bitcoin blockchain, CNBC reported. Bitcoin “Like Microsoft” [trong] software world or Amazon in the world of e-commerce,” said Draper. He believes that Bitcoin will be at the center of all financial activity in the next two to three decades. However, the value of Bitcoin is highly volatile and there are concerns about its massive energy use. For this and other reasons, experts recommend only investing as much money in Bitcoin as you can afford. Hundreds of billions of dollars were wiped out after Elon Musk tweeted in May that he would be suspending Bitcoin purchases at Tesla due to environmental concerns. In 2014, Draper purchased nearly 30,000 Bitcoins seized by US Marshals Services from the Silk Road Online Black Market.

Original Far Light｜When the short drama became a “tool” for the...

editor - June 23, 2021 0
Produced｜Sohu Technology Author｜Song Wanxin Edit｜Yang Jin After exploring for a period of time, at the beginning of this year, Chen Ning's company gave up...