Home Travel China’s only ancient city on the water surrounded by water has a... 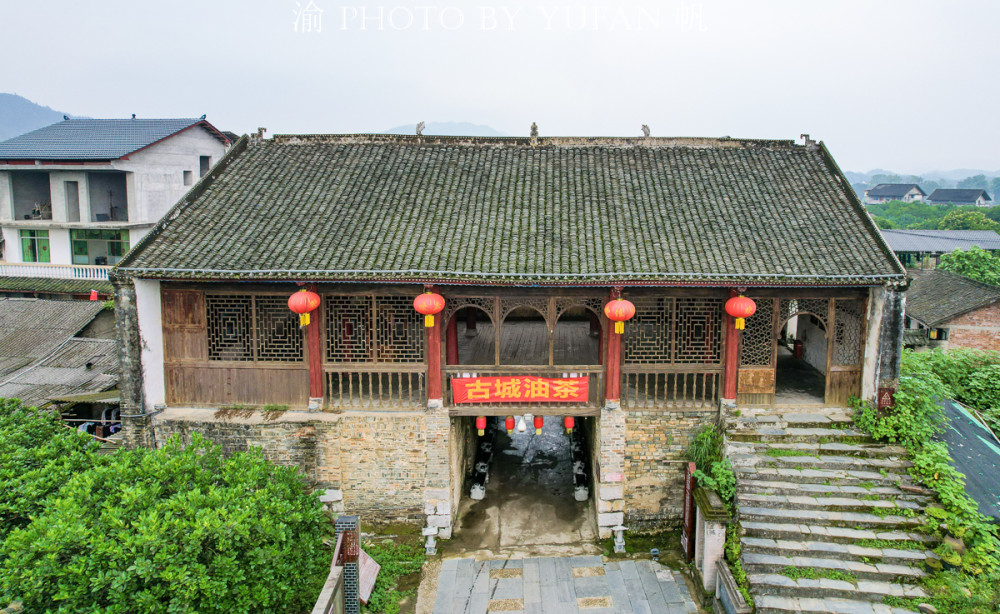 This ancient city is located in the ancient city of Danzhou in Sanjiang County, Guangxi. The ancient city of Danzhou is bordered by National Highway 209 and Zhiliu Railway in the east, Sanliu Expressway in the west, and about 50 kilometers away from Sanjiang County. The ancient city is located on Jiangxin Island on the Rongjiang River, surrounded by water on all sides. The island covers an area of ​​about 1.6 square kilometers and is home to five ethnic groups, Dong, Miao, Yao, Zhuang, and Han. There are 72 surnames, more than 200 households, and a total of more than 1,100 residents. 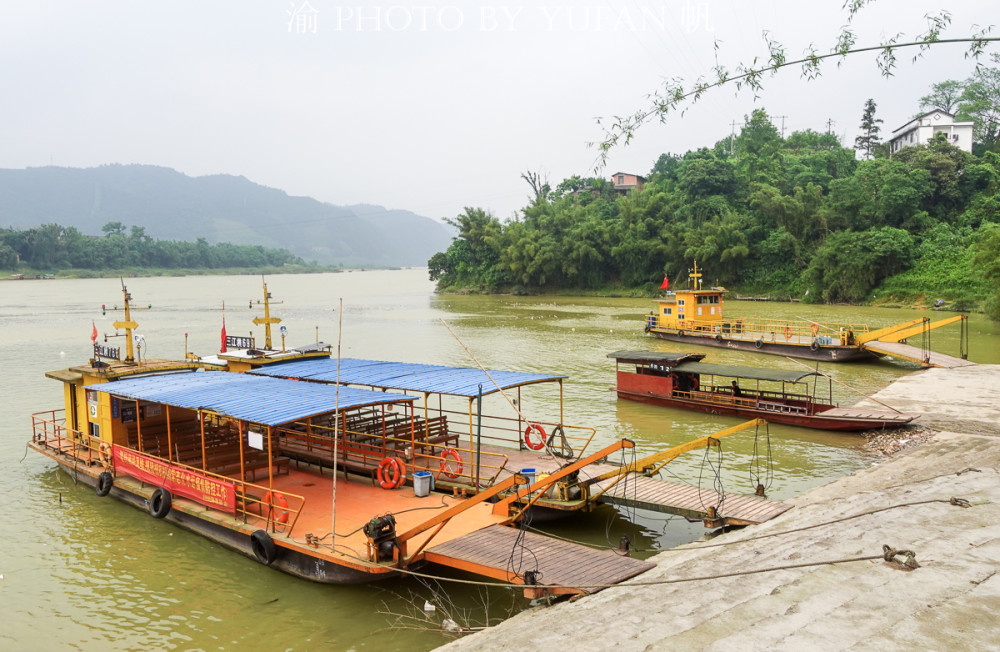 Danzhou is not accessible by road. The ferry is the only means of entry and exit. The scenic spot does not charge tickets, but the ferry fee is charged. The ferry fee is 20 yuan per person (including the tickets). There is almost no need to wait. When the boatman sees someone boarding the boat, it will start immediately. It can be delivered to the island in a few minutes. 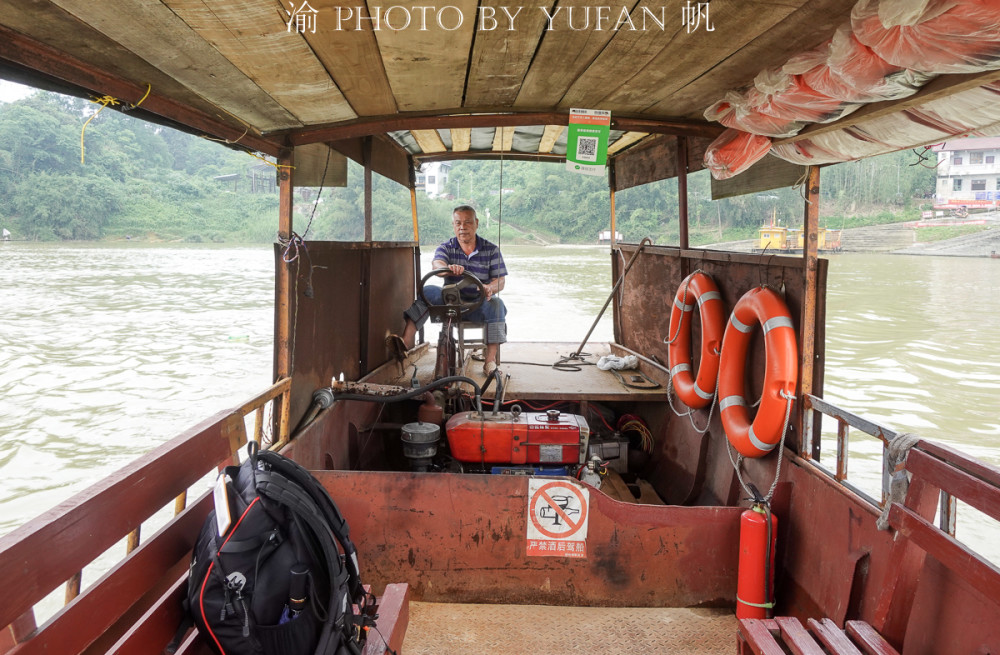 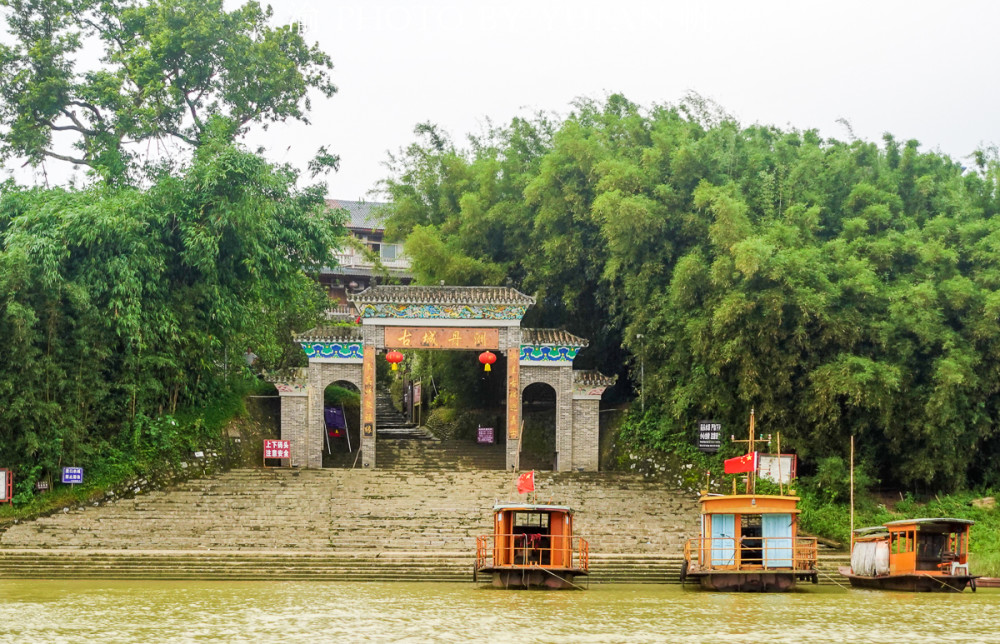 It is said that the local government had previously intended to build a bridge to connect the island, but it was met with unanimous opposition from Danzhou villagers. Their reason is that “Once there is a bridge, there will be no Danzhou.” If the bridge is built, China’s only ancient city on the water will no longer exist. Because of this, tourists must ferry into the ancient city of Danzhou. Regarding the architecture of the ancient city of Danzhou, there is an ancient poem circulating in the local area: “Smelling Yinchuan around Danyang, dreaming of haze and melting the river. The Minyue Guild Hall talks about elegance, and the Danzhou Academy cooks articles. The fisherman sings in anticipation of Xiaoyue, and visitors share the joy of morning light. “Revisit the resort to look for historical sites, and go upstairs to write about the vicissitudes of life.” Basically, the ancient buildings of the ancient city such as Danzhou Academy, Minyue Guild Hall, East Gate Tower, North Gate Tower, and Ancient City Wall are summarized. 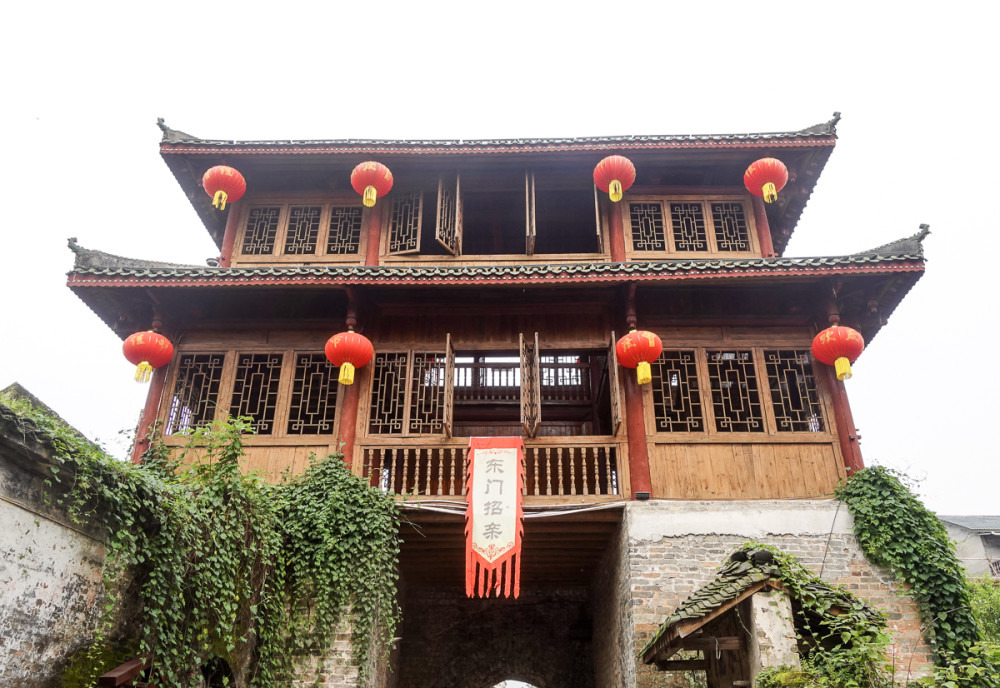 As for the origin of the ancient city of Danzhou, there are relevant historical records. Danzhou was named after the 17th year of Wanli in the Ming Dynasty. When Su Chaoyang, the local magistrate, visited Danzhou, he saw that the island looked like a fish with its head and tail raised. Leap to the sky, leading the way. The distant view is surrounded by green hills and green water wrapped around the waist. It means that the barrier is the mountain and the sky is the water. So I decided to move the county seat to this continent. It was the end of autumn and the beginning of winter. However, the maple leaves of Manchuria were all dyed and red, so I named this place. For Danzhou. 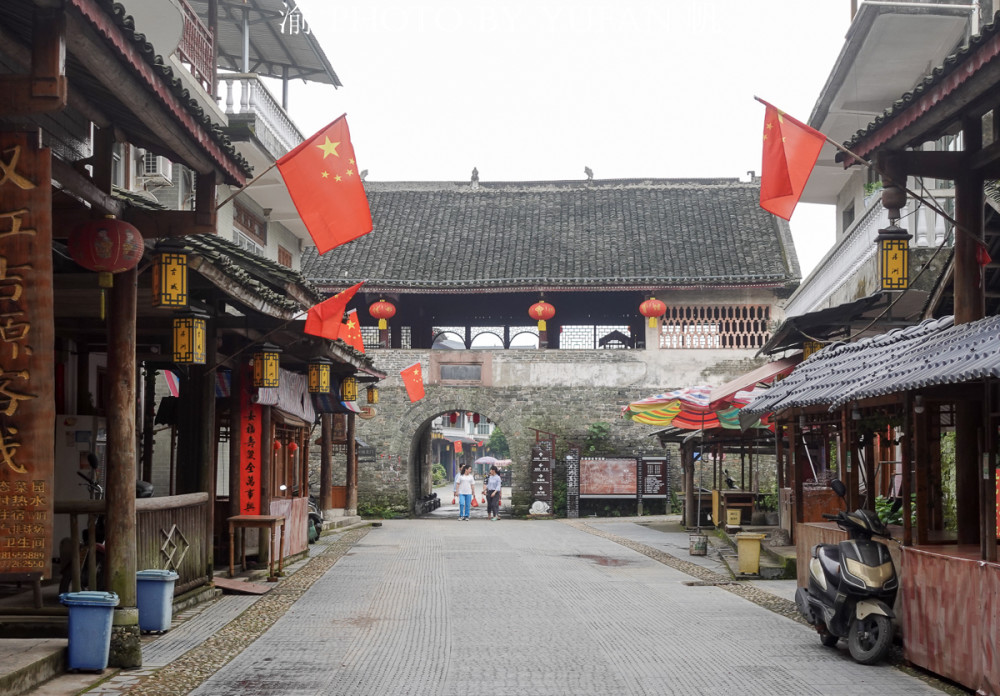 Since Su Chaoyang built the city here, the county government in Danzhou has been over 340 years ago. It was not until the 21st year of the Republic of China (that is, 1932) that the county seat was moved to Guyi. Slowly fell silent. The ancient city was severely damaged in the last century. There are very few ancient buildings that have survived. Among them, the Minyue Guild Hall is one of the best. It is understood that the Minyue Guild Hall, also known as Tianhou Palace, is located on the northeast side of Danzhou and was built in the Ming Dynasty. At the end of the Qing Dynasty, it has a history of more than 300 years. It was built by an old man named Xue who was doing business here and spent thousands of taels of silver. The layout of the guild hall is built according to the Tianhou Temple in Zhangzhou, Fujian. It faces east from the west, the main hall to the west, the front hall to the east, and the wing building on the north and south sides. A statue of Shuo Mazu in the center of the main hall is dedicated to the worship and worship of merchants traveling from the north to the south. The front hall and the main hall are connected as a whole, and the momentum is magnificent. The guild hall has high walls and green tiles, with simple and beautiful paintings on the walls. It is one of the largest Matsu temples in the Lingnan area. 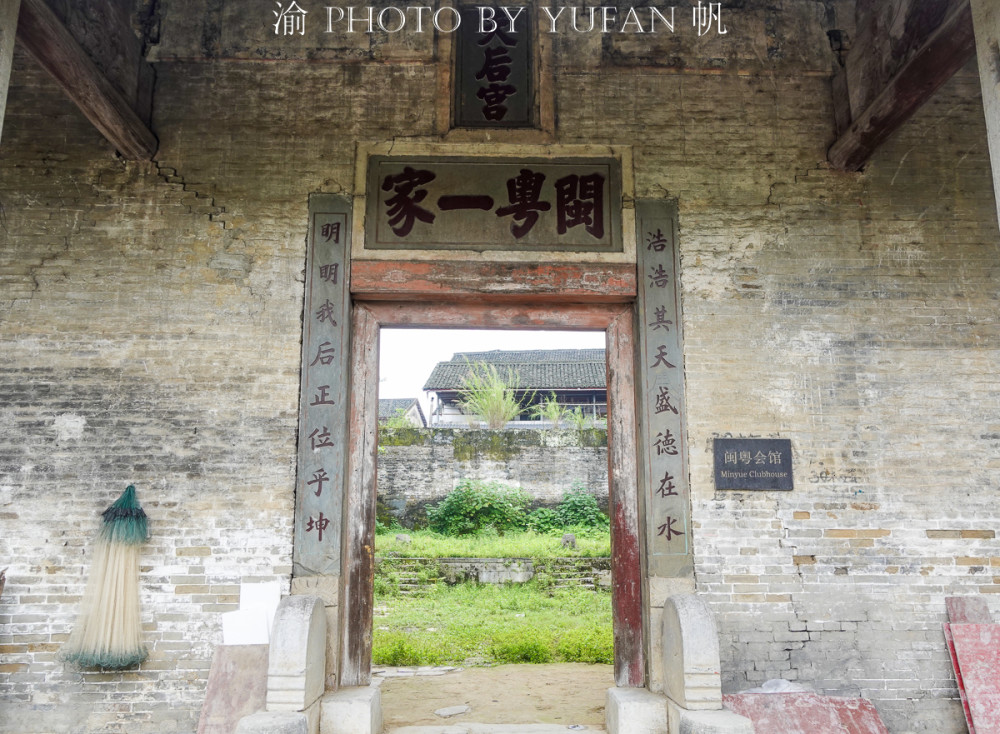 There is a couplet in front of the gate of the Minyue Guild Hall. The upper couplet is “The vastness and virtue are in the water”, and the lower couplet is “Obviously, I am in position.” Heng criticized the “Fujian and Guangdong Family”. The fourth word in the upper and lower Lian is “Queen of Heaven”, which means that the wisdom and noble virtue of the goddess of the Queen of Heaven occupies an infinitely lofty position in the minds of Fujian people. The horizontal batch of “Fujian and Guangdong family” does not refer to Fujian and Guangdong, but only refers to Fujian, that is, the same town in Fujian is a family. 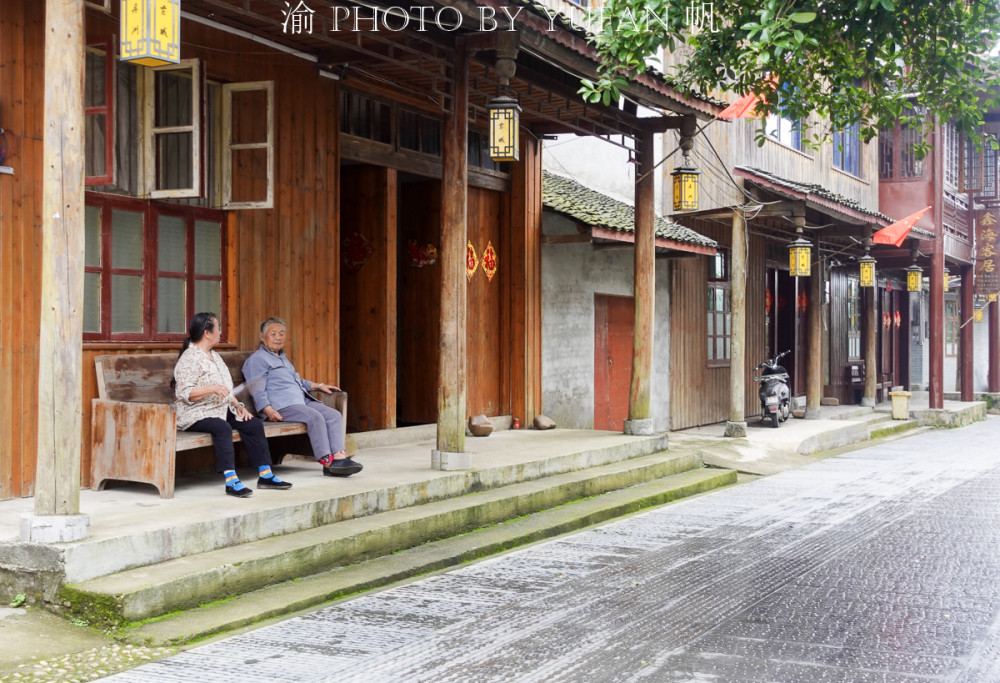 The grass-covered wall in the picture above is the oldest section of the city wall on Danzhou. It is a real old antique. The information on the side shows that it was built in the 19th year of Wanli in the Ming Dynasty (AD 1591) and consumed tens of thousands of silver at that time. . The city wall is based on blue stone, and the wall is rammed with two-sided masonry. The circumference is 879 meters, the height is 5.3 meters, and the thickness is 3.6 meters. 450 battlements are used by guards to release arrows during war. Due to long years of disrepair, in addition to the preservation effect of the northern city wall, half of the eastern city wall remains. The west and south city walls and gates have collapsed or demolished. The current city wall has only left more than 300 meters on the east and north sides, all of which have been included in Guangxi. Key cultural relics protection units. There are four main roads in the ancient city. One of the core roads is called Fujian Street. It is located in the northeast outside the ancient city and has a total length of more than 120 meters. In the late Ming and early Qing Dynasties, the administrative system of Danzhou has been stabilized. The transportation of freight is guaranteed by safety, so it is very prosperous. The ancient city has two gates, namely the North Gate and the East Gate. The North Gate, also known as “Zhiding Gate”, also has the characters “Beidilou” on the tower, which is located on the north side of the Danzhou City Wall. The four gates of the Danzhou city wall as a whole. Now, Zhiding Gate is the most intact ancient building of the Ming Dynasty among the four gates. There are 19 steps up to the gate, and it is the most intact monument on Danzhou Island. 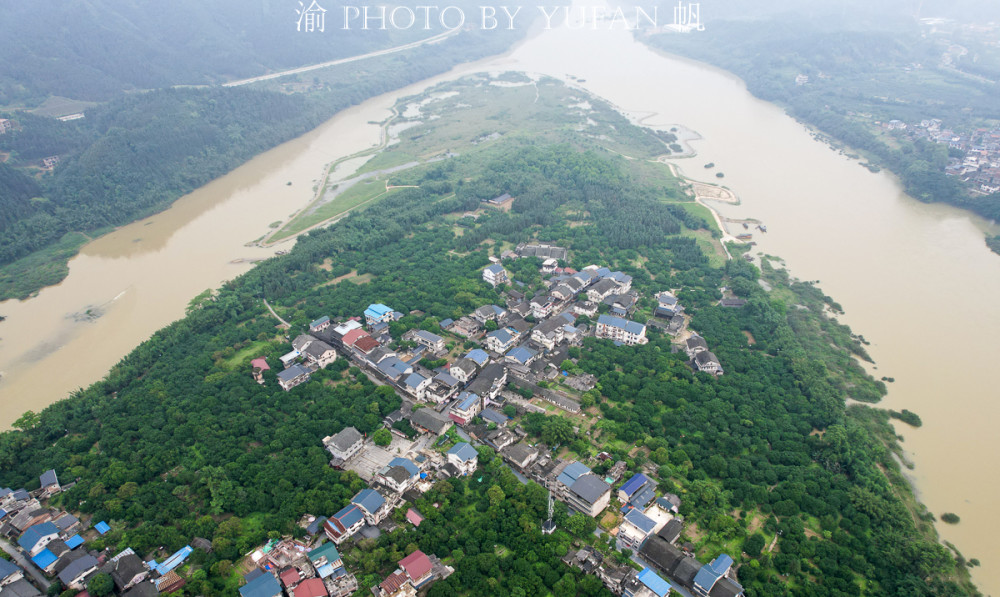 As for why it is called Zhidingmen, the local staff introduced it like this: During the Ming Dynasty, the border between Guangxi and Guizhou was mostly high and large mountainous areas, also known as barren land, with backward culture and extremely underdeveloped economy. There are often ethnic minorities who are dissatisfied with the oppression of Han officials and hold uprisings to occupy the mountain as king. Therefore, the war continued. After Su Chaoyang moved the county seat to Danzhou, four gates and walls were built. This gate faces the north, the border area of ​​Guangxi and Guizhou, and is named “Administration”, which means peace through governance and management. Looking down on Danzhou from the air, except for the cross-shaped old streets, all other areas are filled with greenery, and these greens are basically grapefruit trees, because Danzhou is a veritable “township of grapefruit”, and local residents plant sand fields. Pomelo makes a living, so that the entire ancient city is hidden in the pomelo grove. Almost every house is surrounded by pomelo trees, and behind the house is a pomelo garden. You visit here every autumn, but you can taste the authentic Shatian pomelo, which is said to be the same as Yulin. The county Shatian pomelo has the same name. 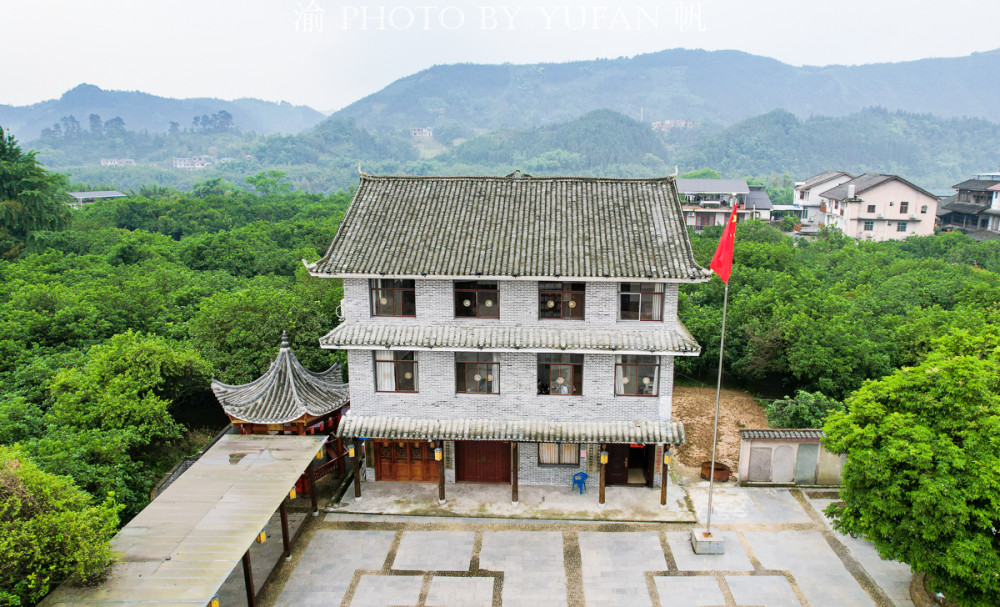 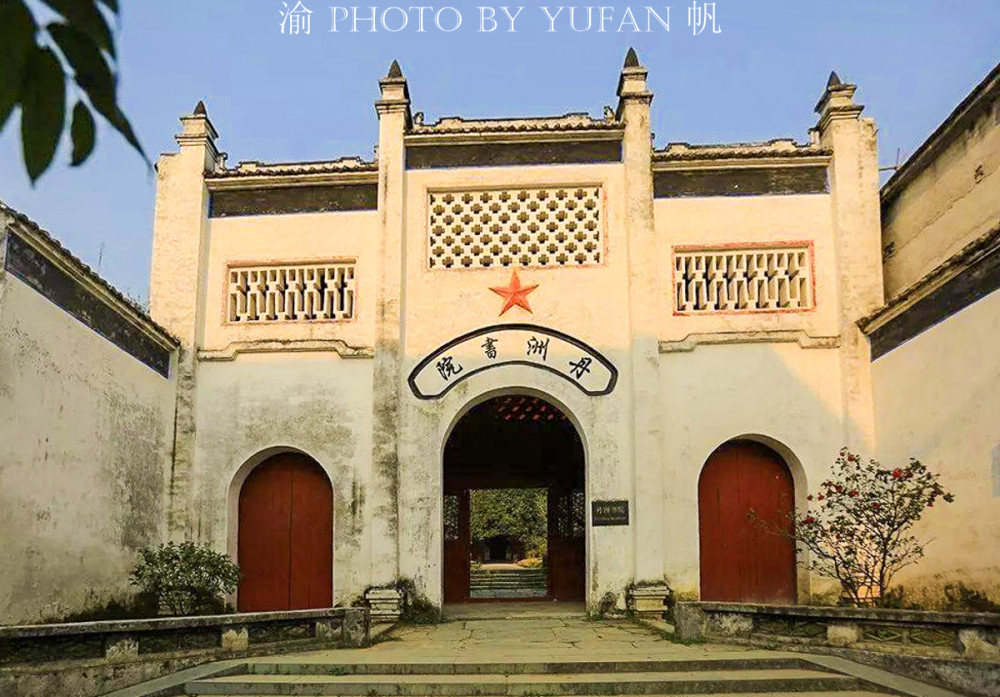 The only ancient city on the water in China, although Danzhou is not as large as the ancient cities of Pingyao, Lijiang, and Lang, it also has its own charm. Unfortunately, few people know it. Not to mention that it is rarely known in other provinces, but it is similar to that in Guangxi. Compared with the ancient town of Huangyao, it can be said to be obscured. Fortunately, it has now begun to attract people’s attention and has been successfully promoted to a national AAAA-level tourist attraction. If you come to Liuzhou for tourism, then go to this unique Danzhou Don’t miss the ancient city.

Tâm Anh (theo LV, Atlasobscura) - May 18, 2021 0
The North Yungas road connecting La Paz to Coroico is considered Bolivia's notorious 'death road'. This comes from the fact that every year about...