A cattle ranch has created energy from cow dung to serve the Ethereum ‘buffalo’.
Not only raising cattle, Philip Hughes’ farm in the county of Denbighshire (Wales) also has a room for mining cryptocurrencies.

Hughes’ family has a tradition of breeding for generations. Now, he uses the farm to mine cryptocurrencies with a set of “buffalo plows” that use renewable energy from cow dung. Mining coins with renewable energy With six cylinder engines at 500 rpm, Hughes’ anaerobic digestion system can turn the methane that produces cow dung into electricity. BBC said. Under hypoxic conditions, microorganisms will eat hydrogen and carbon dioxide in cow dung and release methane gas, which can be burned to generate heat. The residue left after the anaerobic stage will be used as fertilizer.

Philip Hughes’ farm (left) uses cow dung to produce renewable energy, feed livestock, and mine Ethereum. Photo: Crypto Hunter. According to Hughes, about two-thirds of the electricity generated from the anaerobic digester powers the nearby cattle ranch and caravan park. The rest of the energy is used for “buffalo plow” platforms to mine Ethereum. Hughes said Ethereum mining returns are good, but “depends on the date the question is asked,” referring to the cryptocurrency’s unpredictable price movements. Since May, the value of Ethereum has dropped from more than $4,000 to around $2,500, according to data from . CoinDesk on the evening of 10/6. Is mining with green energy possible? Not only digging Ethereum at the farm, Hughes also came up with the idea of ​​​​renting a “buffalo plow”. Josh Riddett, a representative of Easy Crypto Hunter miner provider, said that the cost to pay is about $ 25,400 for each “buffalo plow” set consisting of many computer graphics cards with strong configuration. According to Riddett, Easy Crypto Hunter’s mining rigs have been installed in 42 different locations. They use energy forms such as solar, wind, hydroelectricity and stored methane from anaerobic digesters. 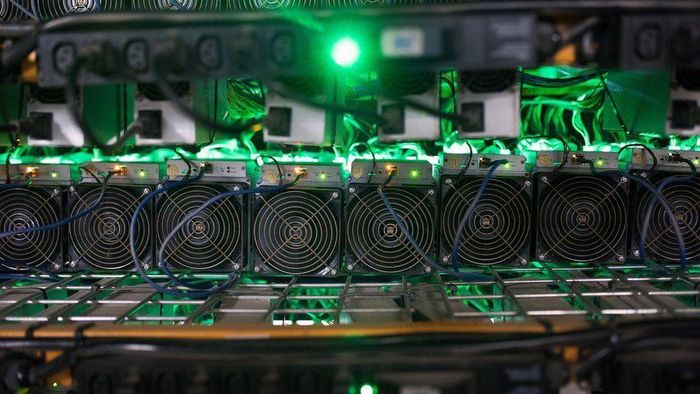 The longevity of the “buffalo plow” platforms causes concern about e-waste. Photo: Getty Images. However, representatives of some small hydropower projects are concerned that cryptocurrency mining may have an adverse impact on the environment. Meanwhile, the hydroelectric power plant operator said that the unstable value of cryptocurrencies makes it difficult to recover capital for the project. Some people said that crooks broke in and stole the mining rig. Besides hydroelectric power, the initiative to use renewable energy (green energy) to mine cryptocurrencies is also controversial. According to the BBC , renewable energy to mine coins can be used for other purposes such as powering electric cars or heating. Financial economist Alex de Vries said that using green energy to mine coins is wasteful. “The benefits these systems offer are very limited. Bitcoin can only process up to 7 transactions per second, while payment services like Visa can process 65,000 transactions per second if needed.” Vries is also concerned that the longevity of the “buffalo plots” could make them quickly become e-waste. 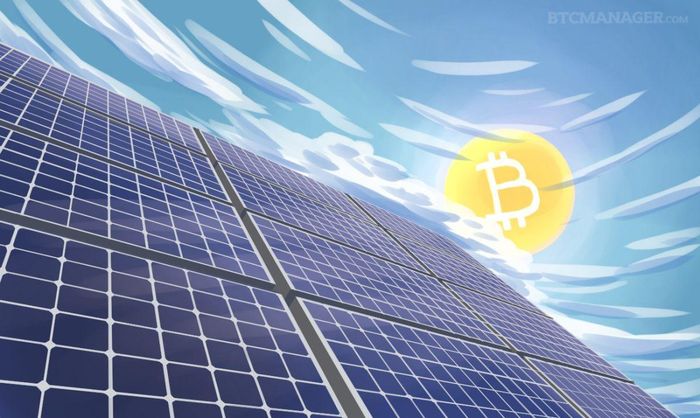 Using renewable energy to mine coins is considered wasteful. Photo: BTCManager. In the UK, the Association of Bioresources and Anaerobic Digestion of the country said that the number of energy plants mining cryptocurrencies is quite small. While the future of cryptocurrency is unclear, several people have expressed interest in Hughes’ mining project. This farmer is fully aware of the risks of investing in assets whose value fluctuates, sometimes with just a single tweet from Elon Musk. If the cryptocurrency market crashes, Hughes said he will use the computing power of the “buffalo” to serve other purposes, such as hiring filmmakers to render. The owner of the net shop removed the machine, digs coins and waits for the translation to end Due to the impact of the Covid-19 epidemic, Mr. Nguyen Minh Quan (Thu Duc City) had to close the net shop, remove the graphics card to dig coins, earn extra income waiting for the reopening date.

The reason why many companies leave the smartphone market

Nhật Minh - May 19, 2021 0
The chip crisis has been going on for a long time, causing many smartphone companies to have difficulty and have to give up this...