Home Travel Hanoi is full of flowers in summer

Under the bright sunlight of summer, Hanoi put on a brilliant shirt of countless flowers and leaves.
April of the year is the time of change of seasons, there is no longer the chilly air of spring, nor is it hot and sultry like summer. Those are the days when the sky is blue and higher, the yellow sun is dry, but it feels comfortable. Adorning that typical weather is indispensable for lilies that are cleverly arranged on the carts going all the way of the capital, when the flowers bloom, it is also the time to signal the arrival of summer. Lilies are known as the “Flower of April”. Although not as bright and fragrant as many other flowers, the rustic and simple white color creates a very unique pure beauty for lilies. 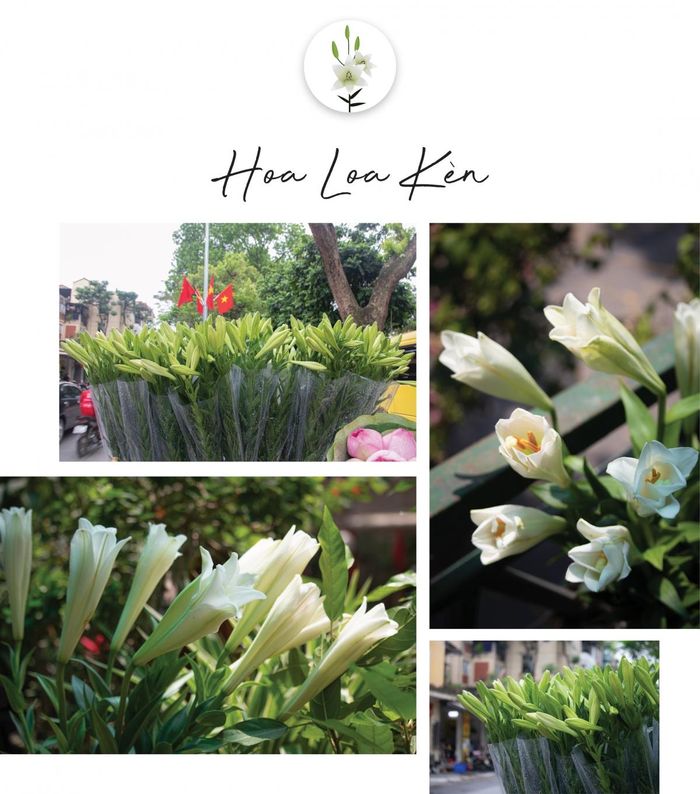 Lilies, also known as lilies, lilies, lilies, etc., are popular flowers, grown in many parts of the world. The shape of this flower is true to its name, when it blooms completely like a loudspeaker or trumpet. In addition, this flower also means to wish for all the good, luck and success. In Hanoi, white lilies are the most popular, symbolizing the innocence, purity, lightness and tenderness of a woman. True to its meaning, when referring to white lilies, people think of the famous painting “Girl with lilies” by painter To Ngoc Van.

Every April and May, it’s not difficult to “find” lilies, especially those carrying flowers around the streets of Phan Dinh Phung, Thuy Khue, Quang Ba flower market, etc. It is a pleasure to buy lilies to display in the house to enjoy their pure beauty and gentle scent. I don’t know since when, under the bright sunshine of May, Hanoi capital is adorned with the purple color of mausoleum flowers, which has become a familiar image every summer. Bang Lang is a strong woody plant, the canopy is high and wide, it has all the elements to become a shaded ornamental plant. It is often said that purple mausoleum represents loyalty, represents the innocence of the first love of a pure school age, a love that is not attached to anything. 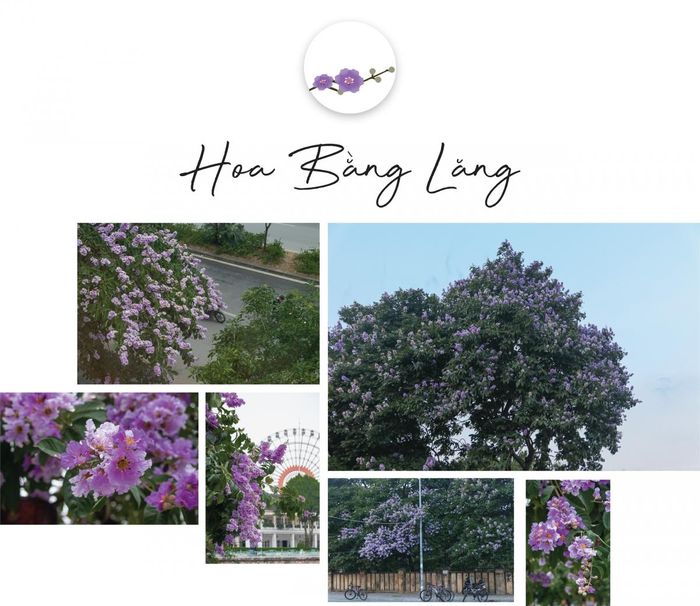 Every May, the lily-of-the-valley flowers in the season bloom, full of life, reaching out to the summer winds. They race to make the whole sky purple, lined up one after another along the streets. Each flower is crowded to show off its color, making anyone passing by feel flustered, stopping to look at it. The lily-of-the-valley tree appears all over the streets and streets of Hanoi, wherever you go, you will see that purple color in full bloom, bringing a sense of lightness, relaxation, dispelling the heat of summer. Without a strong fragrance like milk flowers or jasmine flowers, lily-of-the-valley flowers attract all eyes by their own uniqueness and charm – an unforgettable beauty. The lily-of-the-valley flower blooms quickly but also quickly fades, it will be bare again, losing the beauty it once had after the summer ends, we can only look and recall that purple color when it was still brilliant. “In what beautiful dress with lotus Green leaves with white flowers and yellow stamens…” In the summer of May, when the first showers poured down signaling the arrival of summer, the lotus ponds also began to reveal the first shy flowers. The lotus flower gives off a cool fragrance that captivates people. 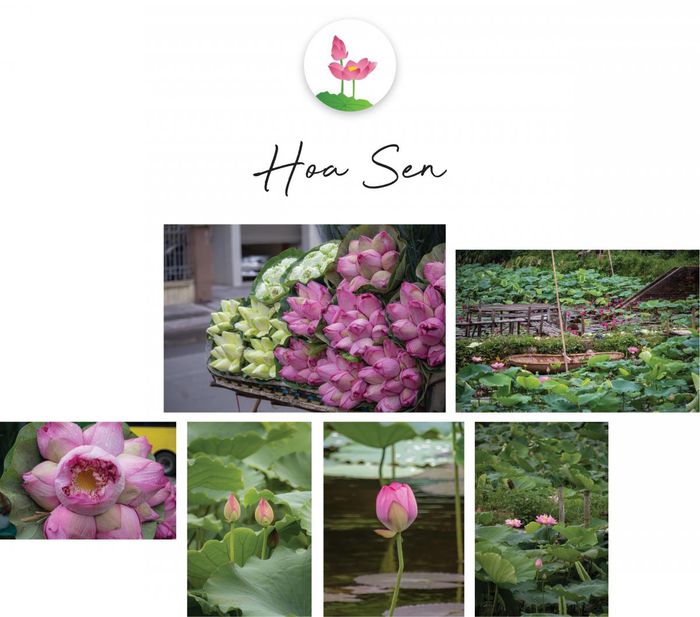 Sen has been associated with Vietnam for many generations. Lotus is the symbol, the national flower of Vietnam, symbolizing integrity, uprightness and justice. The lotus is self-born, self-sustaining, and every summer, the lotus stretches out strongly, showing off its fragrance in the mud swamp. Past and present, traditional or modern, lotus has always had a place in the lives of Vietnamese people. The lotus is perhaps the only flower that converges in both the philosophical meaning, the noble life and the rise of a strong will to live like the Vietnamese people who have also experienced the “mud”, I came out of the water and bloomed. Not only that, with the symbolic meaning of purity and nobility, lotus is also a part of Vietnamese beliefs, where there is a lotus there is a Buddha, serenity and peace. The lotus is also the symbol of Vietnamese women in ao dai, with a conical hat on their head, and blooming lotus flowers in their hands, this image makes many boys fall in love and flutter. 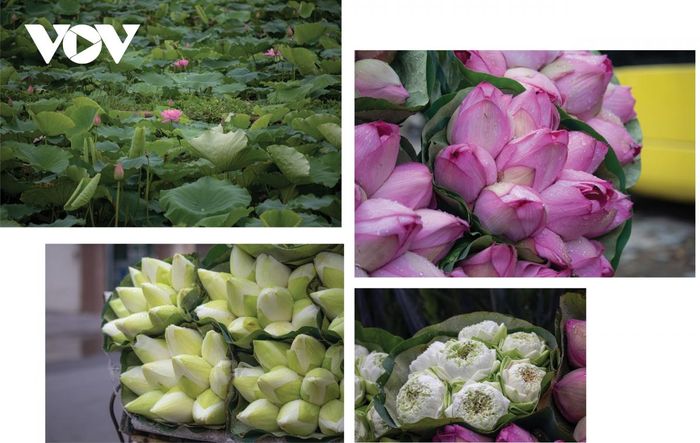 Amidst the jade-green leaves, hundreds of lotus flowers bloomed, both rustic and beautiful, and elegantly surreal, brightening up a large area. That romantic image has woven unforgettable memories in the hearts of Hanoians and tourists from all over the world. Not as poetic as a mausoleum or burning like a red phoenix, the canary is dressed in yellow as if it were in harmony with the blazing sun of summer. Each cluster of canaries hangs down, slender and graceful. 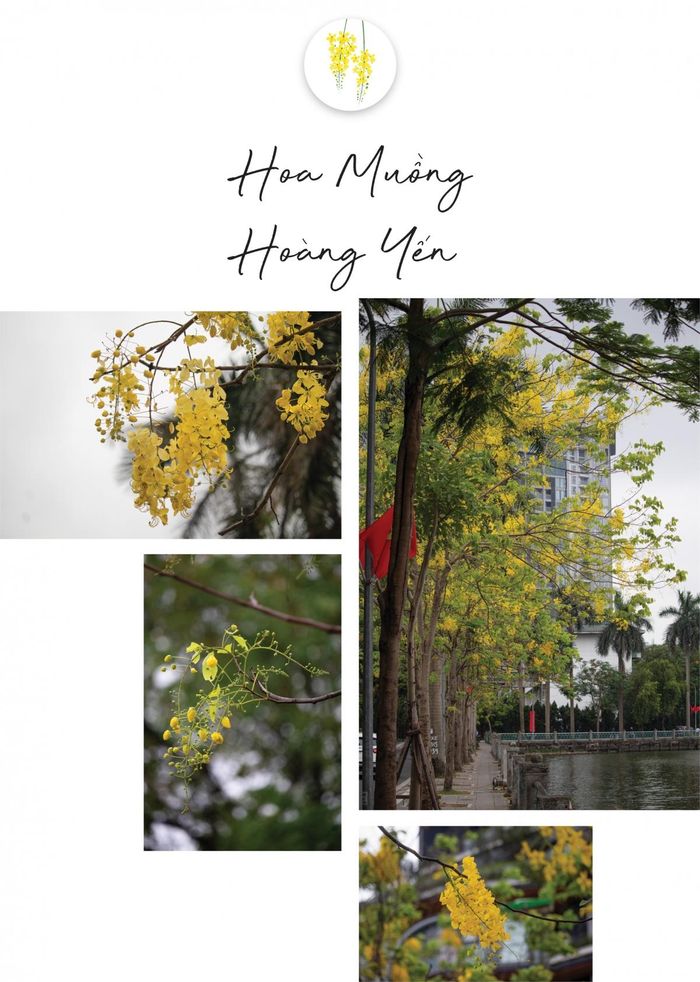 Muong canary also has many other names such as Queen Muong, Lantern Flower, … or likened to the apricot tree of summer. The canary is a symbol of love, solidarity and harmony. The yellow color of the canary also represents vermilion, prosperity, and a fresh radiance that brings hope. Canary flowers are found in many places, but are grown most in West Lake. The branches of the canary are thin but golden, full of flower clusters, like lanterns that make people engrossed in their gazes. Walking around West Lake, it is impossible to stop bewildered by the clusters of golden canaries, luxurious and splendid, dotted against the blue sky, making people’s hearts flutter. The canary is beautiful in the bright sunlight of summer and gentle in the red and yellow color of the sunset at West Lake. Referring to the phoenix flower, we cannot forget its brilliant red color – the red color that signals the arrival of summer. Every May degree, every street corner, every street in the capital is filled with the red color of phoenix flowers. The red phoenix is ​​a vibrant color full of vitality that makes people’s hearts flutter before its beauty. Besides the name phoenix, this plant is also known as cylindricula, western scallop. In Hanoi, it is not difficult to see the bright red color of phoenix flowers on roads such as Thanh Nien Street, around West Lake or on the banks of the To Lich River,… 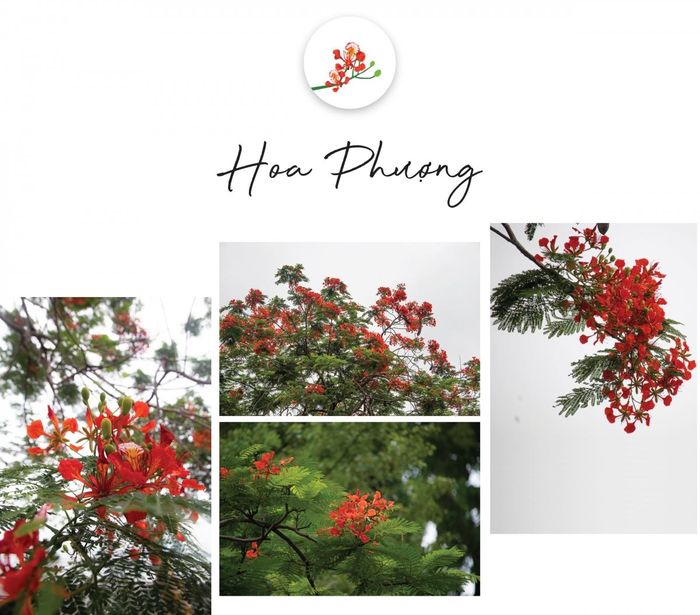 Phoenix is ​​not a flower, a branch, phoenix is ​​a red sky. The phoenix flowers bloom in clusters like sparks, adorning the streets of Hanoi. In the middle of the red color, the leaves are green, growing on both sides of the stem like a phoenix’s tail. It is often said that when seeing the phoenix tail showing off its color and the sound of cicadas, it is also the time to signal the arrival of summer. The phoenix is ​​also a symbol associated with the age of students, because the phoenix blooms at the end of the school year, the farewell season of high school students. It is associated with many happy and sad memories of a time when she went to school, so the phoenix is ​​also known as “student flower”.

If the mausoleum brings a romantic purple color to the streets of Hanoi, the phoenix flowers light up the fire with bright red flowers in the summer sun. This is also a flower that creates an unforgettable highlight for Hanoi every summer.

In addition to Xi’an, Shaanxi will have these three cities in...

editor - June 23, 2021 0
In the GDP rankings of all provinces across the country, Shaanxi has not achieved any outstanding results, but this province, which has strategic...