On the afternoon of June 15, the Ministry of Industry and Trade issued Decision 1578/QD-BCT, applying anti-dumping tax and anti-subsidy tax on a number of cane sugar products originating from the Kingdom of Thailand. 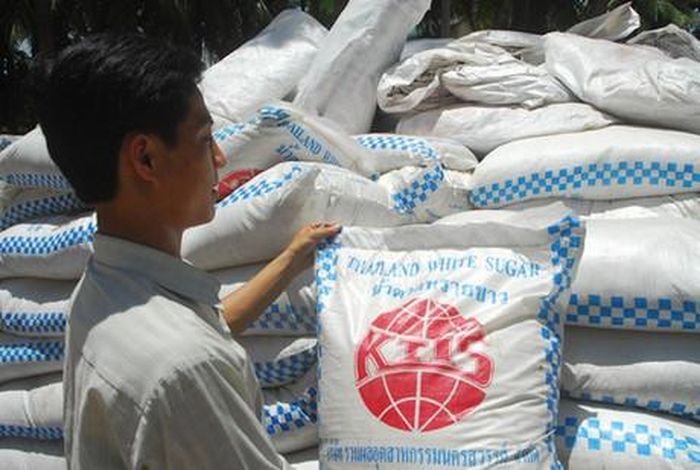 On the afternoon of June 15, the Ministry of Industry and Trade issued Decision 1578/QD-BCT, applying anti-dumping tax and anti-subsidy tax on a number of cane sugar products originating from the Kingdom of Thailand. Specifically, imported sugar cane under HS codes 1701.13.00, 1701.14.00, 1701.99.10, 1701.99.90, 1702.90.91 will be subject to an official anti-dumping tax of 42.99% and an anti-dumping duty rate. the official subsidy is 4.65%. These two taxes are additional import taxes, applied to imported sugar cane originating from Thailand, including imports under tariff quotas. This decision has a term of 5 years, effective from June 16, Before that, the final investigation conclusion of the investigating agency determined that some Thai sugarcane products had dumping behavior, subsidized imports of the goods under investigation; The domestic industry is suffering significant injury and there is a causal relationship between the imports of the dumped and subsidized goods and the substantial injury to the domestic industry. In order to have a basis for determining the origin of imported goods subject to the application of anti-dumping and anti-subsidy tax, the customs authority will check the documents certifying the origin of goods, including: origin of goods (C/O), or proof of origin in accordance with the ASEAN Trade in Goods Agreement, the Comprehensive and Progressive Agreement for Trans-Pacific Partnership, the Free Trade Agreement between Vietnam and EU (EVFTA), UKVFTA… Previously, on May 12, the Trade Remedies Administration (Ministry of Industry and Trade) held a public consultation (online form) with the participation of 80 delegates representing groups of stakeholders including: Governments, businesses, associations of Thailand and Vietnam. At the consultation, a representative of the domestic industry said that the Thai sugar industry is supported by the Government from controlling the domestic market (supporting fixed prices, dividing market shares), controlling imports, export subsidies, direct financial support of 1.3 billion USD/year, debt financing, input subsidies, so when entering Vietnam, it caused serious damage to the industry, so it is recommended to impose taxes. Pursuant to the provisions of the Law on Foreign Trade Management, on September 21, 2020, the Ministry of Industry and Trade issued Decision No. 2466/QD-BCT on the initiation of anti-dumping and anti-subsidy investigation on cane sugar with originating from Thailand on the basis of the application dossier of the representative of the domestic industry. Implementing Vietnam’s commitments in ASEAN regarding the application of tariff quotas under the WTO, Vietnam has abolished tariff quotas on sugar imports for ASEAN countries since January 1, 2020. In the first eight months of 2020, the amount of cane sugar imported into Vietnam increased dramatically, reaching nearly 950,000 tons, an increase of more than 6 times over the same period in 2019. In which, the amount of cane sugar imported from Thailand into Vietnam accounting for a major proportion, reaching nearly 860,000 tons (compared to the same period in 2019 it was 145,000 tons and the whole year 2019 was 300,000 tons). According to a representative of the domestic industry, the sudden increase in imports is the main cause of damage to the domestic sugar industry. The domestic production of cane sugar in the 2019-2020 crop year is estimated at less than 800,000 tons, down from 1.2 million tons in the 2018-2019 crop year. In addition, the domestic industry has also provided information and evidence that cane sugar products imported from Thailand are being dumped into Vietnam and the Thai Government has been maintaining some subsidy policy for sugarcane farming activities of farmers and the sugar industry.