Industry interaction on a single topic hits a new high, and Dekor Floor is out of the circle for younger marketing

As of 10:00 on June 15th, 2021, the #圣象Different venues, the same ping-pong Douyin national mission, initiated by Dexiang Floor, has received 8000w+ views on all platforms and 264.5w+ likes. The popularity continues to rise at the same time. , The national flooring brand Dekor once again relied on its extremely high attention to make it out of the circle at the speed of light. This is also another successful demonstration of Dekor Flooring on the road of youthful marketing. 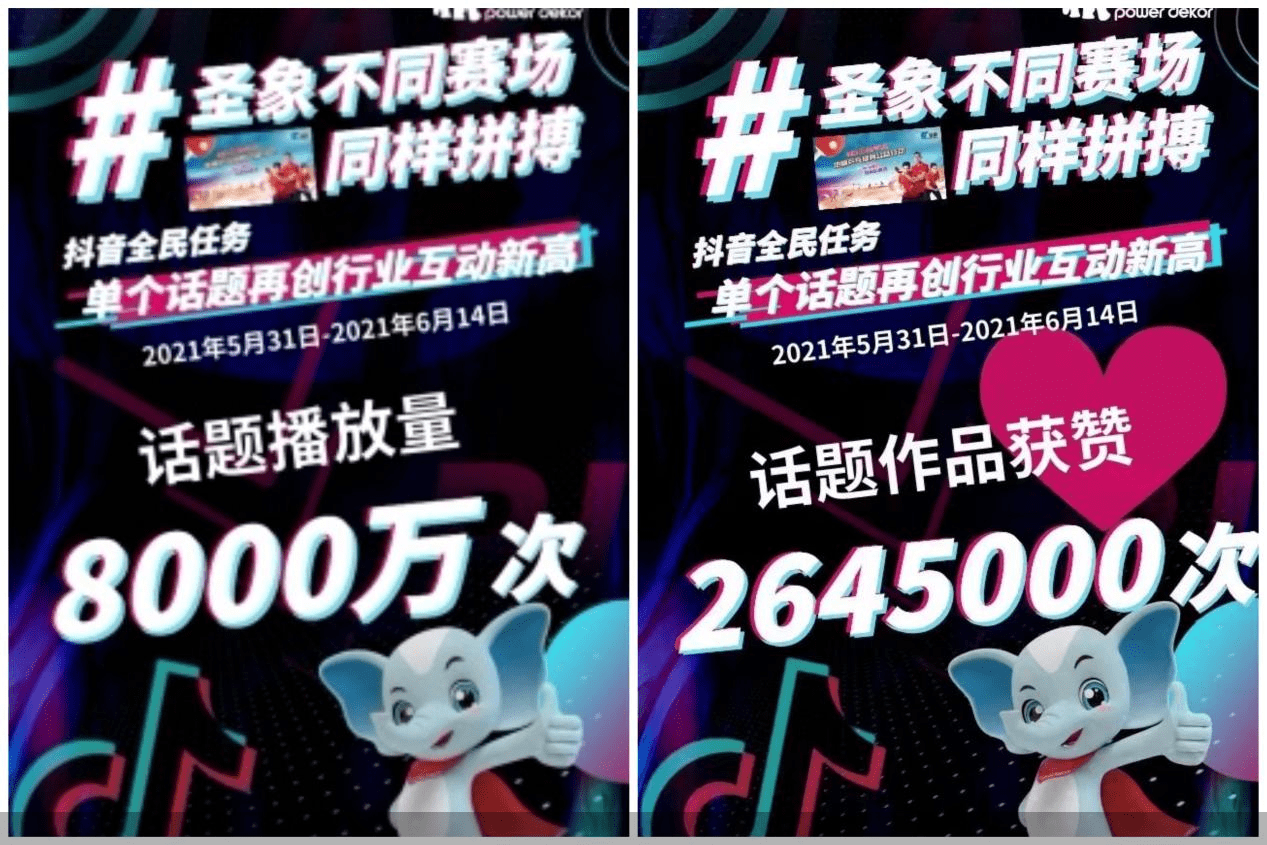 Try to rejuvenate and freshen the game, and promote the participation of the whole people through Douyin dissemination

In fact, the National Mission of Dekor Tik Tok is the continuation and implementation of the “Floor Ping Pong Fitness Public Welfare Action” initiated on May 22 with the National Table Tennis team members Qin Zhijian, Liu Shiwen, and Xu Xin. The “Floor Ping Pong Fitness Public Welfare Action” It is calling for national fitness and conveying the concept of healthy life. #圣象Different stadiums and the opening of the national task of ping-pong will bring the concept of healthy life through fun-filled interactions, which exactly caters to the needs of young people’s home sports. Judging from the video co-photographed with the national table tennis players on the topic page, the national table tennis players have made a good demonstration of the floor table tennis fitness exercise. At the same time, through the large traffic promotion on the Douyin platform, the topic has set off a youthful trend among young people.

It was officially launched on May 31. #圣象Different venues also received the active participation of consumers in the ping-pong national mission. Within two weeks, a total of 5.6w+ excellent original entries were received, covering different styles and different gameplays. Creators with more than 10,000 fans contributed 8,252, and creators with more than 1,000 fans contributed 35,126, accounting for 56.08%. The user quality is high.

It is reported that the #圣象 different venues also have the same ping-pong national mission. A total of three creative games of Douyin Stickers, Douyin Co-production, and Live Challenges have been launched. In terms of operation, Dekor has launched a cute new and cute “Play Ping Pong”. Exclusive stickers. During the event, a total of over 6.3w people participated in online and offline experience. In addition to its novel form and simple operation, Dekor also brings the popular BGM of the Huo Douyin platform: “Acknowledged Right” to lead the whole people together in a relaxed and rhythmic rhythm!

With the increase in activity, “Same ping-pong in different venues” has become a hot word on the Douyin platform. Not only that, in order to send full benefits to elephant fans across the country, Dekor Floor has also set up a total of up to 300,000 bonuses. , Up to now, 49,000 bonuses have been divided, with the highest bonus being 1,055 yuan.

Strengthen the brand awareness with the national football, and the drainage effect is remarkable 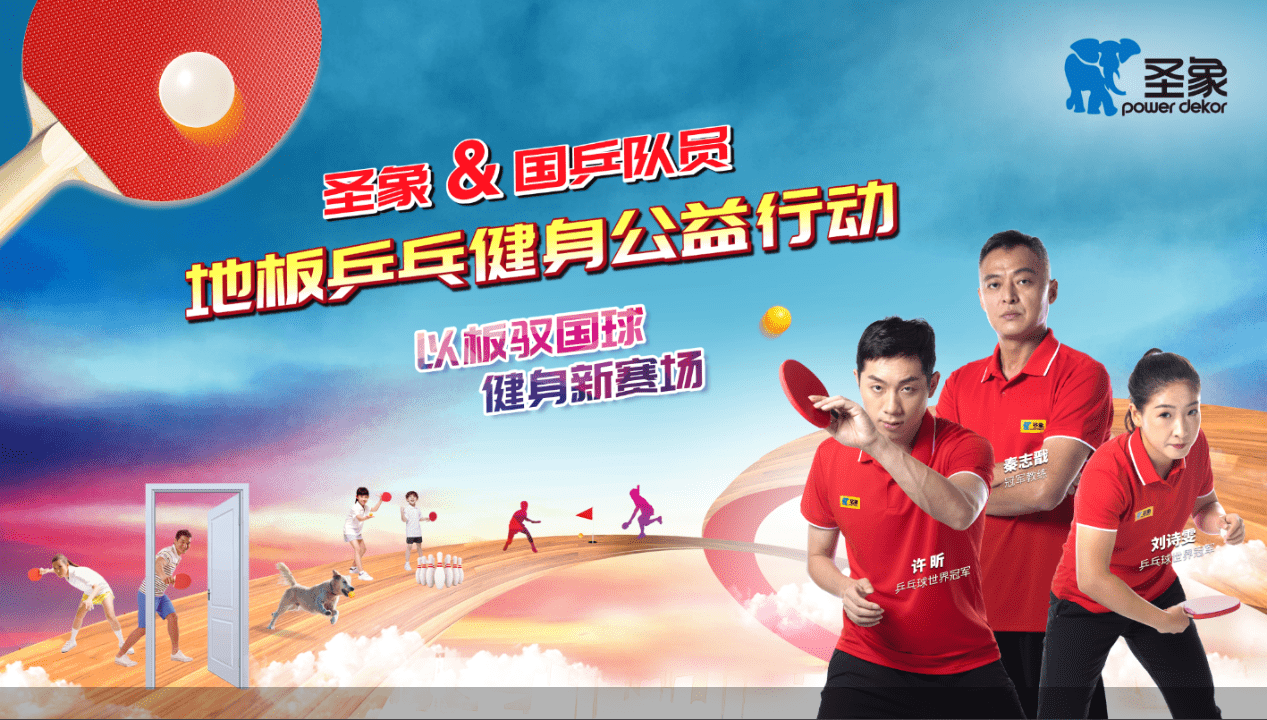 Abundant and interesting challenge activities, suitable for young people’s preferred forms of communication, and efficient connection of the communication chain, have allowed Dekor Floor to derive countless high-quality original ecological videos. These original contents have undergone a second fermentation in the Internet ecology and become an empowering saint. Like a brand’s super weapon.

Background data shows that among all participating users, those under 31 accounted for 77% of the total; those aged 31-40 accounted for 21% of the total, mostly young users, which is positively related to the distribution of mainstream consumer groups in the market relationship. In addition to focusing on young users, exploring what users actually like is also one of the goals of this event. In the sticker event, Dekor set up a total of three rackets, corresponding to different floor categories. Each of the three rackets used 28,000 videos. Among them, the rackets using Dekor Aspen product stickers accounted for 35%, and the Dekor used for reinforcement. Wooden floor sticker rackets accounted for 73%, and the use of Dexiang Kangyi product sticker rackets accounted for 29%. From this, you can see the popularity of different types of Dekor flooring.

It is worth mentioning that during the event, a total of 2,340w people paid attention to the product information of Dekor Floor through the marketing and management tool “online appointment” that comes on top of each video comment area. From the strong launch of the Douyin platform, to the mass production of high-quality original video content, and to the precipitation of video-based word-of-mouth, Dekor Floor is empowering new business traffic with a brand-new content ecology and becoming friends with more young users.

As the user base and word-of-mouth precipitation gradually increase, Dekor will set new heights in the two dimensions of brand voice and category sales.

What did Apple copy during the last event?

Quỳnh Chi - April 28, 2021 0
Even though Apple was an innovator in the tech community, it was found that it was copying ideas elsewhere. According to the SEA...