Home Tech Is the Russian Mi-28 really strong to compete with the American AH-64?

Despite being classified as a heavy attack helicopter, Russia’s Mi-28 is still struggling to find a place to compete with the US AH-64 helicopter.

While the US AH-64 has performed excellently both in combat and in the export market, the Russian Mi-28 has only Iraqi and Algerian customers. The idea that Mi-28 will be chosen by India, however, in the end New Delhi chose the US AH-64.

Mi-28 is also a line of attack helicopters with a long development time when the first flight appeared in 1982, but it was not until 2009 that the version capable of day and night combat entered service.

After having an unimpressive first field trip in the Syrian battlefield, Russia has continued to upgrade to produce the Mi-28NM version.

Currently in Russia’s official payroll, there is a Mi-28A version that is only capable of daytime combat, this version is not appreciated; Mi-28N is a version capable of fighting in all weather conditions including night and the upgraded version of Mi-28NM has only been commissioned in small numbers.

To be fair, the Mi-28 is a line of heavy attack helicopters capable of delivering devastating blows to the enemy. 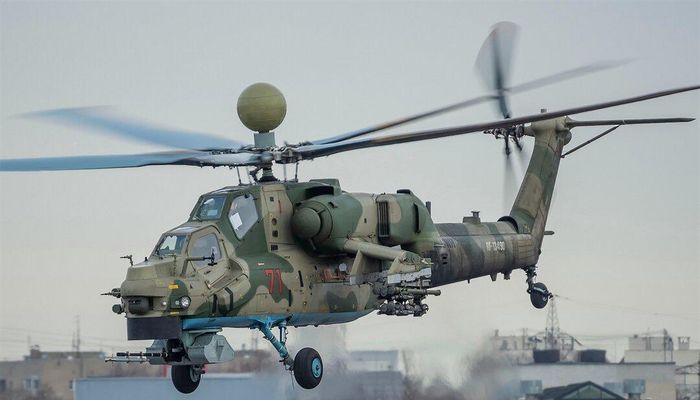 However, the Mi-28 did not live up to expectations when it was designed to replace the Mi-24s. 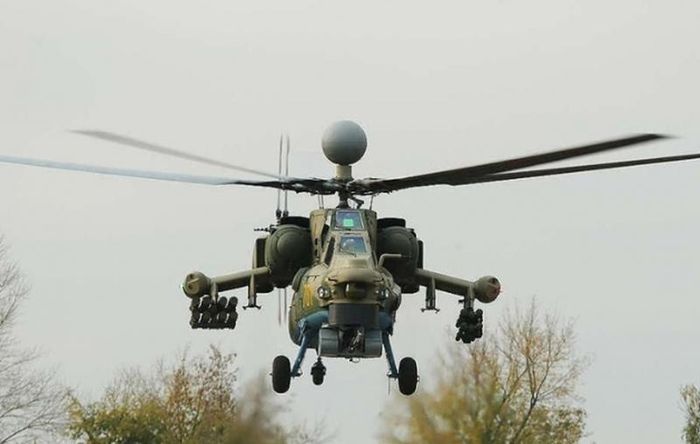 In the Syrian battlefield, the Mi-28N did not even prove superior to the Mi-24. This made many Russian generals criticize the developer. 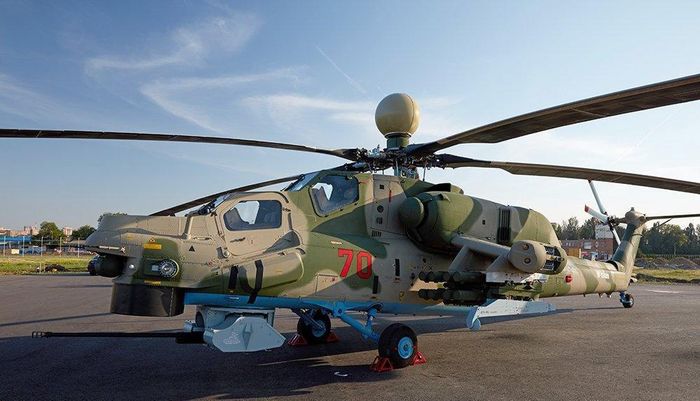 Perhaps that is why the manufacturer Mil bet on the Mi-28NM version. Compared to its predecessor, although there are not many major changes in appearance except for the nose, the changes brought from the inside have helped this aircraft achieve high combat performance. 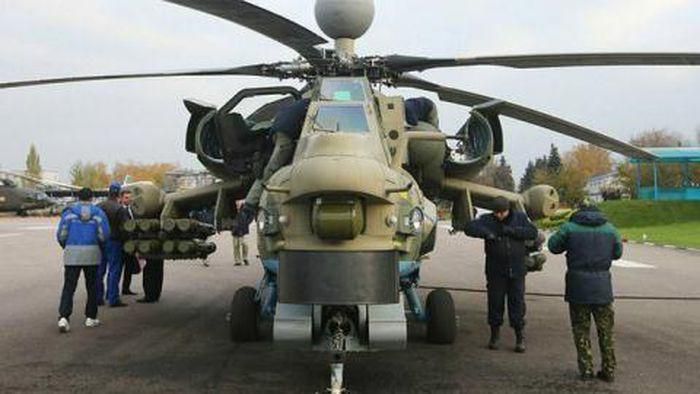 Weapons analysts said that with the introduction of the Mi-28NM version, the attack helicopter line was enough to line up with the latest US version of the AH-64E. 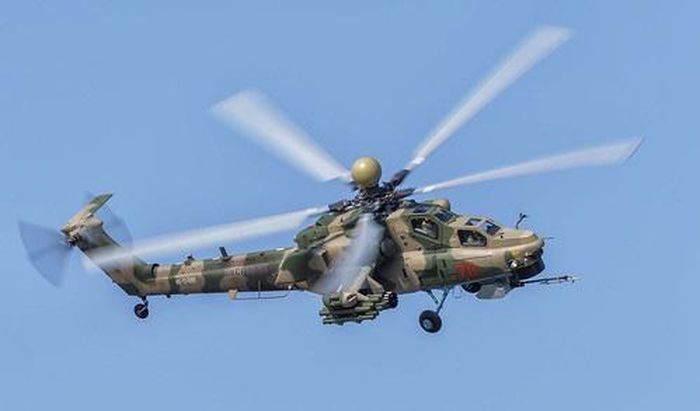 There have been reports that the Mi-28NM was secretly brought to Syria to test fire by Russia to evaluate its combat performance and obtain positive results. 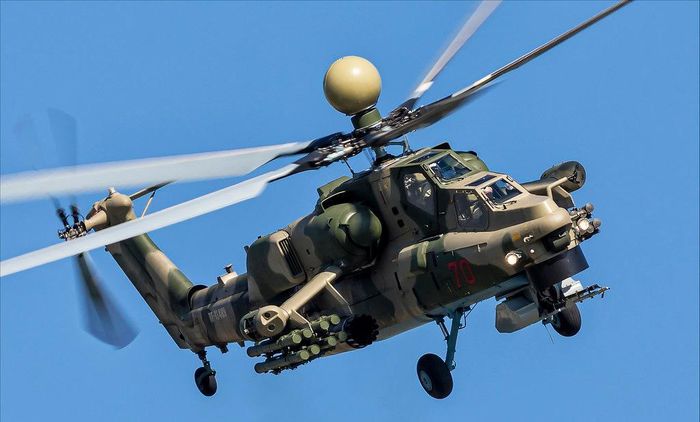 It was from this real combat test that Russia quickly decided to put the Mi-28NM into mass production. 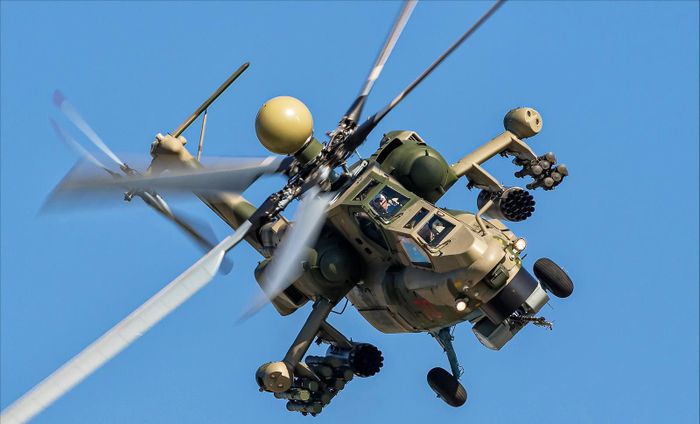 In terms of structure, the cockpit of the Mi-28NM is reinforced more firmly, with an air-conditioning system, with additional protective armor, including a metal front windshield that is resistant to 12 bullets, 7 mm.

The cabin has an additional layer of glass that separates the compartment between the two pilots, minimizing the possibility of the main pilot and the pilot pilot dying at the same time from enemy fire. The alloy frame of the Mi-28NM is able to withstand 20mm anti-aircraft shells. 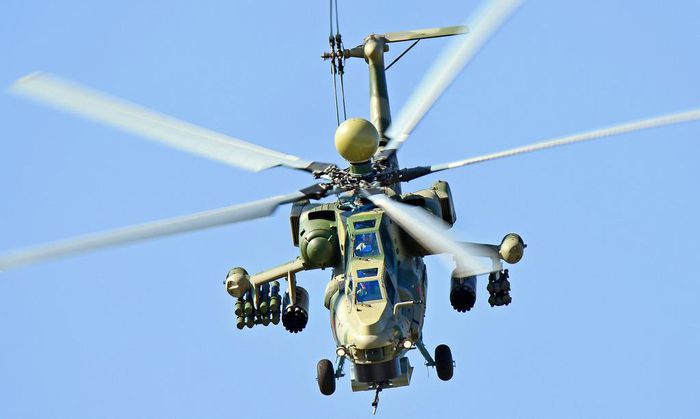 With the design applied on Mi-28NM, for the first time the principle of separating the cockpit between the main pilot and the pilot pilot has been applied. 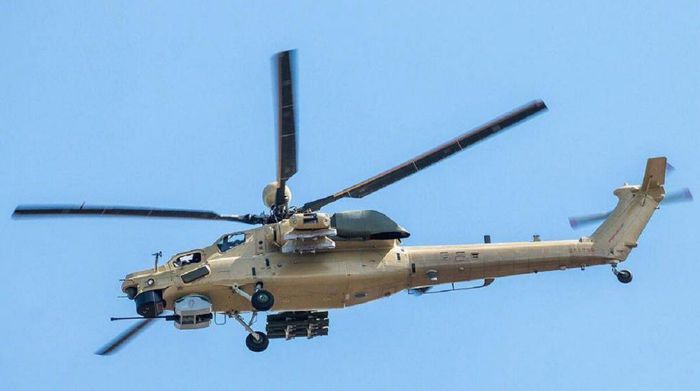 In the event of an emergency when the plane is above 100 m above the ground, the crew can parachute out when the plane crashes and crashes. The emergency exit system will be activated by the main pilot and the pilot pilot separately. 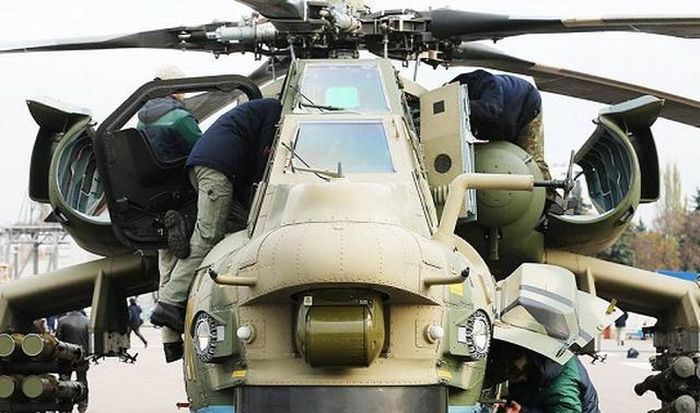 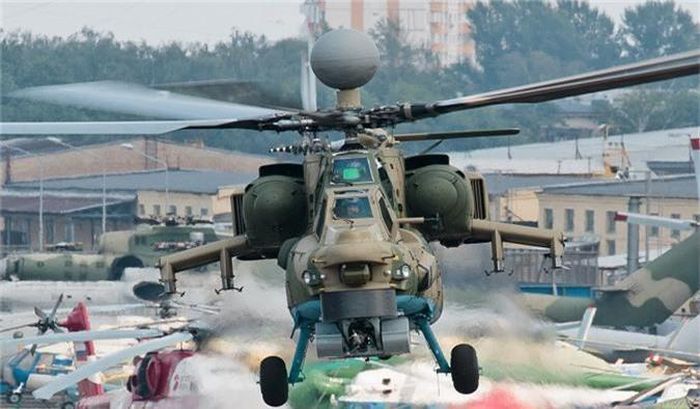 The helicopter is equipped with high-precision weapons, has a new control system integrated with artificial intelligence (AI). Mi-28NM is compatible, join the battle formation with helicopters, UAVs and other aircraft on the battlefield. 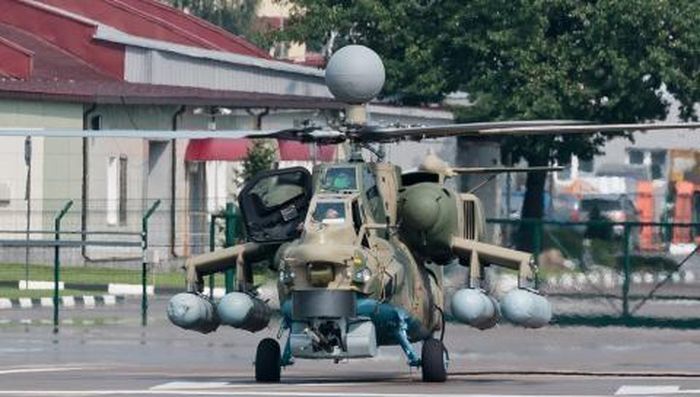 In terms of firepower, the Mi-28NM heavy attack helicopter is equipped with a variety of powerful weapons systems, including new-generation multipurpose missiles and various bombs. The helicopter can attack stationary and moving targets within a radius of 8-10 km. 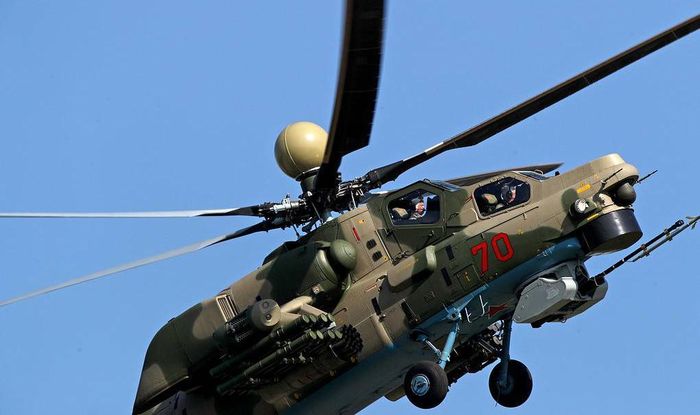 Mi-28NM has a new LSN-296 aiming system, which can control two of Russia’s most powerful anti-tank missiles today, Khrizantema and Vikhr. 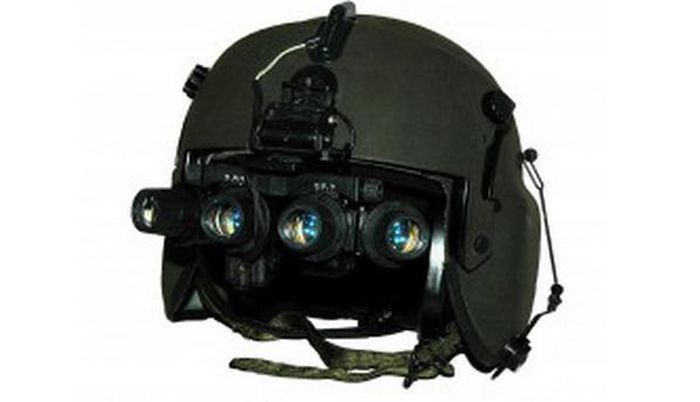 The pilot of the Mi-28NM is equipped with a flying helmet with a specially designed target indicator system, displaying panoramic information to aim at targets in all directions. 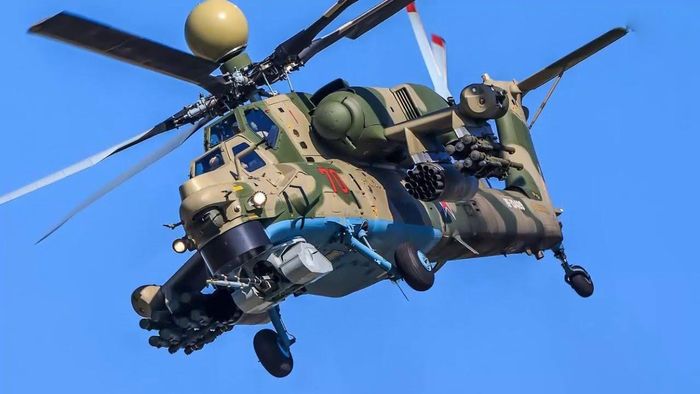 Mi-28NM is equipped with Nadterechny Н025 radar as well as a new generation of aiming and guidance complexes, including a control system for landing in dark and foggy conditions, which helps to improve combat efficiency. almost twice that of its predecessor. 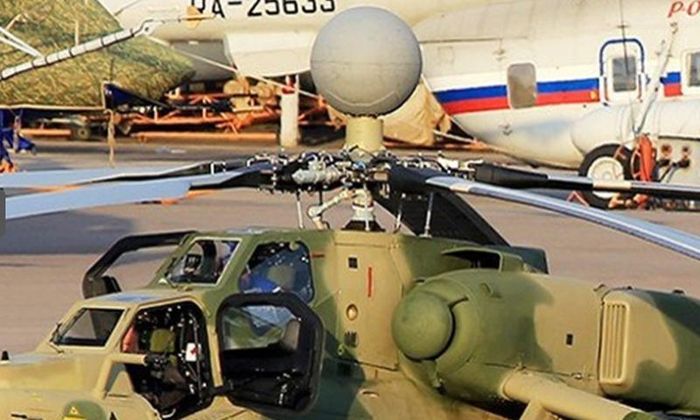 In the design of the Mi-28NM, the position of the radar transceiver remains above the main rotor of the helicopter. 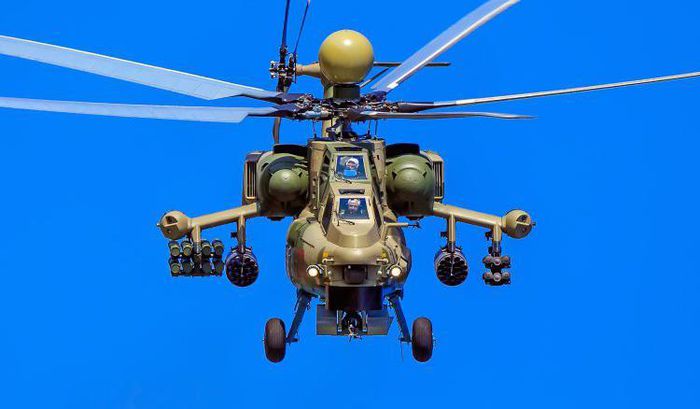 In addition to the upgraded avionics and body frame, the other difference is that the propeller of the Mi-28NM uses composite materials to make the helicopter more stable, the new engine is stronger but more fuel-efficient than that of the Mi-28NM. Predecessor. 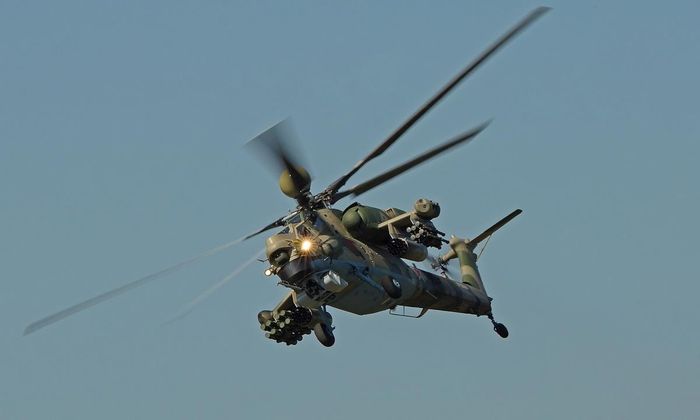 In addition, Mi-28NM is also equipped with a suicide drone. Helicopters can enter a predefined combat area and launch one or more drones from the cockpit. Once the target has been identified, the crew will report the data and monitor the kill launch process. 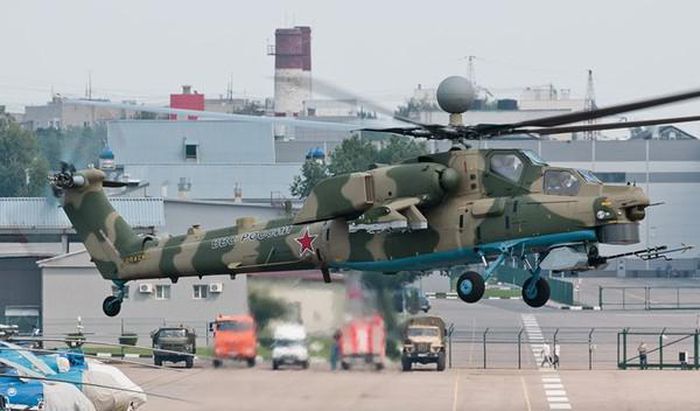 Mi-28NM is capable of operating in all weather conditions, can fly in both automatic and manned modes, adapts to all kinds of terrain. 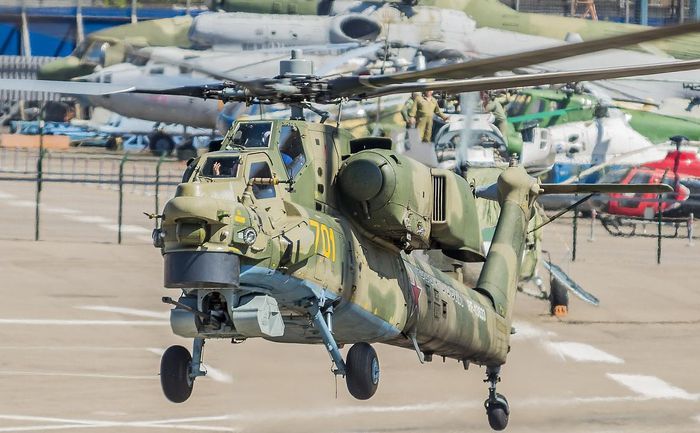 One of the most practical improvements in the Mi-28NM is the crew’s “double control” mode. In the event that the main pilot is injured or killed, the pilot can still control the helicopter. 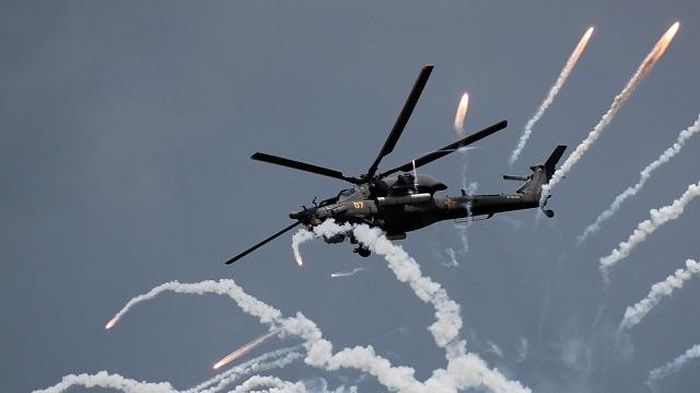 Another improvement is that Mi-28NM is equipped with an additional radar system on the cockpit, capable of scanning around the aircraft, with a scanning angle of up to 90 degrees horizontally and 44 degrees vertically, helping detect and locate multiple targets at the same time. 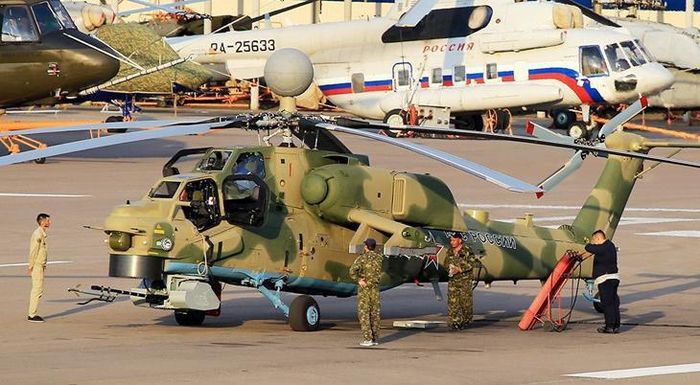 With such top-notch features, Russia’s Mi-28NM is expected to create a breakthrough in the combat capabilities of the Russian military as well as in the export market.