Home Travel It’s a pity that the thousand-year-old temple that flourished in the depths...

This is Xiao Yu’s travel diary, stop and go, and watch Shaanxi with me. 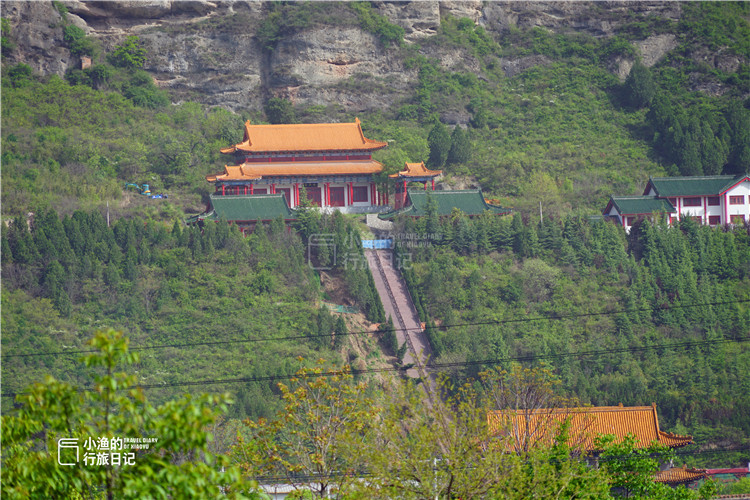 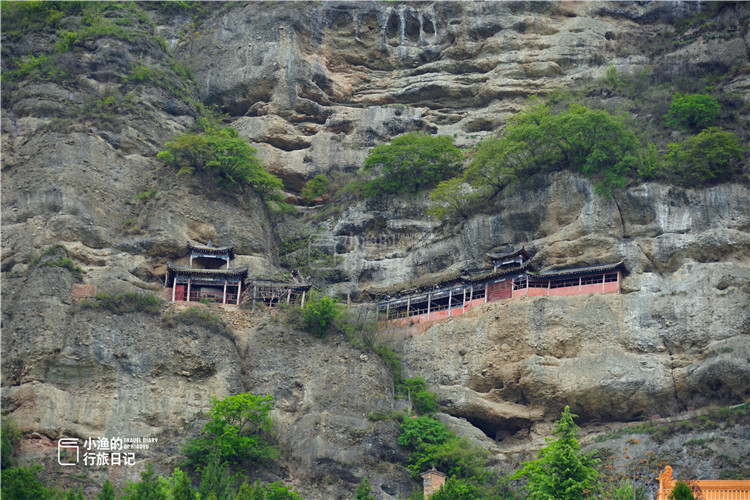 Xiaofan Temple was originally an ancient grotto temple, inlaid on the cliffs of Douji Mountain in Qinling Mountains, facing Fengzhou ancient city across the Jialing River. The ancient temple was built in the Western Han Dynasty and prospered in the Sui and Tang Dynasties. It has a history of more than 1,400 years. The fame of Xiaoba Temple is related to two celebrities. First, Zhang Guolao, one of the Eight Immortals of Taoism, once lived and practiced here in seclusion, and the Guolao Cave where Zhang Guolao cultivated immortals still remains in the temple; later in the Tang Dynasty, Tang Xuanzong used to pray here for blessings and disasters when he avoided misfortune and history. This ancient grotto temple deep in the Qinling Mountains is well-known. 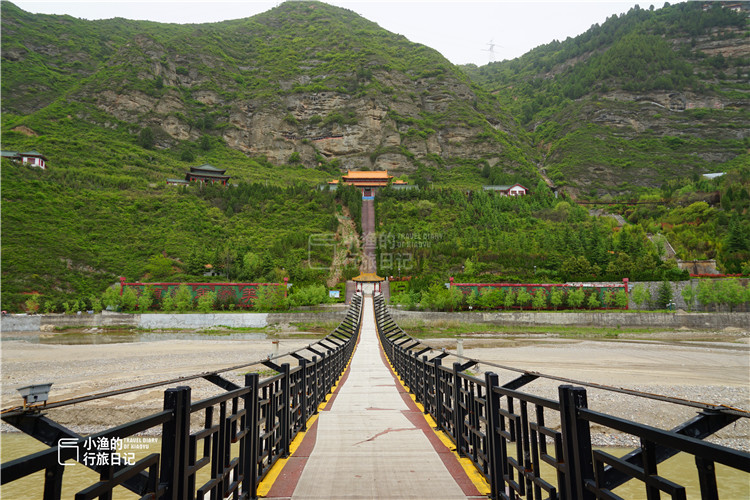 The thousand-year-old ancient temple with such a profound heritage has flourished for a long time, and it has continued to this day. Xiaofan Temple is only more than 10 kilometers away from the county seat of Fengxian County, and is on the side of Provincial Highway 212, the only way from Baoji to Fengxian, so it is very famous and has many tourists. When the tourism development of Feng County is booming, this is also one of the main attractions of the county. But I didn’t expect that when we came again this time, we saw a disaster-eliminating temple that was completely different from what we imagined. 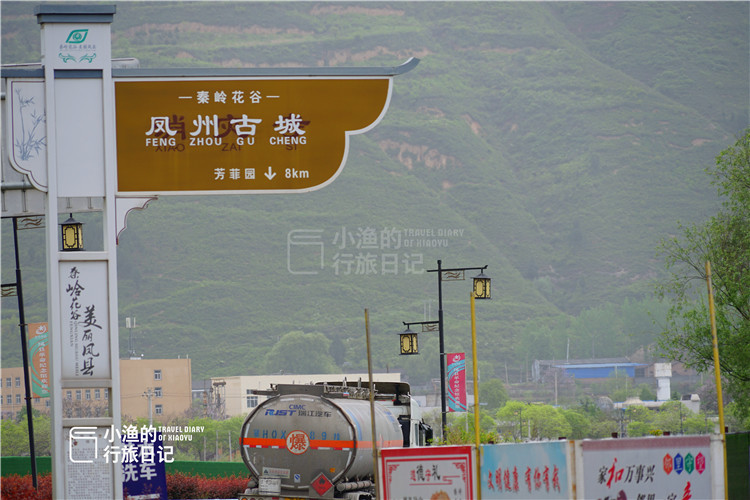 Before entering the scenic spot, we noticed the signs on the side of Provincial Highway 212 and the big archway in the scenic square. The names have been changed from the original “Xiaosha Temple” to “Fengzhou Ancient City” and “Ancient Fengzhou”. The introduction to the scenic spot in the square only introduces the ancient city of Fengzhou, without mentioning the Xiaocai Temple. Passing through the archway, the square is empty. The fountain sculpture of Lotus Guanyin seen in the travel notes before seems to have been demolished. 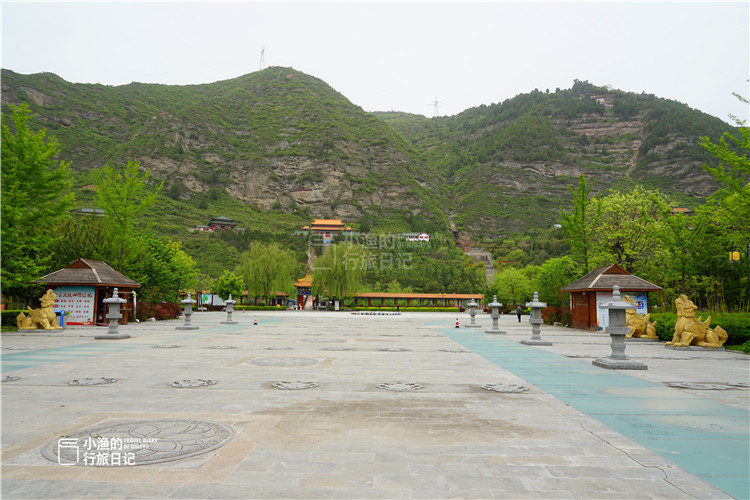 Buy a ticket to enter the scenic spot, the original 50 yuan ticket is now 25 yuan. The staff at the scenic spot told us that all halls were closed due to the epidemic. Facts have proved that not only that, but the old temple of Xiaocai Temple (Xiao Temple) that could have been visited has been closed, and Guo Lao Cave can only be viewed from a distance. The area was fenced off. The only area that tourists can reach is the Yaowang Palace. 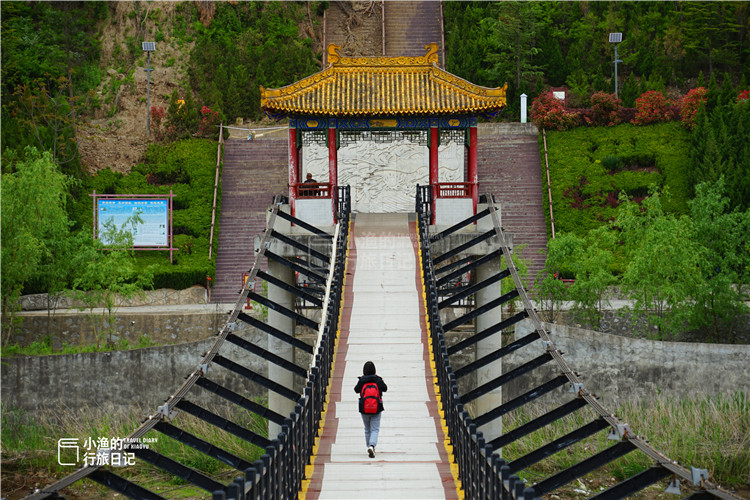 To enter the scenic spot, you need to walk across a long chain bridge across the Jialing River. At the end of the bridge, there is a straight staircase leading to a magnificent hall. On the upper left side of the hall is the cave ruins where Zhang Guolao practiced and lived in seclusion. This is also one of the most filmed places in the entire scenic spot. From the ancient city of Fengzhou, we can see a straight stone staircase from a distance. On the stone staircase is a magnificent hall with magnificent grandeur. However, when I walked closer, I discovered that this stone ladder was no longer accessible, and a large area of ​​mud-rock landslides could be seen in the area on the left (pictured below). So we walked across the suspension bridge, and we walked towards the Yaowang Palace. There are lush vegetation along the way, but there are many construction wastes everywhere, and it looks like it has not been maintained for a long time. 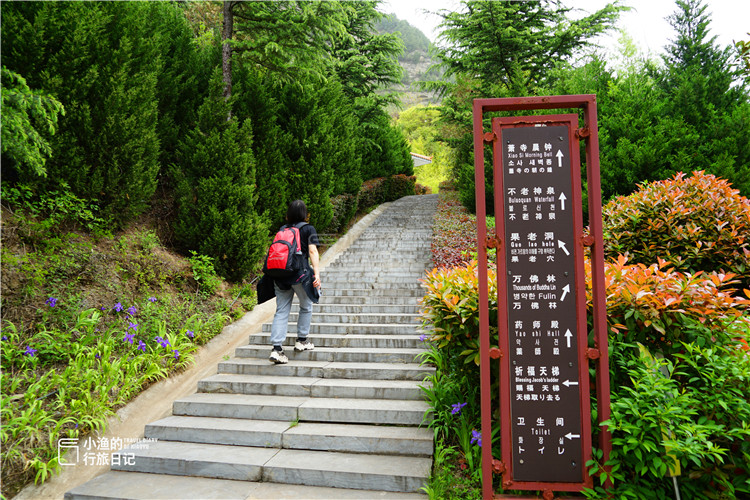 We arrived at a scenic spot called “Shenquan of Immortality”. There was originally a waterfall rushing down the stone steps from the mountain, but unfortunately it has dried up now. If there is water, it should be quite spectacular! 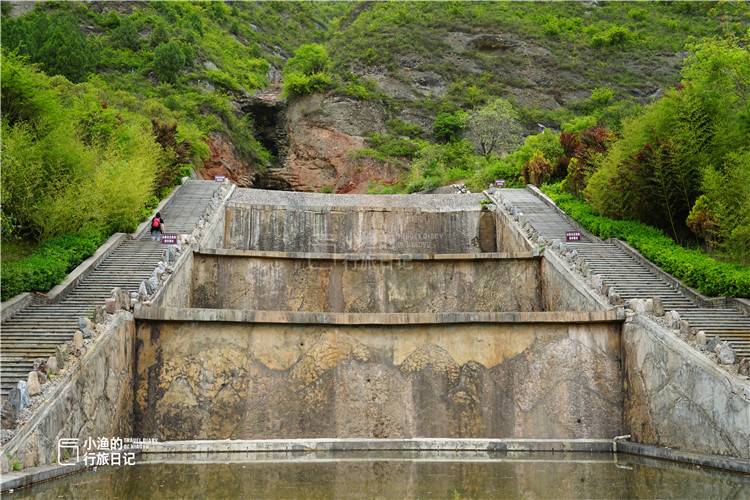 When I walked to the “Pharmaceutical Hall”, it seemed that the momentum was quite magnificent. Although this hall was renovated in 2008, it is said that the incense has been flourishing. The fellow said that a big Buddha was originally enshrined in it, but unfortunately it has now been demolished. When we came, the gate of the Pharmacist’s Hall was closed and we could only stroll around.

As a result, in the core area of ​​the Xiaocai Temple that can only be reached by tourists, there is a scene of decay and dilapidation everywhere. Garbage and waste can be found everywhere and discarded at will. We even have the feeling of an abandoned ancient temple in the mountains. Behind the Yaowang Hall, and on the highest point of Douji Mountain, is Xiaosi, the earliest ancient temple for eliminating disasters. “Xiaosi Morning Bell” is said to be one of the eight ancient scenic spots in Fengxian County. But this time, the road through Xiaosi is closed and tourists can no longer reach it. 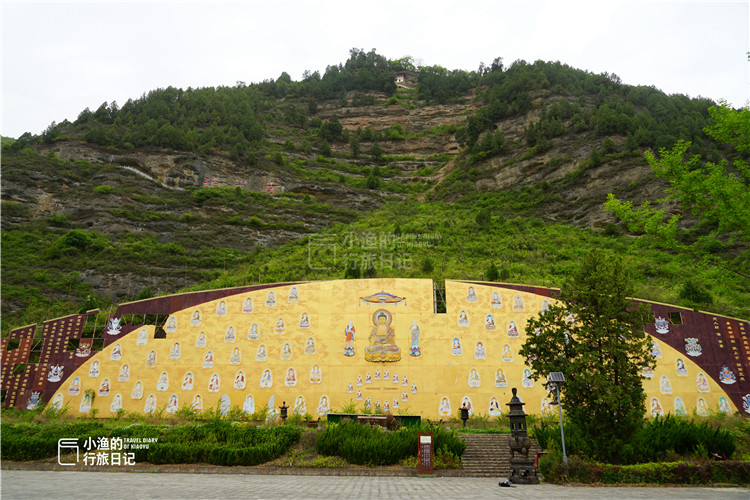 When turning back from the original path of the Medicine King Hall, we stood on the high platform of the Hall, still amazed by the picture in front of us. Surrounded by the endless Qinling Mountains, the Jialing River flows slowly through the middle. Rows of houses in the ancient city of Fengzhou extend from the banks of the Jialing River to the foot of the Qinling Mountains, looking very magnificent. It also relieved our depressed mood. 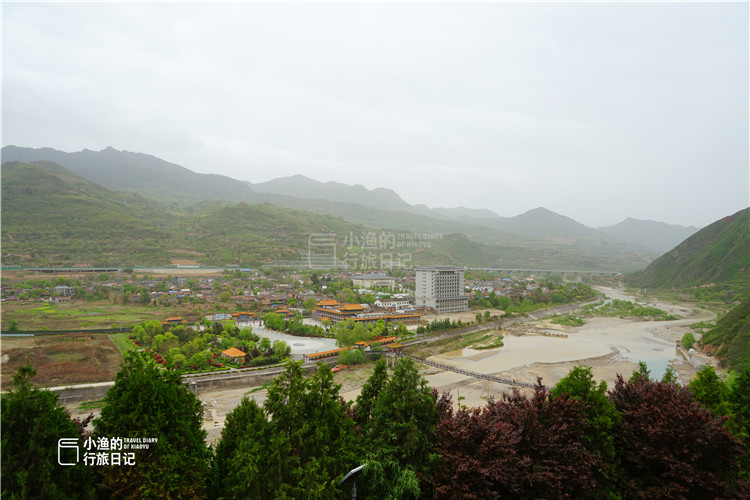 In less than an hour, we have visited all the sights of Xiaocai Temple that can be visited. Speaking from the heart, Xiaocai Temple has a profound humanistic background, and it also has a unique natural landscape. But now it is like an abandoned scenic spot (although it still holds tickets), and it is full of dilapidated scenes. In the square at the entrance of the scenic spot, it seems that the “elimination temple” is no longer mentioned, only the “Fengzhou ancient city” is mentioned. I don’t know what the next step will be for this thousand-year-old temple in the depths of the Qinling Mountains? If you want to know more about less popular and fun tourist destinations, you are welcome to pay attention to Xiaoyu’s travel diary. Discover more beautiful worlds with Xiaoyu!

Thùy Linh - April 20, 2021 0
Built with inspiration from the curves of the ceramic land on the turntable, Bat Trang Pottery Museum is becoming one of the new places...