Home Life Mental illness of singer Kim Ngan through the story of his biological...

Ms. Huong, the mother of singer Kim Ngan, confirmed that her daughter did not smoke drugs, suffered from mental illness due to witnessing a bloody scuffle event while going away.
Latest video, Thuy Nga recorded a conversation with Ms. Huong – singer Kim Ngan mother, in the car. For personal reasons, Ms. Huong asked to hide her face. She began the story from the time she brought Kim Ngan to the US in 1975. 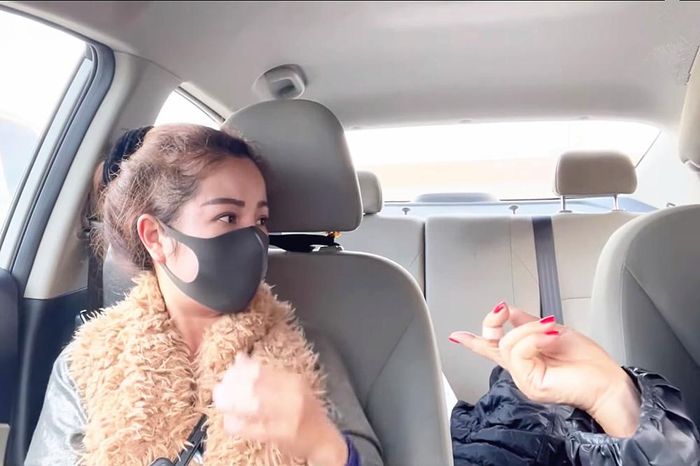 In Ms. Huong’s memory, Kim Ngan is a cute, obedient and filial girl with her mother. When she was a child, she attended French school. She hired a private teacher to teach her, so she studied very well. She was mostly ranked 1 – 2 in her class during the five months of her studies. From a young age, Kim Ngan was cute, everyone wanted to pamper and took pictures of children.

When she came to America, Huong met her old friend, the wife of musician Truong Hai. This musician found Kim Ngan too beautiful, so he invited her to record a song as well as take pictures to print on the cover of the music tape. Unexpectedly, how much was released was not enough to sell. Since then, Kim Ngan became a singer. According to Ms. Huong, her daughter is very gentle, very sociable with her colleagues. Concurrent singer like Lynda Trang Dai can confirm this.

Kim Ngan married at 19 years old, divorced at 29 years old. At that time, everything kept going one by one. Kim Ngan struggled to settle the divorce, so business was so unprofitable that he had to sell his own record label to return to Los Angeles. She brought her 2 little girls home. At that time, Huong was still in the US, the whole family of 4 generations lived together.

At that time, the court tried Kim Ngan custody of the children. The ex-husband, father of two girls, named Bắc is allowed to visit the child. He loves his son very much, so every time he comes to visit, he takes his children to go out and go shopping. buy a lot of clothes, toys. Therefore, the two children insisted on staying with their father. Although Kim Ngan loves her children very much, but thinks she has failed, she has no money left, so she let her ex-husband take care of the children. At that time, my daughter was only a few years old, my second child was one year old. 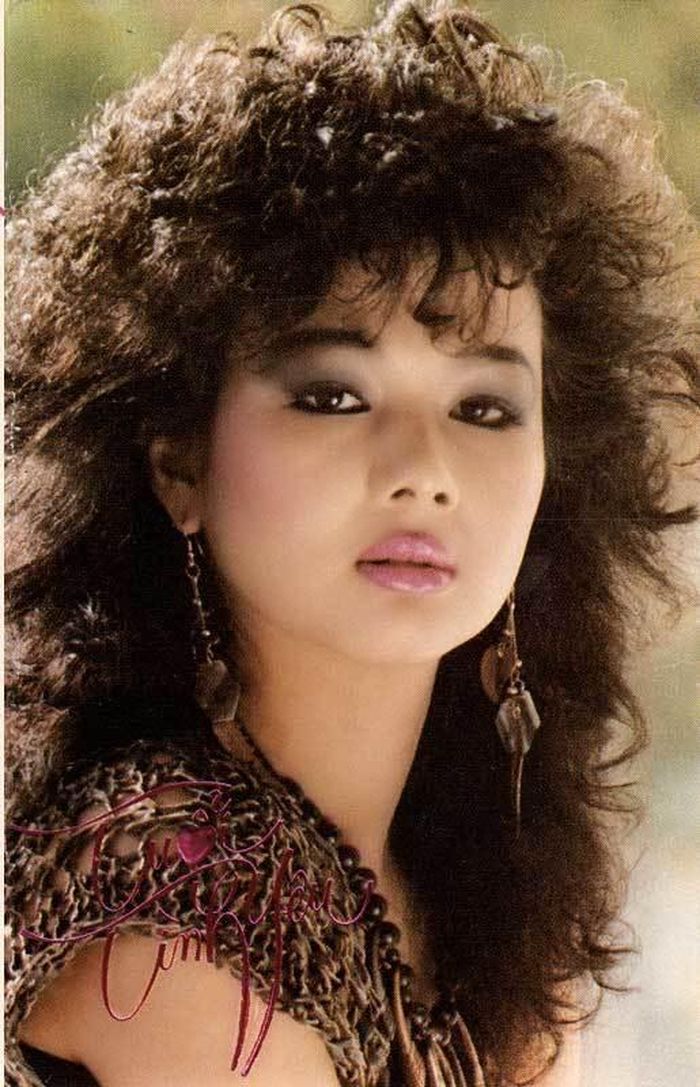 After that, Ms. Huong returned to Vietnam to open a clothing shop and go between the two countries. During this time, Kim Ngan had a new boyfriend and became pregnant with this person. “There is no such thing as Ngan wandering the street and being raped and pregnant,” said Huong.

According to Huong, Kim Ngan’s third son currently lives with his father in Fullerton, California. The boy is handsome, educated and active, always asking who his mother is. Kim Ngan’s ex-boyfriend promised that when he was an adult he would let him take back his mother.

Also during the time when Mrs. Huong was in Vietnam, Kim Ngan went to a dance hall in Canada and had an incident that changed her life. While she was acting, a scuffle happened that caused a woman who had been hit by a bullet to die in a pool of blood. Kim Ngan was so scared that she had just returned to the US and ran to her sister’s house, crawling under the table and trembling. Since then, wherever the sister goes, she will not leave.

“From a young age, Ngan was already mentally weak. A woman like that went to the end again, with no money, no name, no husband and children. Later, the event of seeing the person shot dead, Ngan became mad. The frightening thing is that the female audience who got hit by the bullet has not died. sweetly told. 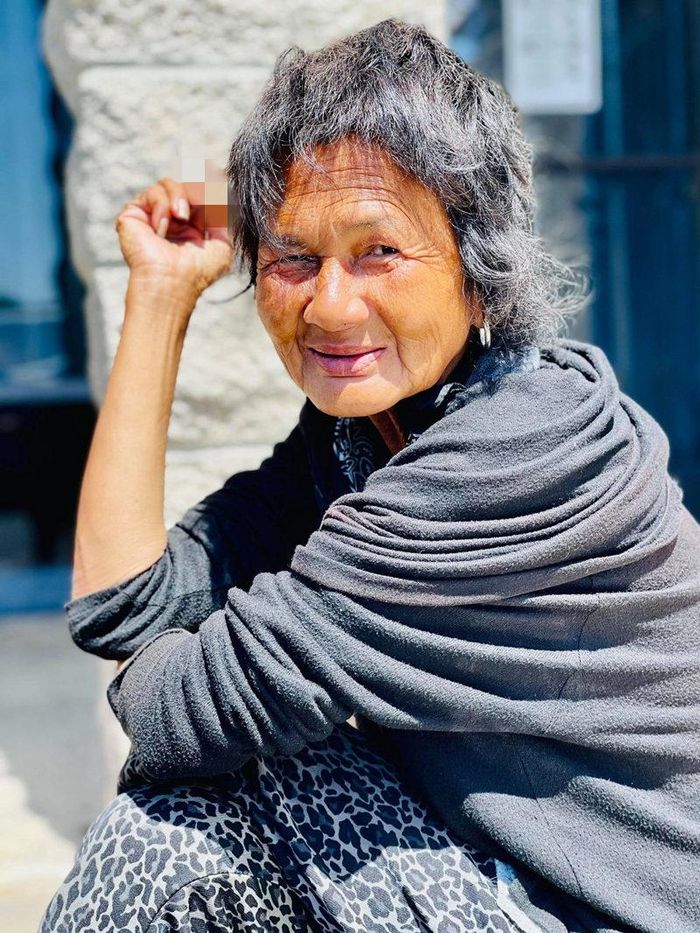 Mrs. Huong is very sad because since Kim Ngan was mentally ill, she did not allow anyone to access, including her mother. At first, the singer was still close to her mother to eat and go shopping. She used to rent a room for the mother and daughter to live in.

One evening, Kim Ngan said the chattering was very loud, she was deaf in one ear, so all the sounds pressed into the other ear gave her a headache and could not sleep. She told her daughter: Ngan, you should go inside and lie down, let your mother stay out, you talk too loudly, you can’t sleep. Unexpectedly, Kim Ngan got angry, left, and was no longer in that room. Up to now, that room still has not expired, but she never returned. Another time, Kim Ngan’s nephew drove her to Mrs. Huong’s house, she determined to stay outside.

“I still wonder if that is why Ngan was angry with me? For more than 2 years, I have not been near my child. Until now, she just ran away when she met me”, she said.

Ms. Huong also mentioned 2 daughters Kim Ngan. At the time Kim Ngan sent the children to her ex-husband, the children were too young, so later on, she did not recognize two more children. The girls still love Kim Ngan. Once, Kim Ngan, the oldest daughter watching a clip online, saw that her mother became what she is now crying. 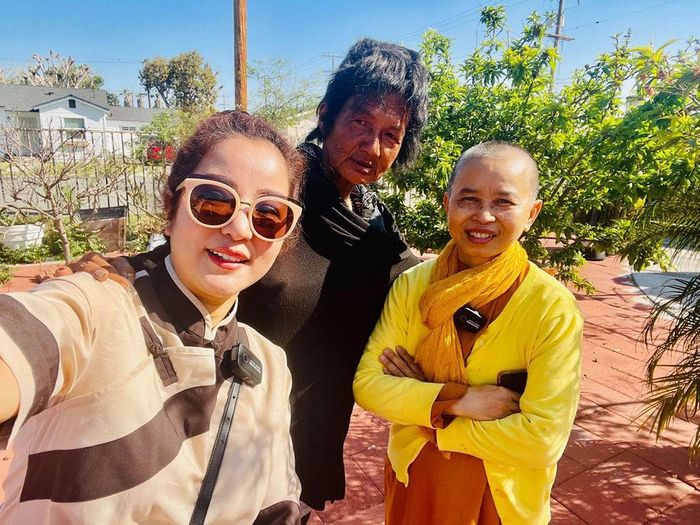 Kim Ngan temporarily stayed at the temple. Thuy Nga is continuing to discuss with Kim Ngan family to find the best solution for her seniors. Photo: Thuy Nga

Until now, Huong still does not know how to help her daughter. Kim Ngan did not allow her and her relatives to access, refused to go home or rent. She also refused to admit that she was mentally ill, so the hospital could not provide treatment. She used to apply for a visa for Kim Ngan to return to Vietnam for medical treatment, but she kept smoking unconsciously so she was not allowed on the plane.

Despite her mental illness, Kim Ngan still remembers Huong’s real name, Vo Thi Nhon. She said: “Ngan is sick, but knows who loves her to love her. I watched the clip Thuy Nga taking care of her, I still felt emotional, let alone Ngan. She never cursed anyone, she only reacted when she was threatened. scare “.

Currently, Ms. Huong holds Kim Ngan’s passport, identity card and driver’s license. She promised to find her social security card again for Thuy Nga to take Kim Ngan to vaccinate against Covid-19. She said: “I only believe Thuy Nga. I hope Thuy Nga does not give Ngan’s papers to anyone, even if they claim to be her relatives”.

Quyen Linh’s daughter possesses the characteristics of a ‘beauty icon’

Things to do for women to be happy every day