To clarify the reason why the website of Voice of Vietnam Radio and its social media platform cannot be accessed, the Department of Cybersecurity and High-Tech Crime Prevention (Ministry of Public Security) has investigated. .
On the morning of June 14, discussing with the press, Mr. Ngo Thieu Phong, Editor-in-Chief Online newspaper Voice of Vietnam ( Vov .vn), said it had sent an official letter requesting the Ministry of Public Security to investigate and clarify cyber attacks against the Vov.vn website and its social networking platform. 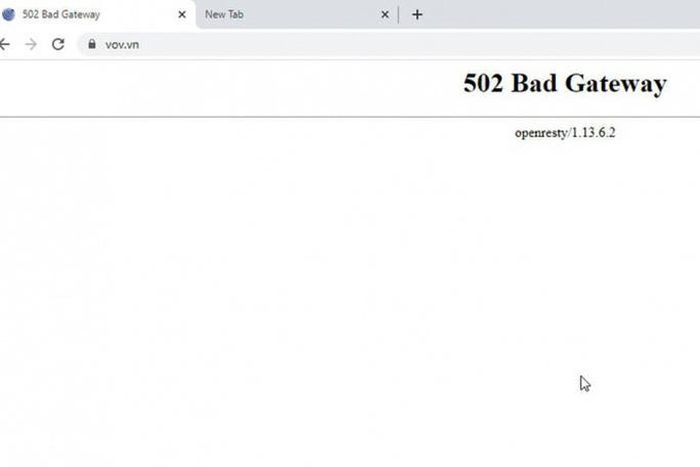 Website VOV Newspaper is not accessible at the time – Photo: Screenshot Like Newspaper Laborer It was reported that from the evening of June 12, the access to Vov.vn electronic newspaper had difficulties, the transmission line was slow. By 12 o’clock on June 13, readers could not access the Vov.vn link at all. According to the technical department of the Voice of Vietnam Electronic Newspaper, this is the result of a denial of service (DDoS) attack that overflows the bandwidth, making access to the newspaper crippled. At the same time, the fanpage of this newspaper also received tens of thousands of negative and offensive comments. The agency has been in contact with Google and Facebook to handle the related issues. A representative of the Voice of Vietnam Electronic Newspaper also said that the attack on the newspaper affected the operation of the editorial office, affecting readers’ access to information. The Voice of Vietnam has sent a dispatch to the relevant authorities to request a settlement, in which it is requested that the Ministry of Public Security search for the perpetrators of the online newspaper attack. Online newspaper Voice of Vietnam (Vov.vn) has had many technical solutions to fix the problem and access normally from the evening of June 13.

Linh Đan - May 22, 2021 0
TASS on May 22 (Vietnam time) quoted Russian Defense Minister Sergei Shoigu as saying that the country possesses "combat robots of the future", and...