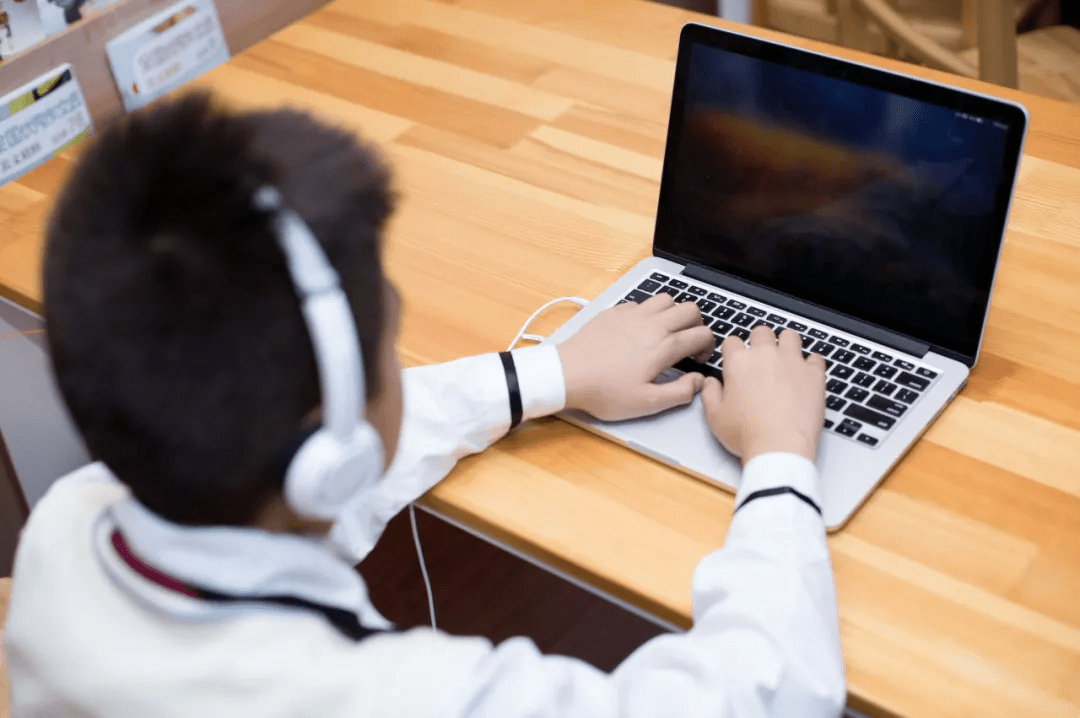 Once highly sought after by capital, now it has fully entered the ice age. Where is the future of online education companies?

Online education has ushered in an industry shock.

In just one year, the development of online education has been like a “roller coaster”. It has not only experienced the influx of industry outlets and the crazy influx of capital, but also suffered the looting of industry regulatory storms and capital ebb.

With the introduction of a series of regulatory policies, the online education industry has fallen to the bottom, and the stock prices of listed companies such as New Oriental, Good Future, and Gaotu Group have plummeted, and have generally fallen by more than 50% since the beginning of the year.

Many companies have laid off employees and contracted their businesses in order to protect themselves.

Gaotu Class is no exception. According to late reports, the proportion of layoffs was 20%. Its 3 to 8 year old enlightenment business “Early Enlightenment” was cut off across the board, and nearly 1,000 employees were forced to transfer or leave. In addition, news of large-scale layoffs have also been reported in Yuanfudao and Chalk Education.

Once highly sought after by capital, now it has fully entered the ice age. Where is the future of online education companies?

When the tuyere encounters a regulatory storm

A sudden epidemic has pushed online education to the forefront. According to data from iResearch Consulting, the online education industry market scale in 2020 will increase by 35.5% year-on-year to reach 257.3 billion yuan. The main reasons for the rapid growth are low-children, quality education, and the acceleration of the online process of K12 discipline training track. 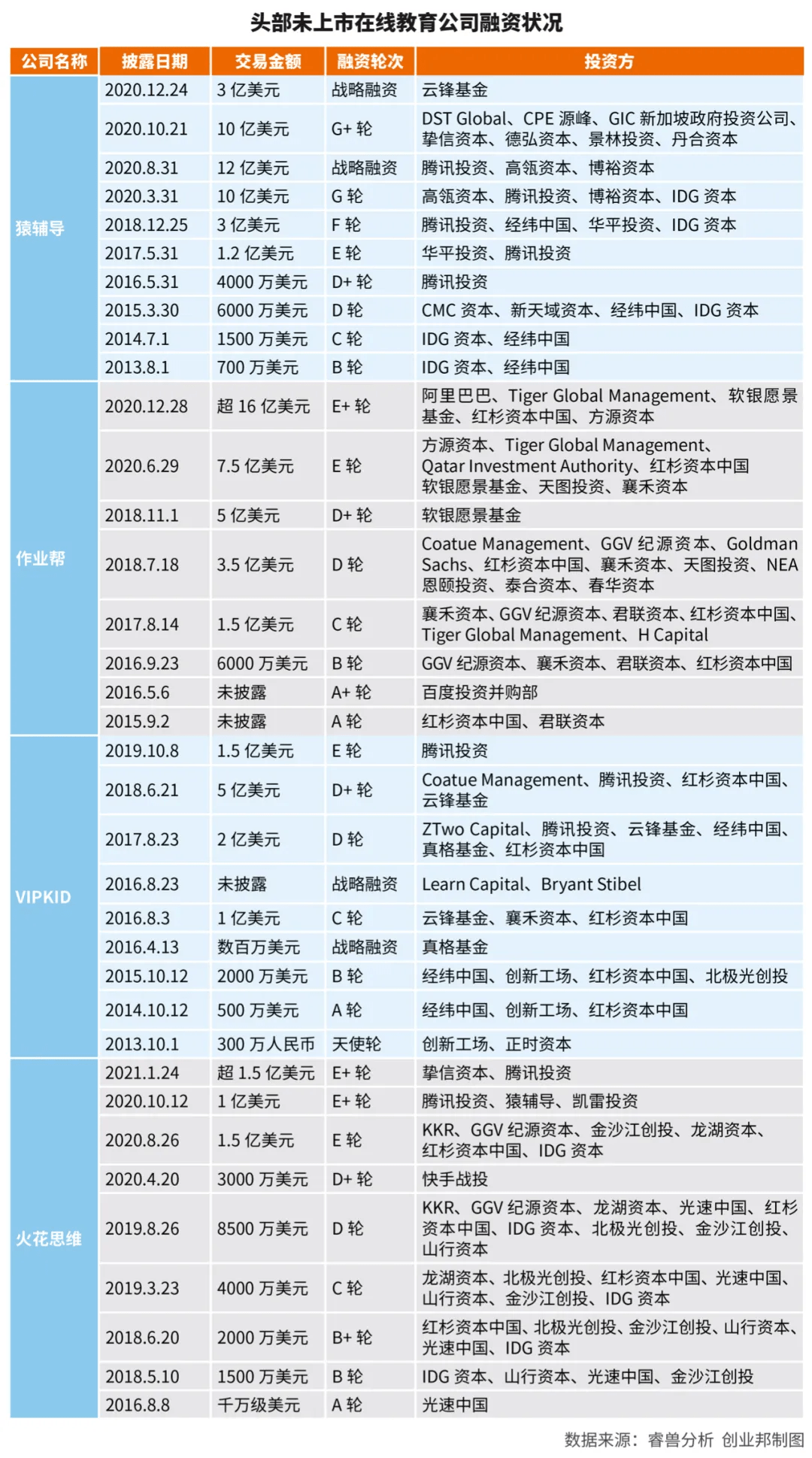 On April 24, institutions such as Xueersi Online School, Gaotu, Netease Youdao Premium Classes, and Yuanjiao were notified by the Beijing Municipal Education Commission for violations of regulations and early admission fees.

On May 10th, the Beijing Municipal Market Supervision Bureau implemented false or misleading commercial propaganda behaviors and price tactics to lure consumers into transactions due to fictitious teaching experience and other false content, and imposed two leading online education actors in accordance with the law. Beast-Job Gang and Ape Guidance were given a warning and a fine of 2.5 million yuan respectively.

A bigger storm is still behind.

On May 21, the 19th meeting of the Central Comprehensive Deepening Reform Committee formally reviewed and approved the “Opinions on Further Reducing the Burden of Students’ Work and Extra-School Training in the Compulsory Education Stage” (referred to as the “Double Reduction” Opinions). The burden of student homework and off-campus training.

On June 1, the new version of the “Law on the Protection of Minors” came into effect. On the same day, the State Administration of Market Supervision announced the decision to impose top fines on 15 off-campus training institutions for false propaganda and price fraud. The total amount of fines was as high as 36.5 million yuan.

Almost overnight, the “enthusiasm” of online education has cooled.

Regarding the reason for the sudden advent of strong supervision, a well-known investment institution investor who did not want to be named told Chuangye Bang that the regulators are not only concerned about false propaganda and price measures, but more importantly, social equity. Online education is placed in the current social environment, which actually affects the balance between fairness and efficiency.

“Investors dare not place any more orders. This industry is currently unsustainable.” The above-mentioned investor said.

In this investor’s view, since 2017, companies in the online education industry have been doing online large-scale classes. The essence of large-class classes is to buy and sell classes. Once they do not buy, their income will drop very sharply. At the same time, none of these companies has made money so far. A business model that hasn’t made money for five years under the acceleration of the entire industry is most likely because this business model is a false proposition.

He said that in the absence of follow-up financing for blood transfusion, some top unlisted online education companies are likely to face the risk of breaking the capital chain within six months or one year.

Another unnamed industry analyst said that for online education companies that are currently unlisted, such as job help, ape tutoring, VIPKID and other leading companies, related listing plans may be disturbed, and the pace of listing and financing may slow down and need to be calmly reassessed. Business form, scope of listed assets and timetable for re-planning.

If these companies really can’t continue to operate, it means that investors’ nearly tens of billions of dollars of investment have been in vain.

It is undeniable that online education breaks the traditional education form, breaks through the shackles of time and scene, and brings unprecedented industry changes.

One view is that regulation will benefit leading education companies that have already gone public.

An analyst from Minsheng Securities who did not want to be named believes that in the future, the extracurricular tutoring market may increase supervision or become the norm. In the short term, the industry may experience pains due to stricter regulation. But in the long run, under the premise that the overall selection system remains unchanged, the demand for training is still strong. After the small and medium organizations at the tail are squeezed out, the demand will be concentrated in the large organizations at the head.

For different tracks, the impact of regulatory policies is quite different. For example, the new version of the Law on the Protection of Minors stipulates that “kindergartens and out-of-school training institutions shall not provide primary school curriculum education to preschool-age minors.” All cancellations due to violation of laws and regulations.

Pang Ming believes that under the disorderly expansion of capital, the brutal expansion and extensive operation characterized by low prices, price wars and other vicious competition patterns will no longer be feasible. In the short term, only companies with high marketing efficiency, high renewal rates, and high retention conversion rates are expected to achieve lower customer acquisition costs and are more likely to overcome the difficulties.

At the same time, considering the imbalance in the distribution of educational resources and the difficulty of a fundamental change in the selection and evaluation system in the short term, there is still a demand for online education in the market.

In the future, online education companies should abandon the development mentality of burning money to pursue scale and volume, optimize the balance of large class, small class, and one-to-one curriculum system, and change the placement of conversion as the main purpose to objective publicity. Brands, to strengthen brand awareness-focused placement.

Only in this way can online education adapt to normalized supervision and competition.

editor - April 17, 2021 0
The logistics industry in Germany is surprisingly well with the pandemic. Many companies are even pointing to growth. However, challenges also await. By...