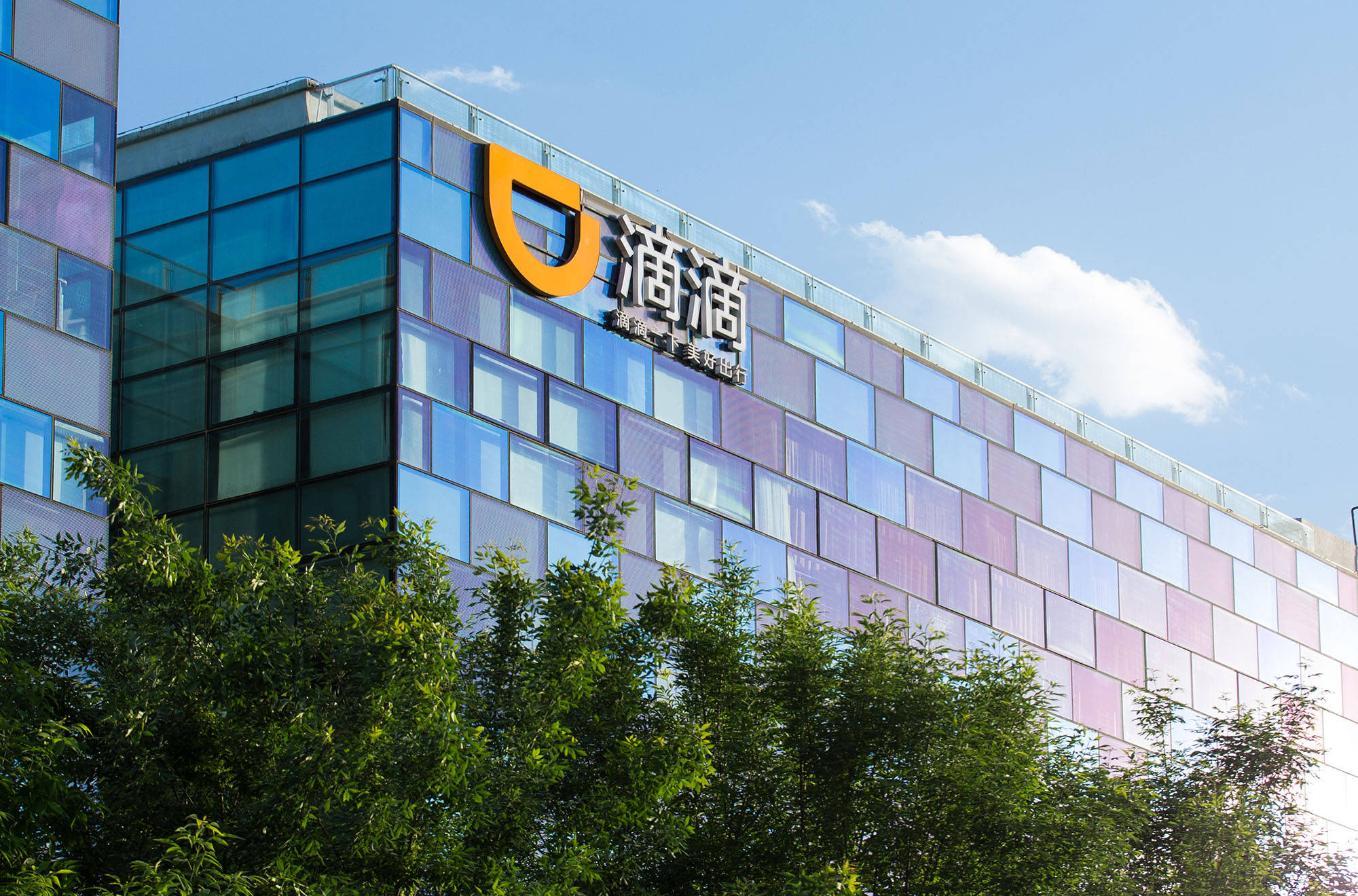 The listing rumors have been brewing for more than three years. In the morning of June 11, Didi finally submitted a prospectus and launched an IPO in the United States.

According to the prospectus, Didi’s stock code is “DIDI”, with Goldman Sachs, Morgan Stanley, JPMorgan Chase, and China Renaissance Capital acting as underwriters.

Since its establishment, Didi has gone through 22 rounds of financing with a total financing amount of nearly 80 billion yuan, making it a well-deserved financing expert.

However, from the perspective of performance, Didi’s online car-hailing seems to be huge, but only has a meager profit of 3.1%; international business is still losing money, and there are large variables due to the epidemic; new businesses such as freight and community group buying have just started. It is still a “cash-burning” machine, and profit is far from expected.

Among various expenditures, operating costs account for a large proportion, mainly commissions and subsidies paid to drivers. In the past three years, Didi’s gross profit margin was 5.5%, 9.8% and 11.2%, showing an upward trend year by year.

Although as of the end of last year, Didi had 15,914 full-time employees worldwide, including 7,110 R&D employees, which accounted for 44.7% of R&D employees, the proportion of Didi’s technology and R&D related expenses was not the highest: last year it was 63.2 100 million yuan, accounting for 4.46% of total revenue. Finally, operating and support expenses are 4.70 billion yuan, accounting for about 3.32% of revenue.

In terms of operations, in the 12 months ending March 31, 2021, Didi has been operating in more than 4,000 cities and towns in 15 countries around the world. The total transaction volume of the whole platform is 341 billion yuan, of which Didi’s core platform GTV (referring to GTV in China’s travel and international markets) reached 244.2 billion yuan. With the exception of community group buying, the average daily order volume of all businesses reached 41 million, the annual active users reached 493 million, and the annual active drivers were 15 million.

However, the current progress is still far from the “0188” plan released by Didi in March last year. The “0188” plan shows that Didi will serve more than 100 million orders per day during the three years from 2020 to 2022, with a penetration rate of more than 8% for all domestic trips, and a global service user MAU of more than 800 million.

What is more worrying is that in Didi’s “main battlefield” Chinese market, the number of orders has shown a downward trend year by year, and the customer unit price has not increased significantly.

The number of Didi orders in the Chinese market dropped from 8.79 billion orders in 2018 to 8.67 billion orders in 2019 to 7.75 billion orders. However, this trend also has business adjustments and environmental factors. In 2019, Didi discontinued its ride-hailing business. Under the new crown epidemic in 2020, people will go out less frequently, and Didi has also suspended cross-city orders and ride-sharing services. In terms of customer unit prices, they were 23.3 yuan, 23.3 yuan and 24.4 yuan respectively in three years.

The rake puzzle: online car-hailing profit margin is only 3.1%

After the ride-hailing incident occurred in 2018, the outside world had a lot of discussions about Didi. In addition to inadequate security measures, the question of Didi’s profitability was the most acute.

Just when everyone thought that Didi was earning a lot of money, some media broke the news that Didi had “a total loss of 10.9 billion yuan in 2018 and a driver’s subsidy of 11.3 billion yuan”, and “the total loss in the six years of its business has exceeded. 40 billion yuan”.

Entering 2020, discussions on Didi’s high commission rate remain high, with some drivers claiming that the commission rate for some orders has even reached more than 30%. In response, Didi issued a statement stating that the proportion of such “extreme rake orders” was 2.7% last year, and it has now been reduced to 0.03%. The next step will allow this number to continue to decline until it is completely eliminated. Today, Didi has launched a transparent billing function, and drivers can view the flow of funds for orders in the past 7 days.

As a matter of fact, the situation regarding the commission of the online car-hailing business can be seen in the prospectus.

Look at the whole first. The prospectus shows that from 2018 to the first quarter of 2021, drivers from around the world earned more than 600 billion yuan in revenue on the Didi platform. In the Chinese market, in the online car-hailing business in 2020, the total revenue and incentives received by drivers will reach 117.4 billion yuan.

In the prospectus, Didi detailed the financial status of Didi in China’s travel market in 2020.

Earlier, on May 7, Didi car-hailing issued a statement on the “rake”, stating that in 2020, Didi car-hailing drivers accounted for 79.1% of the total payable by passengers. Of the remaining 20.9%, 10.9% are passenger subsidies, 6.9% are corporate operating costs (technology research and development, servers, security, customer service, manpower, offline operations, etc.), taxation and payment handling fees, etc., and 3.1% are online appointments Net profit of car business.

The slow revenue growth and the meager profit of domestic online car-hailing have forced Didi to find the next growth point. 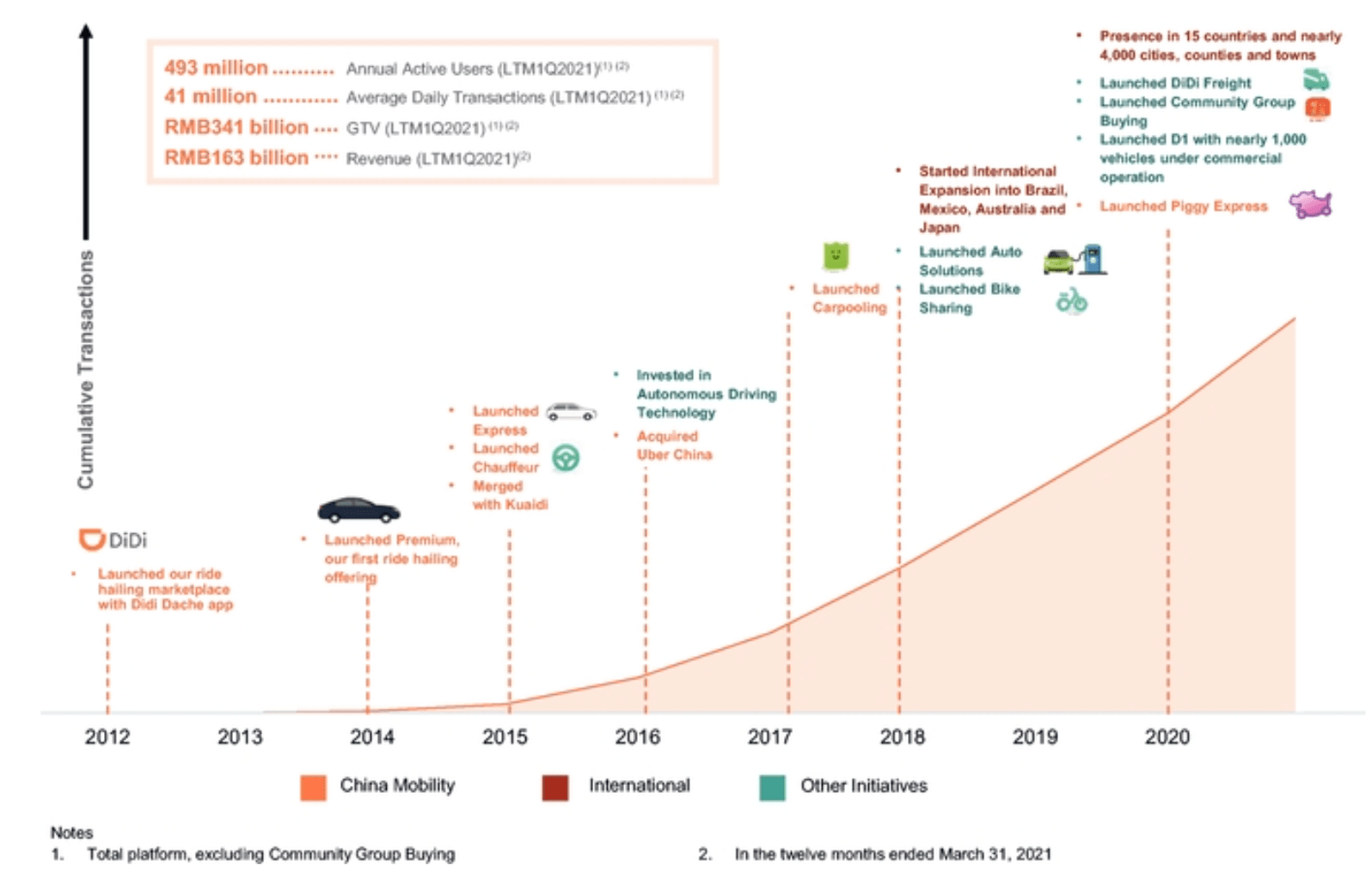 In 2018, Didi began its international expansion, trying to replicate its experience in the Chinese market to the world, and was the first to enter Brazil, Mexico, Australia, and Japan. Prospectus data shows that Didi currently has operations in 15 countries around the world.

However, in the case of China’s local online car-hailing is only a meager profit, it is conceivable that it is difficult for the international business to make a profit, especially in the context of the new crown epidemic in foreign countries where there are still large variables. From the beginning of 2018 to the first quarter of this year, Didi’s international business losses have accumulated more than 10 billion yuan.

But one problem is that a series of new businesses such as shared bicycles and motorcycles, car services, freight transport, autonomous driving, and financial services only brought Didi 5.76 billion yuan in revenue last year, but at the same time it brought more than 8.8 billion yuan. The loss is more than twice the profit of online car-hailing.

It is worth noting that these new businesses have completed independent spin-offs and financing in the first half of this year.

In the first quarter of this year, Didi Freight received US$1.5 billion in Series A financing, the latest valuation is US$2.8 billion, and Didi currently holds 57.6% of the shares;

Didi’s autonomous driving company has completed a US$1.5 billion Series A financing, with a valuation of US$3.4 billion, and Didi’s shareholding ratio is 70.4%.

Orange Heart Optimal conducted A1 and A2 rounds of financing in March this year. Among them, the A1 round of SoftBank Vision Fund injected US$900 million and the rest of the external investors injected US$100 million; the A2 round was funded by the management of about US$200 million, and the financing was completed. After Didi’s equity fell to 32.8%, it was no longer consolidated. However, in the A2 round, Orange Heart Pride issued USD 3 billion of convertible bonds to Didi. Didi has the right to convert the bonds into stocks before the expiration date of the convertible bonds and become the controlling shareholder of Orange Heart Pride again.

Although these new businesses are at a loss, it is not difficult to see how much Didi attaches importance to internationalization and new businesses from the purpose of fundraising: 30% of the funds raised are used to expand business in international markets outside of China; 30% The raised funds are used to improve technical capabilities including shared travel, electric vehicles and autonomous driving; the remaining about 20% will be used to launch new products and expand existing product categories to continuously improve user experience.

Today, Didi’s listing process has begun, but it will take more time to wait for these new businesses to grow into the next “ace” besides online car-hailing.

US declares state of emergency after cyberattack on fuel pipeline

Theo Reuters - May 20, 2021 0
The US has just declared a state of emergency in 17 states and Washington, DC after the fuel pipeline system of Colonial Pipeline company...