In TWICE’s new MV ‘Alcohol-Free’, the stylist has cut many scarves of luxury brands like Hermès and Louis Vuitton to design clothes for 9 girls. But recently, on the show ‘Music Bank’, netizens discovered that TWICE’s stylists even used towels of these brands to make dresses.
TWICE just released a new MV Alcohol-Free , undeniable stylist TWICE’s this time has shown outstanding hard work when cutting and redesigning most of the 9 girls’ outfits.

MV Alcohol-Free TWICE in terms of visual effects is really eye-catching. The girls dressed in colorful costumes and danced happily in the spirit of a vibrant summer. Right from the moment the picture was released teaser , netizen was surprised because stylist TWICE’s boldly cut scarves of all famous fashion houses such as Hermès, LV, Versace … to sew them into costumes for the girls. Valuable towels are not cheap, but are mercilessly cut to pieces. But in return, it must be recognized that the 9 TWICE girls had beautiful costumes, showing off their slim bodies and beautiful beauty. 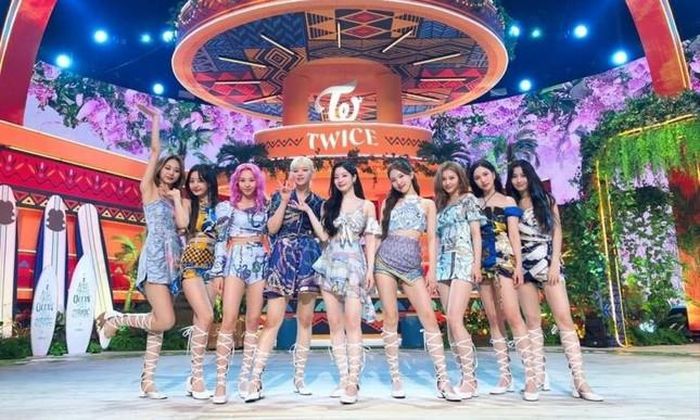 I thought TWICE would wear the clothes from the MV to perform in domestic music shows to promote Alcohol-Free , but recently netizen got a “flat eyes” again when witnessing TWICE’s new series of clothes in show Music Bank. Stylist continues to use the towels of the luxury fashion house Hermès to make dresses for TWICE girls. 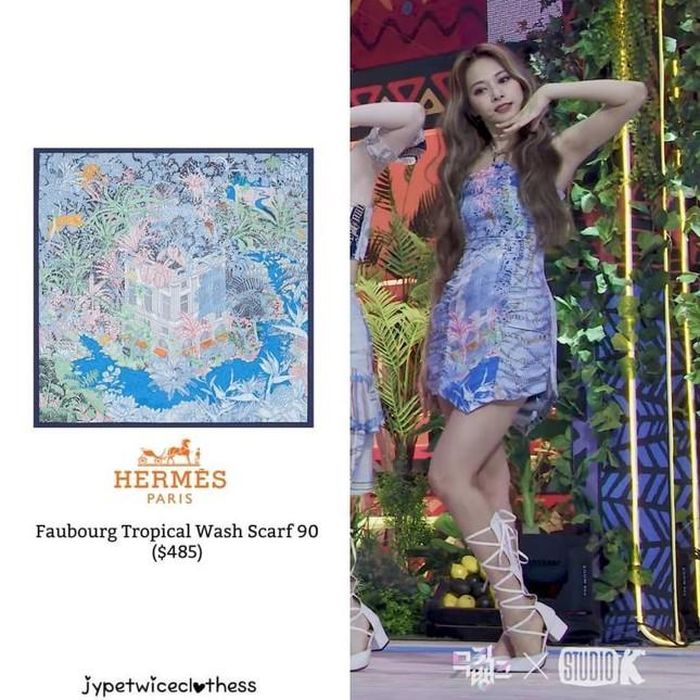 This dress of Tzuyu is made from at least 3 Hermès scarves, each costing more than 11 million VND. 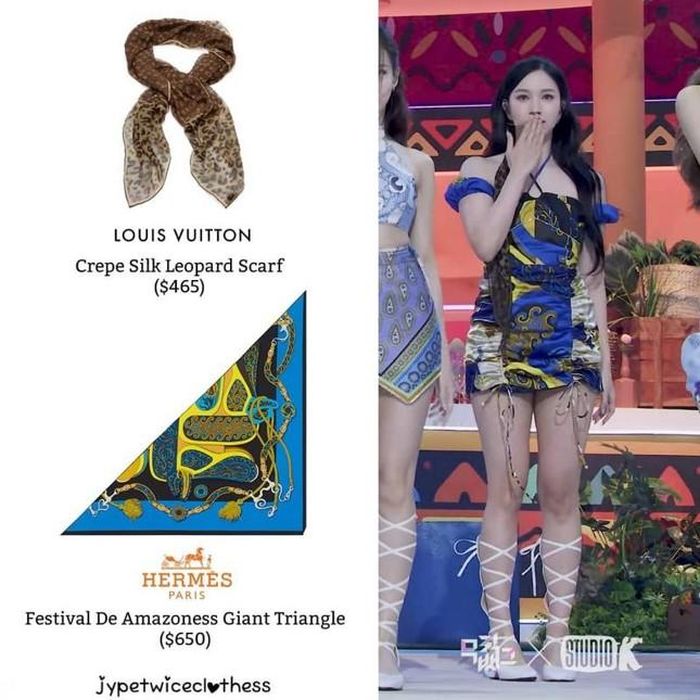 Mina’s dress also has to use at least 4 towels because the type of towel to sew this dress model is a triangle, and it is also not cheap, about 15 million.

Chaeyoung’s set of clothes is also quite complicated and probably can’t use less than 3 towels to sew. Each sample towel costs about 10 million VND.

This one-piece and slightly spread skirt of Jeongyeon is estimated to have to be sewn from 4 scarves, each costing about 12.6 million VND.

Dahyun also has a very beautiful set of clothes made from two different towels, but surely the number of towels used for this set cannot be less than 4. 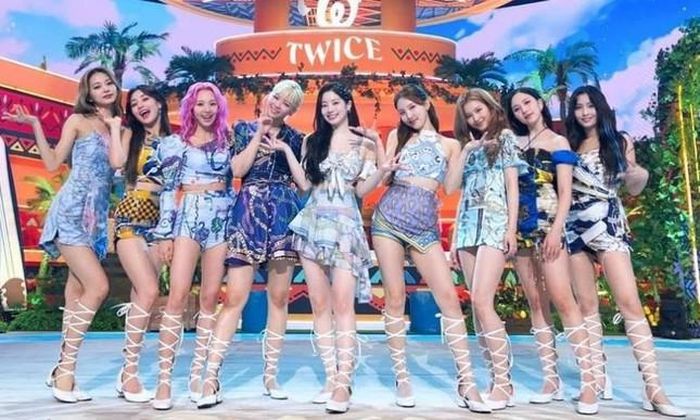 Netizens despite praising the creativity of stylist TWICE’s family, but also constantly admiring that the choice of fabric is too luxurious. Some people even question whether stylist used goods superfake , because it’s hard to distinguish when cut out and sewn on, and this set is only worn by TWICE for one show acting, the ability to wear again is very rare. However, this is only a guess of a part of the audience.

Bored of the super car, Cuong Do bought a unique motorbike...

editor - April 22, 2021 0
Recently, Dam Thu Trang shared a happy family moment with the caption: 'Chin walked the streets last weekend'. However, what attracts the attention of...