Due to difficulties in development and production, the T-14 Armata may have to cede its position to the mysterious Burlak, cheaper and easier to manufacture, according to a leaked source. formidable opponent for NATO.
Burlak prototype with T-72B chassis

Burlak (named after the famous Russian river tug prior to the 20th century) is a program spanning 2005-2009 by the KBTM design bureau in Omsk, tasked with developing a modern combat turret for Modular two-man (commander and gunner), which can be used on a variety of main battle tank (MBT) chassis, including the T-72, T-80 and T-90 series, to replace the to replace the MBTs in the Soviet era in 2025. It is the result of a competition between KBTM Omsk and Uralvagonzavod (UVZ) and KBTM Omsk won by its lower cost estimate; using a lot of experience from previous development programs (most notably from the tank codenamed the Black Eagle); At that time, KBTM Omsk was in financial trouble and the program was actually a government subsidy to keep it going. 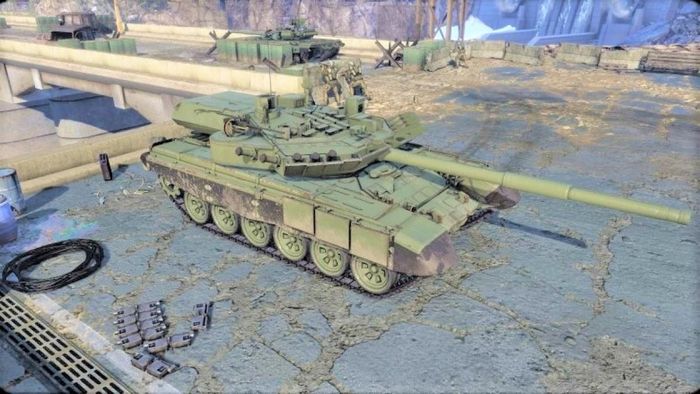 The Burlak turret was developed in the 2010s to utilize the T-72, T-80 and T-90 chassis; Source: aw.my.games A unified turret was developed, including a new automatic reload mechanism for the main gun from an internal turret rack (the T-72/90 and T-64/80 series do not have the same reload mechanism This design will remedy that, eliminating the need to manufacture spare parts and maintain two different types of systems at the same time). The turret was essentially the same as the T-90A, except that it had a large frame with explosive reactive armor (ERA), which was different from the conventional Russian Kontakt-5 design. The ERA panels protrude from the bottom to the top instead of from top to bottom, creating a very special look that is hard to confuse with any other design. The armor is also highly modular and easy to replace in combat, or even upgraded to more efficient ERA designs coming in the future. ERA installed is a system called Kaktus. The turret will be divided into three separate compartments (for the gunner, commander, and gunner), increasing protection without increasing any size and with a minimal increase in mass. Additional protective measures include the option of installing an Active Protection System (APS) for Shtandart hard destruction from Object 195 and a smoke grenade launcher. The automatic loading mechanism is located outside the combat compartment; Any fires or explosions will not damage the interior of the vehicle or put the crew at risk. All mechanisms are housed in the turret to ensure the turret can be used on a variety of hulls. 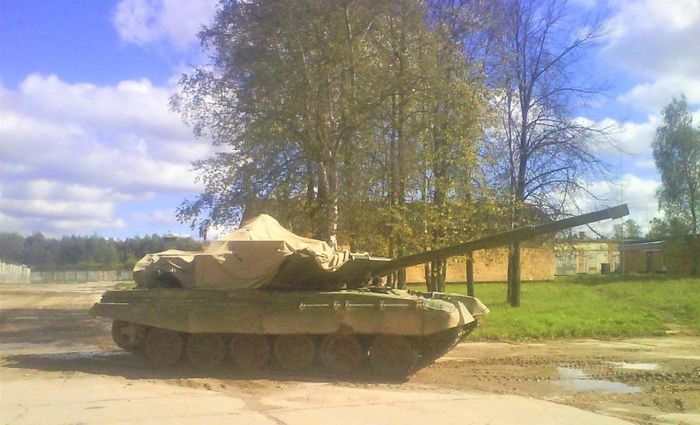 A Burlak prototype on a T-72B chassis was built and tested in the late 2010s; Source: aw.my.games The turret was intended to be equipped with a 125 mm 2A46M-5 smoothbore gun (the same type used on the T-90A after 2005) and designed to mount modern optical equipment (also from the T-90MS or even T- 80BVM); The remotely controlled 12.7 mm Kord anti-aircraft gun is located on the right side of the turret. The commander has a panoramic view system at his disposal. The design was overpowered from 2008-2009 and the appearance of the turret caused quite a stir at the time, especially in Ukraine, where many experts loudly accuse Russia of copying armor. -module from BM Oplot. The T-90A Burlak has a rack with two special ammunition types where both rounds have separate reload timers. In terms of portability and other parameters, the T-90A Burlak will perform almost the same as the standard T-90A. With a weight of 49.5 tons (this is an extremely important requirement due to the limitations of Russian transport aircraft), it will be powered by a 1,130 horsepower engine and a top speed of 65 km / h. At least one prototype was built and tested on a T-72B chassis in 2008 or 2009, although there are significant differences from previous drawings and patents. At the time, the Omsk Design Office, facing long term financial difficulties, was finally incorporated into UVZ. UVZ has two competing projects more or less at the same time – the Burlak program and its own variants of the T-90M Proryv-2, namely the T-90MS. Under these circumstances, the Burlak project was not considered feasible; At the end of 2009, the program was stopped. T-14 Armata alternative candidate? In June 2015, the Russian Government announced that the Armata is designed to replace the older T-72B3 and T-80 tanks in Russian Ground Forces equipment. Moscow plans to build 2,300 Armata vehicles by 2020, enough for about eight divisions of tanks and motorized infantry. Equipped with new engines, dual-reactive armor, lower radar cross-sections and the Afghan active defense system, NATO sees Armata as a formidable new threat. 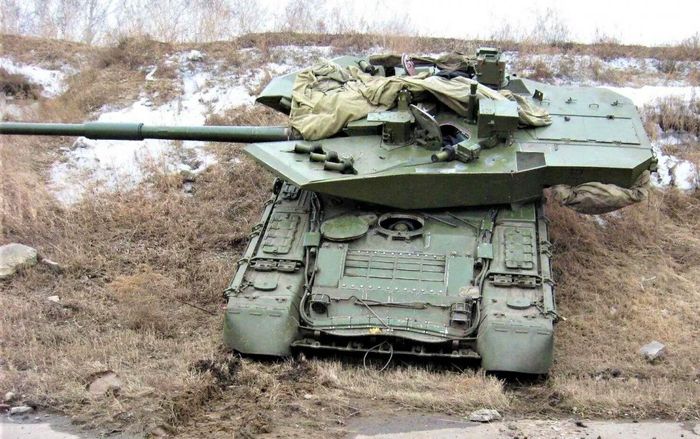 When the Armata program faced some difficulties, Burlak was a good candidate to replace the T-14 Armata because it was more affordable and easier to manufacture, while the combat performance was almost comparable; Source: reddit.com But despite many efforts, the Armata project ran into financial and technological difficulties that slowed development. Today, the Russian Army does not have Armata tanks, deliveries are promised later this year. A Russian military blog that recently discovered the Burlak tank design, which appeared to have lost to Armata in the late 2000s, would be an interesting compromise to make use of the old tank stock and existing tank technology gives Russia an almost as good a vehicle as Armata. The T-80 was considered a failure, as its gas turbine electric motor was unreliable, but Russia built around 3,000 T-80s, and hundreds (if not thousands). Among them are still being stockpiled across the country. A new and refurbished dynamic complex could become a spacious home for the Burlak turret. Can Burlak replace Armata in Russian tank divisions? One feature that makes the Burlak more affordable and easier to manufacture than the Armata is its use of the T-80 tank frame. The Burlak is also armed with powerful weapons, and its lower cost and reduced risk certainly make it attractive. And while the Burlak will not have the same body protection as the Armata, the explosive reactive armor plates and the Afghan active protection system can help make a difference. It is worth noting that the appearance of the tank turret underwent a number of changes, which shows that the Burlak program has received a new step in development. Such an upgraded tank would lack some of the T-14’s advanced features, but it would certainly be more affordable, while Russia could quickly produce hundreds. Having still good modernized tanks seems more appealing than waiting for a few more advanced T-14s to show up.

Samsung is about to launch Galaxy Z Fold3 and Galaxy Z...