Home Travel The beauty of the land of Nervous

Preserving cultural and historical values ​​for hundreds of years, the ancient capital has a strange attraction in the eyes of nostalgic lovers. 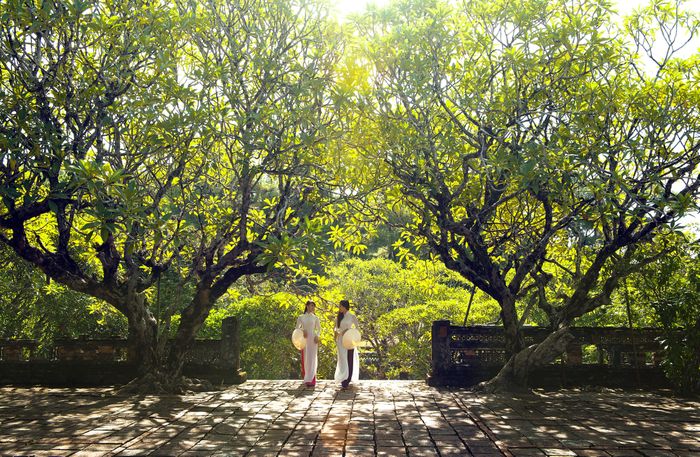 “The road to Hue is around. The green mountains and the water are like a picture”. As the old saying goes, the place of period attracts visitors by its charming landscape paintings mixed with contemplation, characterized by ancient architectural works in the shadow of time. The Complex of Hue Monuments is the first World Cultural Heritage of Vietnam, recognized by UNESCO in 1993. Photo: Le Huy Hoang Hai. 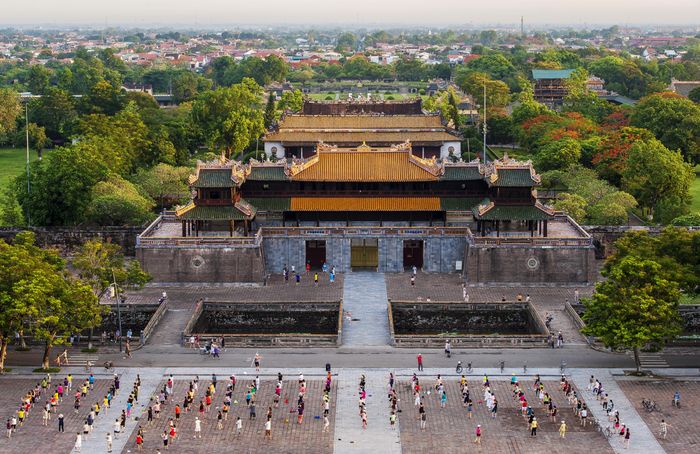 Arriving in Hue, visitors seem to go back in time to the ancient world, where the Nguyen Dynasty used to be the capital for 143 years. Hue began to become the capital of the Nguyen lords from the 16th century, associated with mystical stories. Hue’s nickname of the land of God began to appear from the Nguyen Dynasty. According to cultural researchers, Neuro is a compound word between “capital” and “mystical”. Therefore, the land of Tinh means “mystical capital”. Photo: Le Huy Hoang Hai. 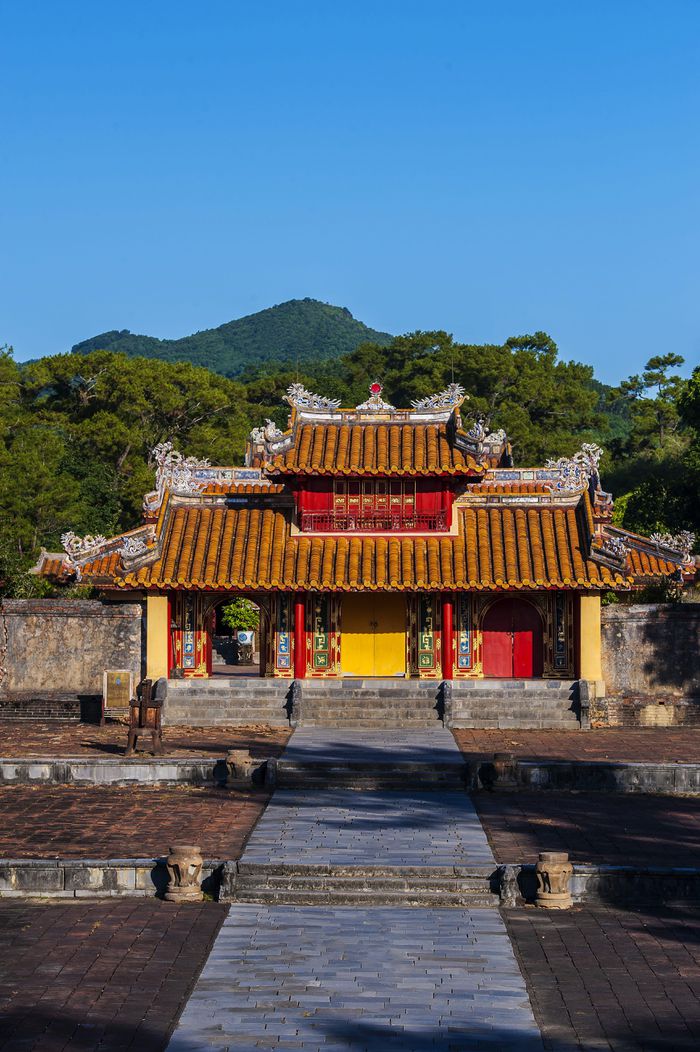 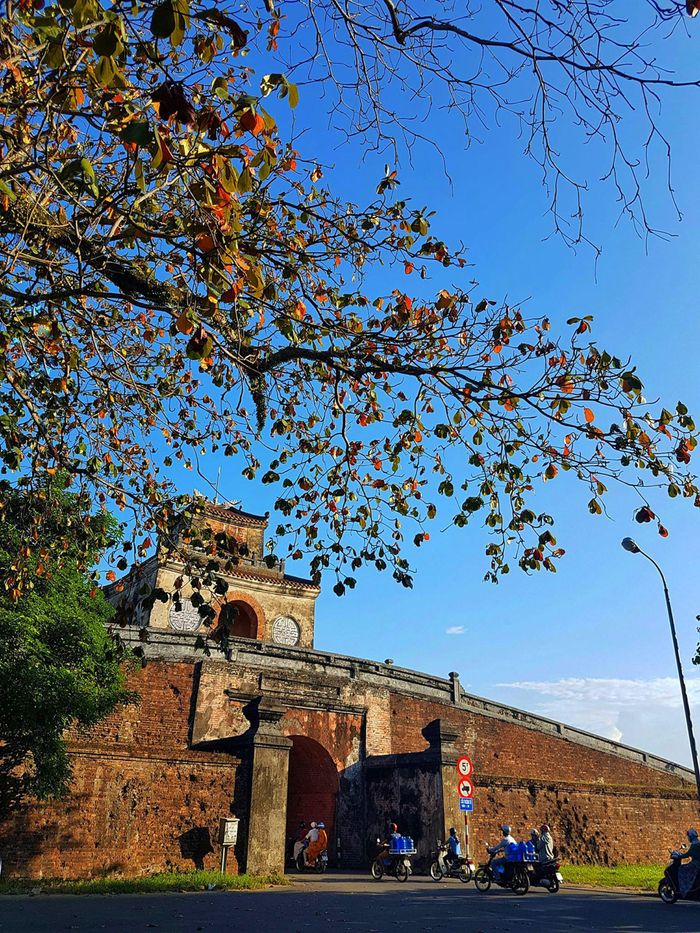 The complex of Hue monuments are historical and cultural relics built by the Nguyen Dynasty from the early 19th century to the first half of the 20th century, including construction items inside and outside the Hue citadel. The cultural heritages in the citadel include Ky Dai, Long An Palace, Hue Museum of Royal Antiquities, Tinh Tam Lake, Tang Tho Lau, Xa Tac instrument… Photo: Le Huy Hoang Hai. 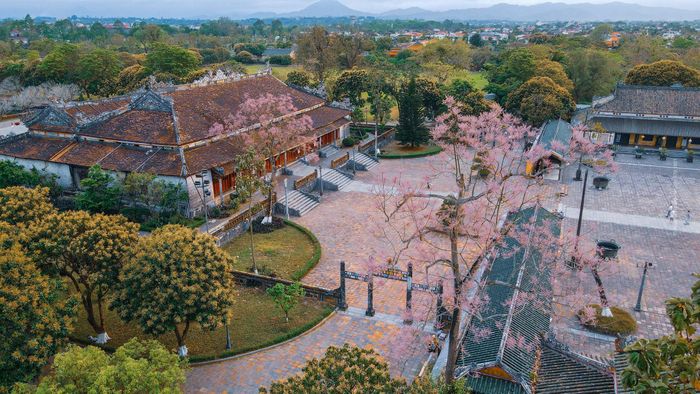 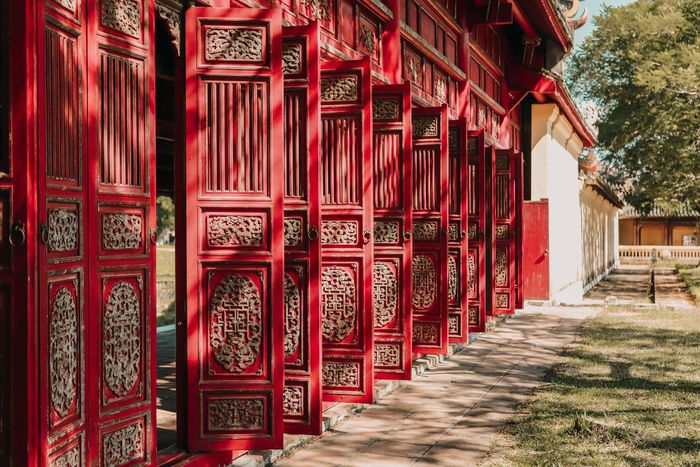 Located on the main axis of the Imperial Citadel, between Ky Dai and Nghinh Luong Dinh, Phu Van Lau is a unique architectural work in the complex of relics of the ancient capital. This is the floor to keep the documents of the Nguyen Dynasty, where the king’s decrees or the results of the competitions of the Association and the Dinh are listed. On rainy days, this place is even more bold and ancient. Image: Le Huy Hoang Hai.

Referring to Hue, it is impossible not to mention the majestic mausoleums such as Gia Long, Khai Dinh, Tu Duc… The works are still preserved quite intact, harmoniously combining the royal architecture with bold Asian style. and modern western style. The frame layout creates a special impression in Hue architecture. Photo: Le Huy Hoang Hai. 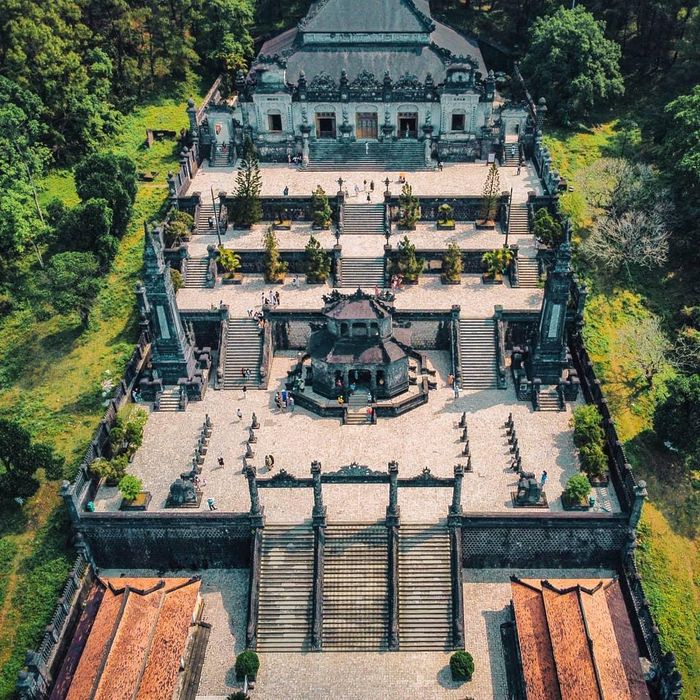 More than 10 km from Hue city, Khai Dinh mausoleum was the last work of the Nguyen Dynasty. This is also the mausoleum with the most unique architecture in the ancient capital, showing the interference of two cultures East – West. The mausoleum is not too large. The impressive point that attracts visitors is the rectangular block architecture with 127 steps and the sophistication and sophistication in each carved line and pattern. Image: Pilgrimagevillageresort. 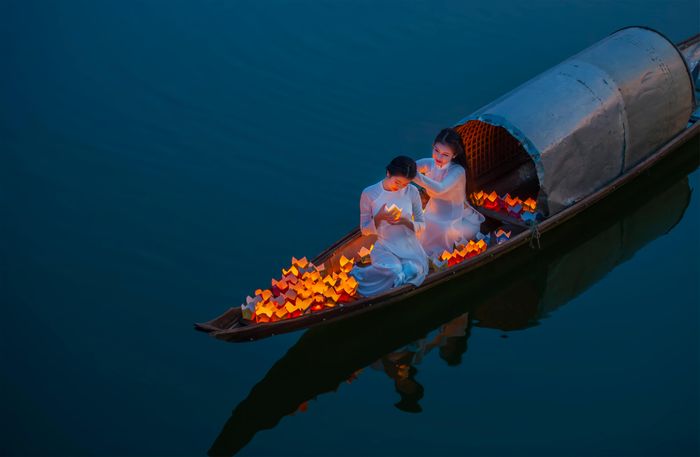 Huong river is a famous landmark of the heritage city. Hue’s natural masterpiece has long been an inspiration for poetry and music compositions… On big festival nights, you can get on a boat down the Huong Giang river, drop flowers to pray for peace. The scene of shimmering, fanciful waves at night gives you interesting experiences compared to the daytime. Image: Le Huy Hoang Hai. 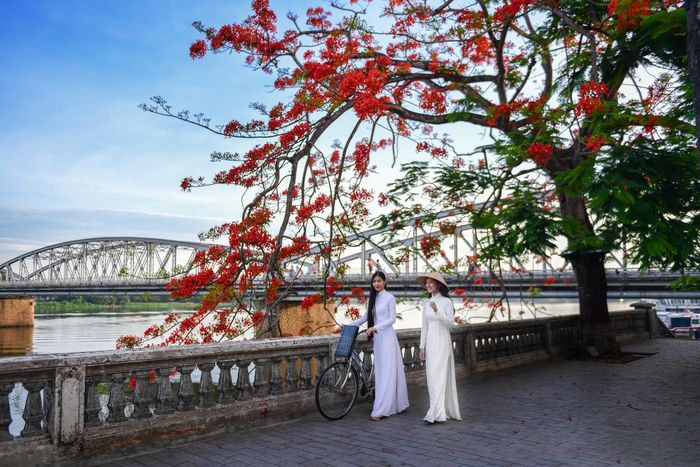 From Trang Tien Bridge (or Truong Tien), you can admire the beauty of the Perfume River up close. The bridge “6 and 12 spans” connects the north and south banks of Hue city, is a charming highlight for the Huong Giang river. The symbol of the ancient capital is built of steel, more than 400 m long, with a beautiful design in Gothic architectural style. The rows of red phoenixes every summer make this place an unforgettable scene. Image: Le Huy Hoang Hai. 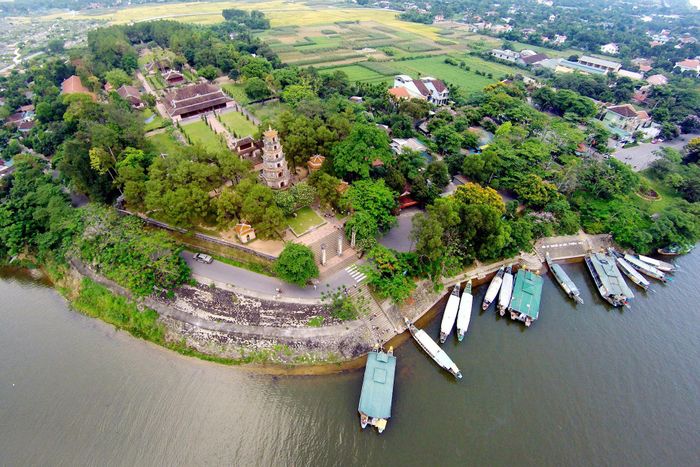 Thien Mu Pagoda (Linh Mu) is located on Ha Khe hill, on the left bank of the Perfume River. The pagoda stands out with the towering Phuoc Duyen tower, surrounded by green nature. After coming here to worship, you can go down to the waterfront in front of the temple, get on a dragon boat to travel along the Huong Giang river. Image: Le Hieu. 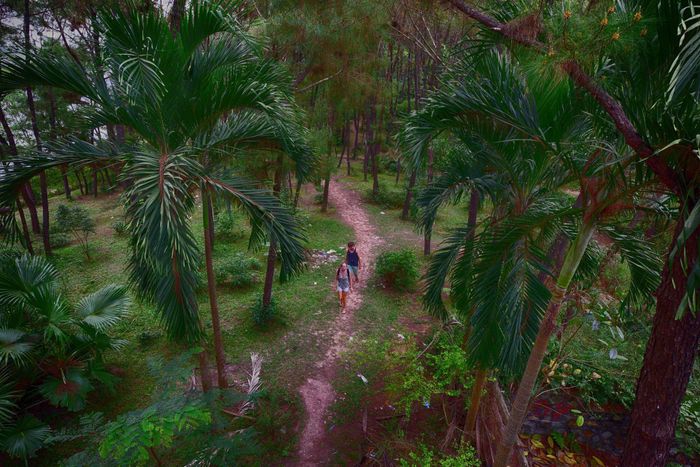 At the beginning of 2016, the newspaper HuffingtonPost (USA) has published an article about the famous abandoned water park in Hue, attracting domestic and foreign tourists to check-in. That is Ho Thuy Tien Park , a place that hides the ghost, the strange, attracts the adventurous and adventurous souls. Image: Le Huy Hoang Hai. 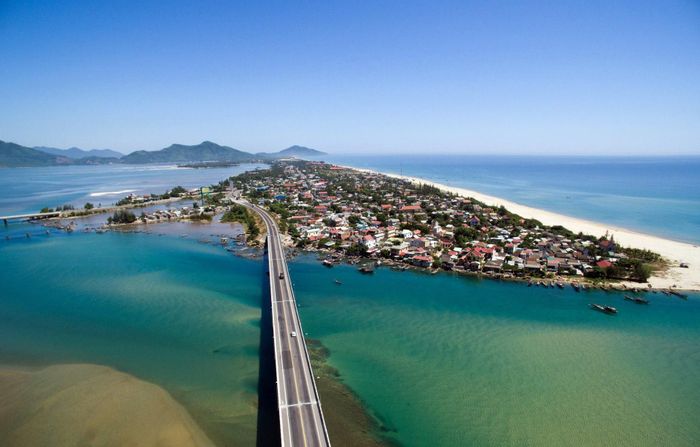 If you have “worn your feet” in familiar places in Hue City, visitors can move further to the sea. Lang Co (Thua Thien Hue province). Sitting on the sand, listening to the soothing sound of the waves, watching the bay and blue horizon, visitors have unforgettable emotions when they are immersed in the nature of Hue. Image: Le The Thang.

‘My first visit to a cocktail bar in HCMC’

Trang Minh - May 17, 2021 0
Bar and pub culture has begun to develop in Vietnam in recent years. However, many young people still feel strange and hesitant when entering...