The policy on excise tax and registration fee is being considered by the Ministry of Finance, and is expected to be submitted to the Government and the National Assembly to amend a number of contents to encourage production and consumers to use electric cars. 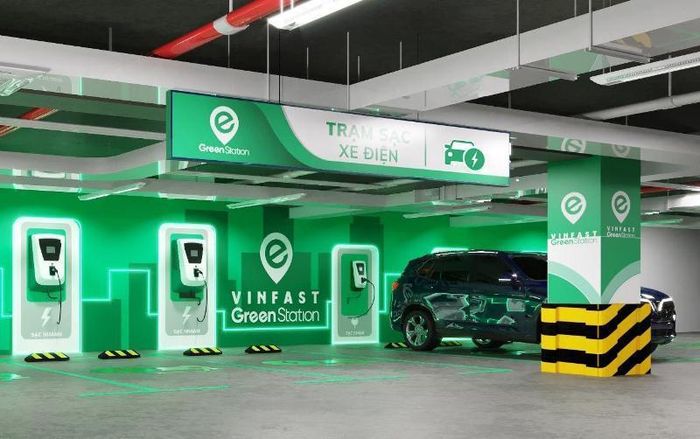 VinFast is building electric car charging stations The Ministry of Finance has just sent a document to the Ministry of Industry and Trade, the Ministry of Justice, the Ministry of Natural Resources and Environment and the Ministry of Transport, to respond to tax incentives for battery electric cars. Proposals for tax incentives only mention battery electric vehicles (BEVs). Currently, according to statistics, battery electric vehicles account for about 1% of electrified vehicles in Vietnam. Electric vehicles include many types of vehicles. In addition to gasoline-powered vehicles combined with electric energy (including HEV, PHEV) and Hydrogen-fueled cars (FCEV), there are currently BEV (pure electric) battery electric cars. Completely electrically charged from an external source. The two types of hybrid vehicles move mainly with internal combustion engines, in parallel taking advantage of the benefits of an electric powertrain consisting of an electric motor with a battery. FCEVs have an advantage over BEVs when the charging time is short, but the production of water makes hydrogen fuel-powered electric vehicles only suitable for island nations, arid areas, and unsuitable for urban areas. big. Meanwhile, BEV battery electric vehicles have a minimalist structure, run short distances, can consume electricity everywhere, have great advantages in urban areas. With three types of vehicles HEV, PHEV and FCEV all use gasoline and gas, so they have more impact on the environment than BEV models. Electric cars are becoming an advantageous choice to replace vehicles using internal combustion engines, especially battery electric cars (BEVs). Many countries around the world have had preferential policies and tax support to prioritize the development and production of battery electric vehicles. According to the Ministry of Finance, Vietnam has a number of preferential policies for electric vehicles. Accordingly, electric cars carrying passengers with less than 9 seats are entitled to the special consumption tax rate of 15% (ie 10% reduction compared to cars of the same type using fossil fuels; 10-16 seats are allowed to be used for cars of the same type using fossil fuels. tax rate of 10% (5% reduction compared to cars of the same type running on gasoline) and the tax rate of 16 to less than 24 seats is applied at the tax rate of 5% (5% reduction compared to cars of the same type running on petrol). At the same time, the Law on Special Consumption Tax No. 27/2008/QH12 also stipulates the special consumption tax rate for environmentally friendly vehicles. Specifically, vehicles running on gasoline combined with electric energy and bioenergy, in which the proportion of gasoline used does not exceed 70% of the energy used by the vehicle, is entitled to a tax rate of 70% for vehicles of the same capacity. species. For cars running on bio-energy, the special consumption tax rate is only 50% compared to cars of the same type. Meanwhile, about the current registration fee, there are only preferential rates for buses using clean energy while there is no policy applicable to other environmentally friendly vehicles. To encourage production and stimulate consumers to use BEVs, contributing to reducing the emissions released into the environment by vehicles, contributing to the protection of the ecological environment and based on the outstanding advantages of vehicles. BEV, the Ministry of Finance is planning to propose new incentives for this model. 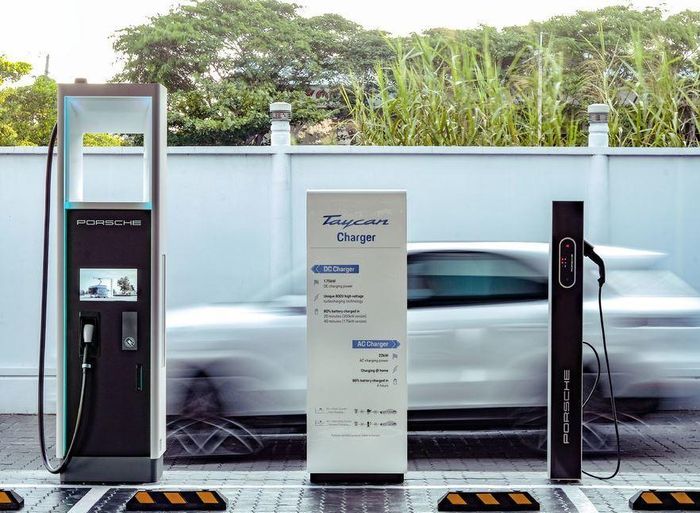 An electric vehicle charging station in Ho Chi Minh City Specifically, incentives related to excise tax fall under the jurisdiction of the National Assembly. Therefore, the National Assembly must amend the excise tax law. The Government has also assigned the Ministry of Finance to preside over the overall assessment of the implementation of the excise tax policy on automobiles in the past time to study and amend the excise tax law accordingly. Regarding the registration fee under the authority of the Government, when there is a need to change, it will amend and supplement Decree No. 14/20216/ND-CP on registration fee. The Ministry of Finance said that in the past time, it has also received recommendations from a number of associations on adjusting registration fee rates to remove difficulties for businesses. Therefore, the Ministry of Finance is also evaluating the overall policy on registration fees and is expected to submit it to the Government in October. The Ministry of Finance also asked agencies to propose specific content on special consumption tax incentives and registration fees related to battery electric vehicles to summarize and report to the Government. Battery-powered electric vehicles currently account for a very small percentage in Vietnam. According to data from the Vietnam Automobile Manufacturers Association (VAMA), the number of electrified vehicles registered in Vietnam is still very modest, accumulating just over 1,000 units by the end of 2020. of which BEVs only account for about 1%, the rest are HEV and PHEV models. According to the Ministry of Finance, currently only VinFast invests in producing electric vehicles, according to reports, VinFast has now launched the first battery-powered electric car model. The factory has a capacity of 250,000 vehicles per year and the brand is focusing on battery electric vehicles with 9 seats or less and electric buses with 24 seats or more. Also according to the Ministry of Finance’s assessment, the biggest obstacle facing Vietnam today is the lack of charging station infrastructure, the main source of power for power supply is using fuel sources with high CO2 emissions, accounting for nearly half of the total mobilized electricity output, while the electricity generated from renewable energy accounts for a small proportion, about 4.3% and this is considered an unstable power source.

editor - May 16, 2021 0
This can be considered a certificate of not having COVID-19. The European Union (EU) hopes this pass will help member states open up the...