Home Travel The cat followed the couple to the top of the Swiss mountain...

At 4:30 in the morning, at an altitude of 1200m, they were very scared and confused when they heard a cat meowing in the dark forest. 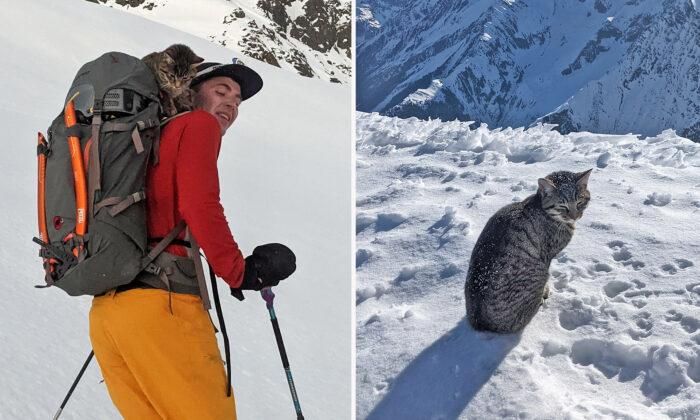 The cat on the cold snowy mountain. After observing, they saw a small cat on the side of a mountain. This cat has wandered in the footsteps of hikers to the top of the mountain. “The cat followed us all the time, even when we were walking uphill. We also couldn’t leave it alone, so it went with us to continue the journey up to an altitude of more than 3000m,” said Cyril. 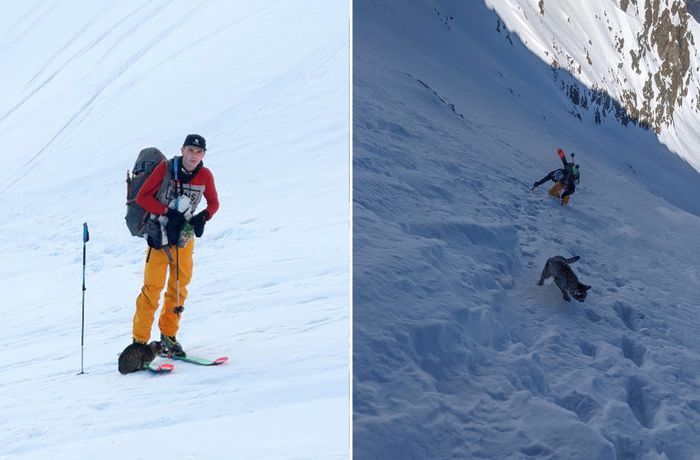 Fortunately, he was caught by the couple Cyril, Erik Rohrer. At one point, the cat shivered from the cold, and its paws began to bleed from the snow. Hikers knew he was too tired to continue walking, and carried him with him when he was exhausted. “At that time, I was really confused and felt sorry for the little cat if I left him. It was exhausted on the side of the mountain, just below the top of the mountain,” Cyril recounted. Fortunately, another group of hikers reached the top of the mountain before Cyril and Erik Rohrer, when they returned to meet the couple and the cat. They managed to bring the cat back to the valley and reunite it with its owner.

The couple and other hikers brought the cat back to its owner. It was later discovered that the cat had been missing for four days, two days before it went with Cyril and Erik to the top of the mountain, it had also followed other groups. Cyril said: “So the little cat has been to the top of the mountain 3 times! Animals can do strange things and they are tougher than humans. They will never give up, even though they are badly injured themselves. “. His metal ( according to Epoch Times)

Tourists flock to the Zoo and Botanical Garden to celebrate the...

Chang Chang- Uyên Phương - May 13, 2021 0
On April 21, thousands of people flocked to the Zoo and Botanical Garden for entertainment and entertainment on the occasion of Hung Vuong's death...