Having endured for decades through several seasons of drought, residents of Banaba Island are facing a problem of using polluted water – the result of over-mining in the past.
The last real rain on the island of Banaba, which is part of Kiribati, was over a year ago. With no rain, people on this isolated island in the middle of the Pacific Ocean are forced to use a desalination plant to have water for drinking, living and farming, according to the report. Guardians.

However, from the end of November 2020, the factory stopped working. This is like a knife cut into the despair of the nearly 300 inhabitants living on the island. These people are forced to drink contaminated water, fear outbreaks of disease and face the fear of prolonged starvation. Impotent “Skin diseases and diarrhea are widespread, especially among children. We have no choice but to drink contaminated water or salt water,” said Taboree Biremon, a resident of Banaba island. “The kids are not okay because they don’t understand (why do we have to deal with this). They keep asking for the kind of food they never get. We just feel so sad about it but what can we do?” According to Mr. Taboree, it has been 3 months since people have had no fresh water to drink, cannot bathe, have no food other than fish because all crops have died. “We couldn’t sleep either. All we wanted was to find water on the island. We are looking for a way to survive. We were adrift in the sea, lost and no one cared,” Mr. Taboree said. 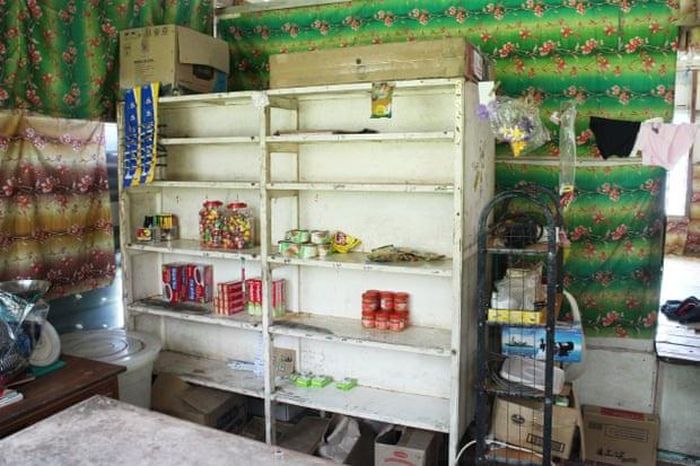 Empty food shelves – a familiar image in many houses in Banaba. Photo: Guardian. A ship from Kiribati – 400km away – docked this past March – providing bottled water and equipment to set up a new desalination plant. But island seniors insist relying on remote support is not feasible and sustainable, especially as the climate crisis worsens. “Dealerization plants are not a long-term solution. As the incident continued, we were in the same impasse again. What the people need is to restore the status of the island,” said Roubena Ritata, a village elder. Banaba leaders are looking for a lasting solution. In fact, there is a solution that their ancestors have worked for decades to survive on this island: the traditional method of drawing water. Reason Elders are writing to the Australian and New Zealand governments asking for assistance in building or cleaning up a network of underground water in the caves, called te bangabanga . Australia and New Zealand contributed to the destruction of the bangabanga te system in the 20th century from phosphate mining. This activity was started by Australian miner Albert Ellis in 1900. Over the next 80 years, the British Phosphate Commission (BPC) – owned by Australia, New Zealand and the UK – exploited Banaba Island so much that about 90% of the island was bare land. “The total destruction (Banaba island) is the result of the activities of these countries. They come, fill their pockets, and leave,” said Katerina Teaiwa, an associate professor at the Australian National University and author of “Ocean Island: The Story of Man and Phosphate from Banaba”. The Banaba has historically survived many severe droughts thanks to caves and water storage. 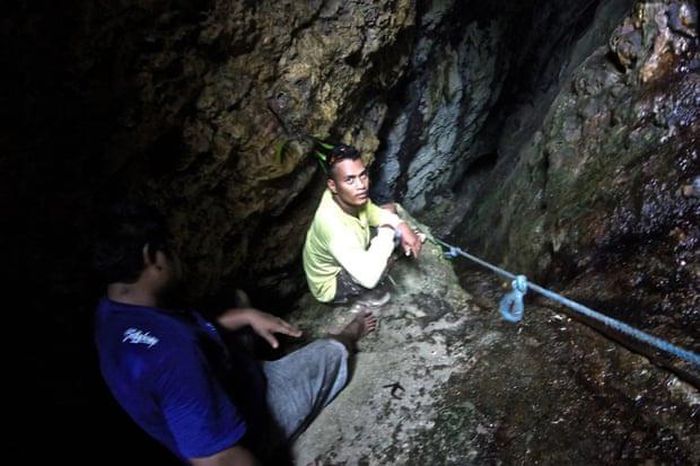 The underground caves are called te bangabanga. Photo: Guardian. However, the elderly residents here claim that almost all of the caves have been destroyed, the remaining few are seriously polluted. “For many people, te bangabanga exist only in stories and dances that have been passed down through generations,” said elder Pelenise Alofa. Historically, only women have been allowed to enter these caves, showing the importance and role of women in the Banaba community. “We performed dances and told the story of how the ancestors found the cave to the young. It’s part of the people of Banaba. I thought these problems would be solved, but they got worse,” said Alofa. The Banaba used to receive a compensation for what they had to endure. In 1976, a group of people sued the UK over the destruction of the island’s nature. The court then ruled that Britain had only a moral debt, not a legal obligation. In the end, the British government decided on behalf of the group to offer the Banaba people a good faith settlement of nearly $7.8 million, on condition that they waive all further legal action. Now, as the drought persists, the Banaba people are forced to continue their search for compensation and find a lasting solution. Looking for justice 6,000 people were forced to migrate from the island to the Fijian island of Rabi. “Banaba citizens living in Fiji and the diaspora in Auckland are eager to return to Banaba and connect with their homeland. But the devastation caused by mining operations leaves people with no other choice,” said Rae Baineti, director of the Kiribati Auteroa Diaspora Director. “As a social activist, I advise the younger generation to stand firm and be brave. I encourage them to dialogue to hold the government accountable for our destruction of land,” he added. 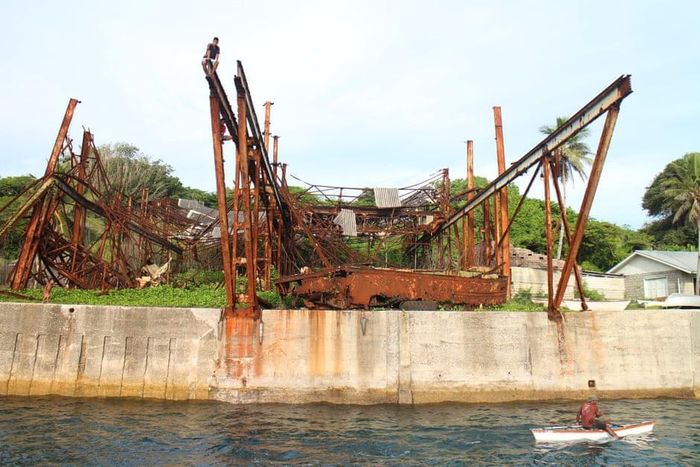 An old cantilever used to load phosphates for ships. Photo: Guardian. Over-mining has also resulted in houses in Banaba being built with asbestos. This substance when inhaled can lead to two deadly diseases, lung cancer and mesothelioma. Mike McRae-Williams, an Australian environment expert with over 30 years of experience in the mining industry, came to Banaba in 2008 to assess the severity of the situation. “This is a serious health hazard to the people who live here,” he said. “Instead of constantly giving stories like ‘poor Banaba people, no water, help them’, we should aim for an approach that is to find a reasonable solution,” said resident Teaiwa. While supporting the emergency rescue effort along with the Kiribati government, a spokesperson for the New Zealand Department of Foreign Affairs and Trade declined to comment on the Banaba residents’ request for New Zealand and Australia to address the root of the crisis. panic. Meanwhile, the Australian Department of Foreign Affairs and Trade did not provide an answer to this issue.