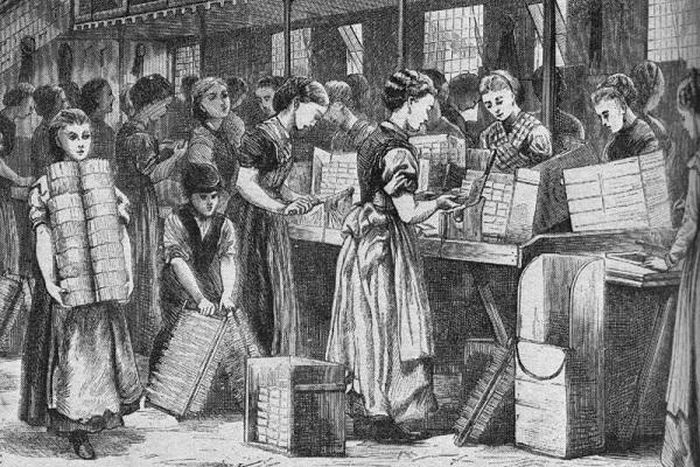 Crowded working conditions in 19th century match factories. Photo: Wikimedia Commons In 1855, a 16-year-old factory worker named Cornelia visited a doctor in New York (USA) because of a toothache in his right lower jaw. The girl said she worked at least 8 hours a day at a match packing factory, for two years, but now her mouth hurts so much that she can’t even eat. Unbeknownst to the patient, she was regularly exposed to the toxic white phosphorus substance, which is used as a match, which caused the terrifying condition on her face, known as the “phossy jaw”. The doctor cut the patient’s gums, removed a tooth and allowed her to return to the factory. But Cornelia quickly returned to see the doctor at Bellevue hospital in a worse condition. A hole had formed in her jaw and was constantly oozing pus. Finally, in a painful and difficult surgery, the doctor removed the entire lower jaw of the patient. Cornelia was just one of hundreds of young women suffering from “phossy jaw” in the early 20th century. 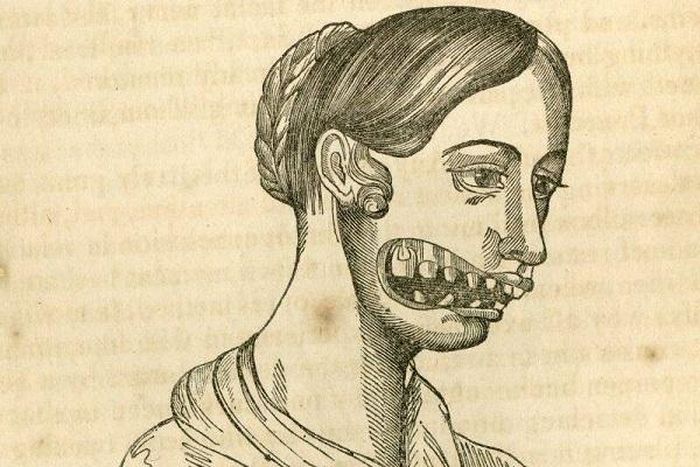 An illustration of a female patient suffering from “phossy jaw” – also known as “matchmaker’s leprosy”. In industrial plants, female workers are hired to dip wooden sticks in white phosphorus, soak them for hours at a time, creating matches that “can be hit anywhere.” But such close exposure to white phosphorus caused their jawbones to deteriorate. According to Allthatsinteresting, matchmakers struggled to raise public awareness of the pain they endured, but it still took decades for white phosphorus to be completely banned. However, their struggle was not in vain, patients like Cornelia were at the forefront of the fight for workers’ rights. Haunted by matches Matches were a popular commodity in England and America in the early 19th century. Industry insiders worked tirelessly to find new innovations in matchmaking technology: the use of white phosphorus. Despite its reputation for being toxic, the chemical is made into a paste that can shine on any surface with just a little friction. The “hit anywhere” matches, also known as lucifer matches, became extremely popular, and the industry that made them profited proportionally. Factory owners know that long-term exposure to white phosphorus can cause jaw necrosis, but they continue to administer it. They hire women and girls to work in the factory for 10-15 hours a day. It is estimated that in the 1900s there were almost 5 million women in the labor force in this industry.

A woman with a “phossy jaw”. Image: Wikimedia Commons Every morning, factory workers come to the matchmaking workshop. Mixers mix phosphorus with glue and color, then dryer workers stack thousands of matches onto a frame. The immersion unit then dips those matchsticks into the phosphorus mixture. After the matches are dry, the workers will perform the final stage of canning. A dipping worker can dip up to 10 million matches a day, exposing himself to toxic chemicals at the same time. Factory owners have also implemented new procedures to reduce harm. Employees must wash their hands after working, workers who dip matches use masks to cover their mouths. Some other factories are looking to improve the ventilation system. But white phosphorus continues to poison workers. “The Matchmaker’s Leprosy” “Phossy jaw” is also known as “matchmaker’s leprosy”, in part because it causes facial disfigurement and is often ostracized from the workplace. The first recorded case of “phossy jaw” was in 1838 in a matchmaker living in Vienna, Austria. By 1844, a doctor in Vienna reported 22 more cases of phosphorus-related jaw necrosis, but the industry was still growing rapidly. In 1857, Dr. James Rushmore Wood of New York began writing about “phossy jaw” after treating 16-year-old Cornelia. He noticed that the first sign of the disease was jaw pain, followed by abscesses along the gum line. Sometimes the victim’s gums even glow in the dark. In some severe cases, necrosis completely destroys the jawbone, and can be fatal. Dr. Wood’s treatment of Cornelia’s jaw using a saw, known in the 19th century as a “cheese string”, was unsuccessful. Mr Wood had to perform a second surgery and monitor the patient for a month before declaring Cornelia “cure”. Other victims were not as fortunate as Cornelia. A 22-year-old girl named Barbara, who worked in a match factory for three years, died less than three months after the onset of symptoms. Then there was a 13 year old girl named Annie who noticed her arm started to glow after working in the match factory for 4 years. Like Cornelia, she also had surgery to remove her jaw. Maggie, 23, continues to make matches after undergoing five surgeries to remove her jaw. It is estimated that approximately 11% of people exposed to white phosphorus develop a “phossy function”. By 1909, the United States recorded more than 100 such cases.

Painting of a match worker protest in 1871. Photo: Wikimedia Commons While the employers are indifferent, the workers are forced to solve their own problems. In June 1888, feminist activist Annie Besant wrote about the plight of matchmaking girls in England. In her article “White Slaves in London”, Ms. Besant chronicles the working conditions in the match factories and the terrifying reality of the “phossy jaw”. She pointed to inequalities in factories such as low wages, unreasonable fines, cluttered, dirty spaces. 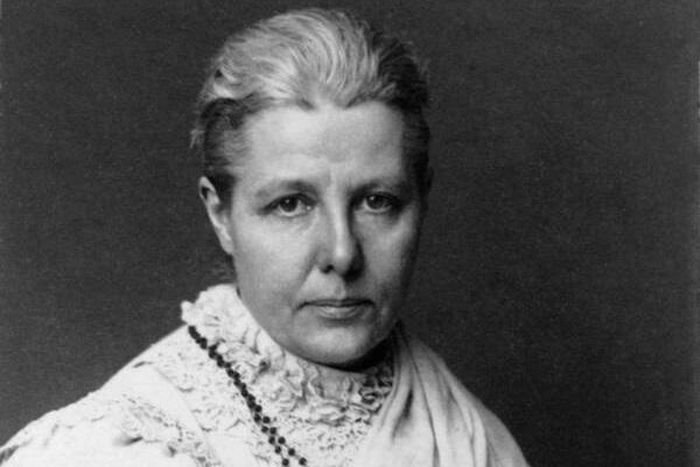 Annie Besant was a British activist who fought to reform working conditions for female match workers. Image: Wikimedia Commons Decades of struggle At the time of writing Besant, several countries had banned the use of phosphorus in factories, but not the UK, where the government argued that banning the chemical would restrict free trade. Besant’s article created a conflict between Bryant & May, a large London match factory, and their workers. Bryant & May pressured workers to sign a statement denying Besant’s demands, and fired workers who didn’t. The company’s actions caused the match workers’ strike of 1888, in which 1,400 factory workers refused to work, protesting the dire conditions. 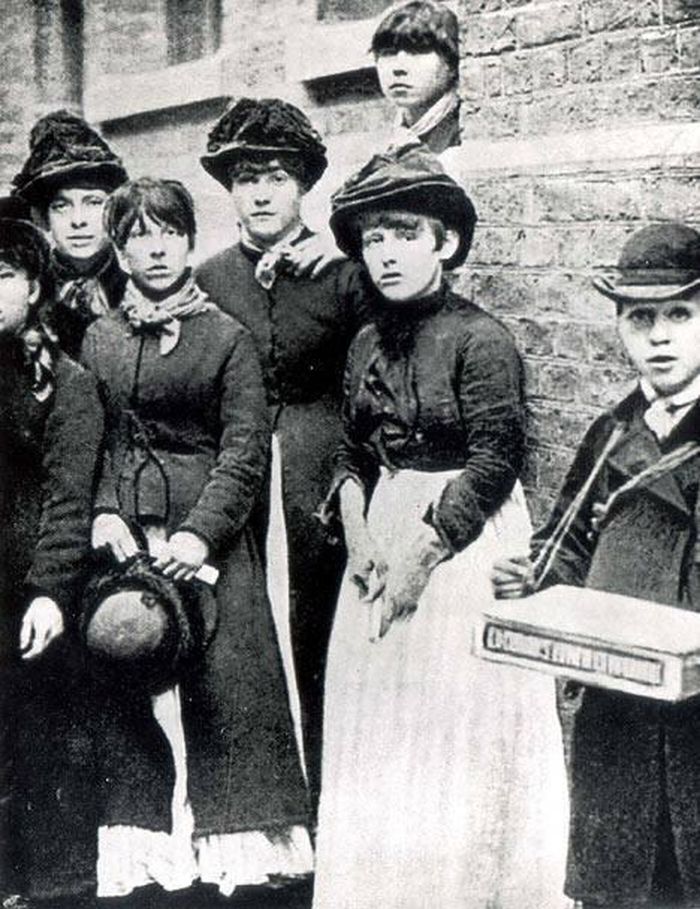 Bryant & May workers joined the 1888 strike. Photo: Wikimedia Commons The striking workers won several concessions from Bryant & May, including an end to unfair fines. But the plant continues to use white phosphorus. Although phosphorus was not yet outlawed in England, the strike of 1888 drew new attention to the appalling condition in many match factories. Journalists reported abuses, including an attempt to cover up the severity of the “phossy jaw”. In 1892, The Star newspaper published a series of photographs of victims of the “phossy jaw” at the Bryant & May company. The newspaper alleges that Bryant & May forced a worker with a “phossy jaw” to quit her job and promised to pay her when she recovered. But when the female worker recovered from her illness, they refused to hire the girl again because of the victim’s hideous appearance. The factory claimed that a woman who lost half her jaw would panic other workers. Even after learning of the cover-up, the British government decided not to ban white phosphorus, a toxin that has harmed workers for more than half a century. In 1898, the British government finally fined Bryant & May 25 pounds, equivalent to several thousand dollars in today’s prices. In 1891, William Booth, the founder of the Salvation Army, joined the fight against the use of white phosphorus. He opened a match factory that refused to use the chemical, hoping it would pressure other factories to do the same. His factory encouraged consumers to boycott white phosphorus matches. However, phosphorus matches were only discontinued until French chemists discovered sesquisulfide, a safe substitute for white phosphorus. Bryant & May switched to this alternative in 1901. Britain finally banned white phosphorus entirely in 1910, but decades have passed since a doctor in Vienna first determined that it caused “phossy jaw” in match workers. By then, it will be too late to undo the damage this poison has done to so many workers, “in the name” of better-quality matches.