Sitting under the canopy of siren flowers, inhaling deeply the fragrance and looking at the pure beauty of the colorful flowers, everyone seems to feel that life is more beautiful and meaningful. 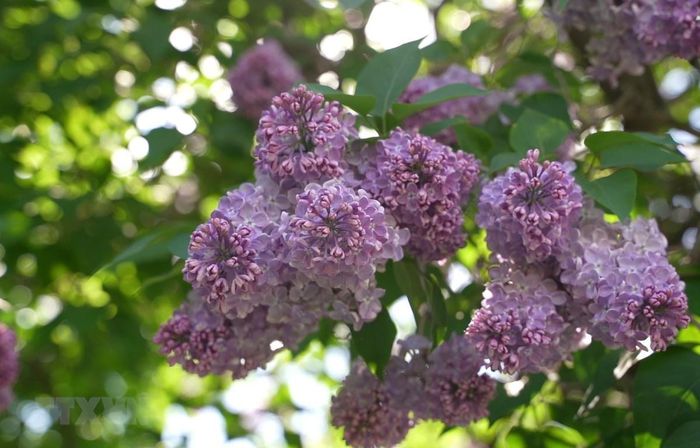 (Photo: Duy Trinh/VNA) Every warm summer, the Russian capital Moscow is adorned with a variety of flowers such as apple blossoms, pear blossoms, tulips, bell flowers, and blooming yellow dandelions. However, there is a special flower that always blooms at the end of May, which coincides with the semester exam season for students student and bring to the capital the Russian capital is siren flower (Vietnamese call lilac). In the Aleksandrov garden located close to Red Square, Lomonosov University (MGU) or on the streets of Moscow, it is easy to see siren bushes blooming brilliantly with an extremely seductive fragrance. With a variety of colors (purple, pink, white, blue-white, etc.), lilac has become an indispensable part of Moscow people’s life. beams siren flower This brilliant display creates a lot of inspiration for flower lovers, photographers, painters, or ordinary people who want to save their photos in the colorful siren space. Siren in Moscow is also associated with his life Leonid Kolesnikov (1893-1968), who devoted 50 years of his life to breeding and popularizing this flower in Russia. Mr. Kolesnikov has bred more than 300 varieties of siren of various colors that are being grown throughout Russia, many of which have been grown in the gardens of Buckingham Palace in London, the Royal Botanic Gardens of England, famous gardens of the United States , the garden of the Kremlin, the Moscow Botanical Garden… 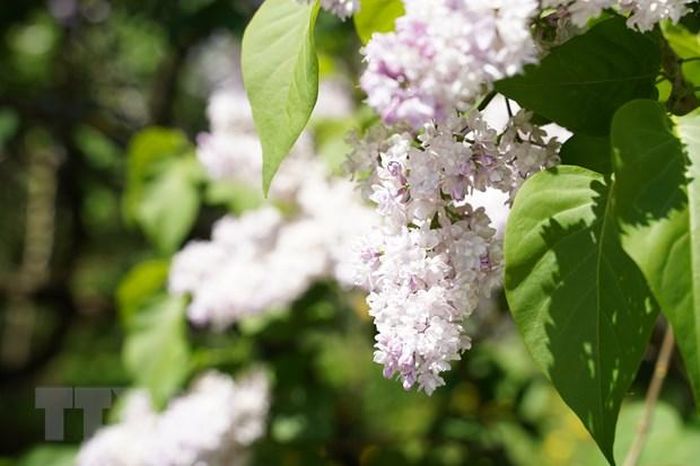 Lilac “Moscow Beauty” was bred by Mr. Kolesnikov. (Photo: Duy Trinh/VNA) In 1952, Mr. Kolesnikov won the Stalin Prize for his siren flowers. In 1973, the International Lilac Association honored and presented Mr. Kolesnikov with the prestigious “Golden Lilac Branch” award for his merits in selecting and breeding this flower. The most popular siren variety in the world is the pinkish-white “Moscow Beauty” breed, bred by Kolesnikov in 1947. In 1954, on the initiative of Kolesnikov, a siren nursery was established on Shchelkovskoe Avenue which later became the Lilac Garden in 1975 with an area of ​​7 hectares. 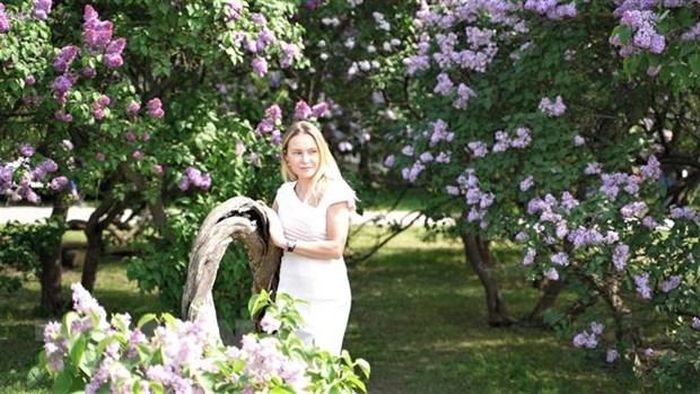 The Lilac Garden in Moscow is located on Shchelkovskoe Avenue. (Photo: Duy Trinh/VNA) The road right next to the Garden is planted with many sirens and was named Sirenevy Bulvar in 1960. The Lilac Garden in Moscow is growing and storing about 60 varieties of sirenes bred by Mr. Kolesnikov, many rare trees aged 50, 60 years old. . Here you can see a variety of siren varieties such as the siren named after his wife – Olimpiada Kolesnikova light purple; like the siren named after the brave female guerrillas of the Soviet Union during the Great Patriotic War, Zoya Kosmodemyanskaya or the siren “Remembrance of Kolesnikov” is white, like the siren “Red Moscow”, like the siren “Sky of Moscow,” or like siren “Moscow University”… Because of the “internationalization” of this flower, May 18 every year has been chosen by the International Lilac Association as the International Day of Flowers. Lilac ./.

Hồng Chang - April 21, 2021 0
Not all billionaires love to ride horses, play golf or relax on luxury super yachts. The hobby of the world's richest...