Home Travel This temple in Gansu is the only temple in China that enshrines...

Tianshui, Gansu, was called Qinzhou in ancient times. It is an important birthplace of the Chinese nation and the Chinese civilization. Because the “head of the three emperors” Fuxi created gossip here, it is called “the hometown of Emperor Xi”. The rich historical and cultural resources have left 470 cultural relics under protection in Tianshui. In addition to the famous Maijishan Grottoes at home and abroad, there are also many scenic spots and historic sites worth seeing in the urban area. Fuxi Temple is one of them. 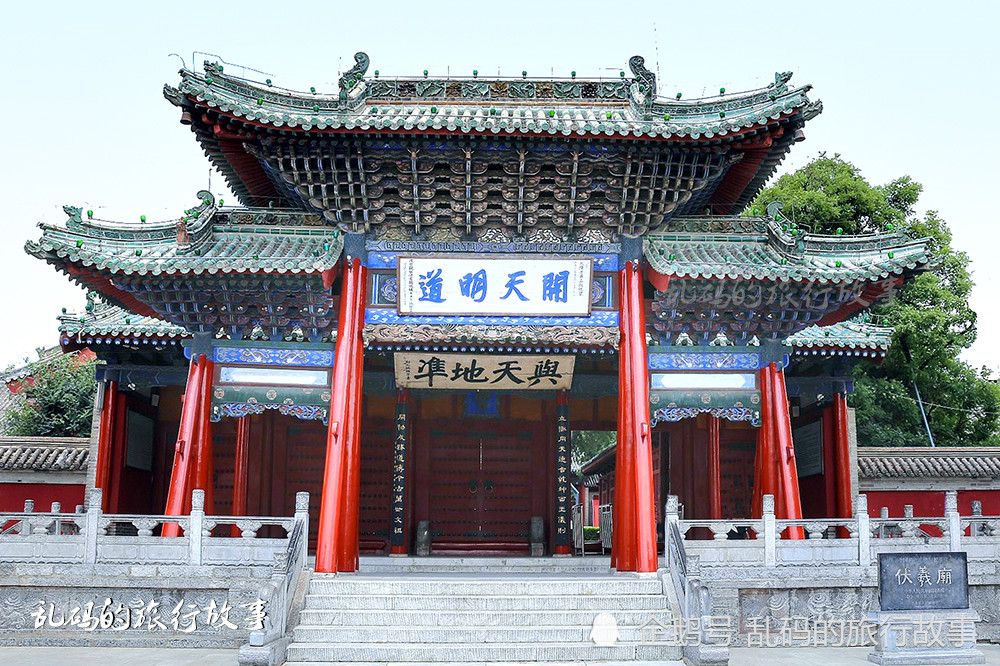 Tianshui Fuxi Temple, formerly known as Taihao Palace, commonly known as Renzong Temple, is located at No. 110 Fuxi Road, Qinzhou District, Tianshui City. It covers an area of ​​13,000 square meters. It is currently the largest and most well-preserved commemoration of the ancient “Three Emperors” in my country. The Ming dynasty building complex of the Yifuxi clan is also the only temple that enshrines Fuxi statues, and is known as the “first temple in China”. 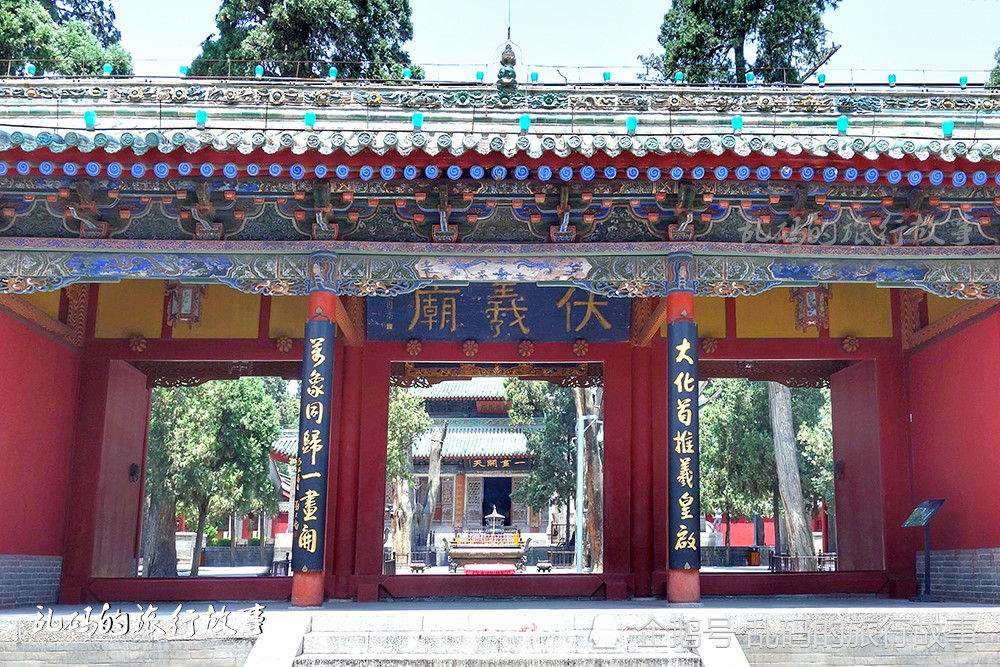 The 64 ancient trees in the courtyard were planted in the Ming Dynasty, symbolizing the number of sixty-four hexagrams, and there are only more than 30 trees left. The local people believe that these ancient trees with strong vitality symbolize health and longevity. Every day, a large number of tourists come to worship and pray for safety. Some patients even cut a paper man and stick it on the tree and light it with incense powder, hoping to get rid of themselves. Sickness in related parts. Since Fuxi is the first emperor in ancient history, Fuxi Temple adopts the palace-style building model. The entire building complex is built along the central axis from the north to the south. The archways, gates, yimen, Xiantian hall, Taiji hall and other halls are in order. Arranged and advanced layer by layer, it has a distinctive Chinese traditional architectural art style. 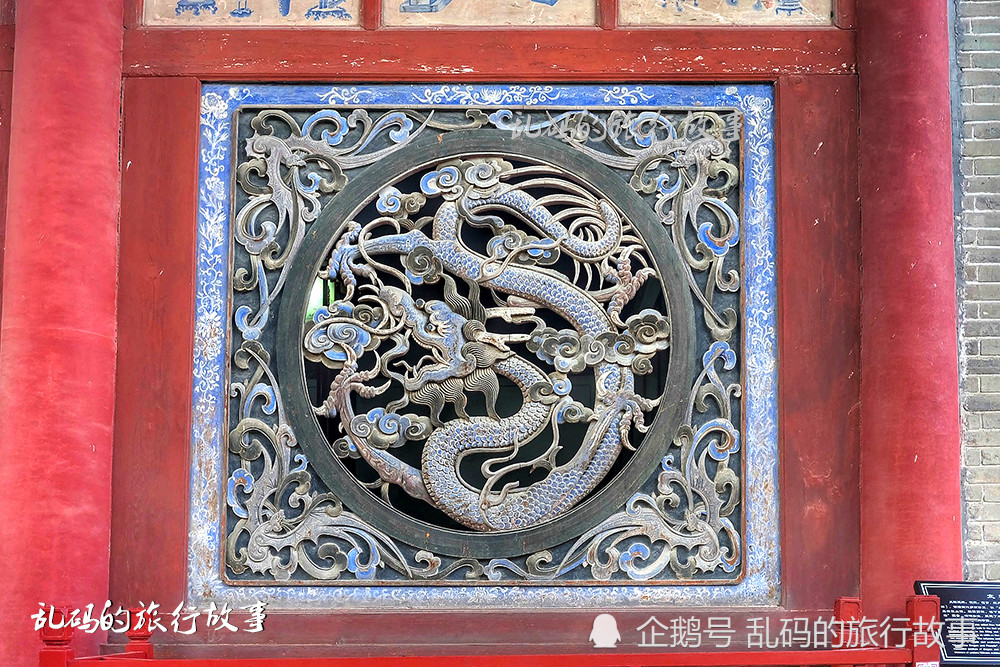 The doors and windows of the various halls of Fuxi Temple are carved with auspicious animal patterns such as dragons, phoenixes, cranes, and elk, which have strong local characteristics. In particular, the pair of dragon and phoenix threshold windows in the Taiji Hall are composed of multiple Chinese pine boards spliced ​​into a square. The dragon and the dancing phoenix are carved with open carving techniques. They are the masterpieces of the Tianshui carving technique in the Ming Dynasty wood carving, which is very rare in China. Fuxi is the earliest documented creation god in China. According to ancient records, he invented and created divination and gossip, tied ropes into nets, used to catch birds and hunting, and taught people how to fish and hunt. He was regarded as a Chinese national humanity. First, one of the three emperors. However, although there are many Fuxi temples in China, the Tianshui Fuxi Temple is the only temple in the country where Fuxi statues are enshrined. In the Xiantian Temple, this Ming Dynasty Fuxi clay sculpture painted colossus is 3 meters tall, burly and energetic. The architectural structure of the Xiantian Temple is also worth mentioning. The entire hall is 7 rooms wide, 26.4 meters wide, and 14 meters deep. The beams and columns in the temple are few but thick. The roof truss structure is rigorous. The roof is stretched with troweled beams, making the space more open. , Is considered to be a successful example of China’s early use of the “reduced column method” to build large houses. For hundreds of years, Tianshui area has repeatedly experienced earthquakes of magnitude 7 or above, and this Xiantian Temple has always been safe and sound.

According to legend, in ancient times, Fuxi led the tribe to thrive in the Yellow River area. At that time, there was a huge “dragon horse” on the Yellow River that made waves and harmed the people. After seven days and seven nights, Fuxi surrendered it and was inspired by the spots on the back of the dragon horse. He created river pictures and gossip, ended chaos and ignorance, and opened Chinese civilization, and the spirit of dragon horse is also regarded as the incarnation of the descendants of Yan and Huang.

Travel to France, come to the peaceful countryside of Aix-en-Provence

editor - May 30, 2021 0
Aix-en-Provence is a small city in the province of Bouches-du-Rhône and conquers visitors when traveling to France by its peaceful and ancient beauty. ...