Home Travel Bamboo bridge in the plain of Quang

In the domain of childhood memories, every child born and raised in Cam Dong is associated with many memories by this bamboo bridge. 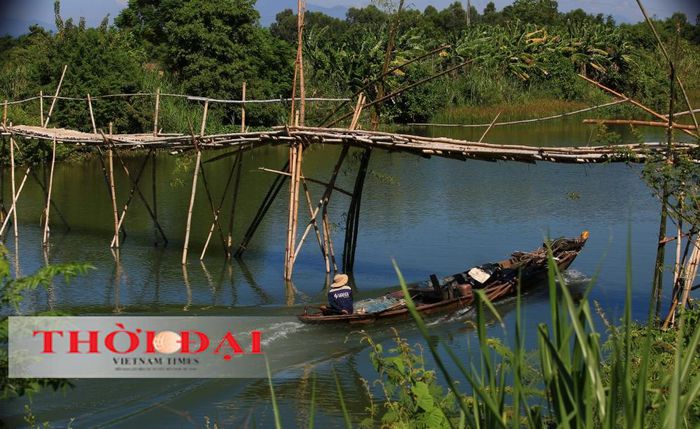 Peaceful beauty of Cam Dong bamboo bridge at noon. That is probably the only special and unique bamboo bridge left in the plains of Quang. Day by day, people in Cam Dong village (Dien Phong commune, Dien Ban town, Quang Nam) call each other across the bridge, cross the Vinh Dien river to the Go Dinh alluvial flat on the edge of the river to plant and collect crops. harvest crops. Go Dinh alluvial ground with an area of ​​​​nearly 90 hectares is a key agricultural cultivation area of ​​Dien Phong commune. That bamboo bridge, over the years, the water washed up, broke it in half and engulfed the whole bridge, I don’t know how many times it was built. Just know that in the childhood memories of every child born and raised in Cam Dong are associated with many memories by this bamboo bridge. For now, the children who used to follow their mother across the bridge and bathe in river water at the foot of that bridge are now grown up, wandering around in all directions, but in their hearts, the image of that bamboo bridge always remains. forever in your heart. 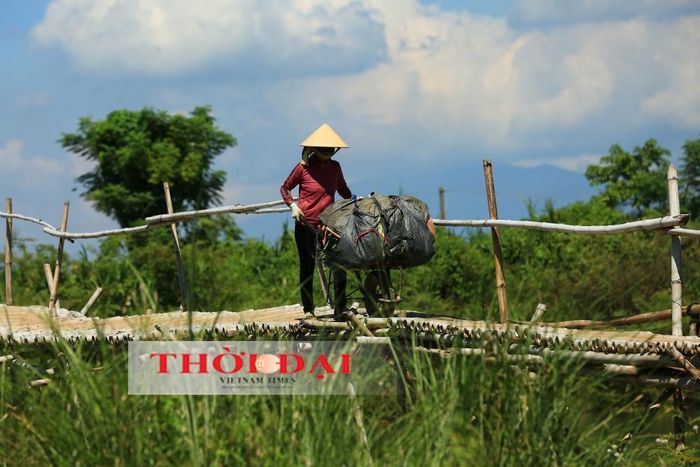 This bamboo bridge is where Cam Dong people cross the alluvial ground across the river to cultivate. Every year, every wave of water is broken, people spend a lot of money and bamboo to build a new bamboo bridge. The bamboo bridge across Cam Dong banks was built again. The bridge is tens of meters long, less than 1m wide, quite high above the water surface, with a handrail on one side, looks very precarious when passing. Each bridge is assembled from more than 100 old bamboo trees with a width of 1m and a length of about 120m.

This bamboo bridge is assembled from hundreds of bamboo trees available in the village. Although the bamboo bridge is not strong, it is more convenient and faster than taking a ferry, so people here contribute money and contribute to building a bridge to travel and earn a living for decades. When having difficulty while carrying heavy loads across the bridge they often help each other. Ms. Phan Thi Le, a Cam Dong resident shared, since she was young, she had a bamboo bridge across the river. For decades, the bridge has remained a unique way to bring people in Cam Dong village through farming. at the beaches. There are many memories attached to this bamboo bridge until now when I am old, but those memories are still clearly remembered, many great countries have witnessed the growth and aging of the people here.

For decades, the bridge is still the only way to bring the people of Cam Dong village through farming in the coastal areas. With this small bamboo bridge, everyday life in every moment appears so beautiful. Many people can’t help but be moved by the picturesque riverside village scene. In the mornings or evenings, the scene of mothers and grandmothers throwing their burdens on the bridge evokes memories of each person following their mother to the fields when they were children. On sunny afternoons, the bridge becomes magically beautiful in front of the red sky. On this bamboo bridge, village love and neighborliness, mutual concessions or mutual assistance always take place. A woman with the first load of vegetables walks on the bridge, another will give way to make it easier to carry a full load of vegetables across the bridge. Sometimes, an old woman with a heavy load of vegetables has someone to help carry a part. Just like that, the early morning on the bridge are sincere and sincere Quang farmers. 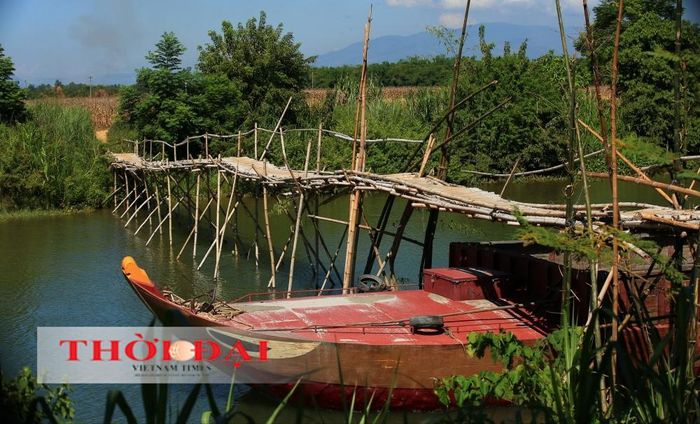 Beside that river, the feet are still dangling over the river day by day. Mr. Duong Huan – Head of Cam Dong village said: “For decades, local people have spent hundreds of millions of dong just to build a few bamboo bridges each year. However, its lifespan is unpredictable and completely at the mercy of heaven and earth. Whenever there is a big flood, the bridge will drift. Then do it again. Just let it go. If we don’t have a bridge, we can go by boat, but the boat is too cold, so we fully understand that we are going to take the tin boat. There are years due to continuous natural disasters that cause local people to build temporary bamboo bridges several times!”. In the past, Cam Dong village was very poor, the whole village had no roads, electricity, stations, and schools. Because it is located close to the river, the houses have to be built very high. The traces of each flood are still imprinted on every house. Mr. Duong Huan has been the village chief for decades, so this place is very clear. Over the past ten years, this poor village has changed skin and flesh, the ODA grid pulls electricity to households, there is one pole in every 10 houses. With electricity, everything changes. Sugar, water for domestic use, production output keeps increasing year by year. Rural concrete roads have been around since 2001. 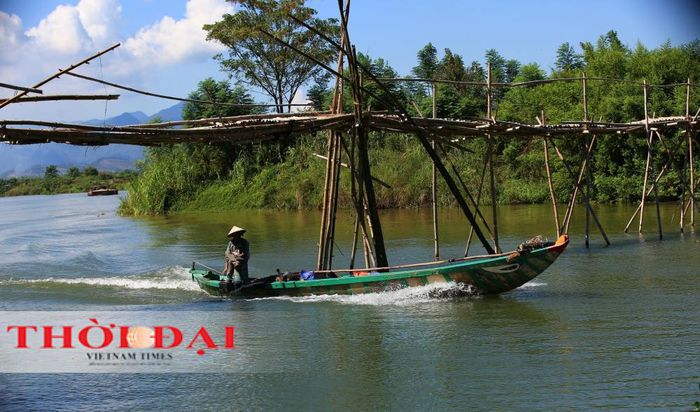 With this small bamboo bridge, everyday life in every moment appears so beautiful. And for some people, with the rustic, unspoiled beauty with the scenery of Vietnam’s peaceful countryside, Cam Dong bamboo bridge has long become an interesting destination for tourists when coming to Quang Nam. In the early dawn or dusk, the bamboo bridge printed on the rolling water surface, the simple beauty is like a silk screen crossing the Vinh Dien river, creating a beautiful picture of the countryside. 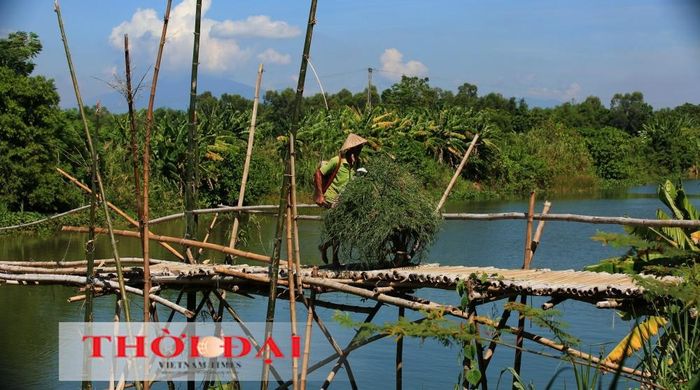 Cam Dong Bamboo Bridge has long become an interesting destination for tourists coming to Quang Nam. When the sunset fades, it is time for the farmers to return home to rest after a hard day. And just like that, Cam Dong bamboo bridge gradually became a famous address for country photography enthusiasts to capture the picturesque moment. Life goes on in peace with the rustic beauty of Quang’s countryside. Beside that river, the feet are still dangling over the river day by day. Alluvium is still deposited along the beach, the land that has been attached for generations is still in the middle of that river. And the bamboo bridge for many generations is still day by day swaying with each step of the farmers back and forth, as a witness of life and of people in this Cam Dong country.

Jinfo Mountain Candlestick Peak, the Qifeng waterfall that can only be...