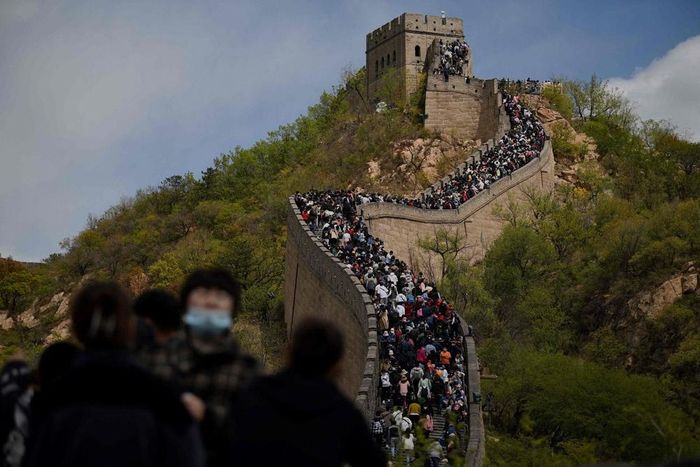 Tourist attractions across China are attracting large numbers of visitors from May 1 to May 5, creating an overcrowded scene rarely seen since the outbreak of the Covid-19 pandemic. In the photo, hundreds of tourists crowded at the Great Wall, about 60 km from the center of Beijing. This scene was also recorded at Hoang Hac Lau (Wuhan), Longmen cave (Luoyang), Tai mountain (Thai An)… Photo: People Visual. 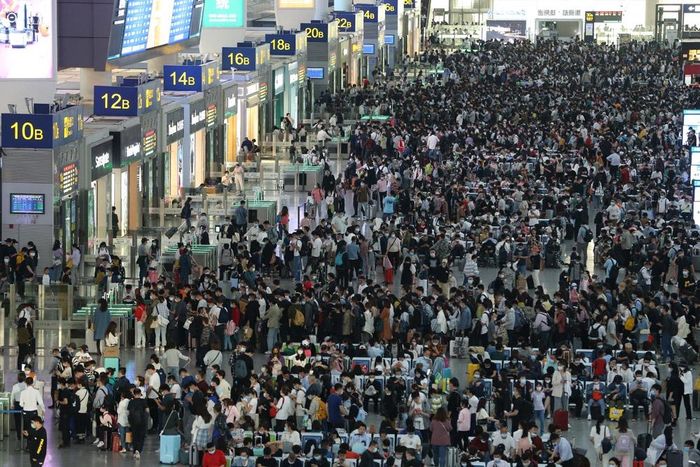 It is estimated that there are about 265 million journeys by road, train, boat and plane. The number exceeded 195 million in 2019, setting a new travel record for the May holiday of the country of billions of people. Photo: People Visual. 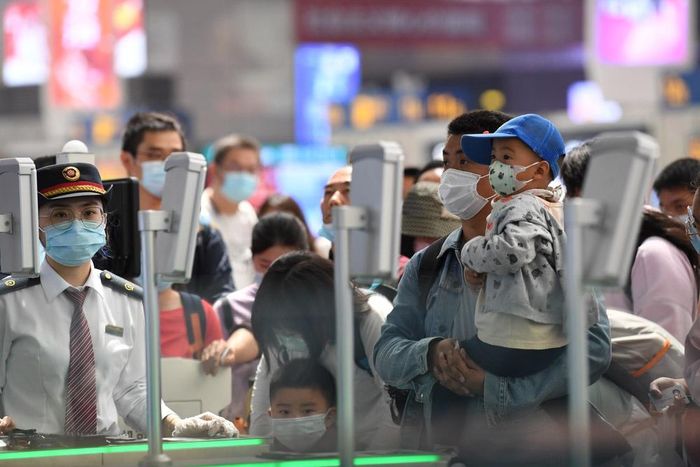 Not only tourist sites, highways, train stations and airports also witnessed similar congestion. A resident surnamed Ma in Luoyang told the Global Times that it took him more than four hours for a typical 40-minute trip. “The only good thing is that the highway toll has been waived during the holiday season,” Ma said. Photo: People Visual. 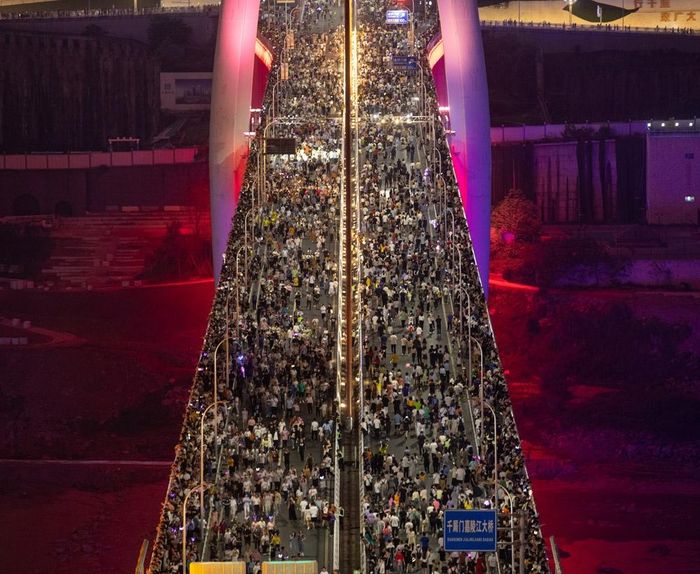 In the cities of Beijing, Shanghai and Guangzhou, travel demand has increased and is estimated to be on par with 2019, when the epidemic had not yet appeared, according to traffic official Li Huaqiang. Photo: People Visual. 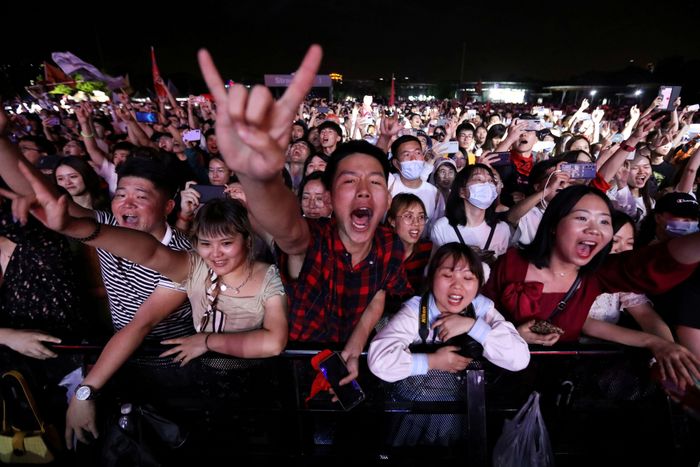 In 2020, this music event will only be held online due to the pandemic. “Last year, we were infected with the virus. It was not easy to get to where we are today. Everyone put in a lot of effort. So I feel extremely excited to be able to attend the festival. this,” said Gao Yuchen, a 23-year-old student in Wuhan. Photo: Reuters. 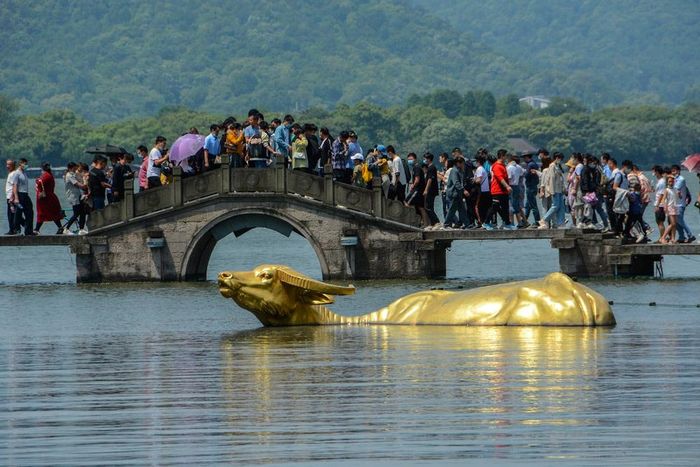 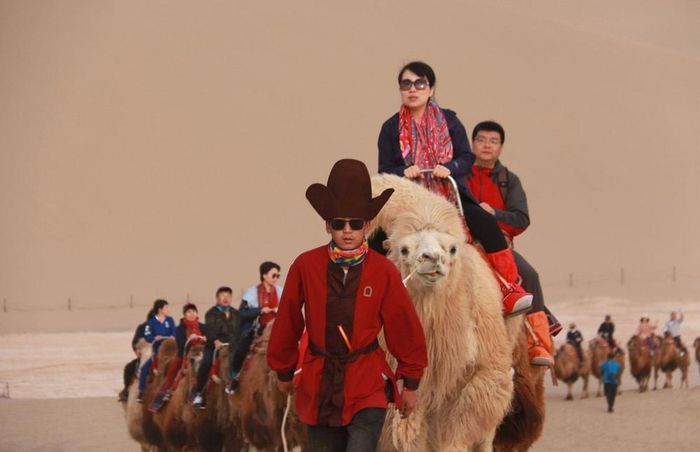 Chinese authorities have warned that attractions should limit the number of visitors and have a ticketing system to control the flow of people. Travelers need to present a “health code” – a health record, an electronic schedule on a phone – to prove they are not at risk of spreading Covid-19 to others. Photo: People Visual.

Of the 50 most searched terms on social media, 10 are about the holidays. Travelers often complain about crowding, overcrowding. Meanwhile, others share at home, staying away from crowds is still the best option. Photo: People Visual. 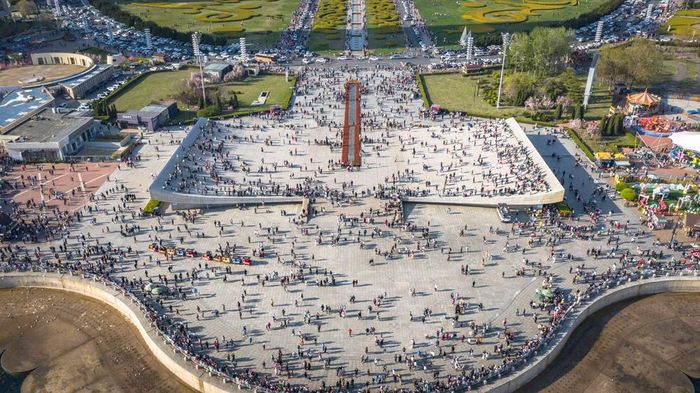 Just before the holiday, China announced 16 more cases of the virus, down 13 cases from a day earlier. The country’s National Health Commission said all were immigrants. As of early May, China has more than 90,000 infections, the number of deaths from Covid-19 is 4,636. Photo: People Visual.