The EU and the US have agreed to continue suspending tit-for-tat tariffs related to the dispute over subsidies for two aircraft manufacturers Airbus and Boeing for another five years.
According to a European diplomatic official, the EU and US leaders have reached an agreement that will allow the two sides more time to “seek a lasting solution” at the World Trade Organization (WTO). global aviation industry.

Besides, European Commission President Ursula von der Leyen also expressed optimism that the two sides will reach an agreement as soon as possible. 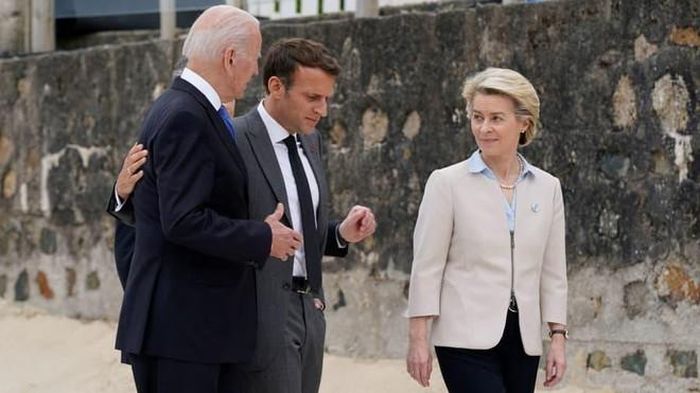 US and EU express cooperation on protection issues for Boeing and Airbus In March, the EU and the US also agreed to suspend counter-tariff actions for four months over a dispute related to protections for Airbus and Boeing. The US accused the EU of protecting aircraft maker Airbus to create a competitive advantage, while the EU also accused the US of taking similar measures against Boeing. The related lawsuits have dragged on for the past 17 years but have not come to an end. The dispute has led Brussels and Washington to repeatedly launch tariffs to punish each other. In March 2018, former US President Donald Trump imposed 25% tariffs on imported steel products and 10% on aluminum imports from the EU, Canada and Mexico. In response, the EU approved a regulation to impose tariffs on $3.2 billion in US goods, including a 25% tax on the country’s whiskey. In addition to the issue of Airbus-Boeing, the two sides are currently arguing about France, Spain and some EU countries imposing digital taxes on major US technology firms.

In just 8 months, the domestic ice cream has been “dried”...

editor - June 19, 2021 0
Zhong Xuegao is a Chinese ice cream brand that has emerged in recent years. It is known as the "Hermes of the ice cream...