Nature hides something really mysterious, and these are extremely rare phenomena that you may have never heard of.
1. Comet Hale Bopp is seen above the ancient stone circle of Stonehenge 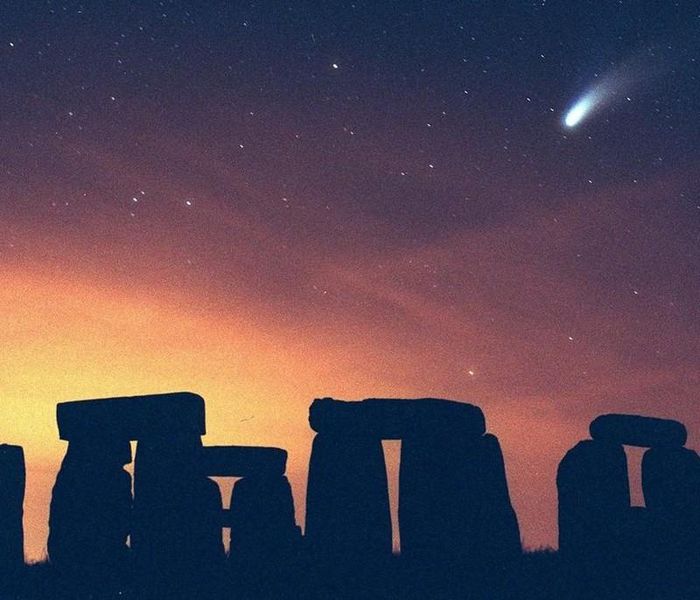 Illustration. Comet Hale-Bop orbited the sun in 1997 and became one of the brightest comets in history. It was a lasting “gift”, as it could be seen with the naked eye for over 18 months (a record). 2. Cloud hole – circle opens to heaven 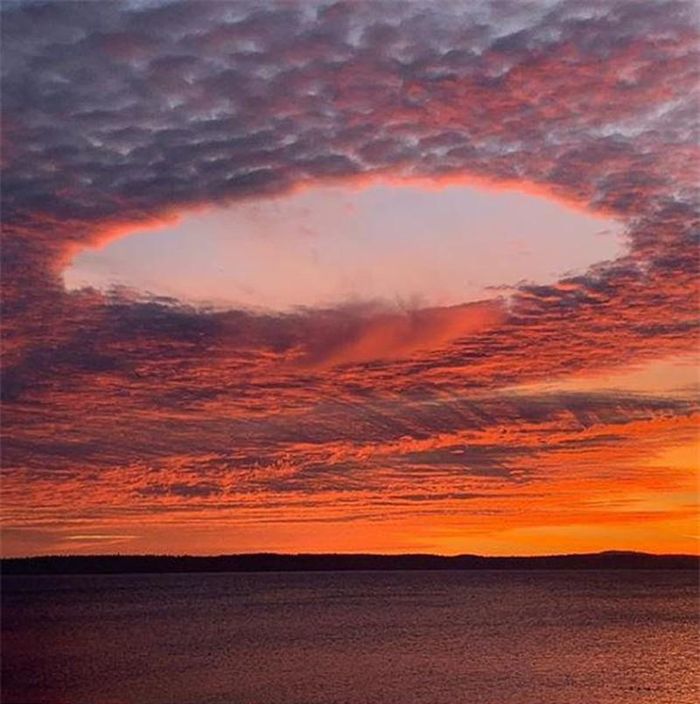 Imagine that on a cold day and the horizon is densely cloudy, suddenly, you see a giant hole that you can see through the sky. This phenomenon is called cloud hole. It occurs when a large number of small ice crystals break into the cloud layer causing the water droplets to evaporate. Although explained by the laws of physics, this phenomenon is still extremely miraculous. 3. Mist rainbow looks like albino rainbow 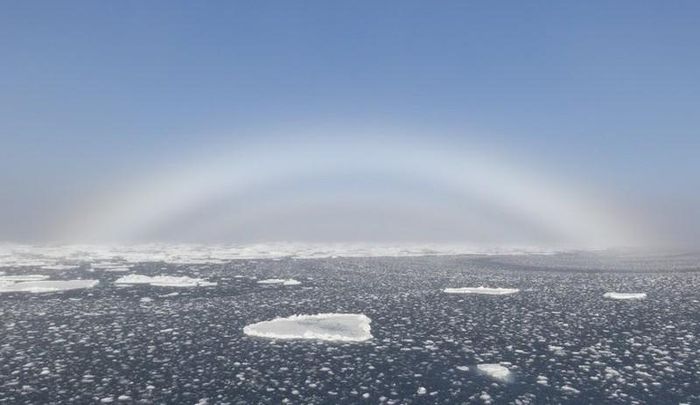 When you see this phenomenon, you may think that you have lost the ability to distinguish colors. Stay calm and enjoy looking at it, a foggy rainbow like “brothers” to the albino rainbow. Instead of being made up of water droplets, it is made up of tiny dewdrops. Because they are smaller, they only reflect white, making this phenomenon look quite spooky and mysterious. 4. Lava on Hawaii Beach 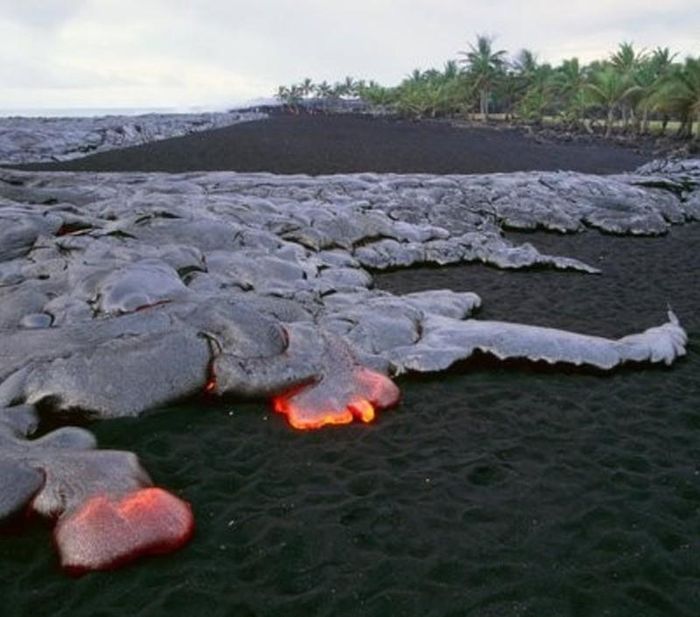 In May 2018, the Kilauea volcano in Hawaii exploded. It began spewing ash into the air and spewing dense plumes of lava to the Pacific Ocean. It also travels great distances, destroying the largest natural freshwater lake in Hawaii. It also spread to the beaches, filling Kapoho Bay and extending new land nearly a mile into the sea. 5. Comet West near the Sun in 1976 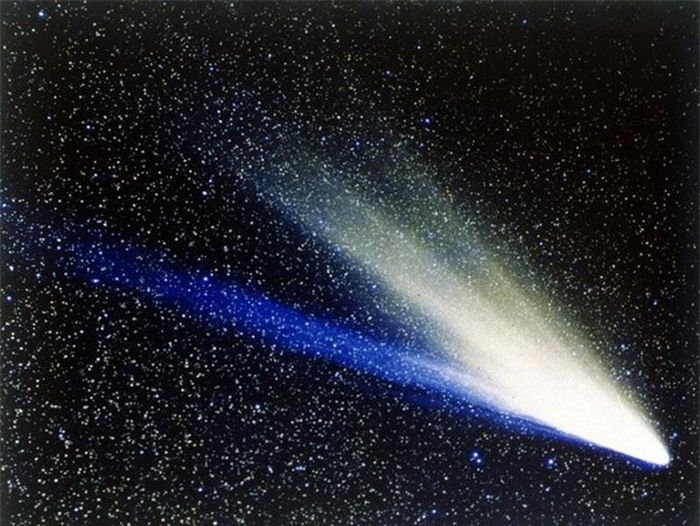 Comet West was described as one of the brightest objects to pass through the solar system in 1976. Its nucleus split into four pieces, providing a spectacular view of its long tail. At the time, it was one of the very few comet breaks observed. 6. Pyroclastic flows produce volcanic lightning 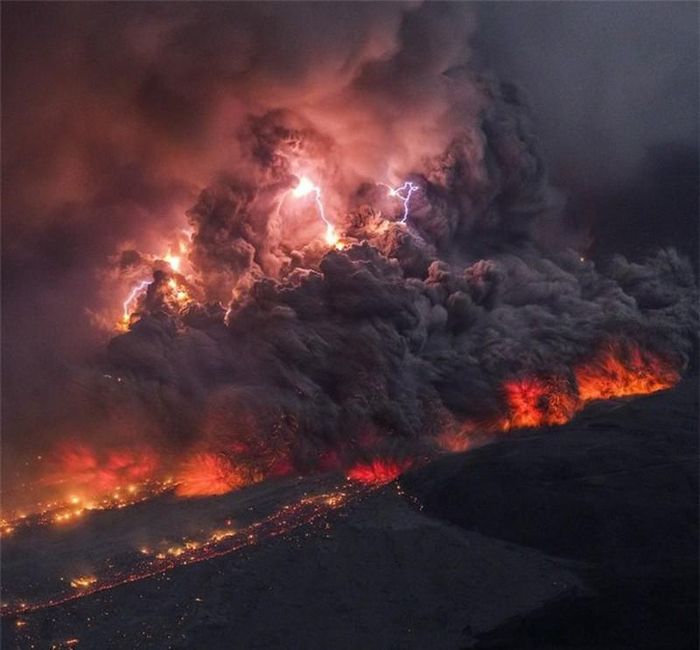 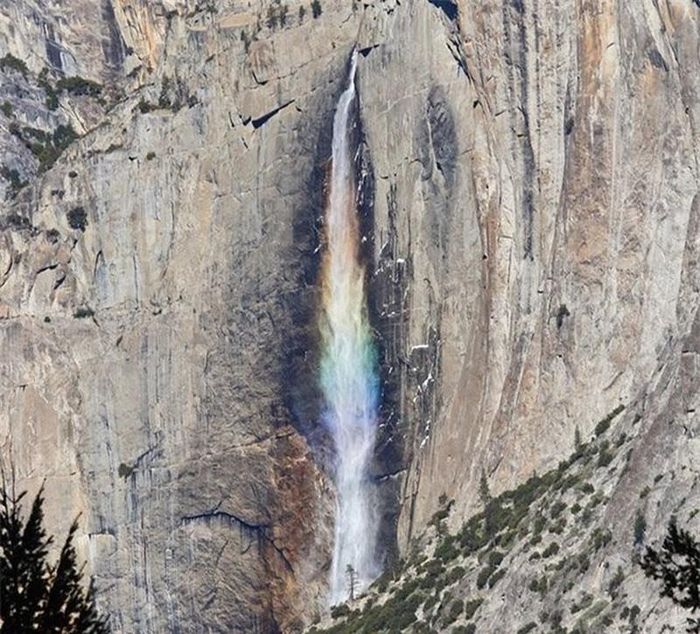 Only a few lucky people have witnessed first-hand the sight of Fallveve Falls in Yosemite National Park turning into a rainbow. This is a great example of what happens when sunlight is reflected on water droplets. These images look edited but nature is really full of color and imagination. 8. Frozen waves detected on the coast of Croatia 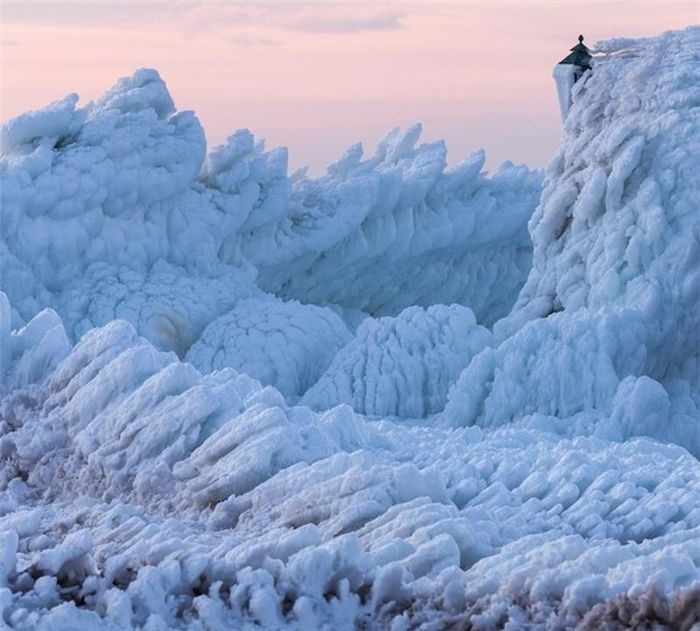 A violent storm toss these monster waves, which then froze in sub-zero temperatures in 2012. This left the coast of Senj, Croatia covered in hard ice that looked like ice . 9. The desert “revives” and blooms 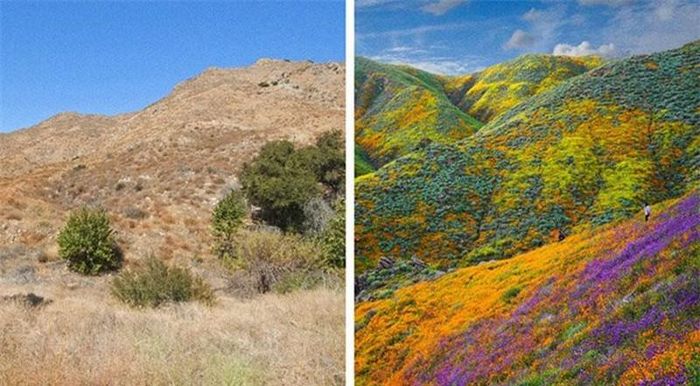 California’s “super blooms” usually happen about once every 10 years. This phenomenon requires a perfect “storm” of conditions: steady rain, warm temperatures and low winds. The desert will turn into a colorful picture when thousands of wildflowers bloom at once. A wonderful gift of nature! 10. Super blood moon rises behind the Parthenon in 2018 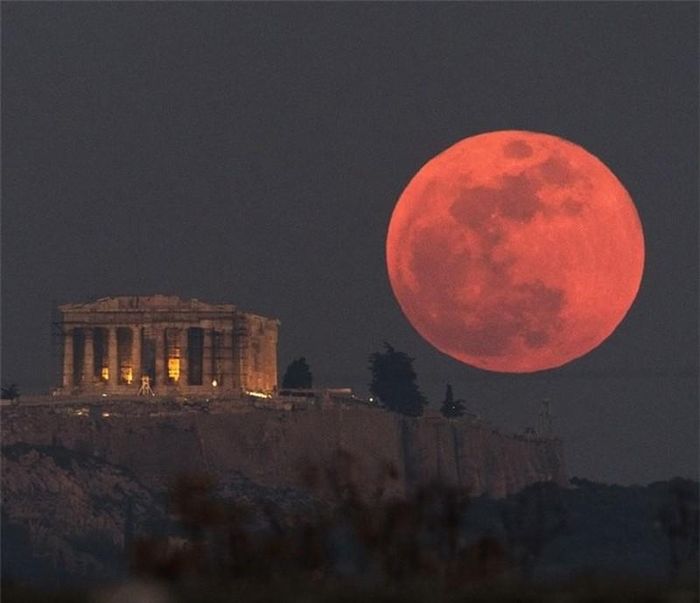 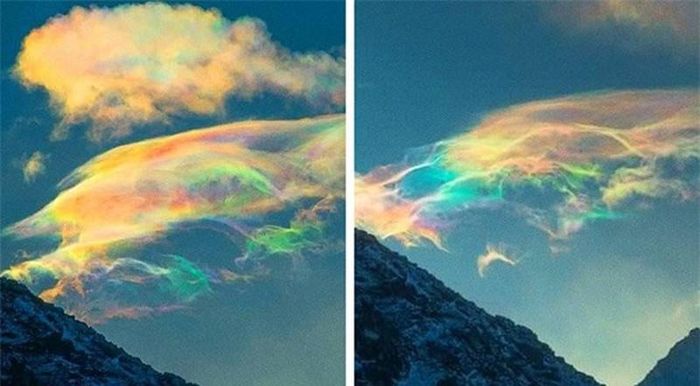 If we see the sky shining as if there are giant soap bubbles floating, we are not hallucinating, but witnessing clouds of bubbles. This phenomenon occurs only when very uniform drops of water diffract the sunset light. 12. Himalayas appear for the first time in 30 years 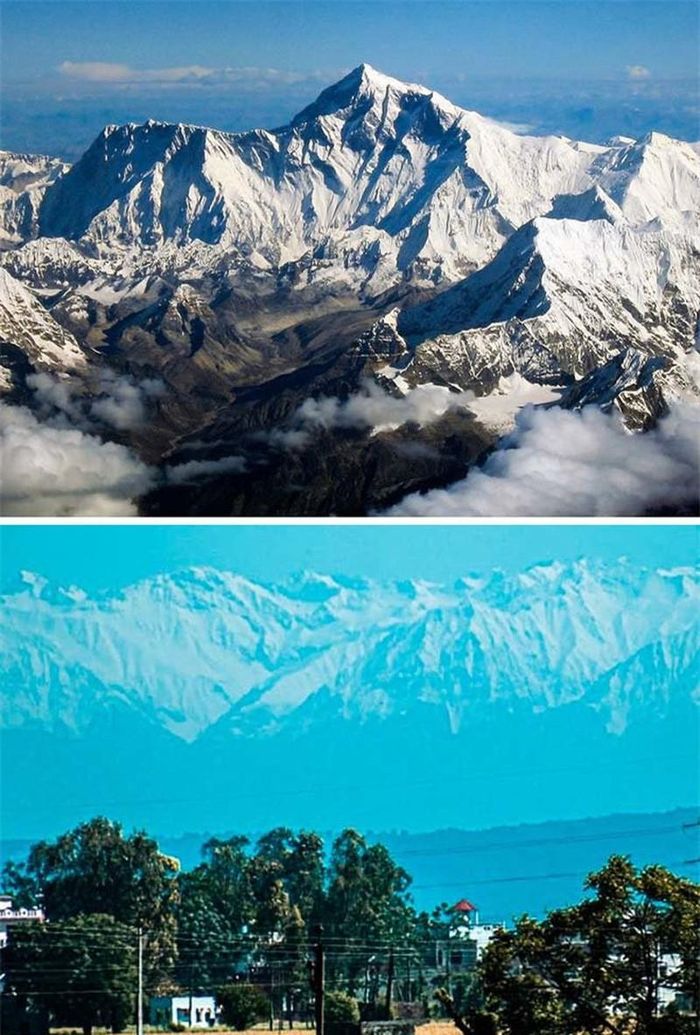 In April 2020, the level of pollution dropped sharply, making the image of the splendid Dhauladhar mountain range again. This is part of the Himalayas and can now be seen even from Jalandhar – 143 miles away. 13. Snow falls in spring in Tokyo 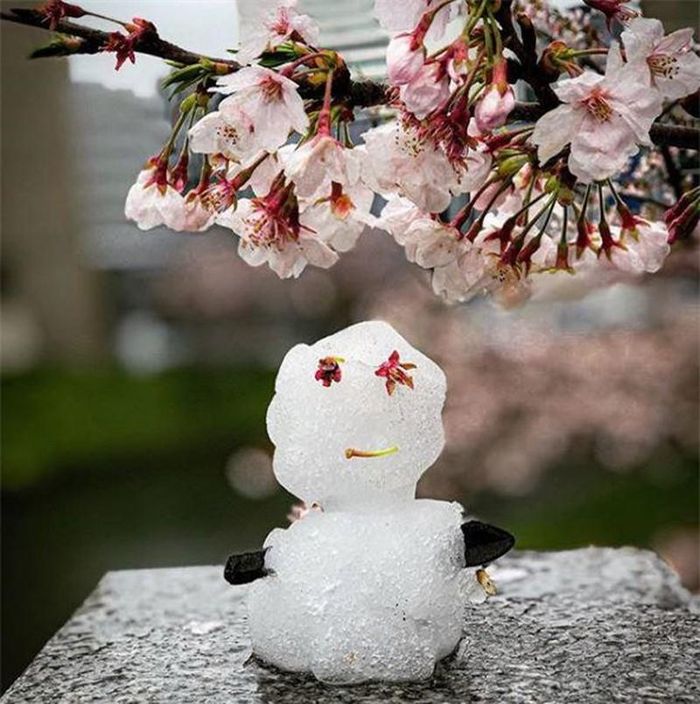 Seeing snow in Tokyo is pretty special, but what makes it really surprising is that it happened in April while the cherry blossoms were in full bloom. Tokyo snows about 7.6 times per season, mainly in January and February. And this is the first spring snowfall in 32 years. 14. Midnight sunset reflected in a waterfall in Iceland 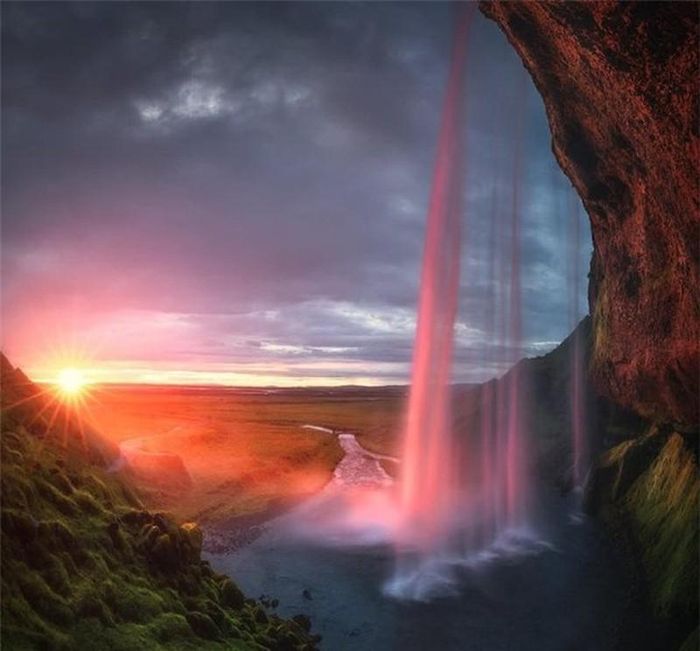 During the summer months in Iceland, the sun is still visible at midnight local time and we can enjoy the sunset at 1:30. In this photo we can see the sunset shining at 196 feet of Seljalandsfoss waterfall, which is breathtaking!

Crew Dragon and the future of space travel