The penthouse is priced at 20 billion VND with a personalized design, located in an area for the rich in Hanoi owned by a young businessman.
Vu Hai Nam works in the business field, belongs to the young generation with a successful career in the capital.

According to Hai Nam, he had his own house quite early. At the age of 30, Hai Nam decided to give himself a penthouse apartment with a classy and luxurious space.

Penthouse apartment Nam gave himself before the age of 30. The first floor is used as a living room and common spaces. The penthouse is located in an urban area for the rich. The initial price he received raw handover from the investor was about 14 billion VND. After that, he boldly spent 6 billion to renovate the apartment in accordance with his preferences, usage needs and aesthetic taste. 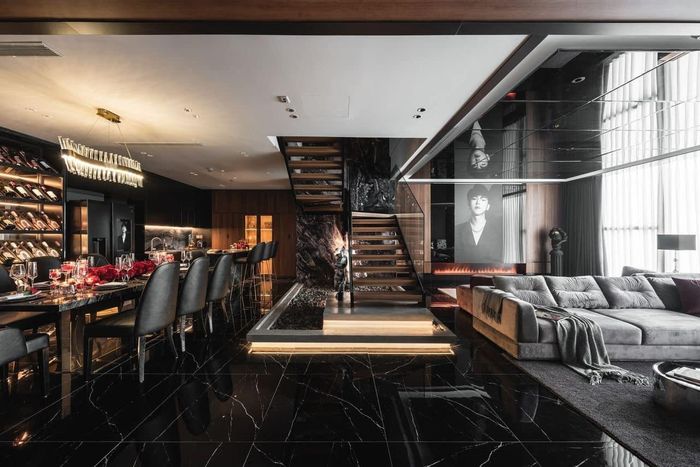 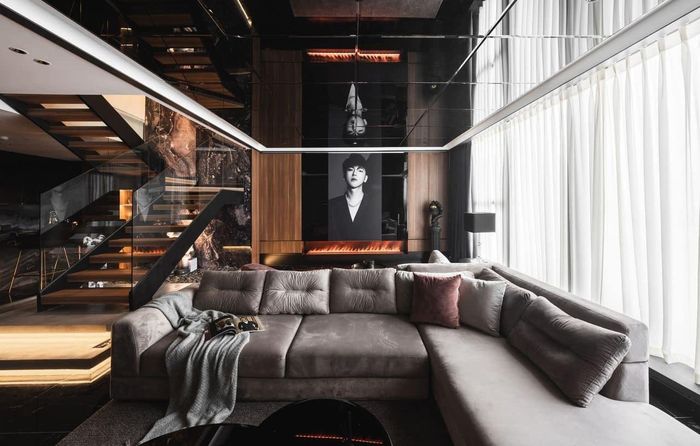 Large living room with large sofa set. After nearly half a year of focusing on repairing, he officially moved in. He revealed, this is the 3rd apartment he owns. “The apartment near 30 is also much different from the house at 20 or 25, still young and modern, but much more “quiet”. As “older”, I prefer to stay at home rather than go to crowded places. So the criterion is that the house must be big enough to have space for the whole family to gather and gather with close friends,” Hai Nam shared. 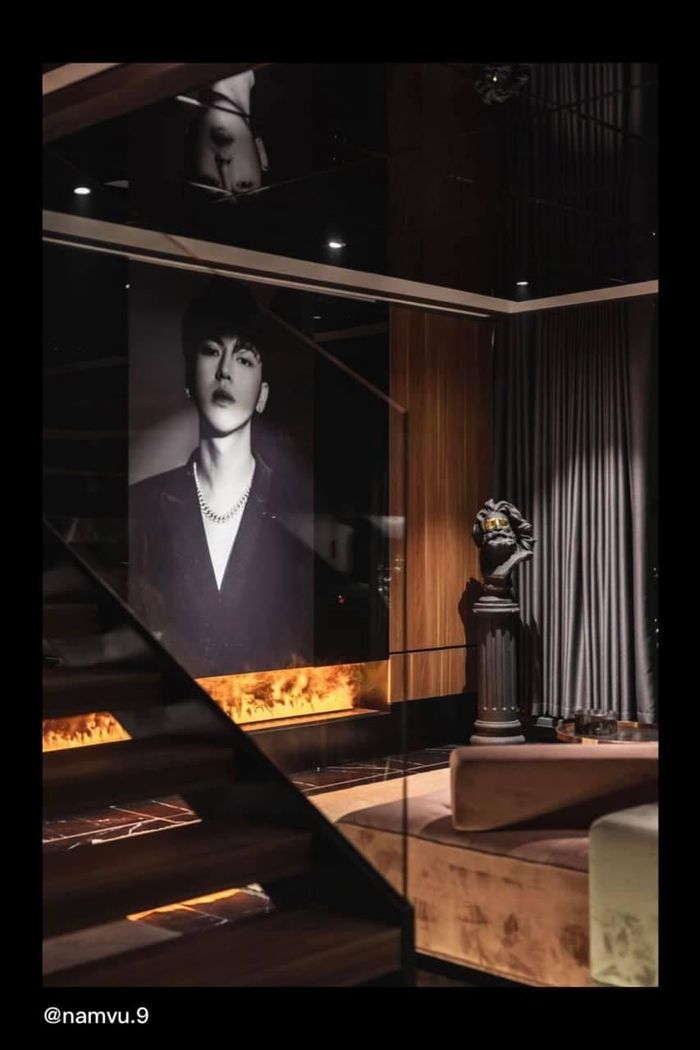 The first floor hangs a large portrait of the owner and displays the Bearbrick array on the TV cabinet. The total area of ​​the apartment including the first and second floors is 220m2. The first floor is designed as an open space, as a common living place. The living room is spacious with a large and long sofa for guests to comfortably sit and chat with the owner, enjoy music, sip a glass of wine, watch the city view when the lights are on. When gathering to watch a movie, everyone can lie down comfortably. Kitchen with dining table enough for 12 people to gather cozy on special occasions. 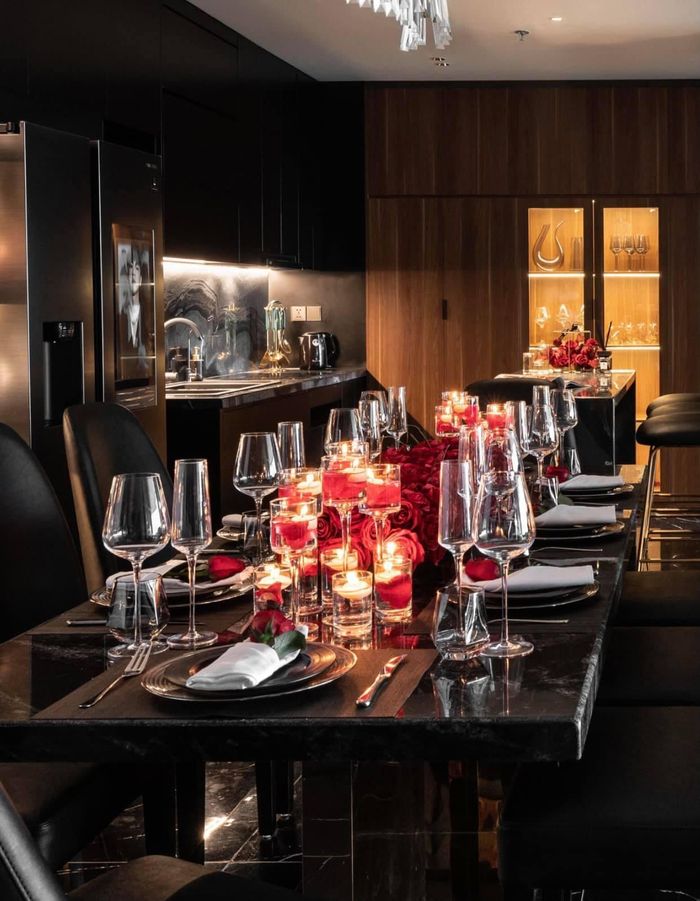 Although not good at cooking, the owner likes the kitchen area. For him, the kitchen is the place to keep the fire for the whole house, when the kitchen is warm, the house is happy. He buys a full range of dishes to eat both European and Asian dishes when gathering with family and friends. Next to the common living space is an office with a sofa to rest and read. The owner spends the entire 2nd floor as a private place including the master bedroom, dressing room, extra bedroom for parents to sleep over and a worship room. In particular, in this apartment, Hainan displays a large Bearbrick collection. Bearbrick is a famous toy among the rich in the world, priced from several tens of millions to several hundred million. Even, many products are up to billions of Vietnamese dong.

The owner of the apartment and 2 friends Bearbrick expensive metal. This toy was originally created as a gift for guests at the Character Convention 12 conference in Tokyo, Japan. After that, the toy received a lot of promotion from famous stars, so it became an icon in the world of toy collectors. As a result, Bearbrick is produced in many versions with different designs, themes, sizes, materials including synthetic resin, metal, wood, luminous plastic … All Bearbrick models are produced and released in limited quantities. 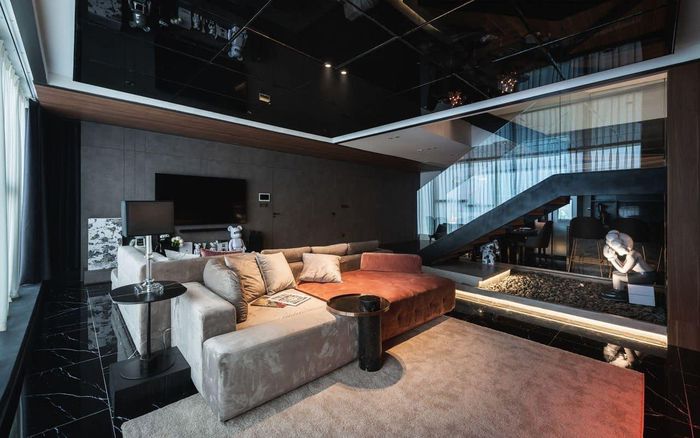 Another sofa on the first floor, located next to the stairs. 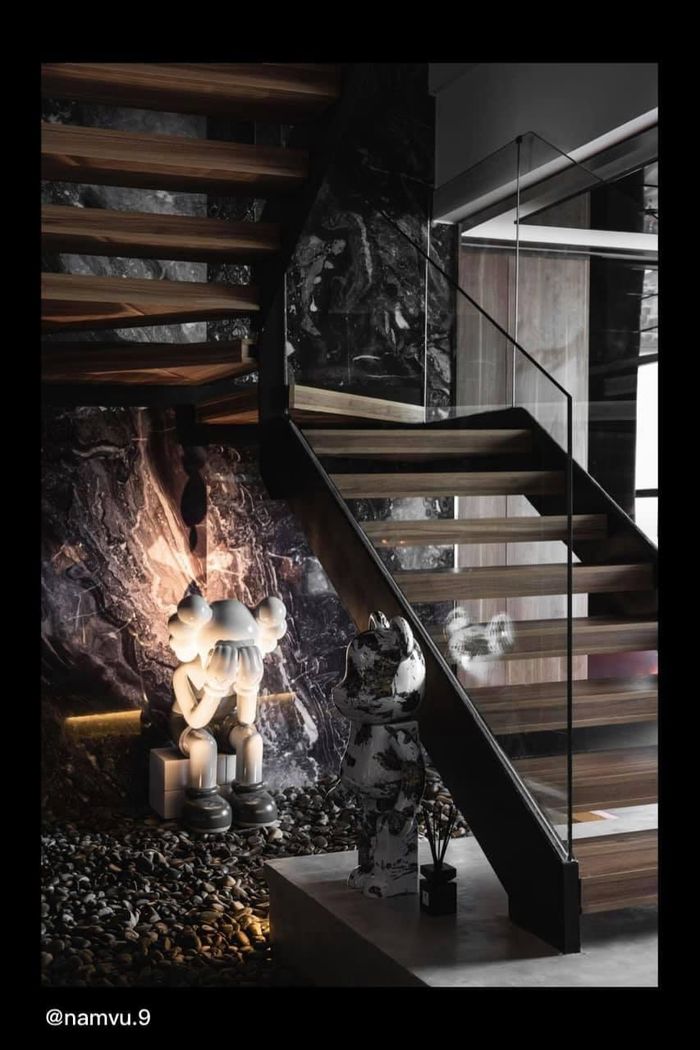 Wooden stairs, transparent glass handrail. Below is a reflector and a giant Bearbrick. 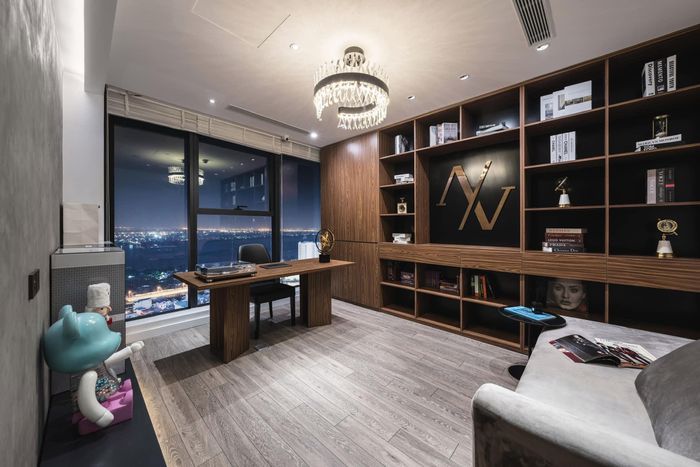 Working room with glass door frame has a panoramic view. Ceiling 4-season air conditioning system. There is also a medium-sized Bearbrick on display. 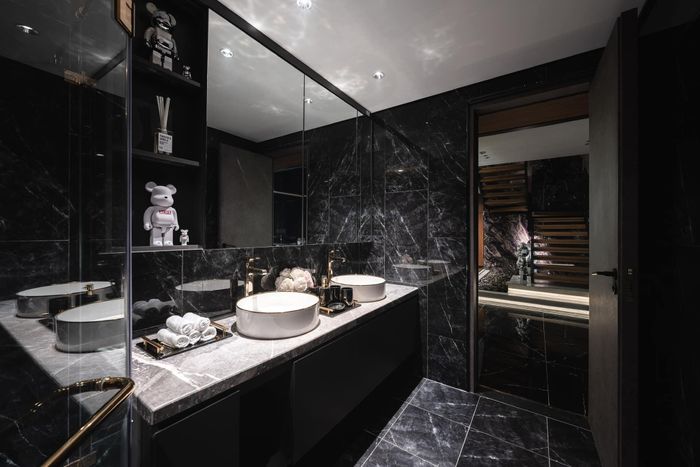 The first floor bathroom is installed separately for dry and wet areas. The dry area has 2 washbasins with gold-plated faucets, 5-star standard.

Hall leading to the 2nd floor.

In the center of the lobby is a piano.

A moment to find a little silence in the day of a young businessman. 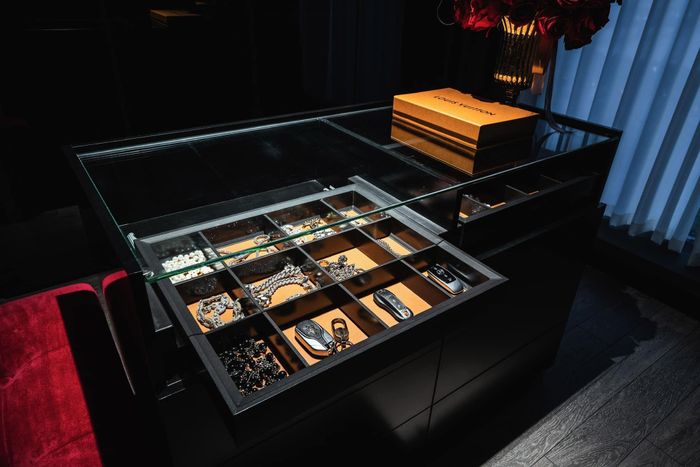 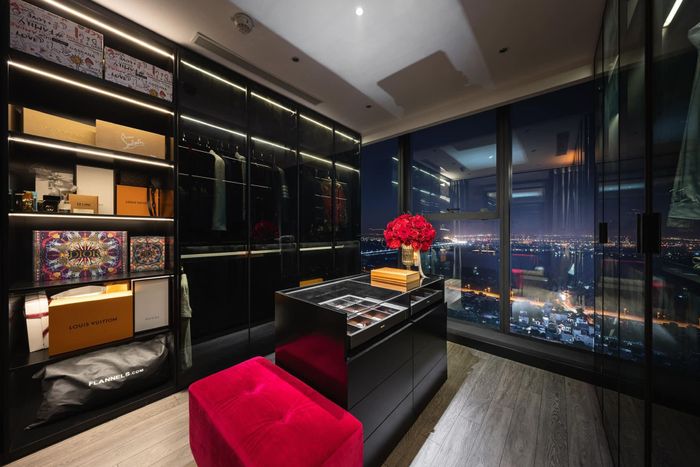 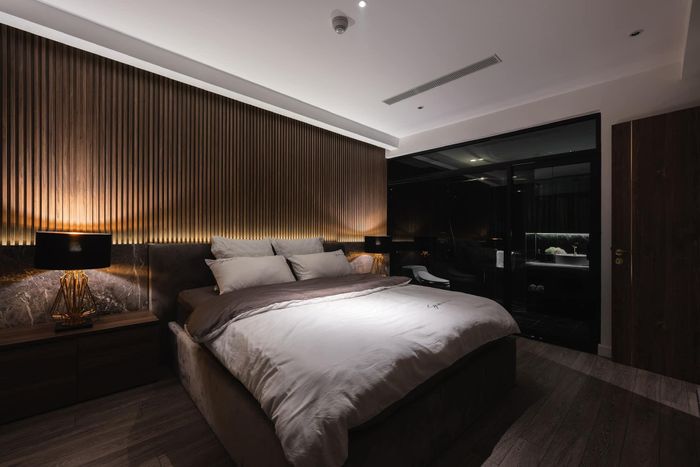 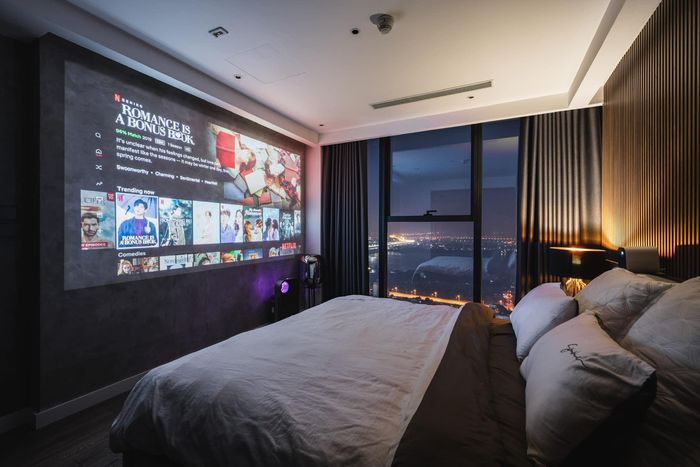 In the master bedroom, the owner does not place a TV, but designs a projector to be controlled via an app on a smartphone. Every time you watch, just turn on the machine, project it on the wall, add some snacks, and it becomes a mini cinema. 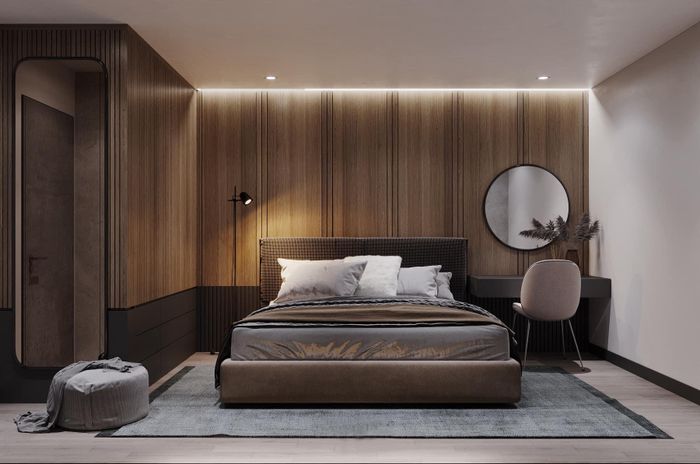 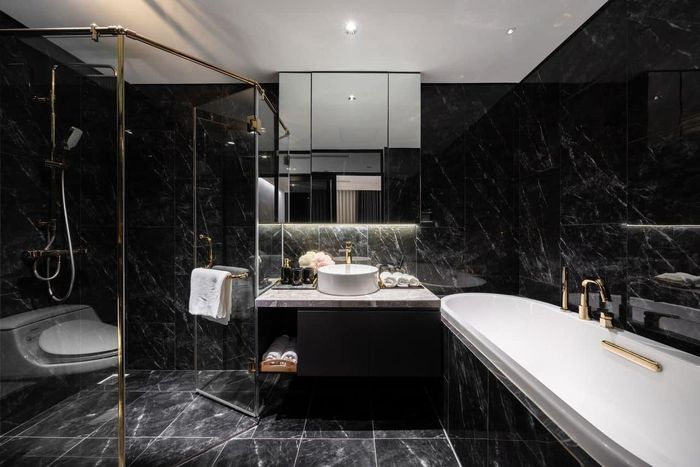 Buying furniture of the old house, the guy suddenly discovered the...

Đinh Phạm - April 25, 2021 0
Spending 10,000 USD to buy all the belongings of the deceased female teacher, Alex Archbold was surprised to learn that it was a treasure...