Actor Huynh Hong Loan – the former love of striker Tien Linh spent heavily on the new house, making the online community “nod” to praise.
Recently, actor Huynh Hong Loan shared her joy on social networks when she achieved the 2 goals she had set out earlier, buying a house and buying a car. 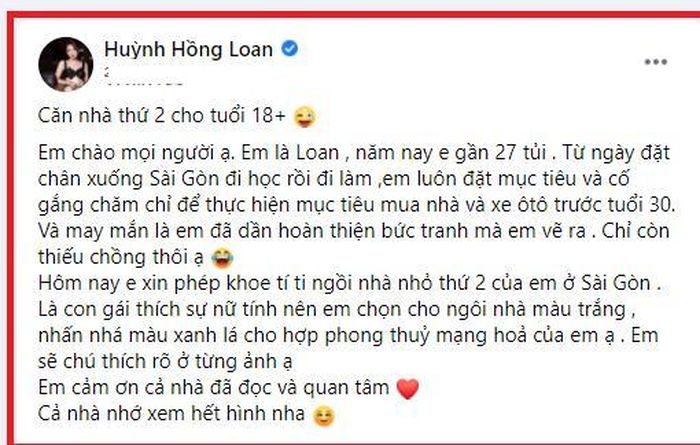 Huynh Hong Loan’s share posted on social networks quickly attracted netizens. 3 years ago, Huynh Hong Loan bought the first house in District 6, HCMC. Although far from the center, the house was suitable for Hong Loan’s budget at that time. Not stopping there, she continued to aim to have a house closer to the center. Recently, she was satisfied when she owned a luxurious and sophisticated second house with neoclassical style in District 2, with an area of ​​​​nearly 100m2. What makes the online community admire this 27-year-old actor is that the cost to own an apartment is about 4.5 billion VND and she also spends another 1 billion VND to redo the interior. Every item and decoration in the house is a hand selected by Hong Loan. 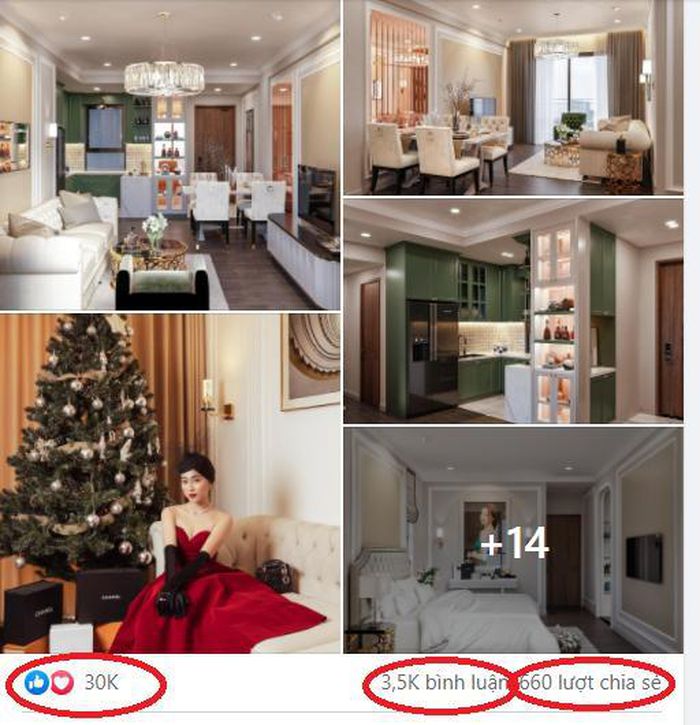 According to Huynh Hong Loan, her new house is a corner unit, so the view is wide, cool and extremely comfortable. The home space has the main color of white and a little blue in the small kitchen according to feng shui to suit her destiny.

Although only 27 years old, actor Huynh Hong Loan bought 2 houses in Saigon by himself. Hong Loan’s house has 3 rooms (2 bedrooms and 1 dressing room) but to serve her personal needs, she redesigned it, knocking the wall into a door to connect the 2 rooms together to create a house. wider space. The living room, dining room and kitchen are elaborately decorated, in the same color scheme as the design colors in the house. The bathroom space is also meticulously cared for using high-class porcelain, darker colors to create a clean and comfortable space.

The living room is decorated with modern Hong Loan 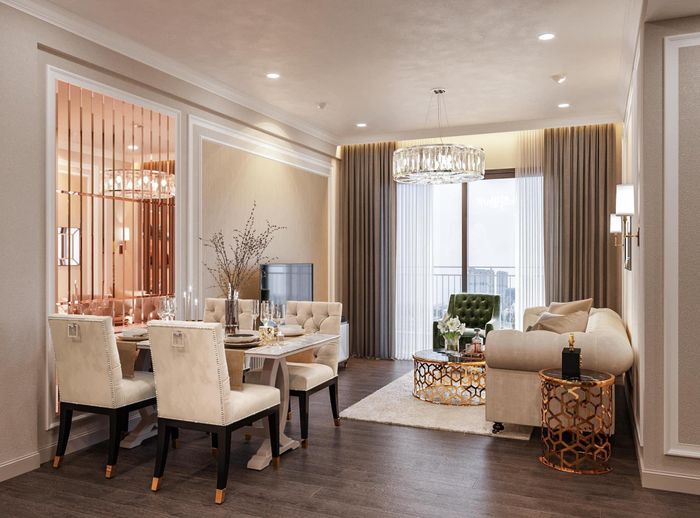 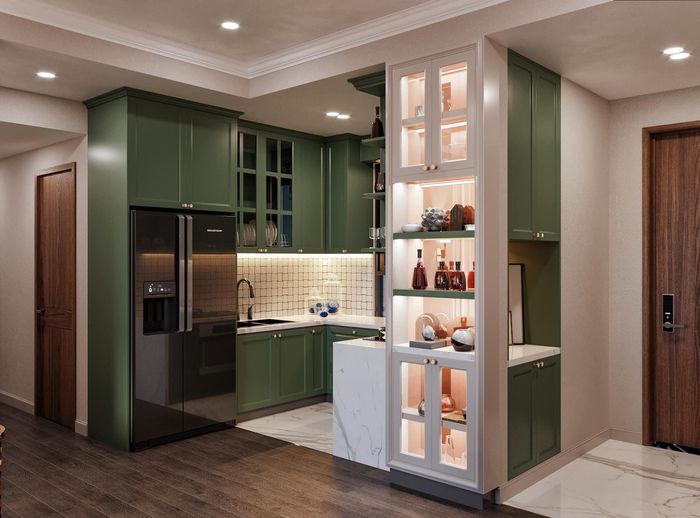 The kitchen was chosen by her in blue color, in line with the owner’s destiny. 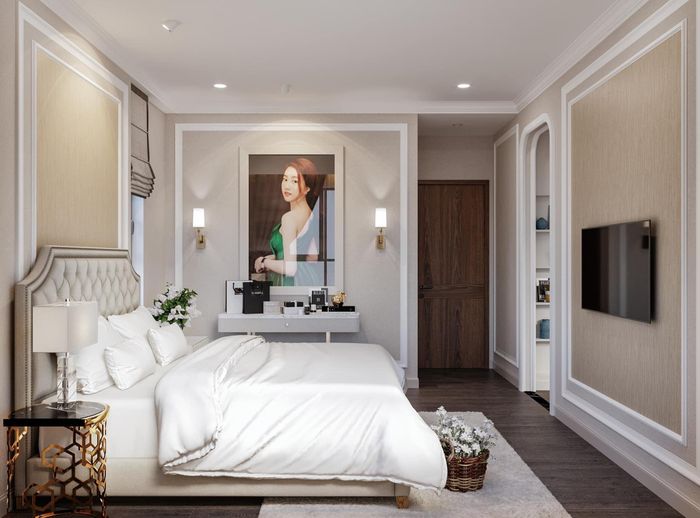 The main bedroom of the actress is white and gray to create a luxurious feeling. She let a large portrait of herself be the focal point of the room. 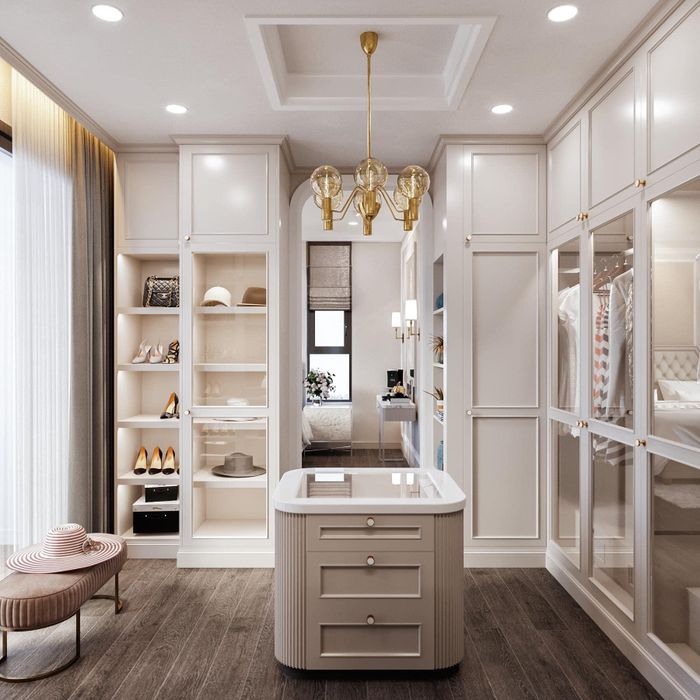 The house originally had 3 bedrooms, but she decided to redesign it so that the master bedroom was connected to the storage area. The room is a place for the actress to display branded items. 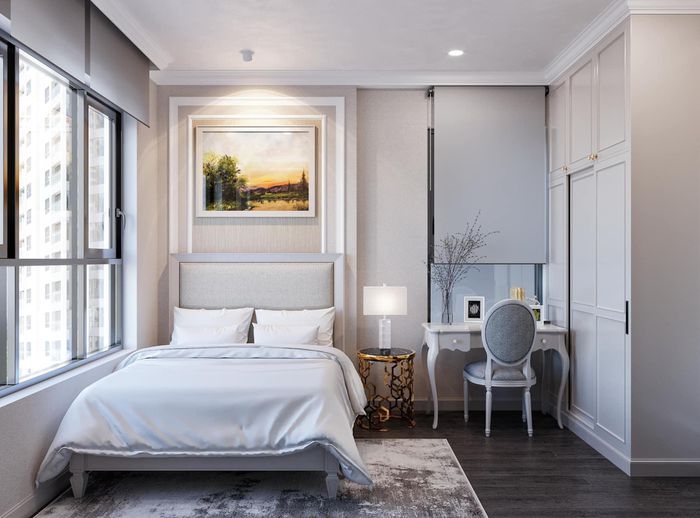 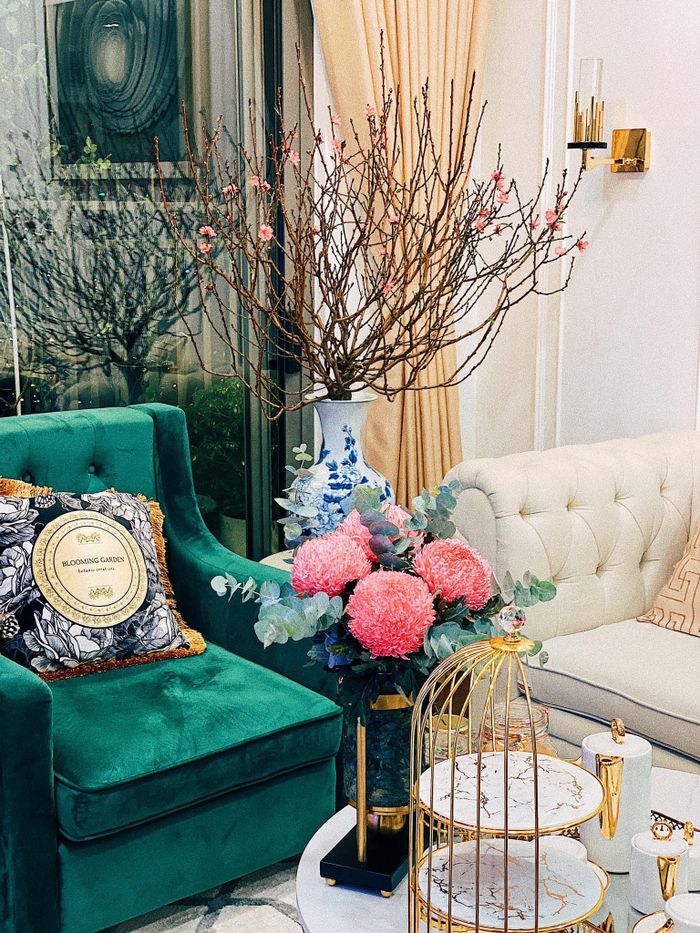 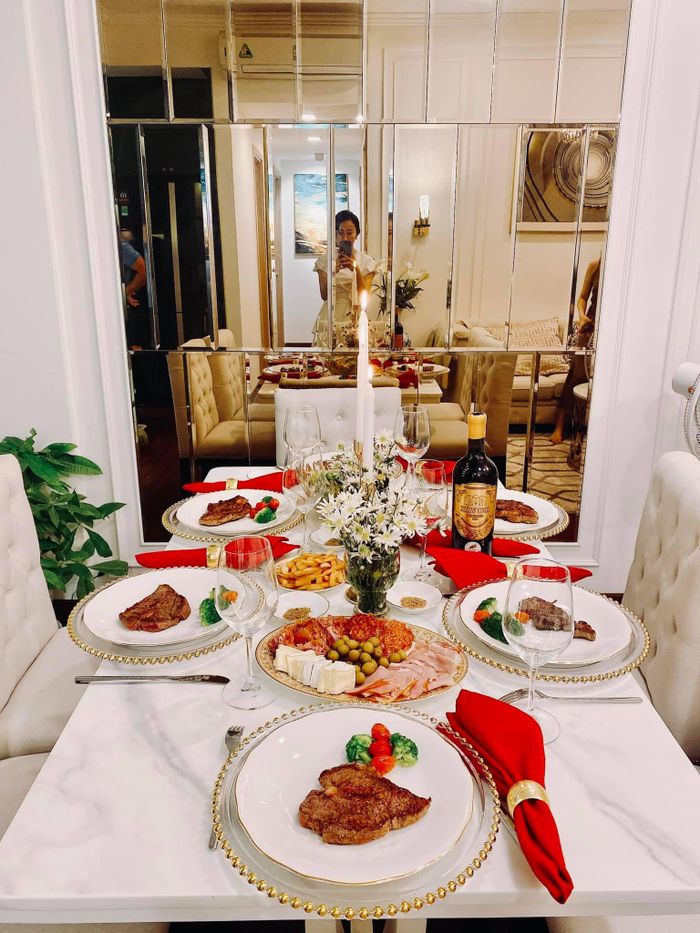 She invests in modern and luxurious style furniture.

The actress confided that at the age of 27, she had almost everything but still had not found her soulmate. In particular, she liked her very large balcony. She often plants trees, enjoys the panoramic view of the space every sunrise and sunset after stressful working hours 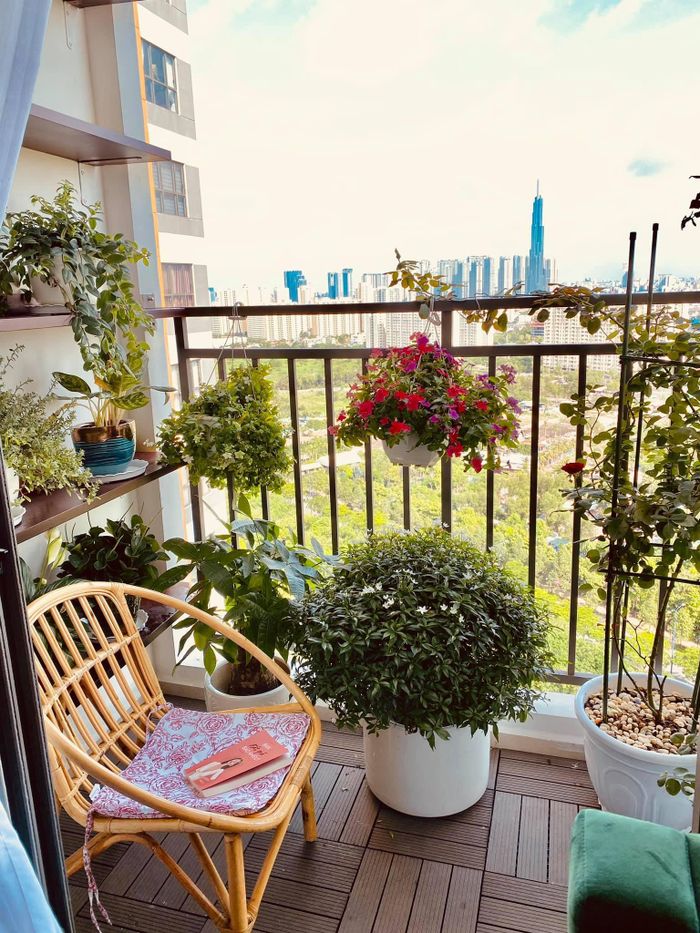 The balcony is so big that the actress grows many ornamental plants. 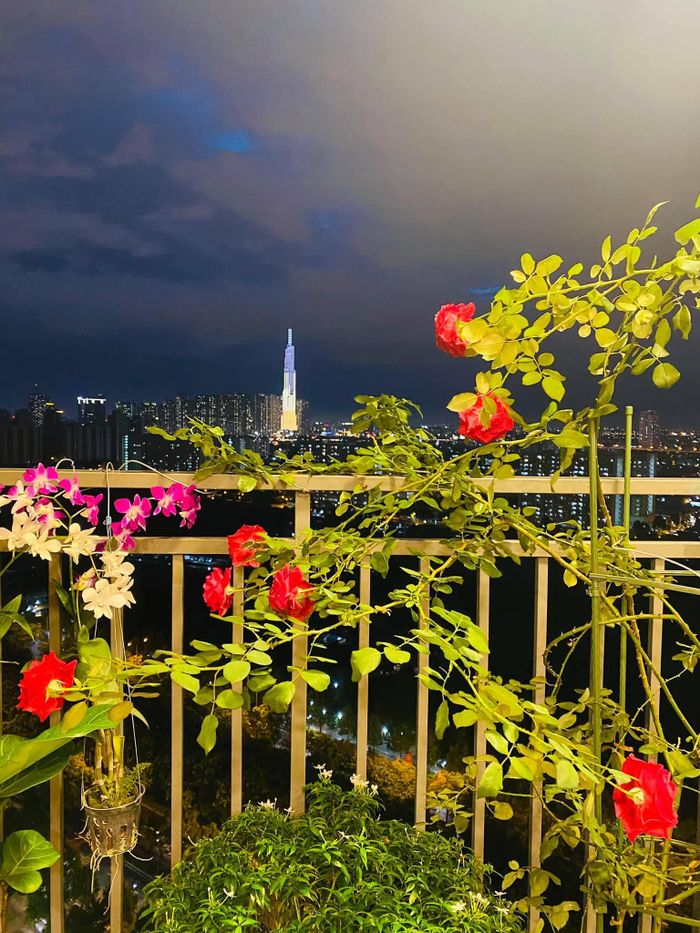 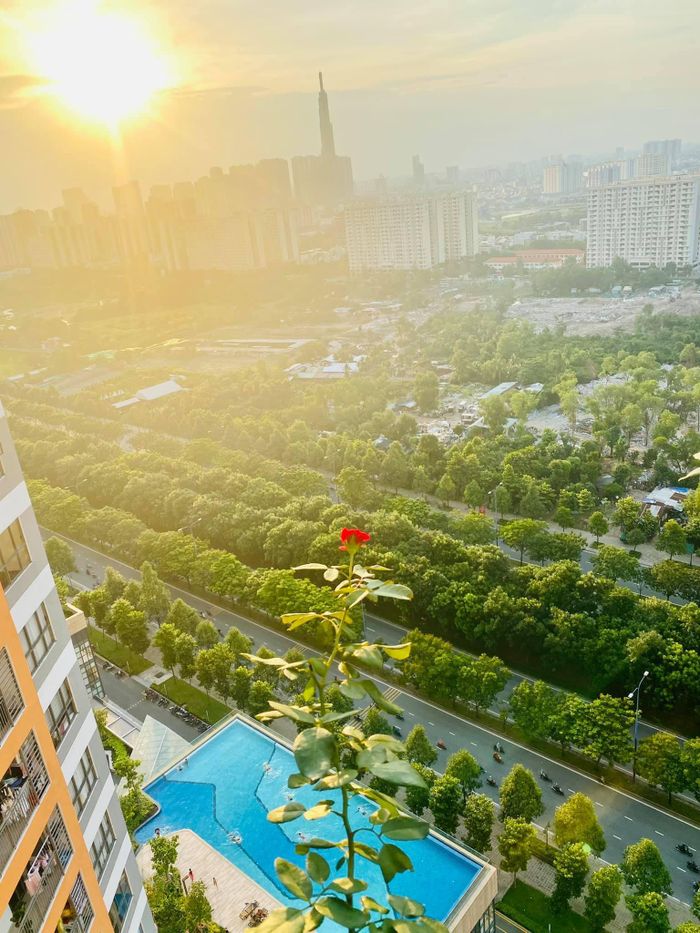 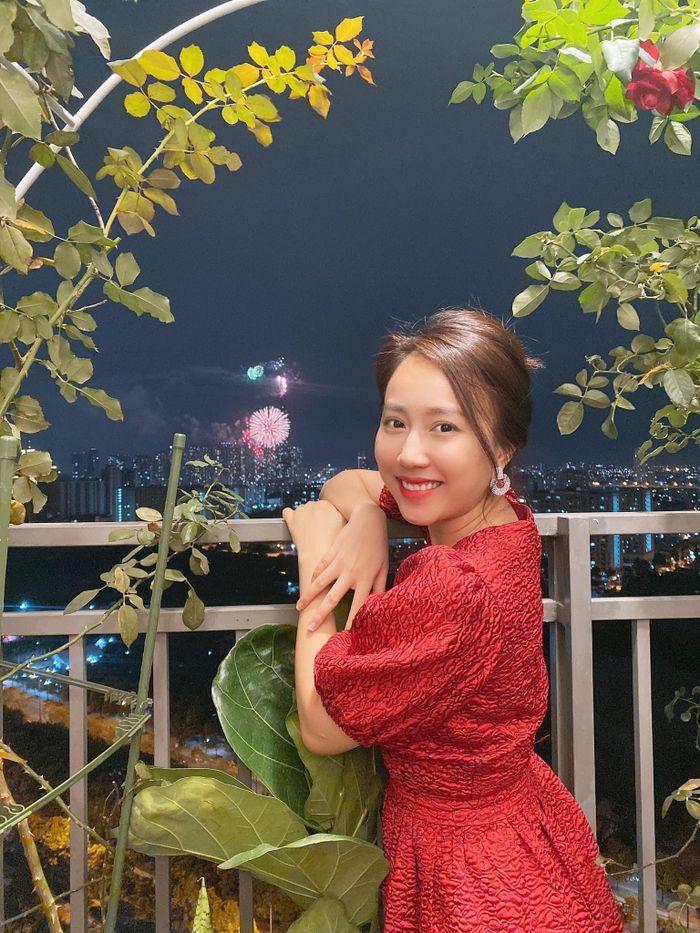 Huynh Hong Loan was born in 1994 in Thu Dau Mot city, Binh Duong province. She was known to the online community when she became a “muse” in the MV “Silently with you” by Son Tung – MTP. After that, she received many roles in TV series such as: Step-aunt restaurant, The Road of Sin, Mac Gia Ky, Chu Trinh, Like a love song, Deer’s Eye, Tracing the killer, … Hong Loan often plays the main character with a gentle and kind personality. With a delicate face and lovely smile, Huynh Hong Loan not only won prizes in beauty contests such as: “First prize of the 2014 Charming Ao Dai and Flower Contest”, “The runner-up of the Charming Ao Dai contest”. Vietnam 2015″ but she is also likened to a “copy” of Miss Dang Thu Thao. In addition, Hong Loan also received more attention when she had a brief love affair with Tien Linh, but it also cost a lot of media coverage. 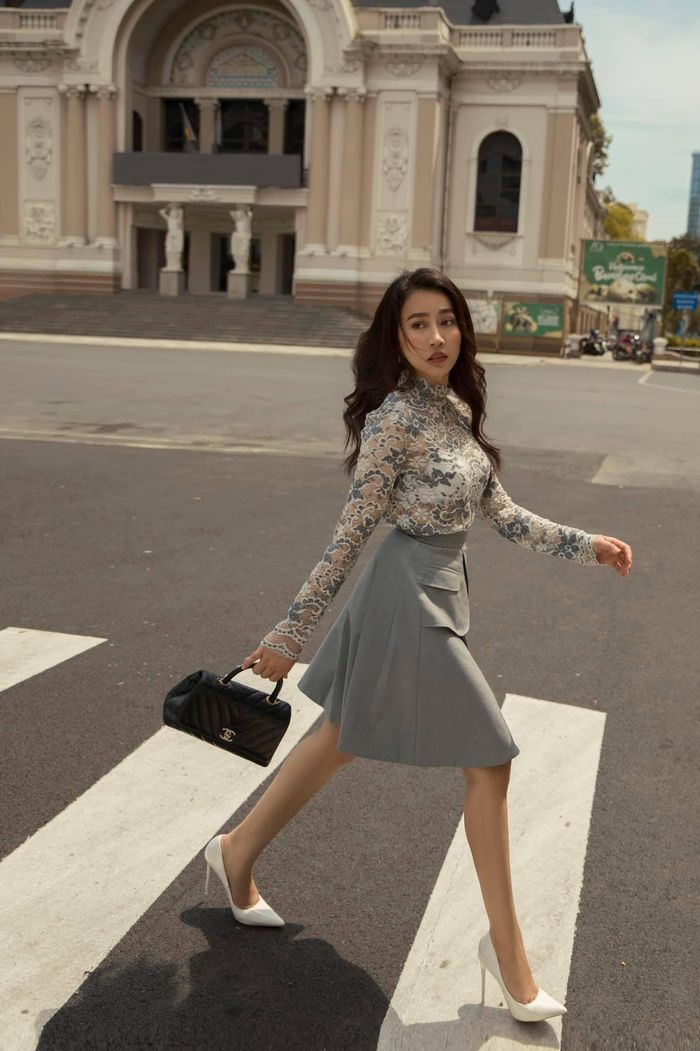 After breaking up with Tien Linh, she learned that being discreet is the best way to maintain a love. Although she is currently single, she is not forced by her family to get married. At the age of 27, Hong Loan has bought a second house and a car, but she is still looking for the perfect half to support herself in life.