Not only is it loved by tourists for its magnificent natural beauty with rolling mountains, attractive golden sand beaches. Vietnam is also famous for its amazingly beautiful waterfalls. From Ban Gioc waterfall, Khuoi Nhi waterfall, Dai Yem waterfall… all fascinate visitors with their own rare beauty. 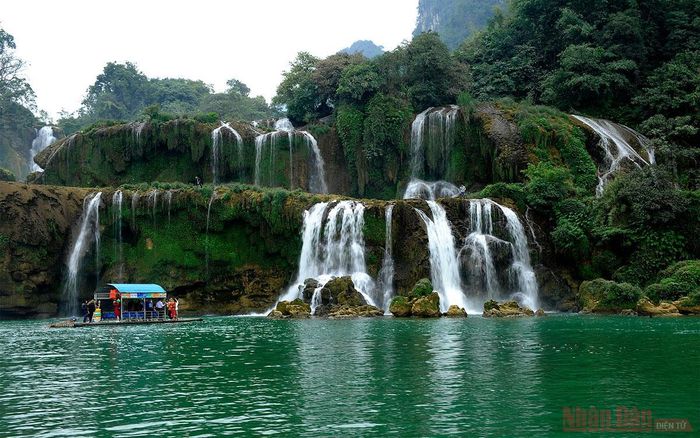 River bank with beautiful poetic landscape, fresh with grass, green mountains, white clouds floating. With a height of 53 m, a width of 300 m, the waterfall has three floors including many different large and small waterfalls. Large bodies of water poured down through many limestone steps, forming a white mist of water. 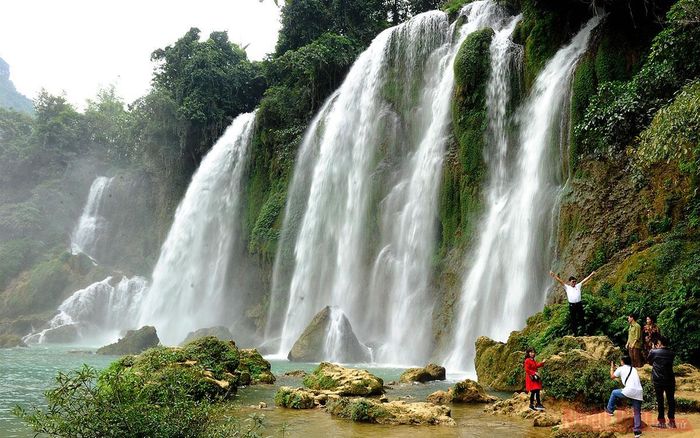 Even from afar, visitors can hear the rumbling sound of the waterfall reverberating over a large area. In the middle of the waterfall, there is a large stone tissue covered with trees that has split the river into streams like white silk. 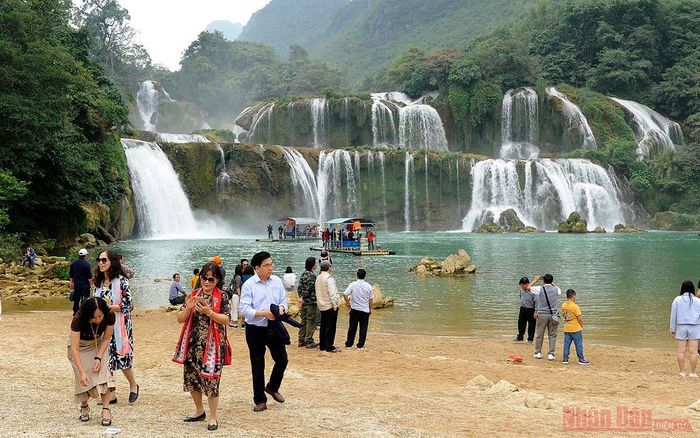 On a hot summer day, the air here is still cool, every morning when the sun shines through the steam forming a shimmering rainbow. Ban Gioc Waterfall with its own beauty and advantages is attracting more and more domestic and foreign tourists. 2 – Khuoi Nhi Waterfall Located on the Na Hang ecological lake bed with an area of ​​more than 8,000 hectares, Khuoi Nhi waterfall, located in Thuong Lam commune, Lam Binh district (Tuyen Quang) is an interesting and indispensable stop for tourists. 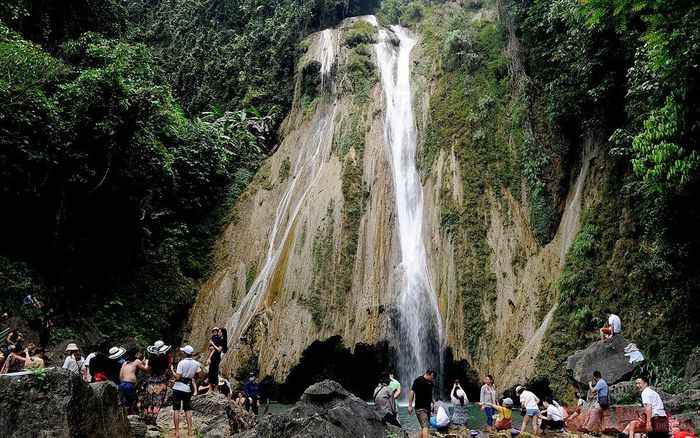 Khuoi Nhi Waterfall has many floors, flowing 3 km long from the top of the mountain to the soft lake bed like a fairy hair stream in the middle of a thousand. 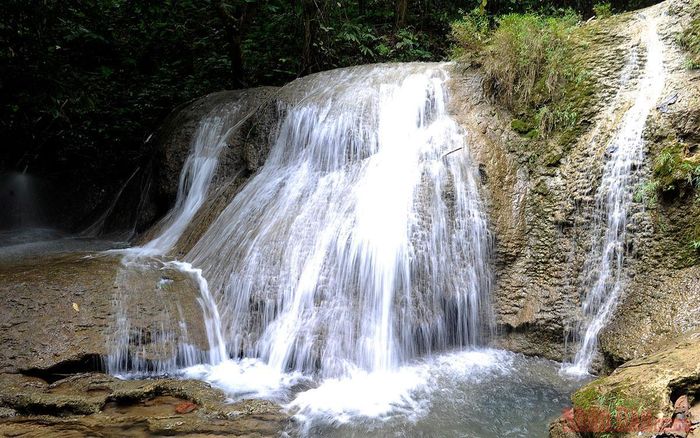 Going up to Khuoi Nhi waterfall is still the activity of climbing waterfall, bathing in waterfall, letting fish eat their feet. With a length of about 3 km, the waterfall falls from the top of the mountain to the cliff with clear, cool water. The waterfall has many floors, the water flows strongly, foaming on the white cliffs. The tiny water droplets that fly in the wind create a cool space. 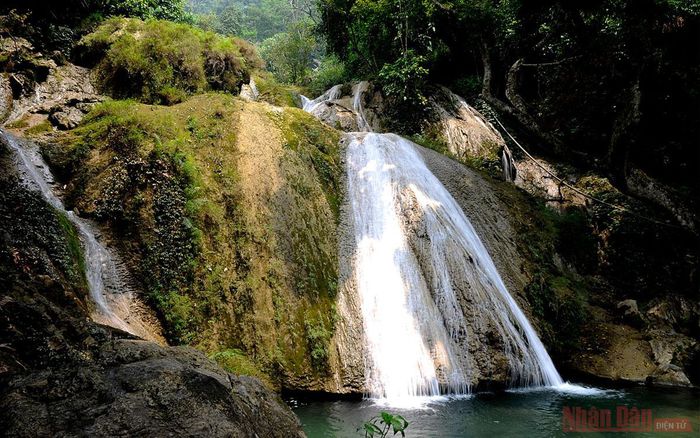 A “specialty” that can’t be found anywhere on the lake bed, only at Khuoi Nhi waterfall, is the feeling of “sad and pangolin” when tourists let fish eat their feet. With its own natural beauty, Khuoi Nhi waterfall is becoming an attractive tourist destination for tourists when coming to Na Hang ecological lake. 3 – Dai Yem Waterfall Dai Yem waterfall (or Nang waterfall, Ban Vat waterfall) is located in Muong Sang commune, Moc Chau district (Son La). Having such a gentle name because viewed from afar, the waterfall looks like a ‘band of bibs’ indifferently connecting heaven and earth. To enter the waterfall, you have to walk through the clearing.

Dai Yem Waterfall originates from the legend that the waterfall is the bib strip of a girl who saves a boy from the flood. 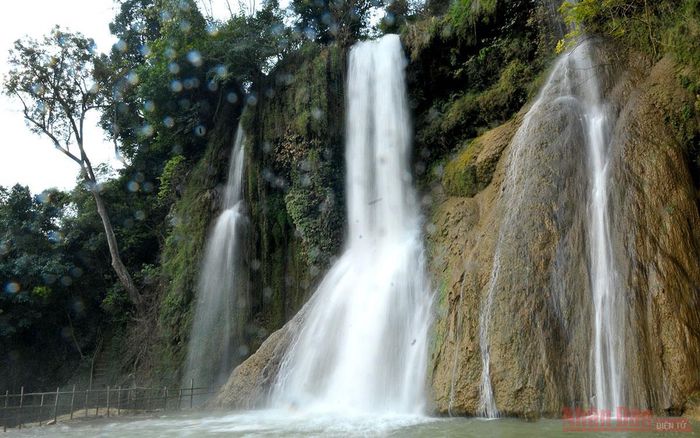 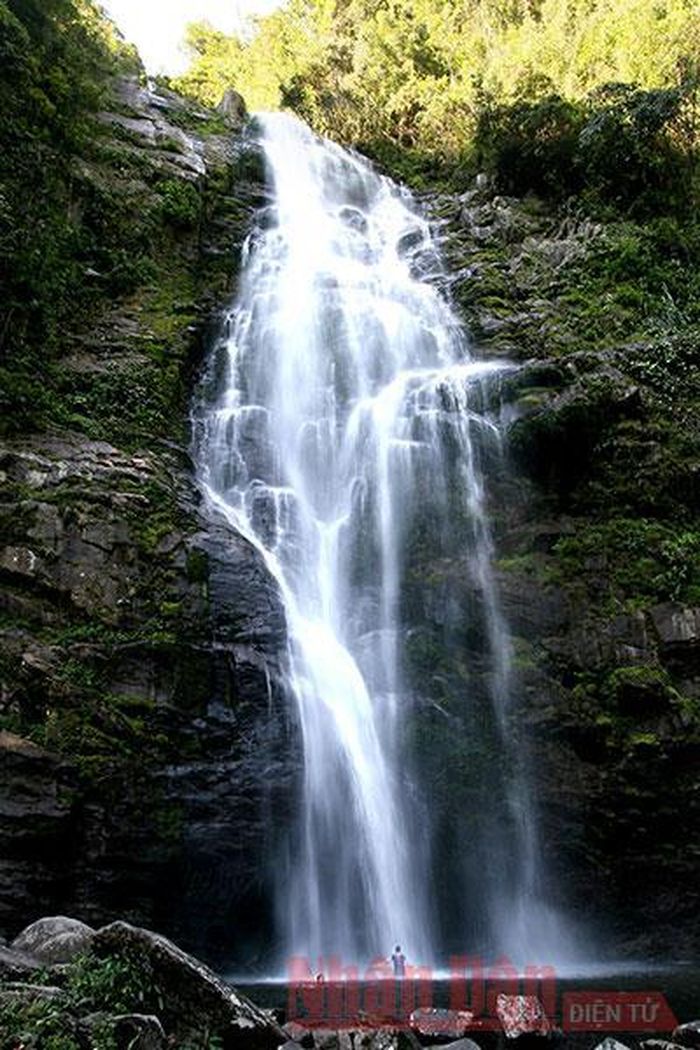 Khe Kem Waterfall falls from a height of 500m, the slope is about 80°, the water pours down from the top through three steps, splashing white foam. The road to the waterfall is winding, winding and bumpy, visitors can admire a beautiful scenery with their own eyes.

Looking up from the foot of the waterfall, you will have the feeling that the stream flows endlessly in white foam. Above and on both sides of the waterfall is a whole vegetation with hundreds of flowers blooming all year round. Each season has a flower, giving visitors the feeling of being lost in a vast flower garden. 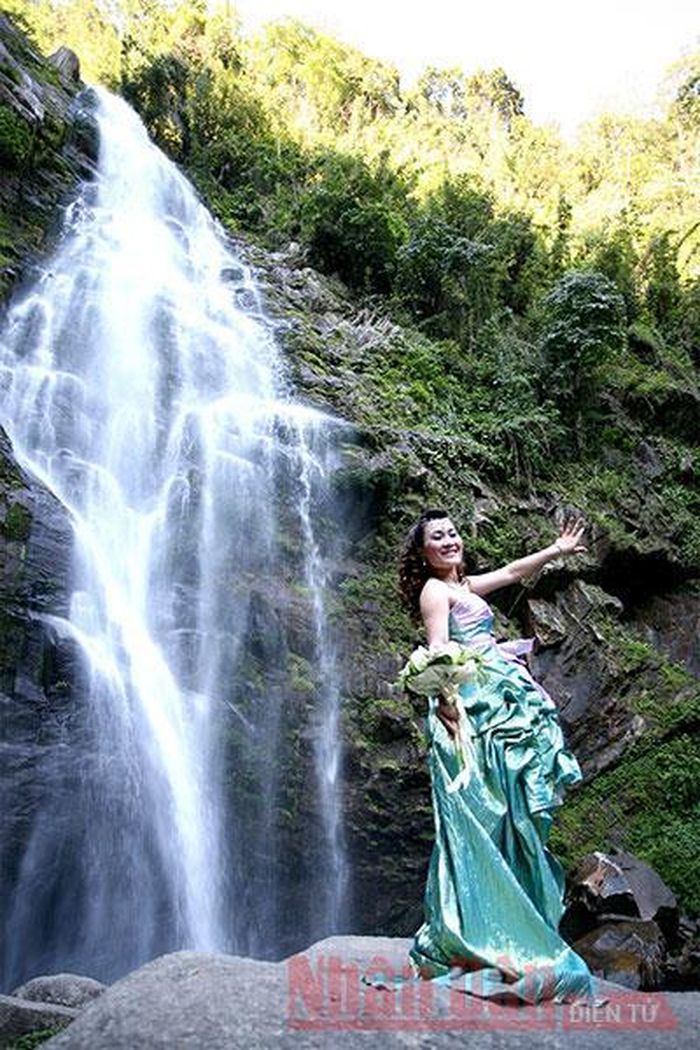 At the foot of the waterfall is a long stream of water, with flat stone slabs like large tables as a resting place for visitors.

T.B (tổng hợp) - May 16, 2021 0
Referring to the ringed bird, many people will think of a beautiful bird with its distinctive blue wings and white border around its eyes....