After 20 years of separation, Gianluigi Buffon is set to return to Parma, who will attend Serie B next season. Spider-Man’s goal is to be called up to Italy to attend the 2022 World Cup finals. 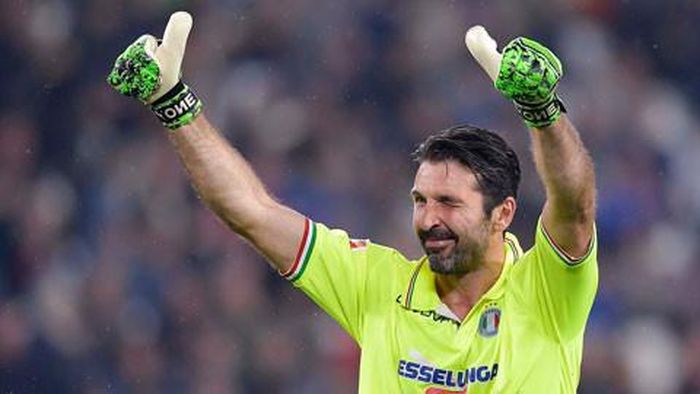 Buffon became a legend of Italian football thanks to his achievements at Juventus. But Spider-Man has never forgotten Parma, Ennio Tardini’s small football field was the first launch pad for him to become a big star of world football. After several failed negotiations over the past few years, this time Parma finally convinced Buffon to return to the Emilia-Romagna club. Before becoming a Juve legend, Buffon had 220 official matches to hold the Parma goal for 6 years (1995-2001). Back then, Buffon was teammates with a series of big stars like Lilian Thuram, Fabio Cannavaro, Hernan Crespo or Enrico Chiesa, a student of coach Carlo Ancelotti. Now Parma is no longer sparkling like the late 20th century used to stir European football, they will have to play in Serie B next season. This tournament is not too new for Buffon, who played in Serie B in the 2006/07 season under the Juventus shirt right after winning the world championship with Italy. Although he said goodbye to Italy in May 2018 at the age of 40, Buffon is… thinking again. Spider-Man feels that his mission with the blue shirt is still unfinished. Buffon would have become the first player in the history of world football to have six World Cup finals if Italy hadn’t slipped in the qualifying round in 2018. Buffon’s goal is to be selected as Italy’s number three goalkeeper in the 2022 World Cup finals (assuming Italy qualify). Of course, Buffon will have few opportunities to play if he is the number three goalkeeper, but his experience can help his teammates at important moments. This is not an impossible task because apart from Gianluigi Donnarumma being so excellent in goal, neither Alex Meret nor Salvatore Sirigu are Buffon’s opponents in terms of stability. Before agreeing to return to the old roof of Parma, Buffon also turned down the opportunity to serve Barca, simply because he could not be started if he joined the Camp Nou. Meanwhile at the age of 43, Buffon is still very hungry to play, after 2 years on the bench at Juve. If Parma’s form helps Buffon qualify for the 2022 World Cup, he will set two records: the first player to attend 6 World Cup finals and the oldest player in the history of this tournament (44 years old when the tournament started. ).

Theo Hồng Duy/Bongdaplus - April 15, 2021 0
Bayern Munich will face a change in force from coach to player after being eliminated by PSG from the quarter-finals of the Champions League...