Home Business Business owner with 500 trillion capital: ‘Money is not available, but gray...

During an online “press conference” on his YouTube channel, Nguyen Vu Quoc Anh repeatedly affirmed that the number of VND 500,000 billion is nothing for the reason that he has too much brainpower.
On the morning of June 15, as promised, Mr. Nguyen Vu Quoc Anh, General Director of the Global Auto Technology Investment Group Joint Stock Company (Auto Investment Group) held a “press conference” to answer related questions. information to register the company’s charter capital of VND 500,000 billion.

Like how he surprised, this press conference was no exception. Accordingly, from June 14, many people “fall back” when they received the notice of the CEO of this tens of billions of dollars in the status line on their personal Facebook: “Press conference will be held tomorrow Tuesday, June 15, 2021 on YouTube broadcast at 9:00 AM – 11:30 AM “. 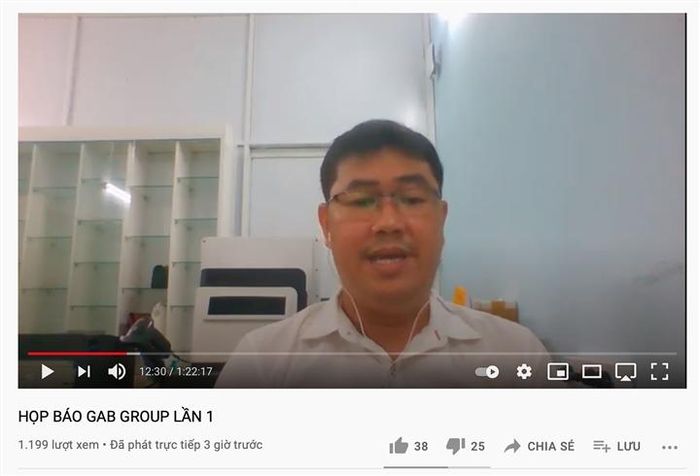 Mr. Nguyen Vu Quoc Anh, General Director of Auto Investment Group in an online “press conference”. The CEO’s online “press conference” attracted hundreds of views at the same time with the same number of comments. Most of them are people out of curiosity, want to see how. The content of the comments were all encapsulated in the advice of Nguyen Vu Quoc Anh “to be confused, less explosive, less delusional”. Some people also think that the CEO of Auto Investment Group is “crazy” when holding a press conference but only monologues with the computer. At the beginning of the story, Nguyen Vu Quoc Anh shared the company’s “great” ambition with the desire to digitally transform businesses and state agencies as well as individual business households; oriented to become a technology corporation representing Vietnam to the world to compete with other illustrious corporations to bring foreign currency to Vietnam. “This year’s revenue is expected to be about 10,000 billion from July to December. Since we have not been able to promote the markets of India, the US and China, I have not been able to open it yet, at the end of this June I will open the markets. this to bring in revenue for our market.Of course people think the number is huge but to me it is nothing. In 2022, I have to bring in 1 billion USD, don’t say our corporation is a startup, I am not a statup, if you think I am a startup, you are wrong. We go 500 times faster than the startup, next year’s revenue of 1 billion USD is not big for me, only approximately 25,000 billion VND. By 2023 – 2025 trying to bring in 30 billion USD, this number is formidable. We will cover 250 countries… In 2025-2027, the revenue is 50 billion USD, this number is really not small but also not big with our vision. In 2025, we will build a financial business center and automatic replication in Vietnam, if it is favorable, we will build 17 buildings representing 17 of our companies. Investment capital is about 30 billion USD, I said I will make it. CEO Auto Investment Group promises.

The online “press conference” of the “big CEO” attracted hundreds of views at the same time with the same number of comments. With these huge numbers, it seems that everyone will pay special attention, but most followers just want to know how much money Anh’s huge corporation has “stored” in the account. However, his answer was once again shocking: “I have a lot of gray matter, I don’t have money right now, but if I have gray matter, I will have it all” . To make the argument convincing, Mr. Nguyen Vu Quoc Anh mentioned potential investment sources that can be easily mobilized: “Please Mr. Hai, Mr. Ba, Mr. Tu, Mr. Nam (big businesses in Vietnam) to support his brother, each person contributing a few billion dollars to the youngest brother is also an ok number… I want you alone. youngest brother, I wish my parents were the State. My brother and I are the big men of Vietnam who have the support of the youngest, of course we go out and play with them. It’s as simple as that.” For more than 1 hour “hosting the online press conference”, the information “remains” in the followers that this is an 8X CEO with “superior talent”. Because, through the information shared, it can be confirmed that at the moment, Nguyen Vu Quoc Anh does not have much. According to the research of PV VTC News, the Global Auto Technology Investment Group Joint Stock Company has its head office located on the 46th floor, Bitexco Financial Tower building (2 Hai Trieu Street, Ben Nghe, District 1, Ho Chi Minh City). .HCM). This company has 3 founding shareholders, in which Mr. Nguyen Vu Quoc Anh contributed VND 499,998 billion and 2 other individuals contributed VND 1 billion each, Nguyen Thi Diem Hang and Luu Huu Thien. 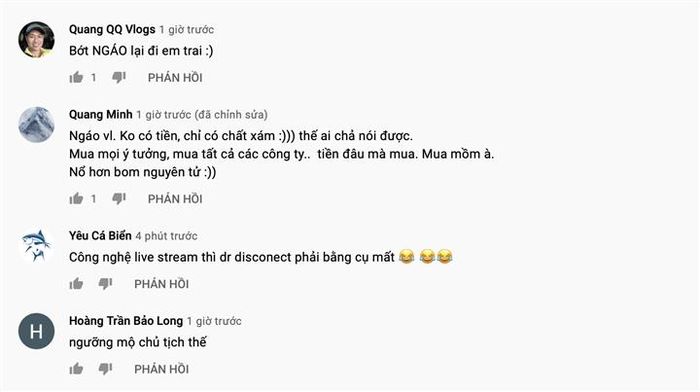 The comments are all encapsulated in the advice of Nguyen Vu Quoc Anh to “be less confused, less explosive, less delusional”. Immediately after the announcement, this information immediately attracted the attention of many people. Because with the above charter capital, this enterprise is far ahead of the leading economic groups in Vietnam at the moment. However, according to the actual research of PV VTC News, the office address on the 46th floor, Bitexco Financial Tower building that Mr. Nguyen Vu Quoc Anh registered the company’s headquarters in is a virtual office. This office is currently operated by Compass Office (an enterprise specializing in providing virtual and serviced office rental services). Currently, the group’s only location is the private house of the CEO of 8X himself, an old grade 4 house on 3rd Street (Neighborhood 2, Phuoc Binh Ward, Thu Duc City, Ho Chi Minh City).

E-Government will develop into a Digital Government, serving the people

Nhật Minh - June 15, 2021 0
With the development orientation towards Digital Government, the way of serving people and businesses will be transformed. On June 15, the Prime Minister issued...