Home Science Does the phenomenon of white head whiteness after just one night like...

It is said that the hair of Marie Antoinette, queen of the French king Louis XVI, completely turned white the night before she was slashed, when she was 38. So does this phenomenon really exist or not?
The above story may be just fiction, but the phenomenon of hair graying overnight or in a very short time is completely real and it is called Marie Antoinette Syndrome. 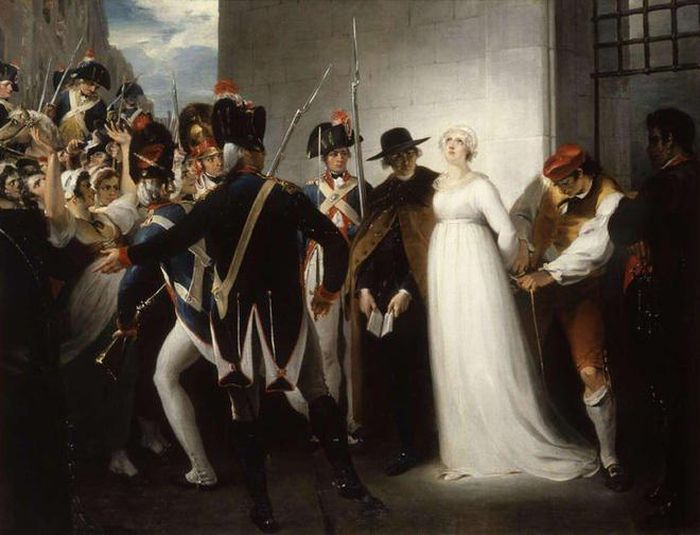 Marie Antoinette syndrome is a phenomenon in which a person’s hair suddenly turns white (depigmentation). The condition’s name comes from the folk tale of French queen Marie Antoinette, whose hair is said to have suddenly turned white before her execution on October 16, 1793. People often assume that this syndrome is caused by pressure – perhaps this is most evident in the photos of the head of state before and after taking office. 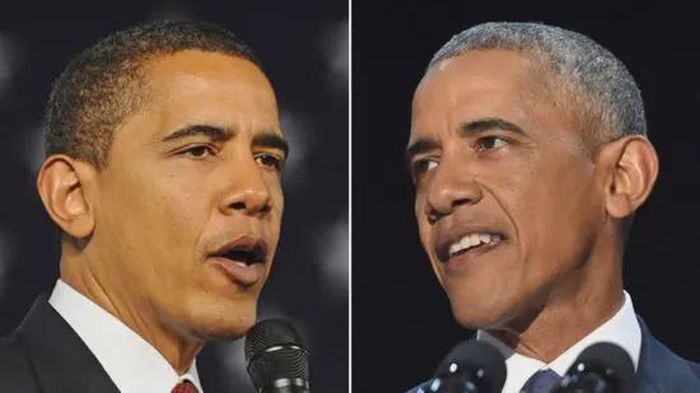 Compare President Obama before and after taking office, retiring. However, because the specific mechanism of graying hair has not been elucidated, it is not clear that 3 factors of aging, genetic factors and stress will affect gray hair to what extent. Recently, researchers from Harvard University published a study in the journal Nature that identified the mechanism by which rat hair turns gray prematurely under stress. The average human scalp has 100,000 hair follicles, and humans also have many different hair colors. Hair color is determined by melanocytes, which produce melanin that absorb light in various combinations. Melanocytes are derived from melanocytes (MeSC), located in the protruding part of the hair follicle. The hair growth cycle is divided into three phases, namely the anagen growth phase, the catagen resting phase, and the telogen long metabolic (shedding) phase. 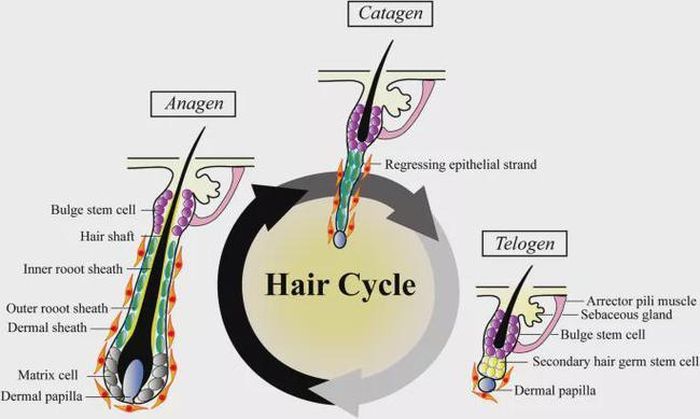 Hair growth cycle: growth phase, resting phase and shedding phase (from left to right). Melanocytes are produced during the growth phase. As a person ages, the melanin stem cells will gradually deplete, and the pigment produced will have a “salt-and-pepper” color, then turn gray, and finally white – the pigment is completely lost. in all hair follicles. At first, researchers suspected that stress would trigger an immune attack on melanin stem cells. But this was later proven to be a false hypothesis, as the mice lacked immune cells but remained mutated and had white spots. Stress increases the secretion of the hormone cortisol, so researchers are beginning to suspect that the hormone cortisol is responsible for the hair color change. However, when the cortisol-producing glands were removed in the mice, the mice’s fur would still turn white. Finally, the scientists focused on the sympathetic nervous system, the system in the body that is used to control the stress response in dangerous situations. Through studies, scientists discovered that melanocytes are located in the bulging part of the hair follicle, surrounded by neurons of the sympathetic nervous system, and release a neurotransmitter molecule. nerve is called norepinephrine. 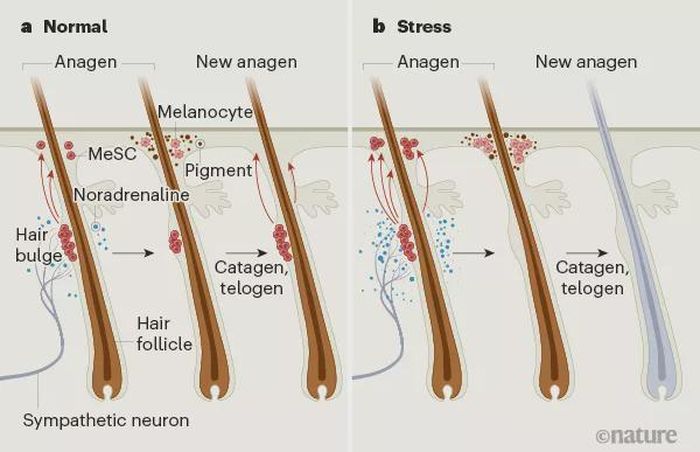 Melanin stem cell activity under normal and stressful conditions. As can be seen in figure a, under normal conditions, melanin stem cells (MeSCs) migrated from the bulge (in the direction of the red arrow) and differentiated into melanocytes during the analysis. From there, melanocytes synthesize pigment to make the regenerated hair dark. During the degenerative and resting phase, these stem cells begin to die. However, in the next growth phase, there will still be a large amount of new MeSC used to replace the dead stem cells. In figure b, the researchers found that external pressure stimulates and activates the sympathetic nervous system, increasing adrenaline release in the hair follicles. Norepinephrine then causes the MeSCs to completely transform into melanocytes, and none of the stem cells survive the growth phase in the next cycle. Since no new melanocytes are produced, the hair is naturally greyish white. The researchers also tested the effects of different pressures on the fading of the mice’s fur. At different stages of hair growth, they exposed the mice to three different stressors – pain, limited mobility, and psychological stress. All three of these factors induce MeSC depletion, which eventually leads to the appearance of white hairs. 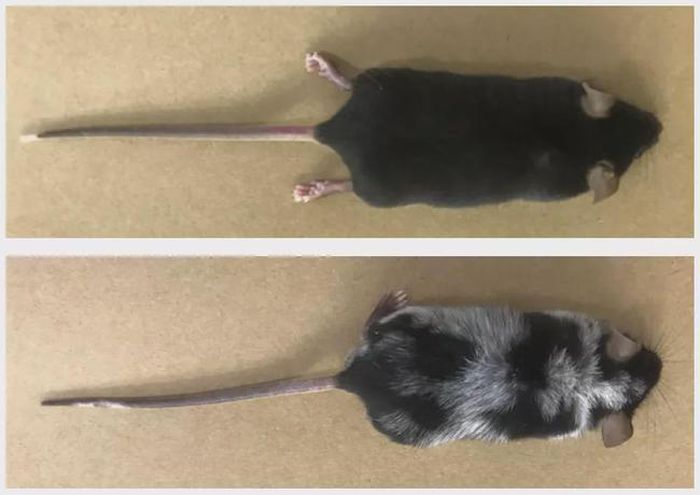 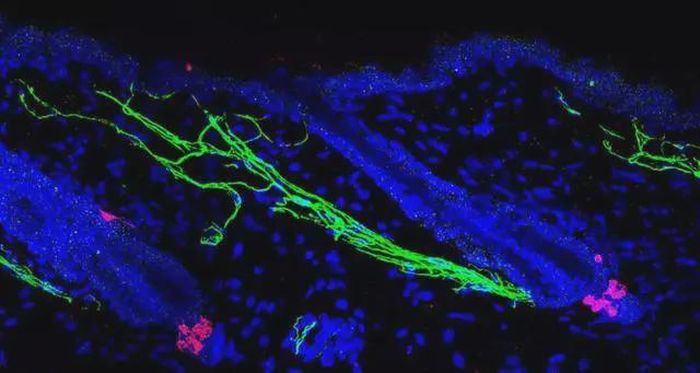 The red shows the melanin stem cells at the bottom of the hair follicles and the sympathetic nerves are shown in green around them. Therefore, the culprit behind Marie Antoinette Syndrome is adrenaline, but our problem is not over yet. Stress produces adrenaline which turns our hair gray, so can a silvery bangs help relieve stress? The team from Harvard University, led by Xu Yajie, believes that hair-whitening is actually a side effect of sympathetic nervous system stress processing: “For species like octopuses and geckos flowers have the ability to change color rapidly, the pigment cells in their body will be activated under the influence of the nervous system, but in today’s mammals, only melanocytes remain. very sensitive to the hormones secreted by the nervous system. Once the hormone is secreted in excess, these cells are inadvertently activated.” Gray hair color is not life-threatening, so in the process of evolution, this small defect has remained. In fact, in the face of stress, hair doesn’t actually turn completely white overnight, which is a slow process and lasts for several months. In addition to being associated with stress and age, gray hair can sometimes be related to experience, leadership, and trust. For example, when a male silverback mountain gorilla is fully grown, it will grow gray hair on its back and become the leader of the gorillas. After being subjected to enough pressure, individuals that are “dyed” white often have a higher status in the community than their age.

The Emperor of China and the ‘lottery to choose a town’